Mystery of the Missing Magic is a Snow White promotional comic that was available 55 years ago at your local grocery/super market. The 5" x 7" booklet was sponsored by Reynolds Wrap and designed by Western Printing & Lithographing Co., copyrighted 1958 by Walt Disney Productions. The 16 page comic book was a free give-away, "compliments of" whatever store name was printed across the lower front cover. 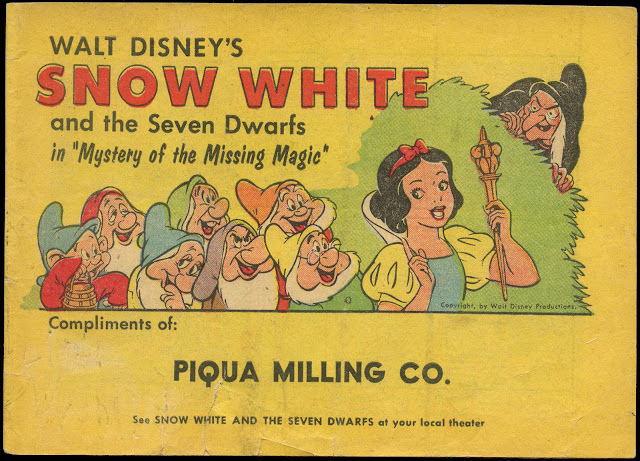 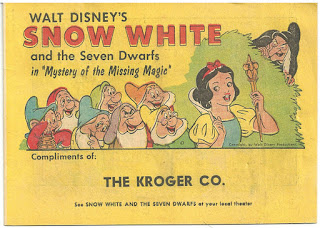 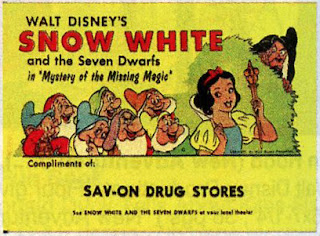 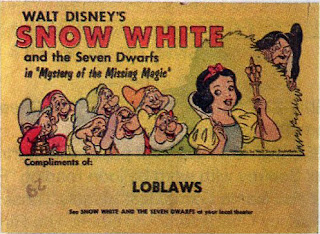 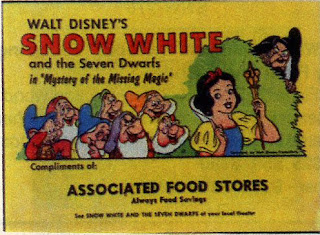 The story begins with Snow White wondering what's keeping the Dwarfs who are late for dinner. You can see a box of Reynolds Wrap sitting on the table. 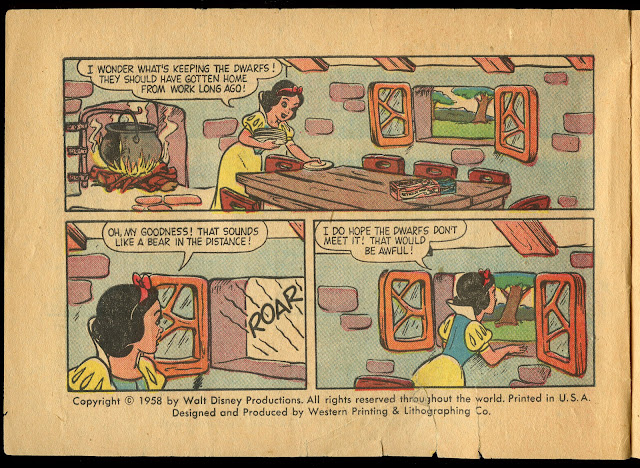 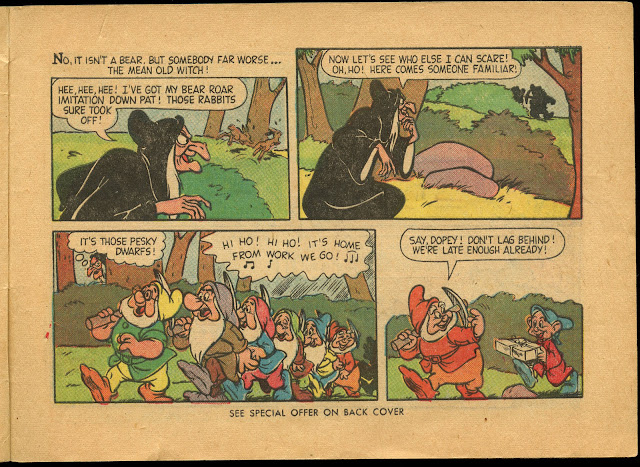 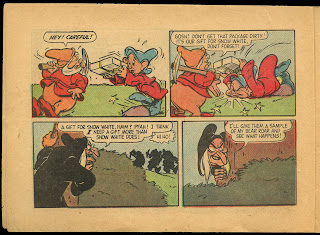 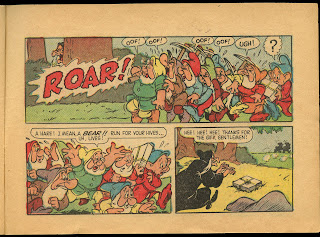 In this tale, the Old Witch has her own little house in the woods; there's no mention of the Queen's castle. 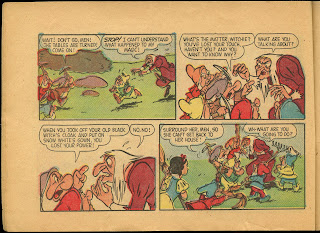 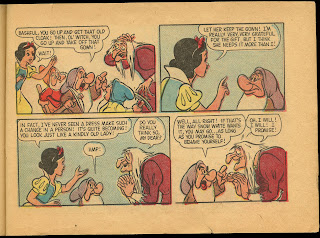 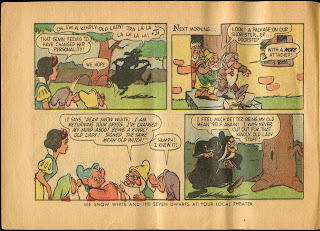 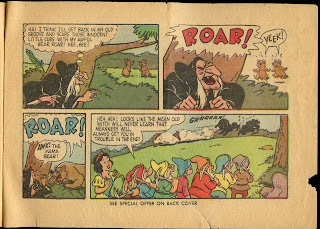 A promotional offer on back was for 8 full color plaques of Snow White and the Seven Dwarfs, all for only $1.00 and a Reynold's Wrap carton seal. 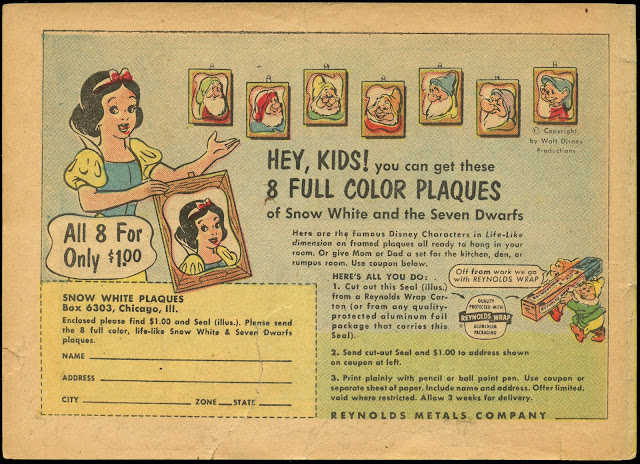 
The comic was advertised on page 12 of the 1958 Snow White pressbook. Five millions copies distributed free.

And the eight color plaques (seen in earlier post) were listed on page 13. 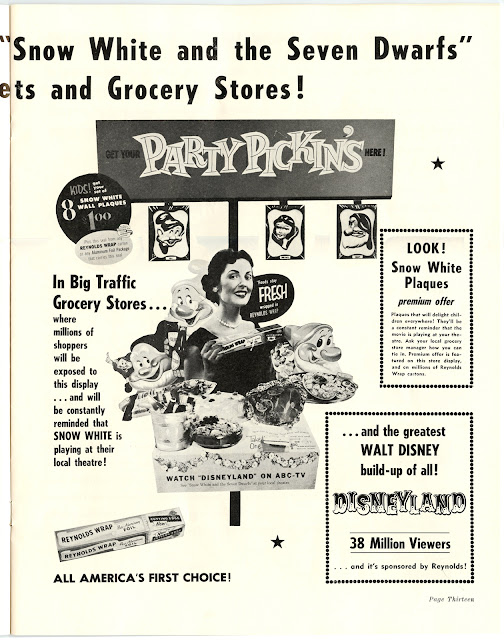 Pressbook images courtesy of the Michael Filippello Collection.
Posted by Snow White Archive at 12:01 AM