In 1938, La Mode Studios of New York produced a painted plaster (or chalkware) figural lamp of Snow White. It stands approximately 9.75" to top of socket. The glossy thin cardboard shade measures 8" across at the bottom and 5.75" high, and in this example below, features the full-color scene of the princess checking the dwarfs' dirty hands. 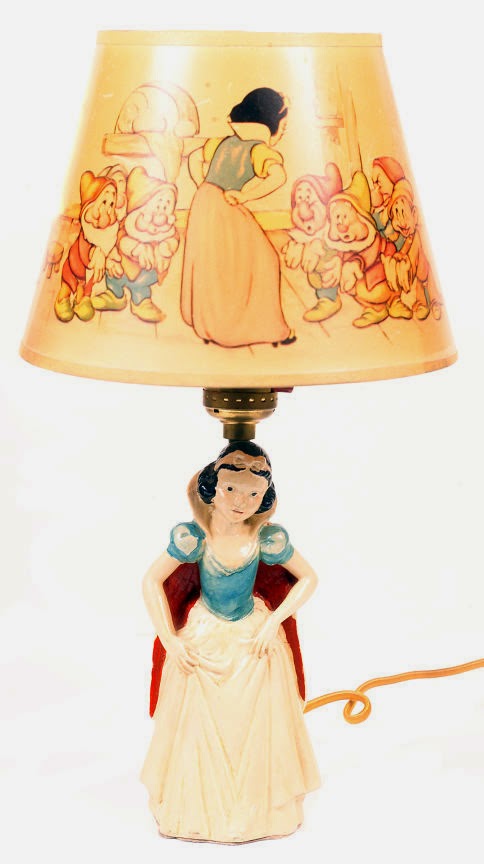 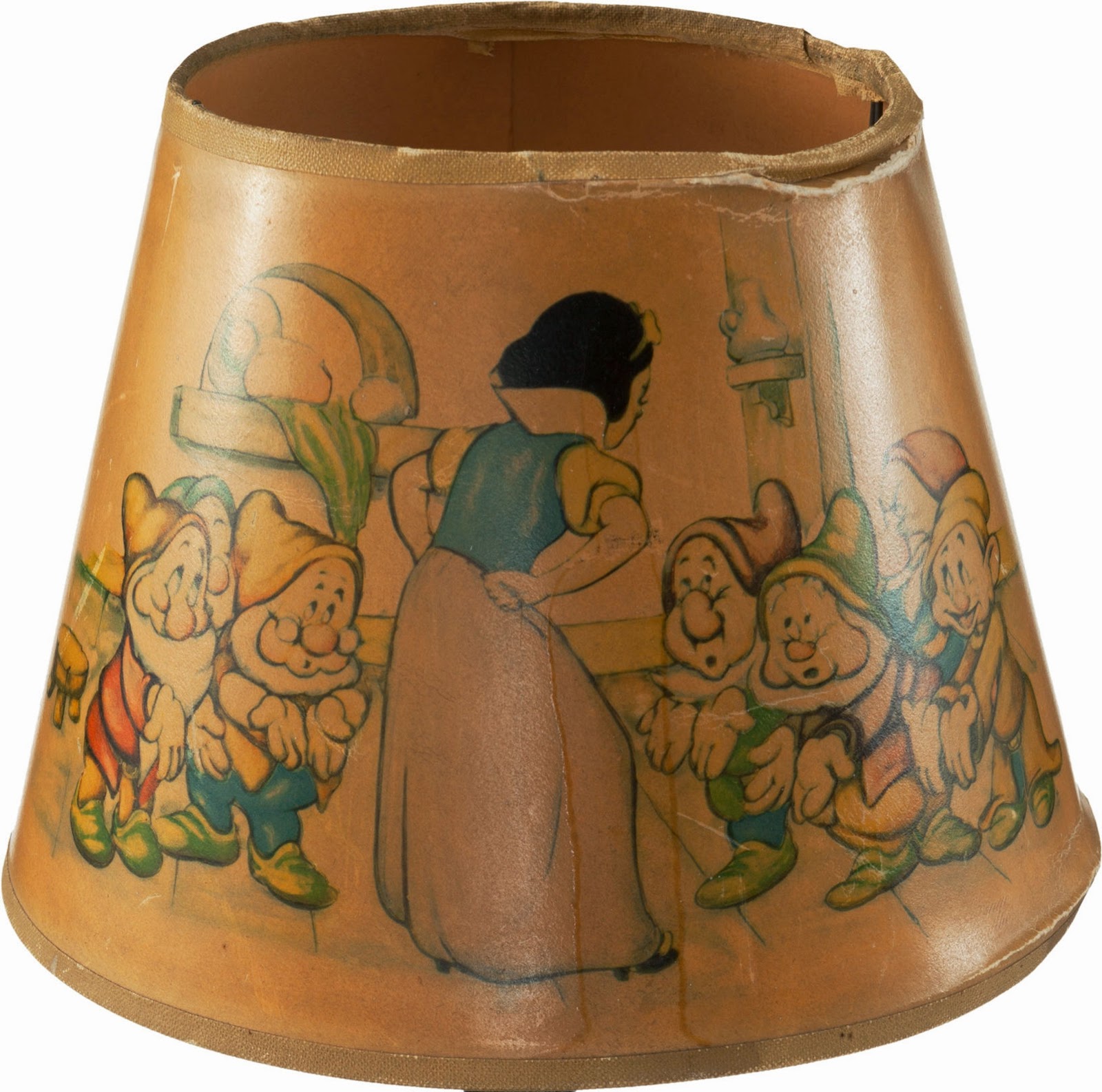 Images via Hakes and Heritage Auctions.


Some paint jobs have held up better than others over the years. The ebayer who was selling this piece found the lamp during an auction at a farm in rural southern Michigan. He said that from the looks of the house and the rest of the contents, the lamp had probably been in this same location since it was originally purchased way back in 1938! 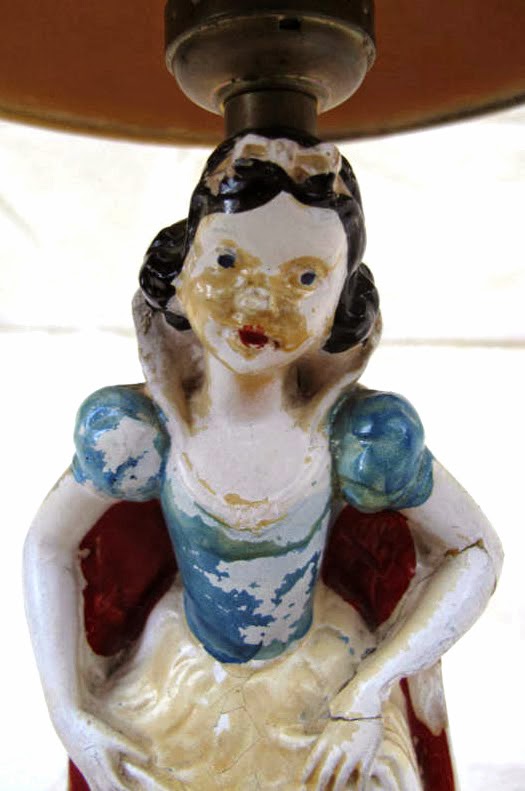 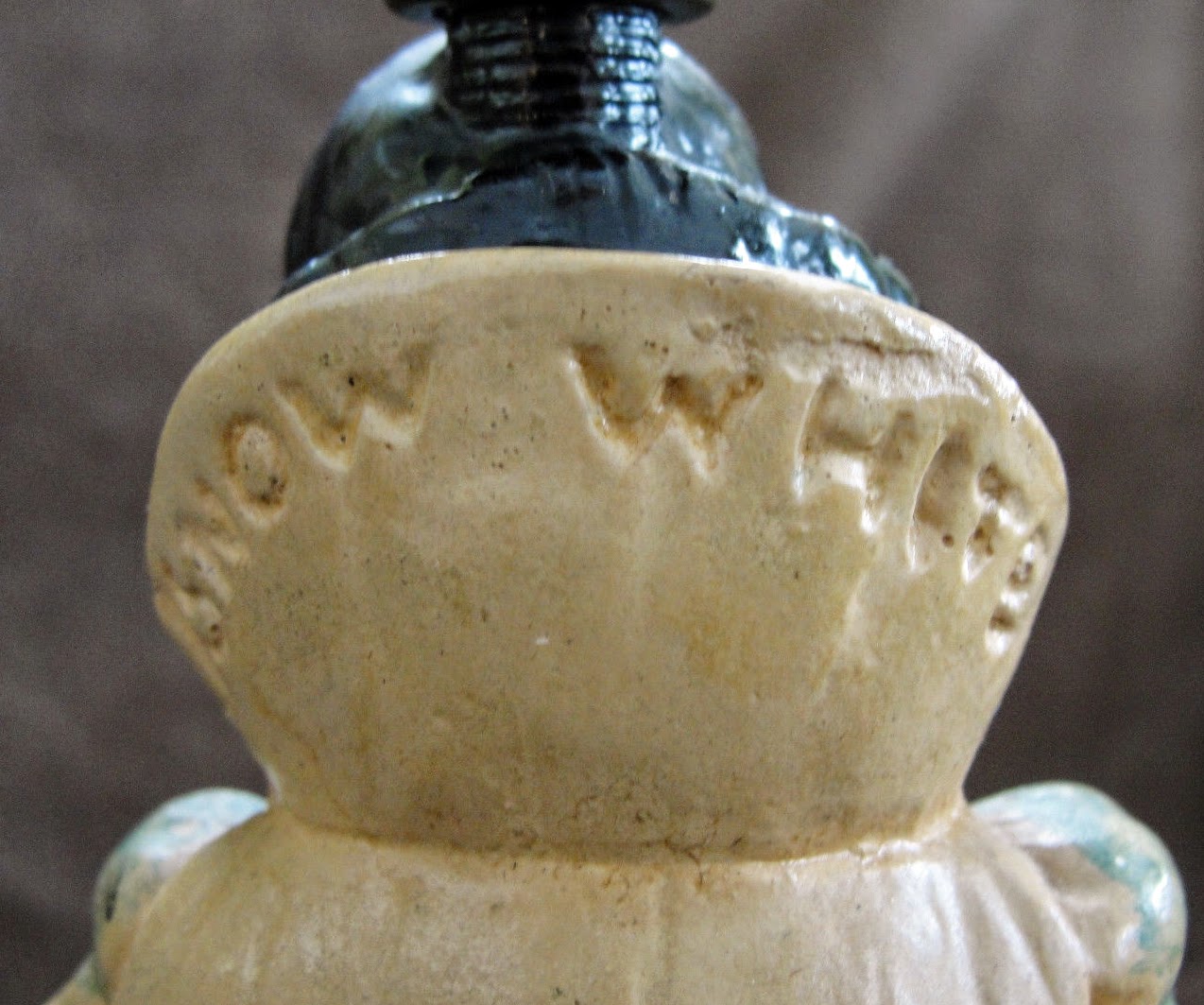 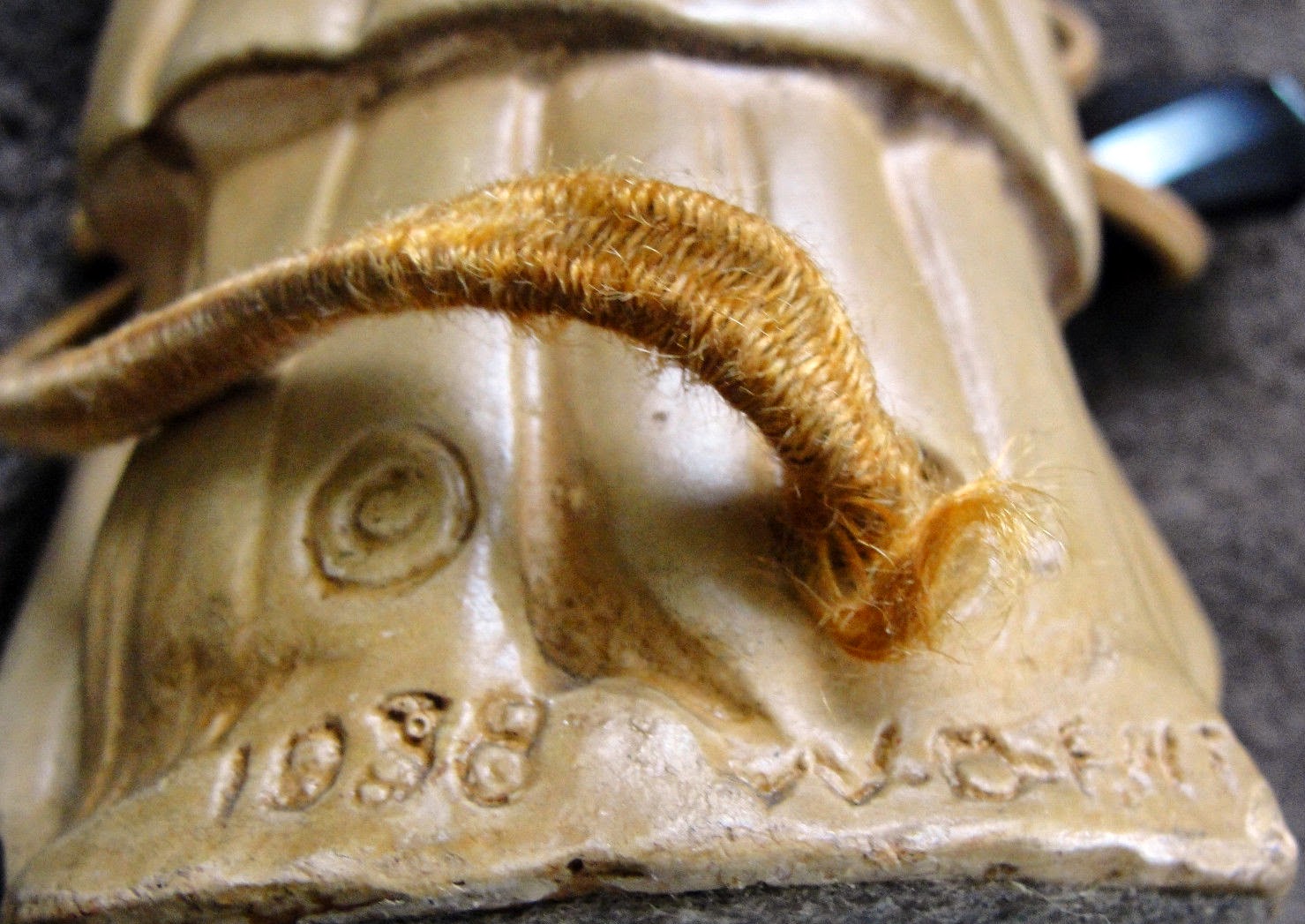 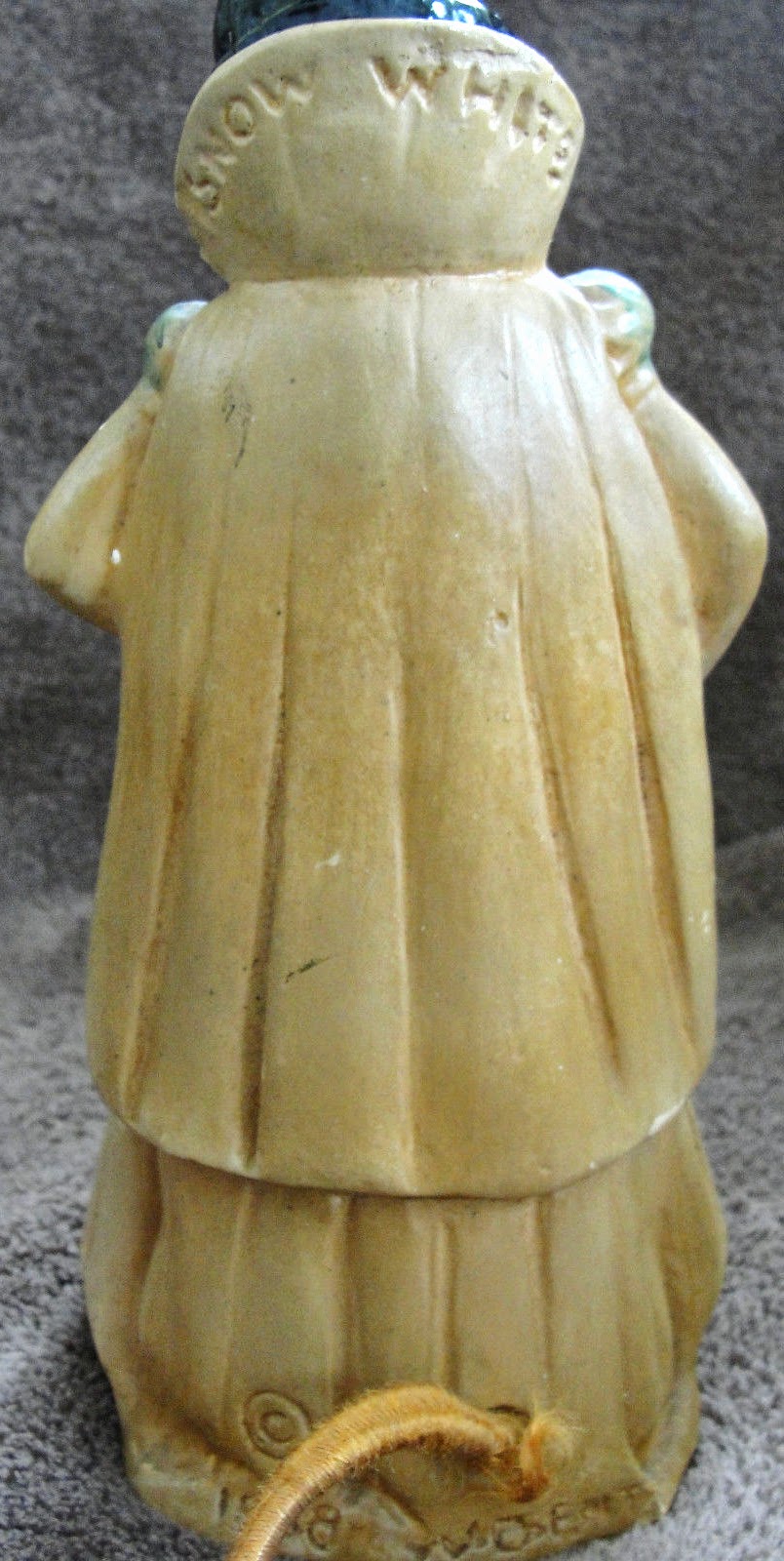 A paper label on the bottom also mentions “Walt Disney Enterprises © 1938" plus the manufacturer info. "Modeware" is their term for the hardened plaster. 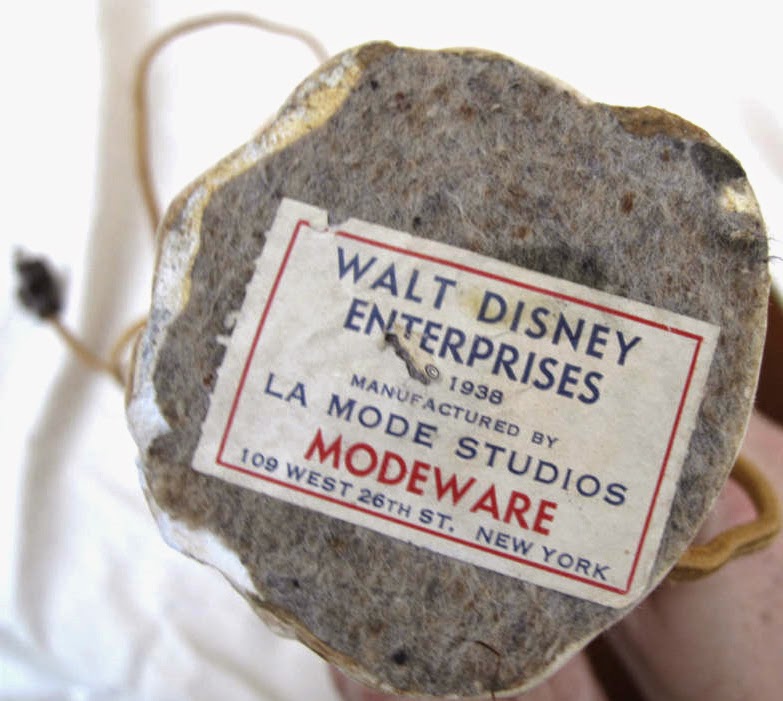 The back side of the shade is absent of any artwork but includes the 1938 copyright markings along the edge. 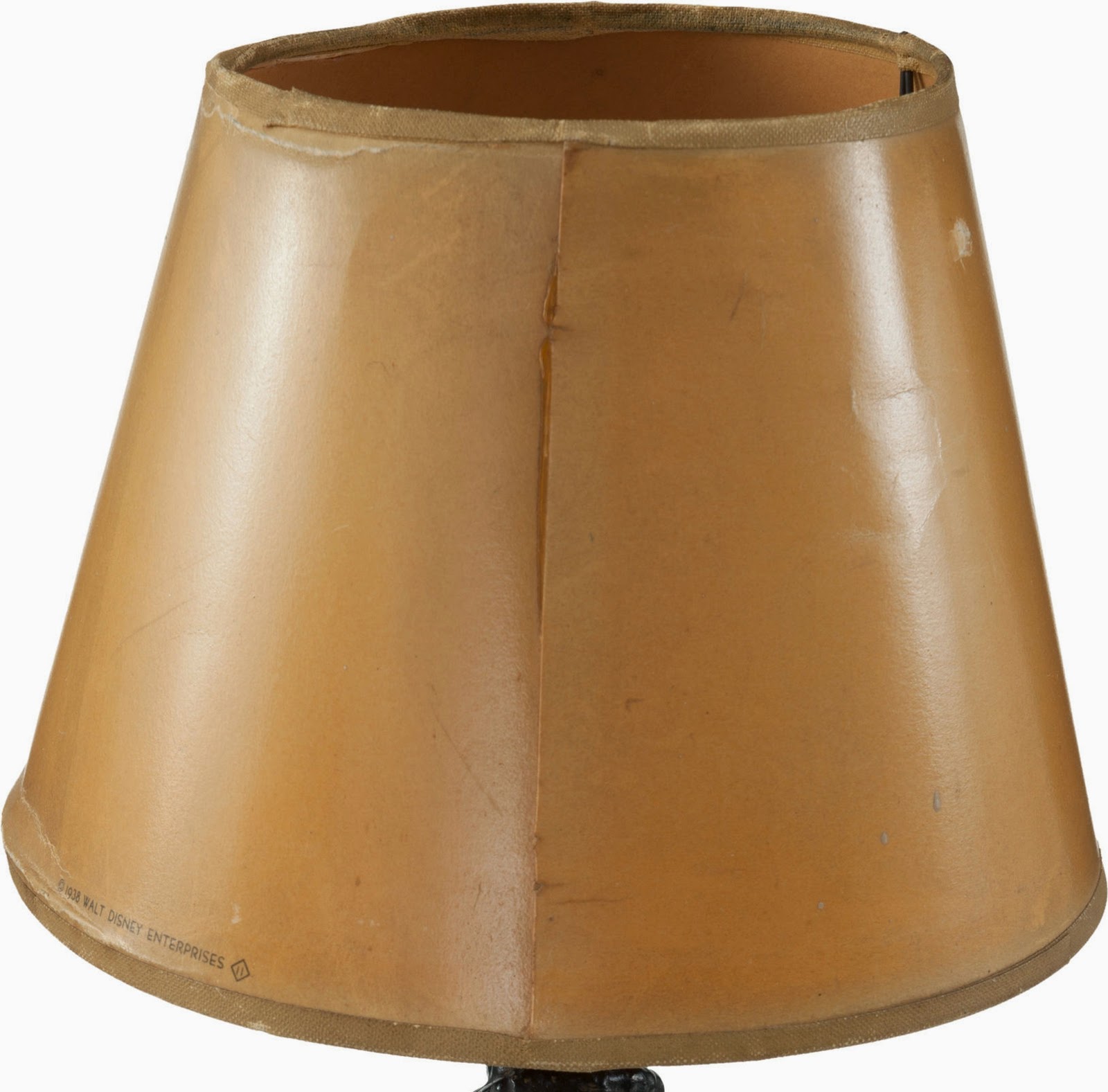 At least a dozen different Snow White-themed shades were produced by the Doris Lamp Shade Co. of New York (for use with the La Mode lamps). 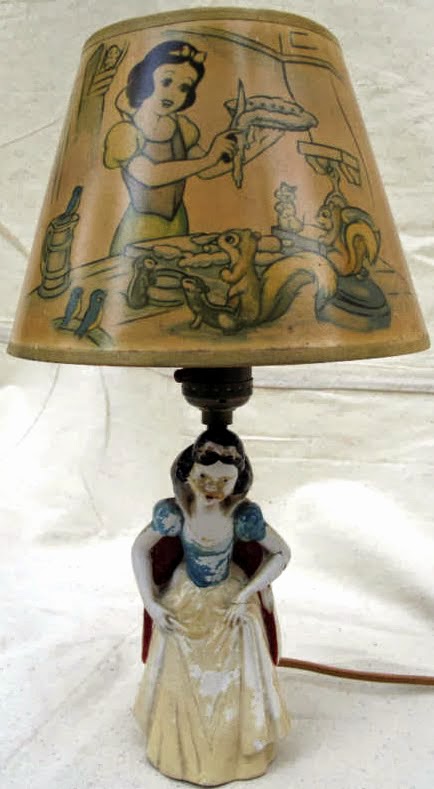 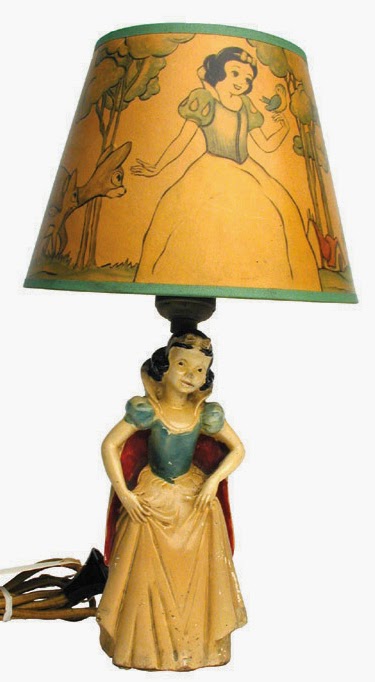 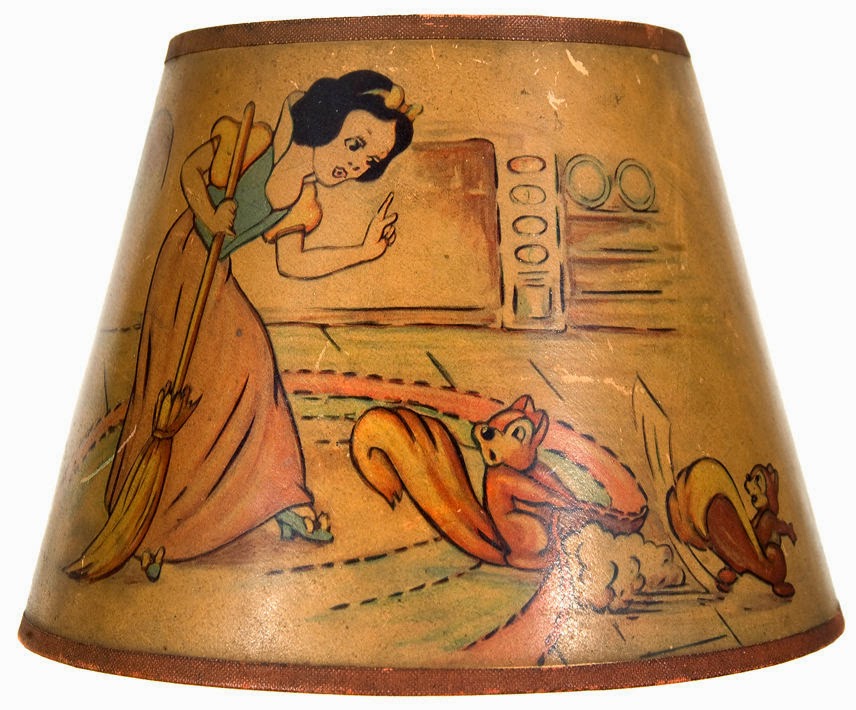 More shades as shown in the Disneyana book by Munsey, p. 208.

An interesting shadeless Snow White lamp was also produced. It's designed with a small light bulb socket set within the Wishing Well. 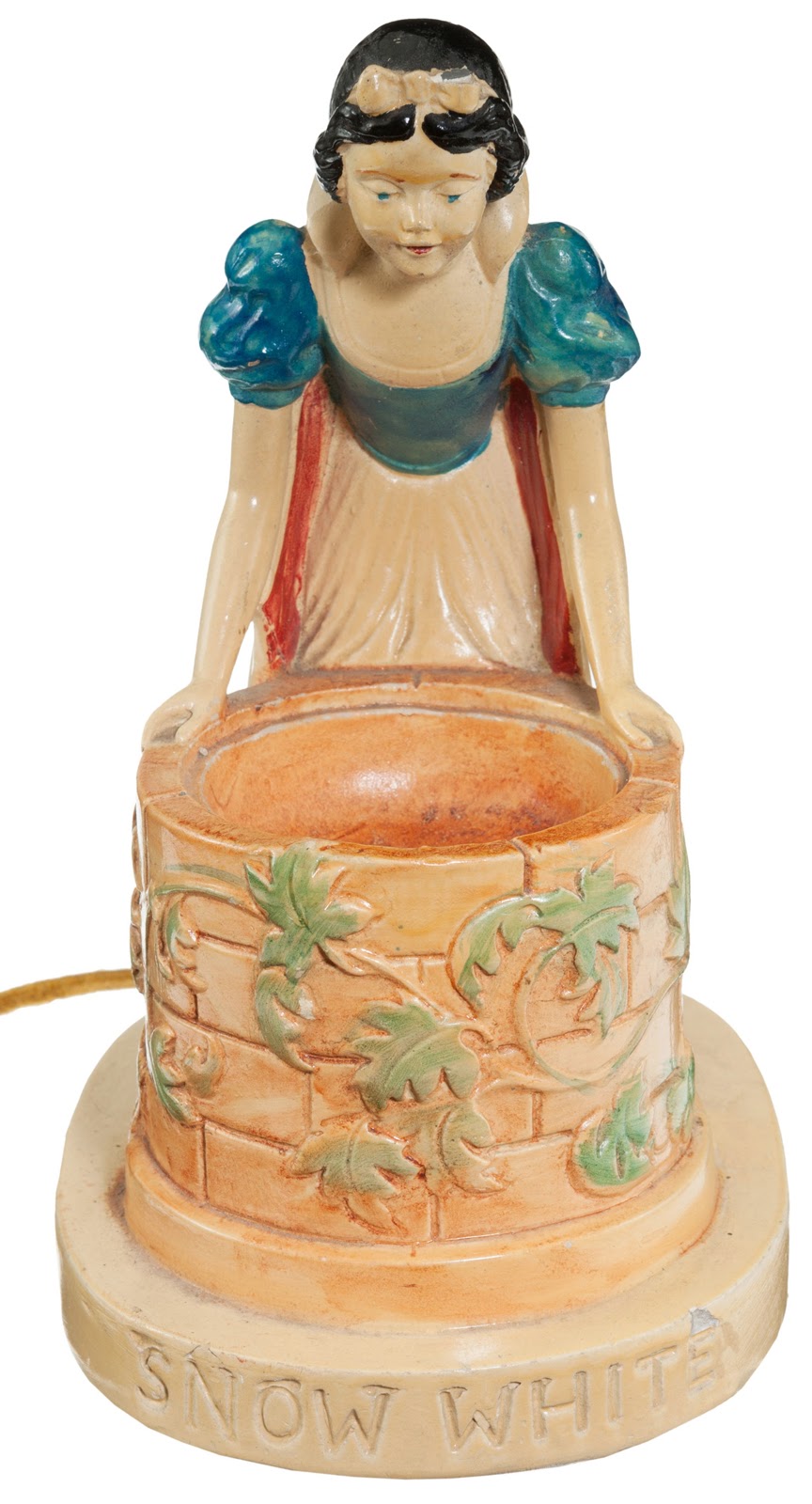 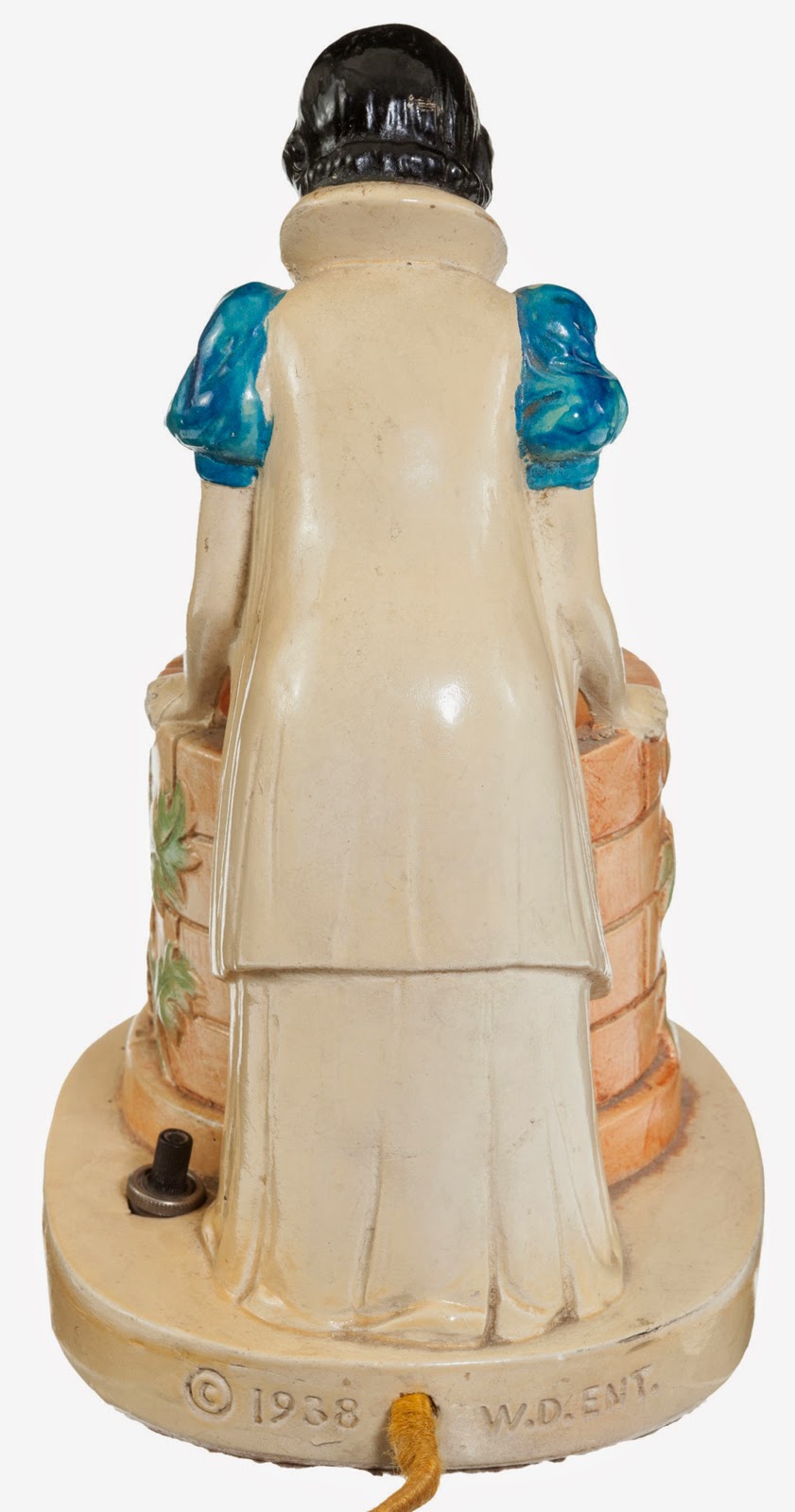 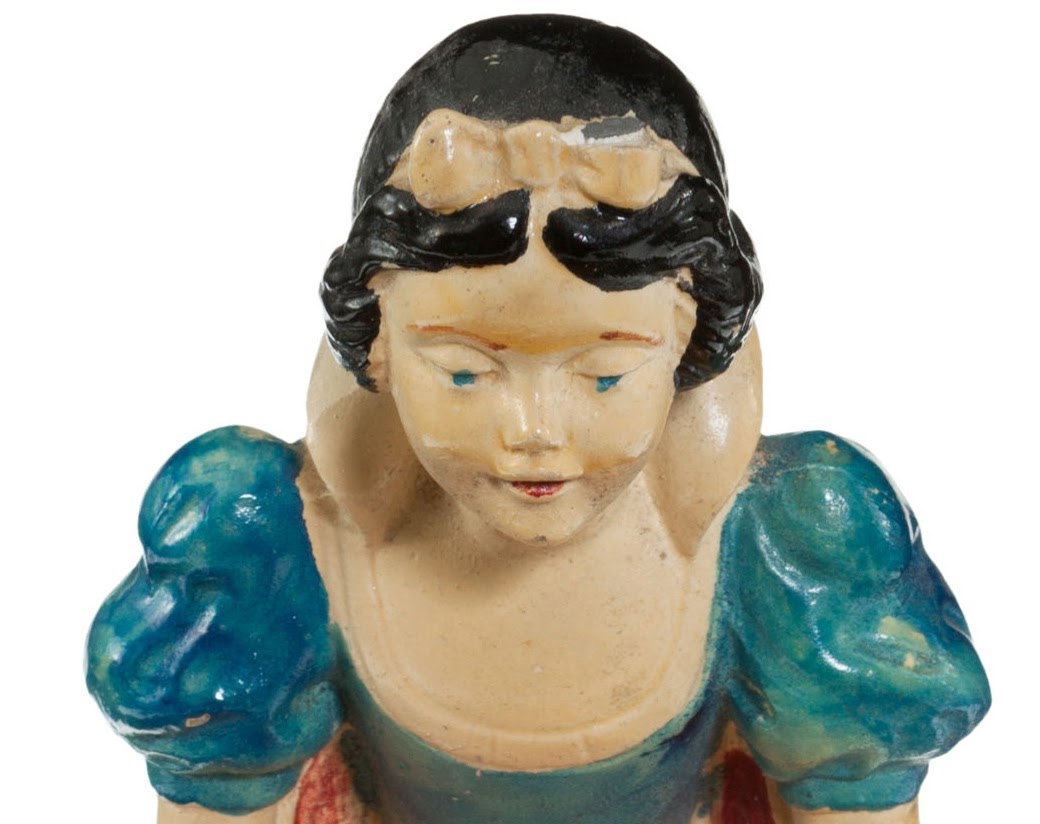 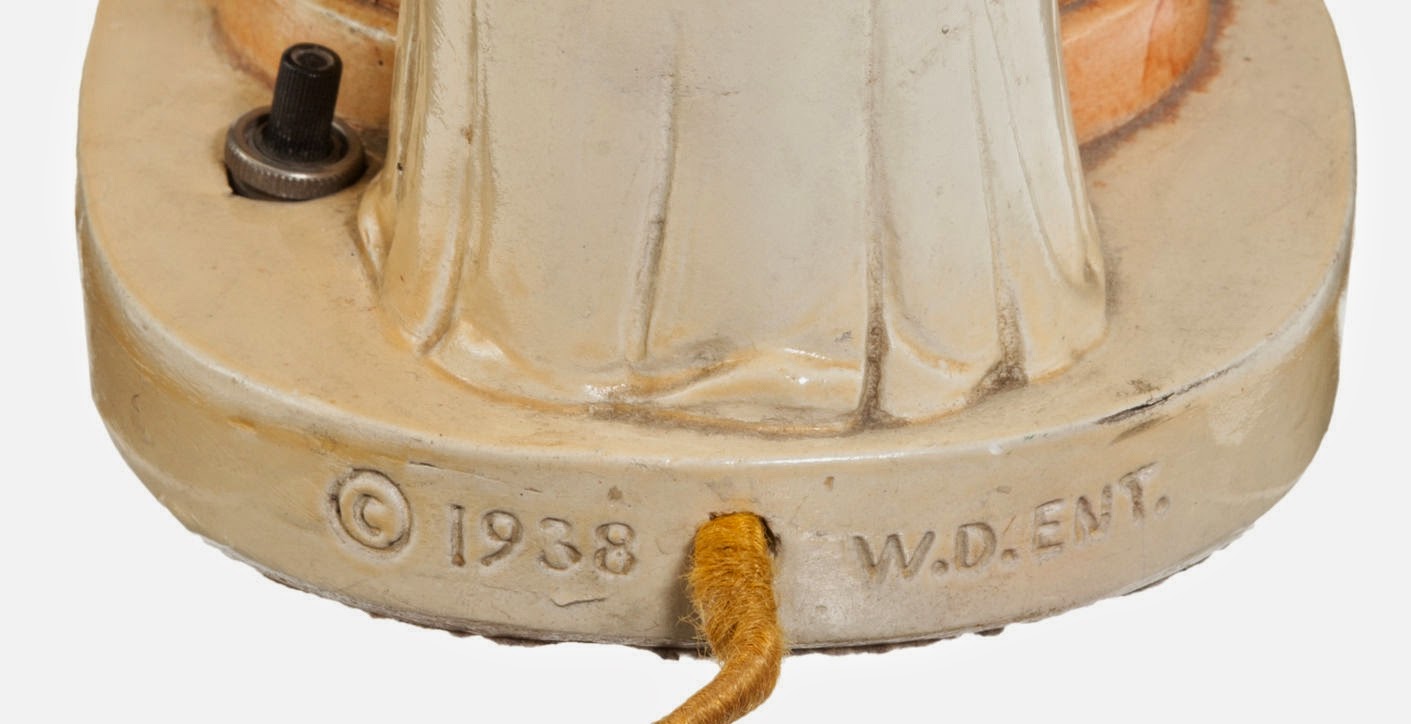 A variation of the shadeless lamp features the Seven Dwarfs encircling the outer rim of the well. 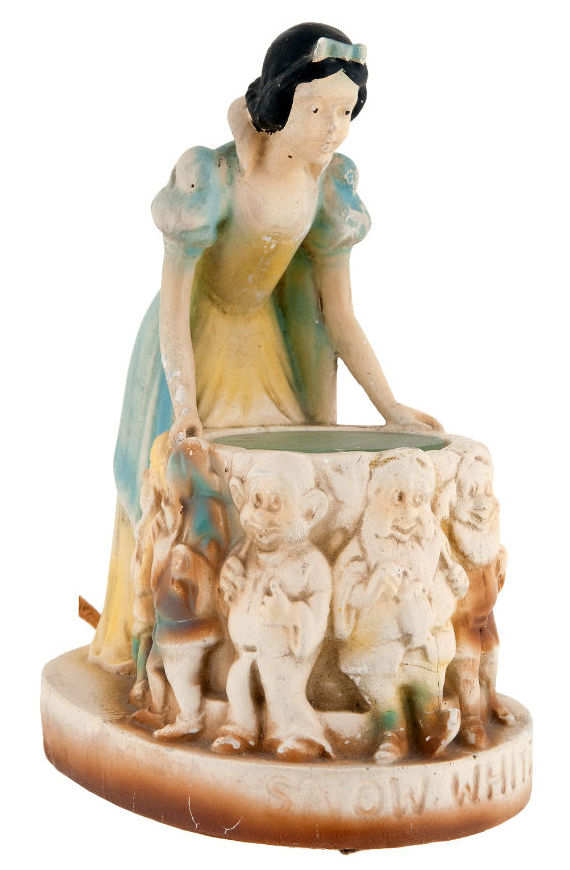 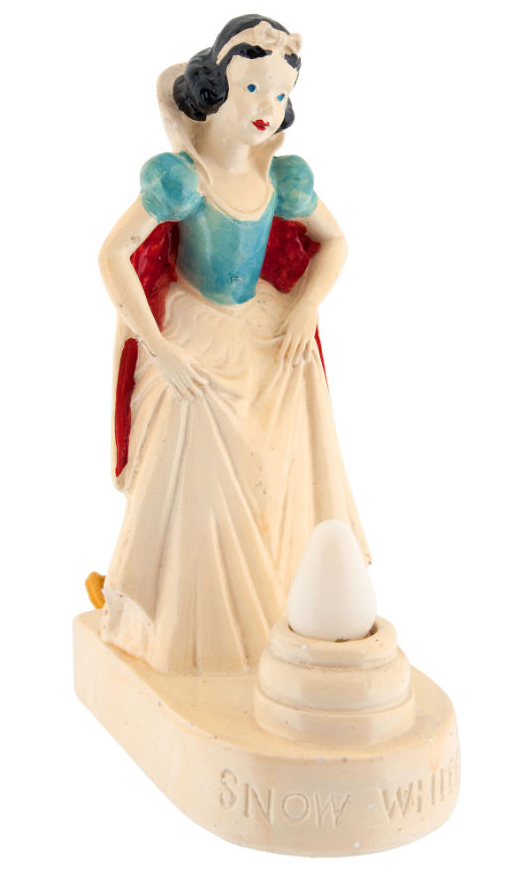 In a future Archive entry, we'll have a look at the Dopey, Grumpy, and Doc lamps by La Mode, plus several night lights and bookends as well.
Posted by Snow White Archive at 12:01 AM