The Seven Dwarfs Mine Train dedication took place earlier today. Chairman of Walt Disney Parks and Resorts, Tom Skaggs, joined the Dwarfs and Snow White on stage for the ceremony. The official grand opening for the ride was also announced and will not occur until May 28, 2014.

The dedication was aired live on the Disney Parks Blog, where the official video can now be viewed (it starts at the 2:16 marks). 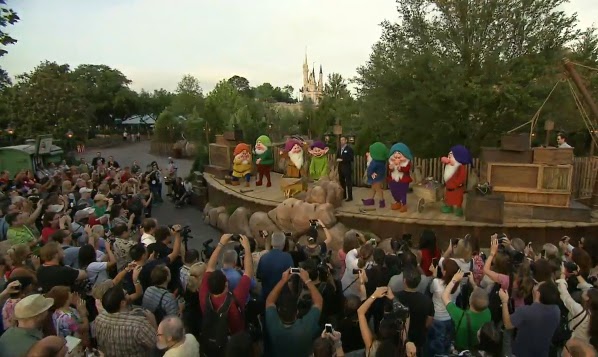 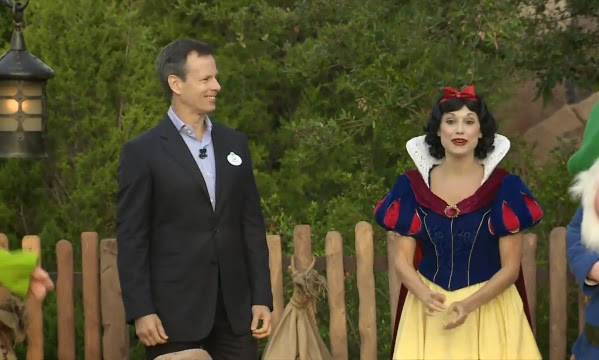 As part of the ceremony, Dopey and Snow together strike the rock with a golden pickaxe, which sets off a few fireworks. 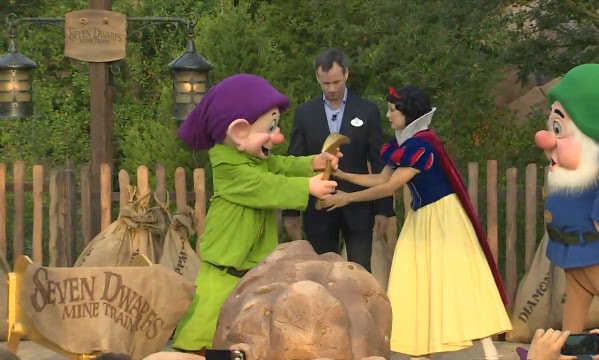 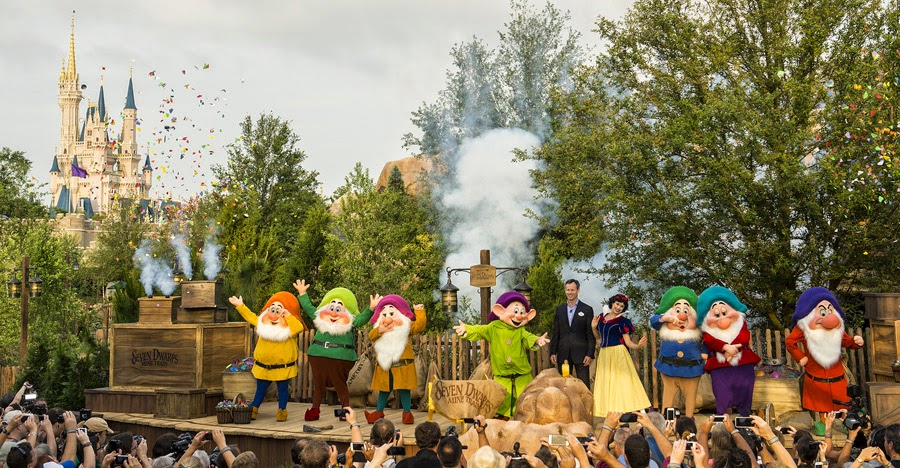 
Being a media event, hundreds of other cameras also captured the dedication. Ricky Brigante of InsideTheMagic posted this video.