A production cel featuring a very early rendition of Snow White went up for sale this past month at the Massachusetts-based RR Auction. Created circa 1935, she is shown in a long pink dress with a blue bow in her hair--quite possibly the earliest example of a Snow White production cel ever. 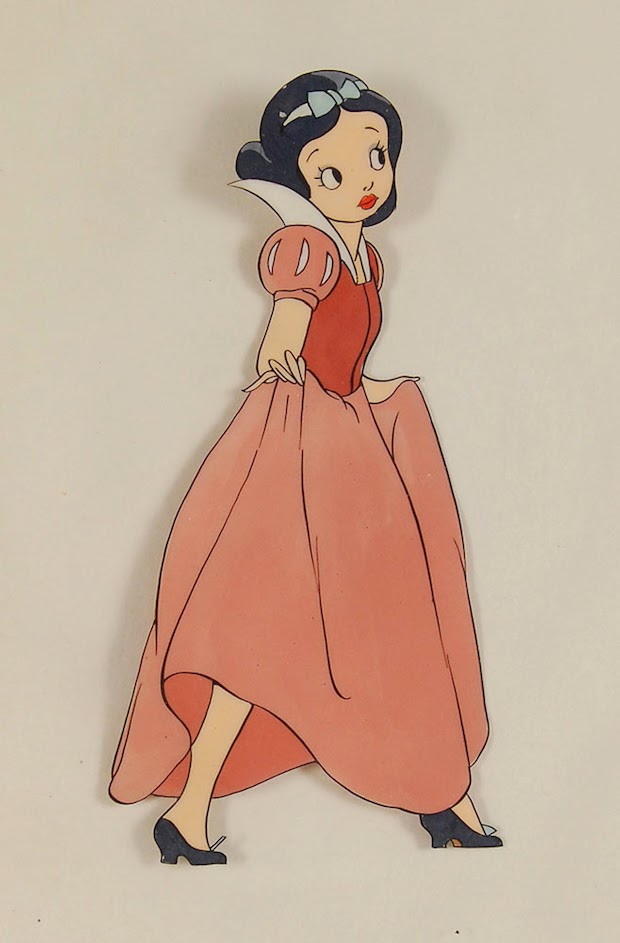 For nearly 80 years, the piece belonged to the family of Grim Natwick. Grim was one of the two main animators of Snow White, the other being Hamilton Luske. Before coming to Disney to work on the film, Natwick was employed by Fleischer Studios where he was the original animator of Betty Boop. The similarities are quite evident.

The full animation cel is complete with peg holes and a cel number at the bottom right; it's not to be mistaken for a color model. Image measures 5" x 2.25", with overall dimensions of 12.25" x 9.75". 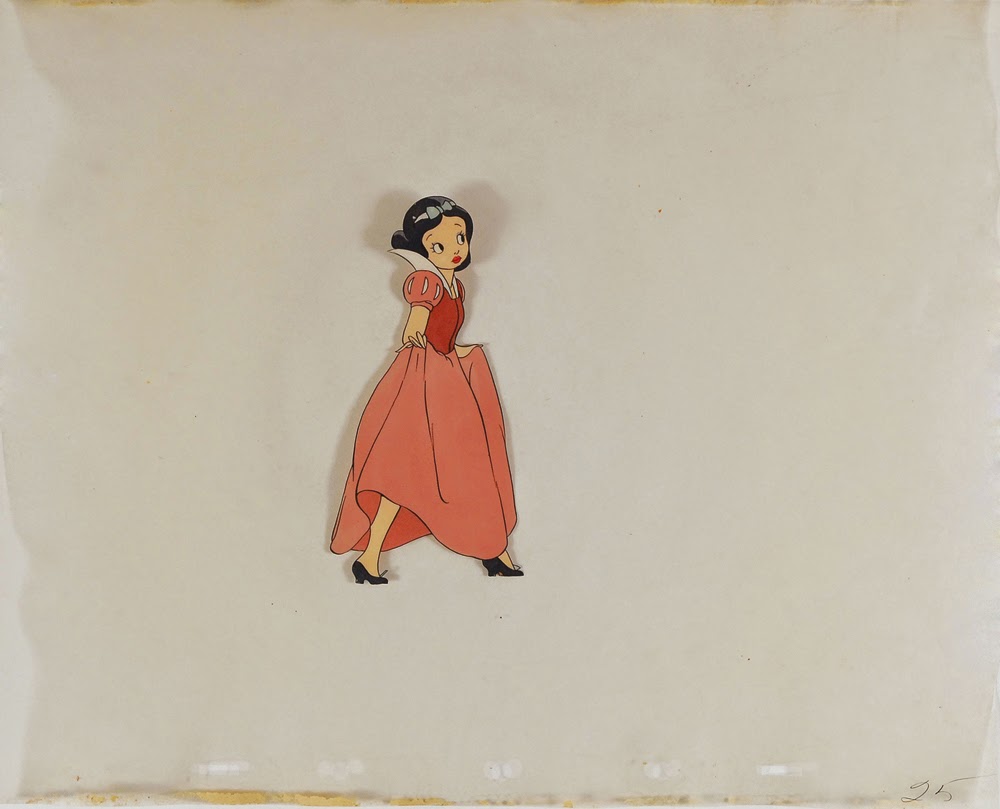 Strong disagreements occurred between the two animators and in their vision of how Snow White should be portrayed. Of course the final decision was Walt Disney's, who...


...changed this design of the princess because he felt it was too ‘cartoony’—too risqué and reminiscent of Betty Boop—to be used for final production in a more serious film.
Bobby Livingston, Exec VP at RR Auction. 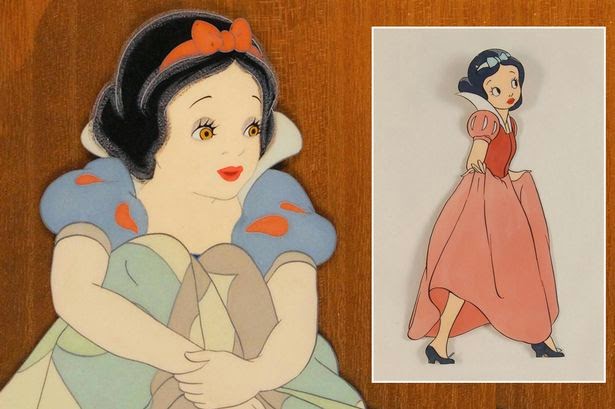 Comparison shots via the Mirror.