The photo below was snapped earlier this month by 1937fan from Whistle While We Blog. The large banner hung over the entrance to the Main Theatre on the Walt Disney Studios lot in Burbank. In the lower left corner it reads, "Snow White - Premiered 1937". 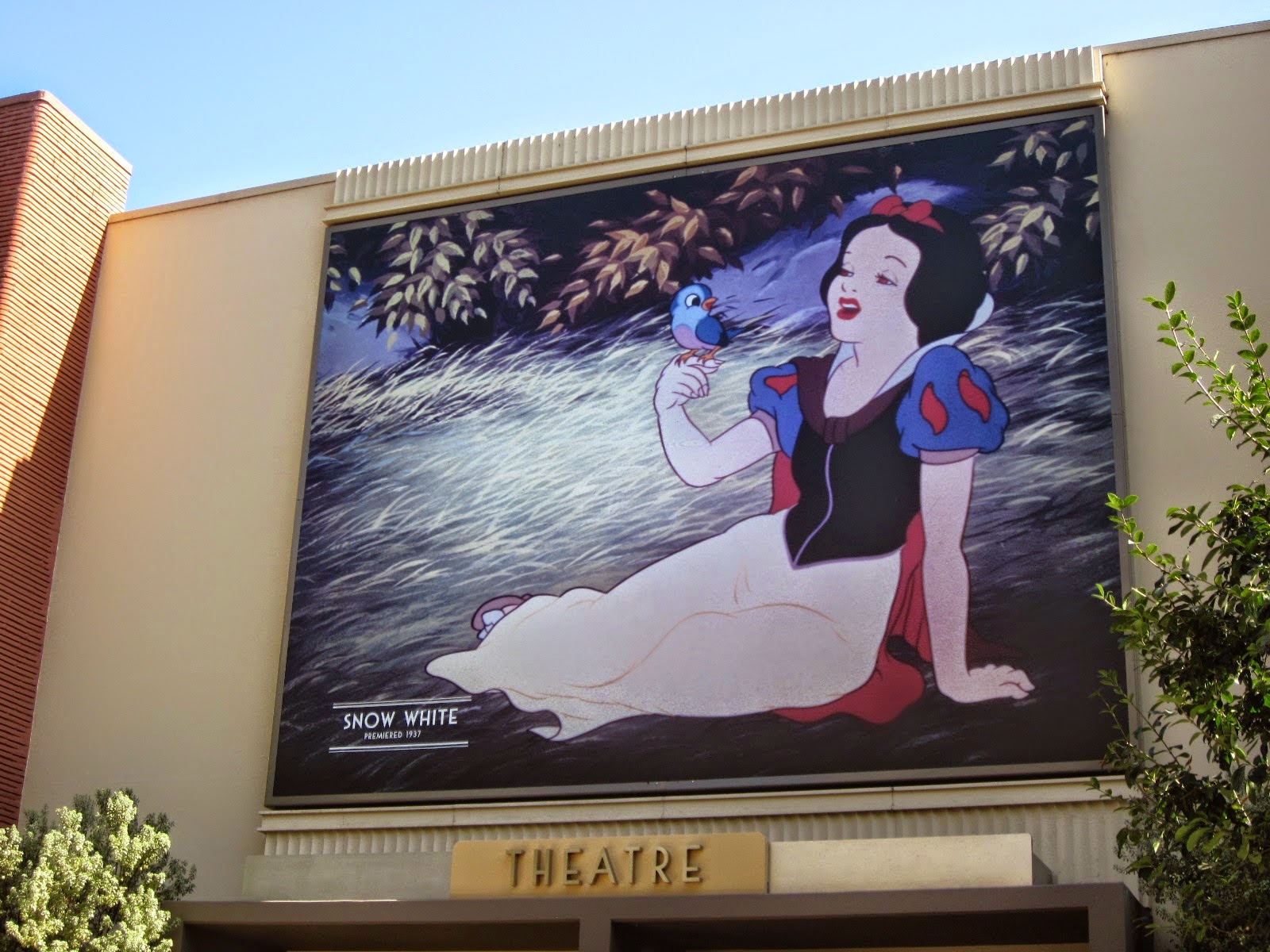 The Disney Main Theatre is located directly across from the old animation building, down the street from the 'Dopey Drive" sign. The lot is not open to the general public, but exclusive D23 fan functions have been held here.

The banner above the theatre entrance changes annually. Over the last few years, 1937fan attended several events and witnessed firsthand the giant artwork. Fantasia was seen in 2010, Pinocchio in April 2012 and May 2013, and Snow White August 2014. 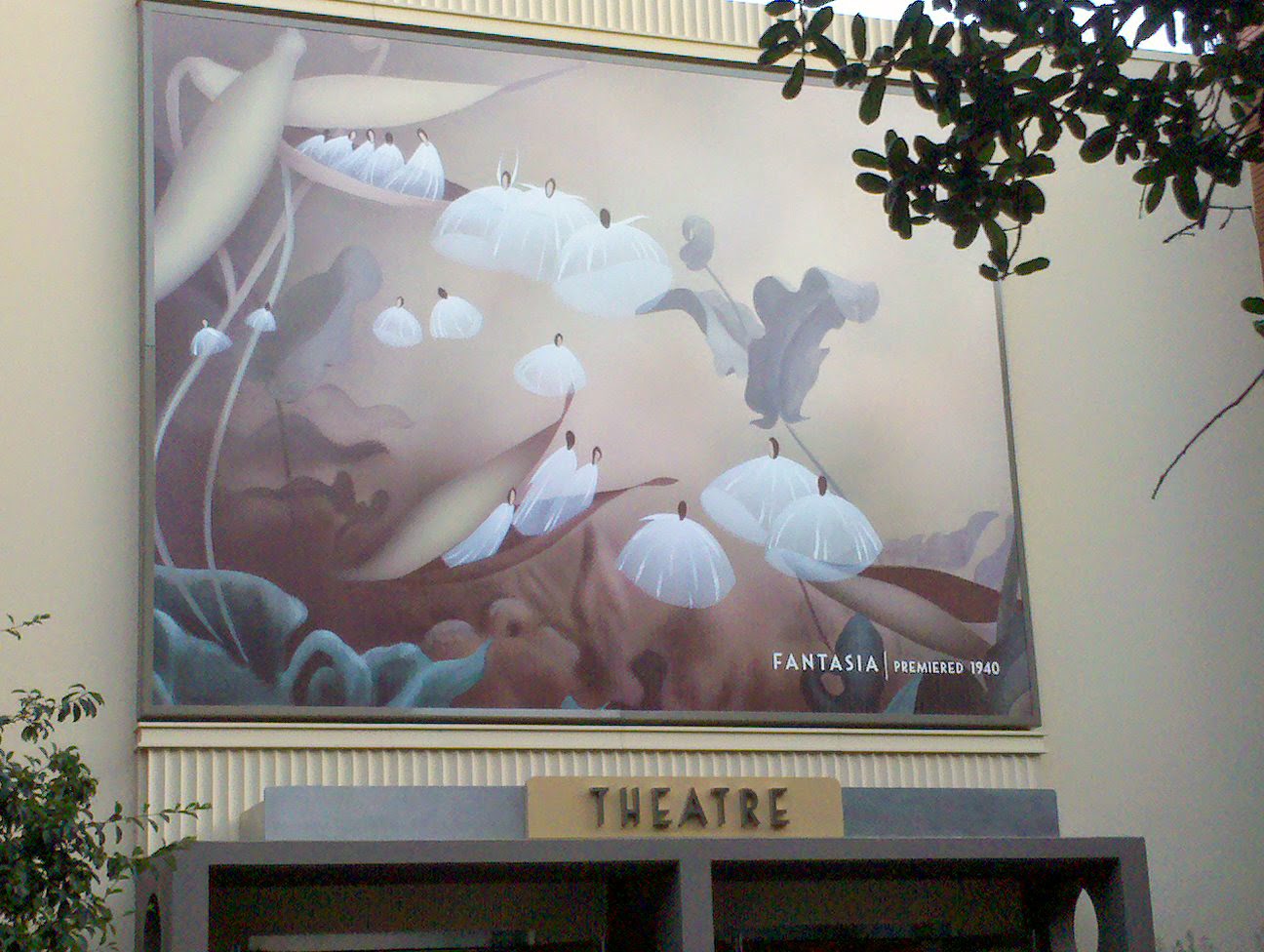 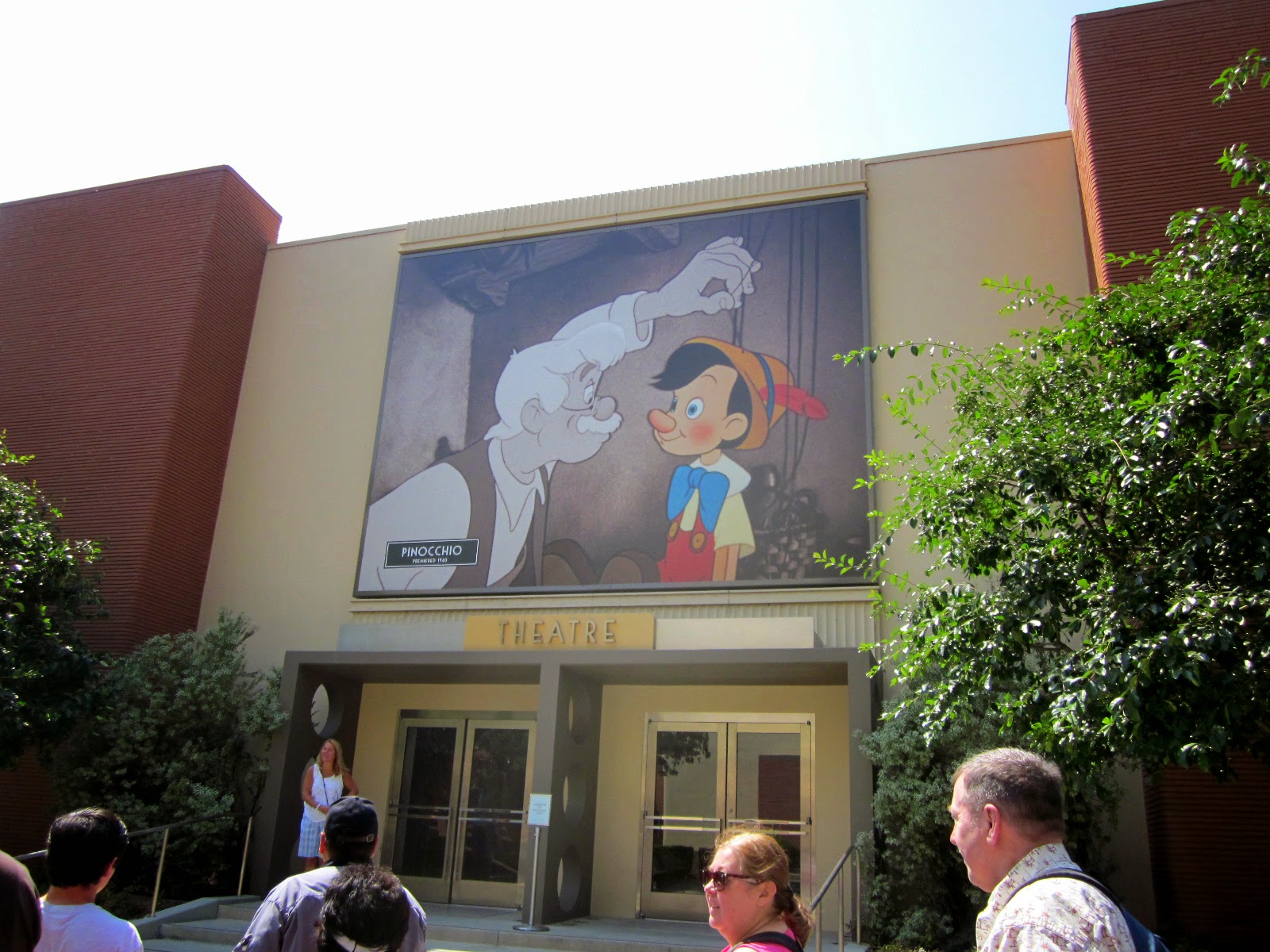 Special thanks to 1937fan for sharing her photos and information on these Disney Studio banners.