On June 16, 1936, at the age of 35, Hank Porter began his Disney Studio career. His first responsibility--like that of most everyone else during this period--was to assist the other artists in their efforts to complete Snow White and the Seven Dwarfs. But Hank was soon moved to the Publicity Department where he would draw for the next 14 years and have many notable accomplishments, including his work with the Sunday newspaper comic strips. 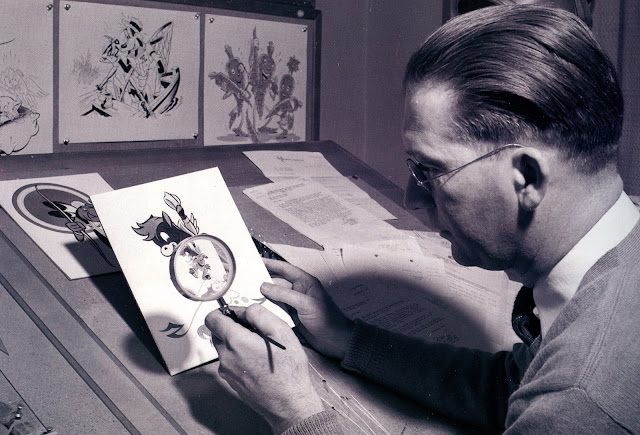 
The first Snow White Sunday installment was distributed on December 12, 1937 by King Features Syndicate and published in newspapers across the US. Over the next 20 weeks, Porter's comic strip would tell the complete story of Snow White, including several sequences not used in the final film.

A few years ago, many of Hank's original preliminary graphite pencil drawings went up for sale at Heritage Auctions, giving us a look at this most singular artwork. 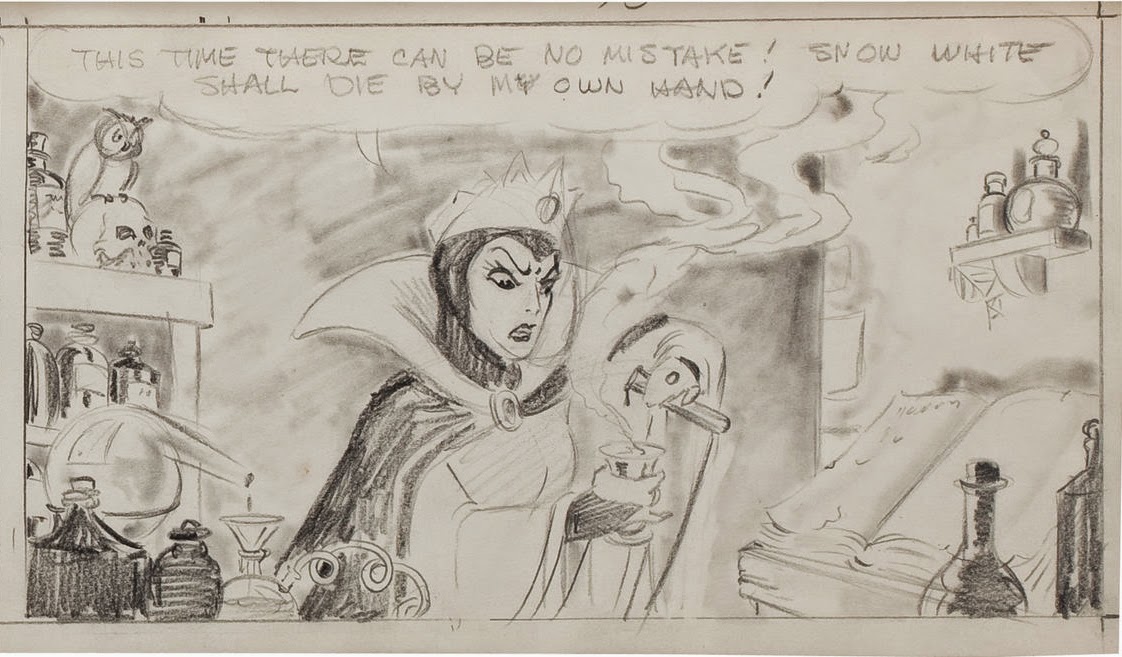 First tier. The dwarfs return home to their cottage. It's interesting to note that some of these preliminary drawings differ slightly from those in the published comic. The right panel below is one example. (Sold December 16, 2012 for $191.20.) 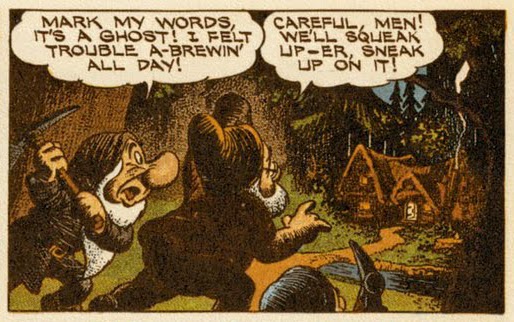 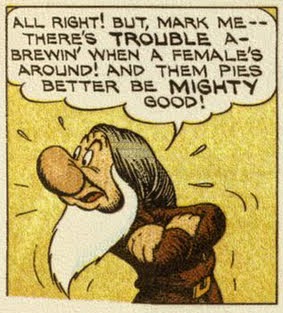 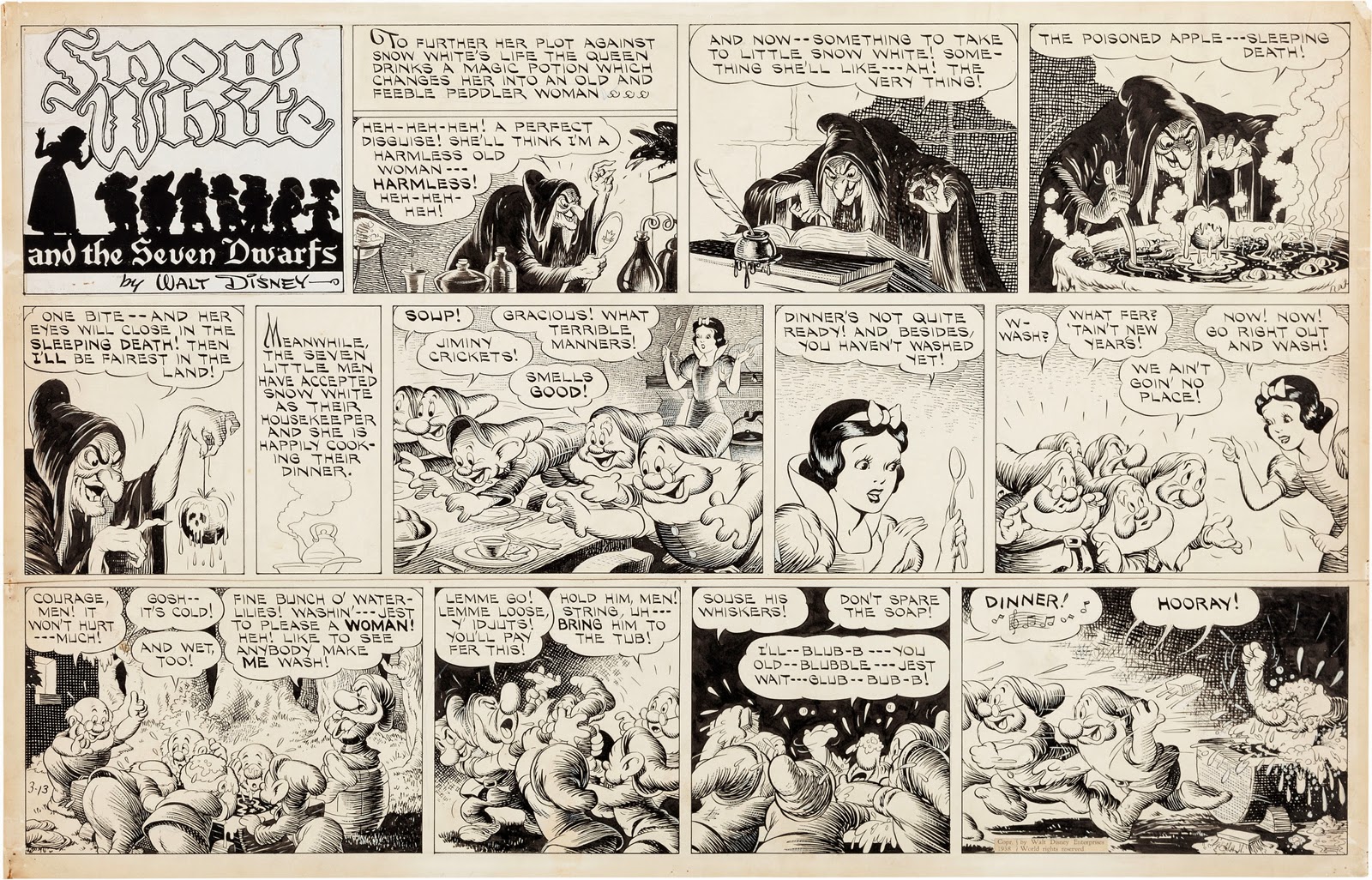 For comparison, this is how it looked after it went to print in the newspaper. 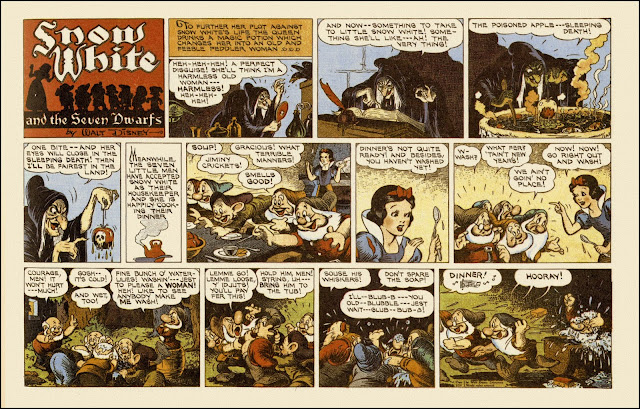 The second of the two final draft pages features the deleted film sequence of the Prince trapped in the Queen's dungeon. 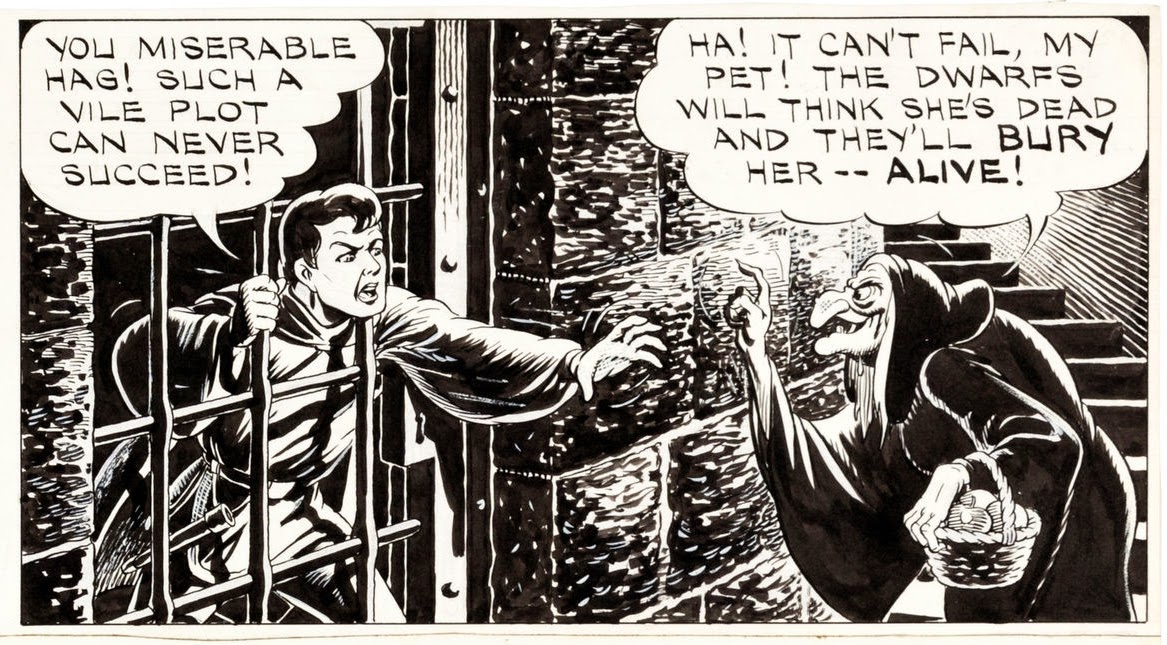 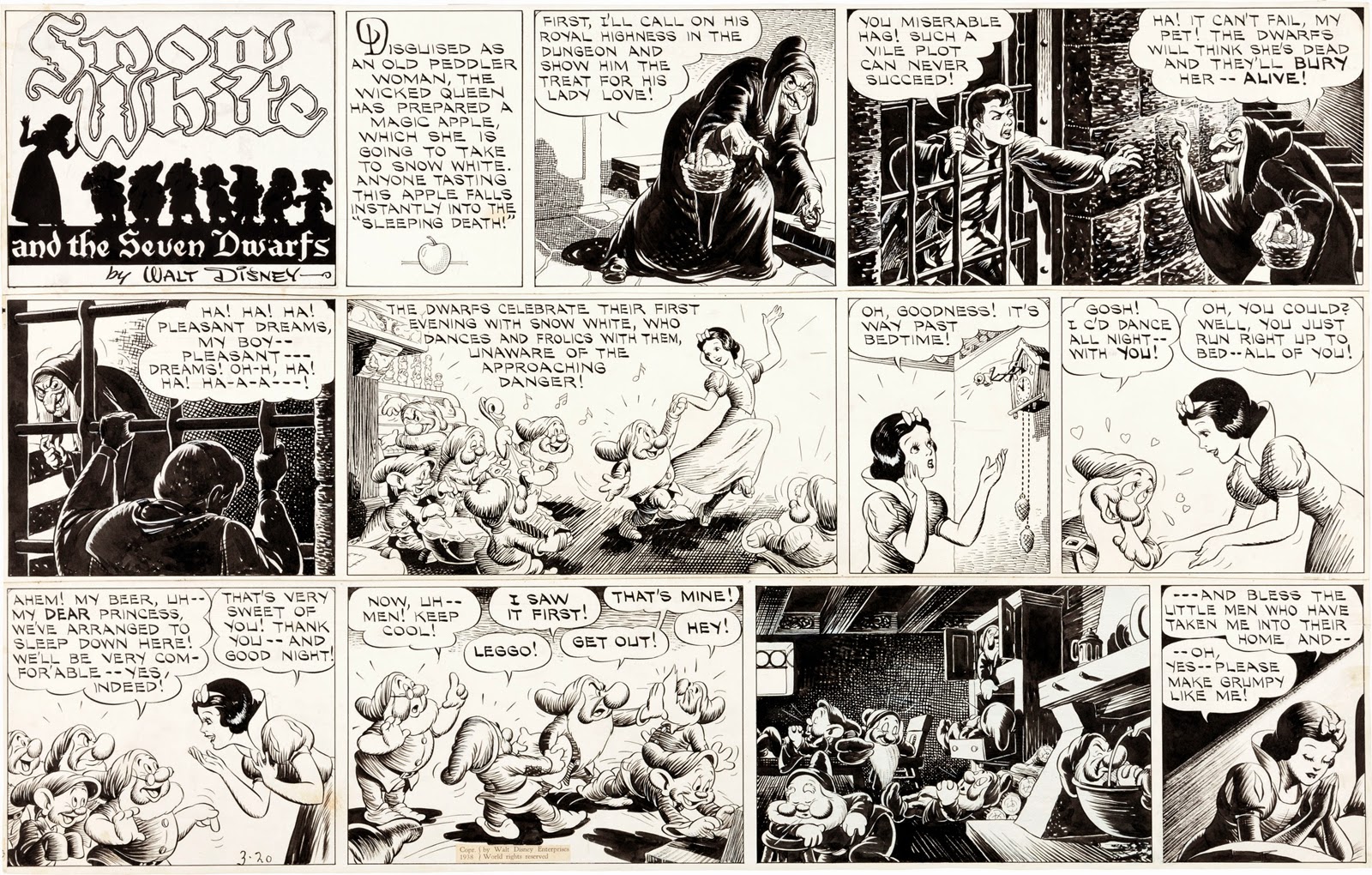 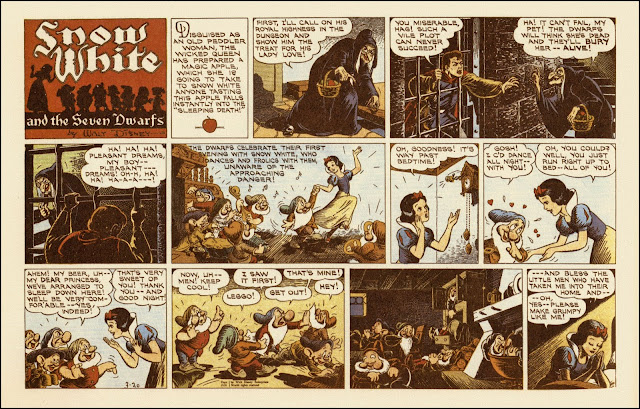 Middle tier. In the final newspaper print, the unfinished center panel (below) shows the forest animals arriving at the dwarfs' mine. (Sold December 30, 2012 for $56.00.)


See the complete original Snow White Sunday comic series in an earlier Archive entry. After it's initial run, the strip would be compiled and republished many time over in the form of comic books by Dell, Gold Key and others, plus the Big Little Book by Whitman.

In addition to the Sunday newspaper pieces, Hank also drew for Walt Disney's Comics and Stories, and the monthly Good Housekeeping condensed versions of upcoming Disney shorts. During the war, he was the Studio's go-to man when it came to military insignias and government war bond advertisements.

A nice blurb about Hank's life is found on page 60 of Legendary Locals of Orleans County, New York by Hollis Ricci-Canham & Andrew Canham (ISBN: 9781467100106; Arcadia Publishing).
Posted by Snow White Archive at 12:01 AM