The sticker album published in Italy by Edizioni Lampo (previous post) was also issued in several other countries and languages. They contain the same 240 numbered spaces and the card scenes are identical, although the coloring varies slightly. 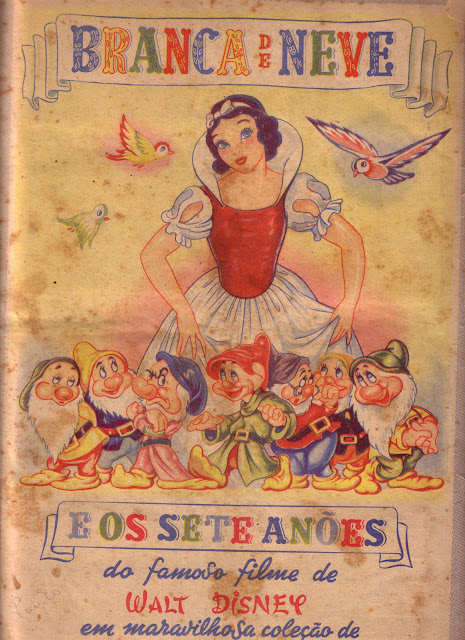 
1951 release in France by Eclair of Paris. Different cover illustrations. Plus the drawing that was used for the Italian back cover is found here on the title page. The book is slightly smaller than the other editions at 31 x 22cm. All subsequent reissues in other countries would be this size. 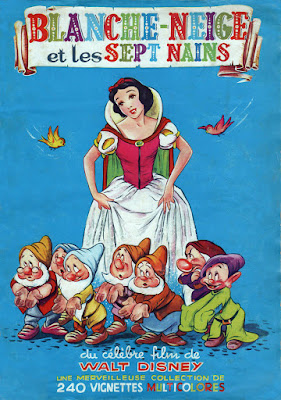 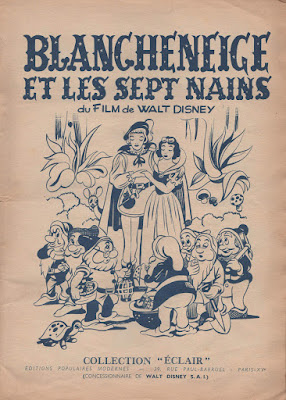 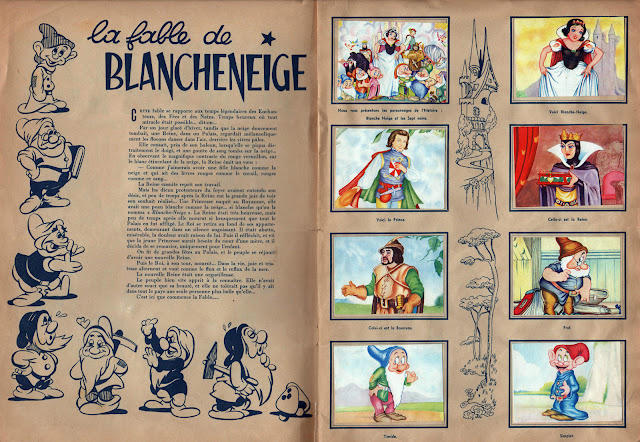 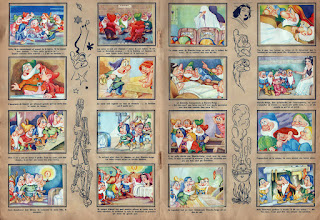 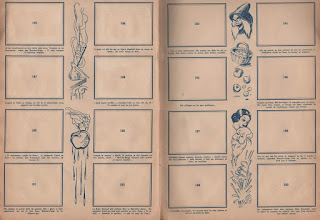 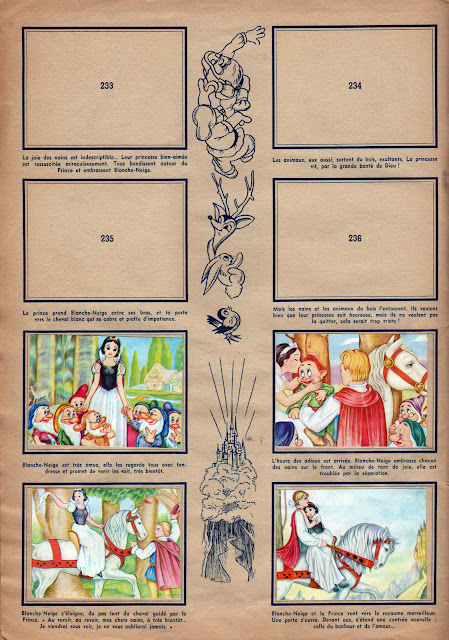 The album price on the back cover reads 60 francs. 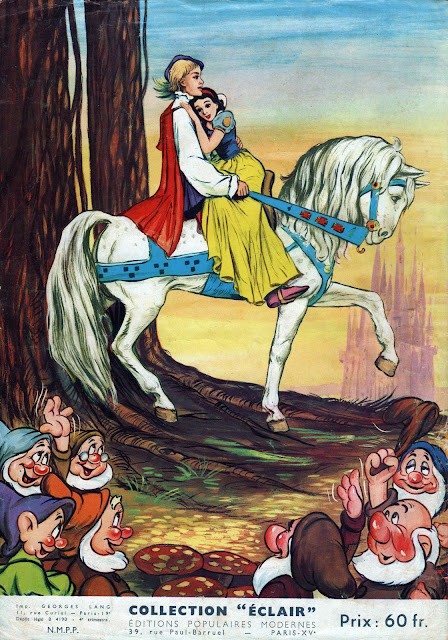 The cards (vignettes) that came with the album are pictured here still in their original packages. 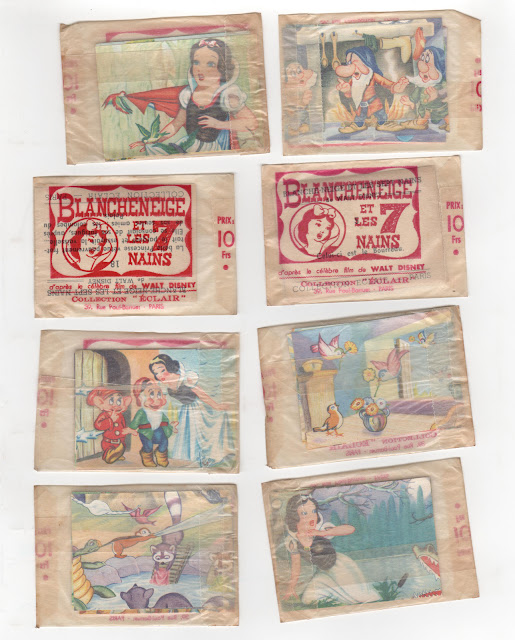 
A 1968 album was issued in Germany. Same cover illustration as the Italian version from that year. Published by Sicker Verlag GMBH ("Incorporated"), Frankfurt/Main. 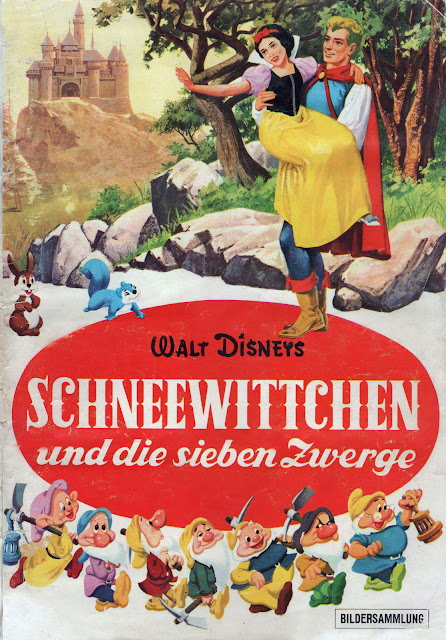 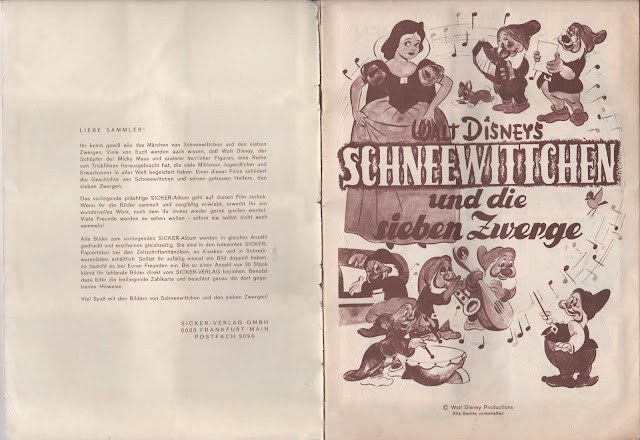 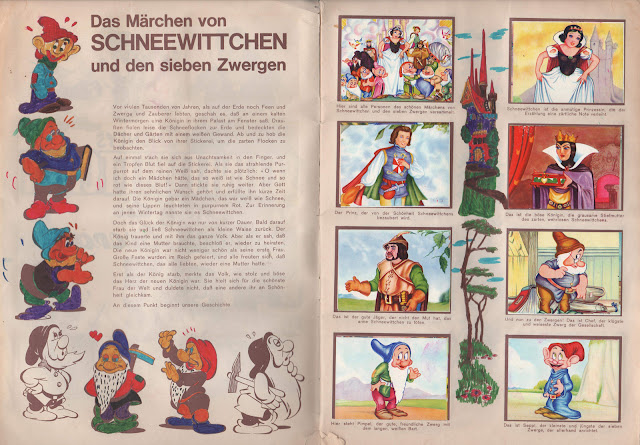 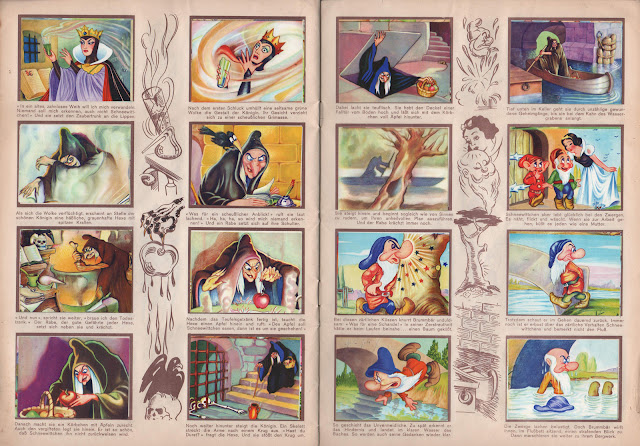 On the last page is a biography of Walt Disney and it includes the date of his passing--December 12, 1966. 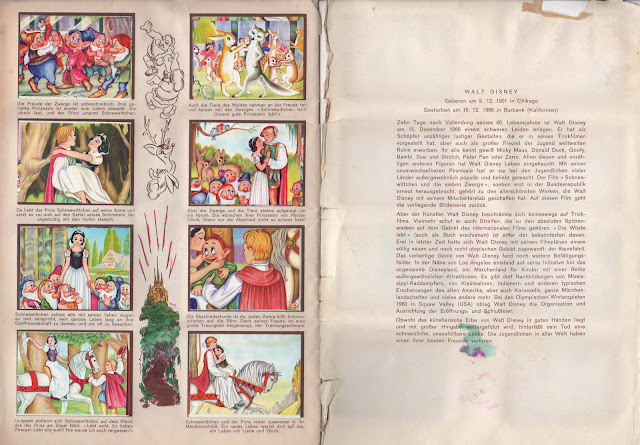 The album cost one Deutsche Mark, but this copy is marked freiexemplar, meaning that it was free for some reason. 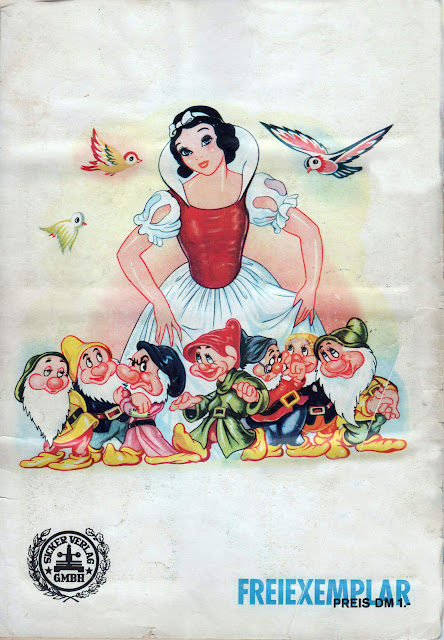 An example of the card back. 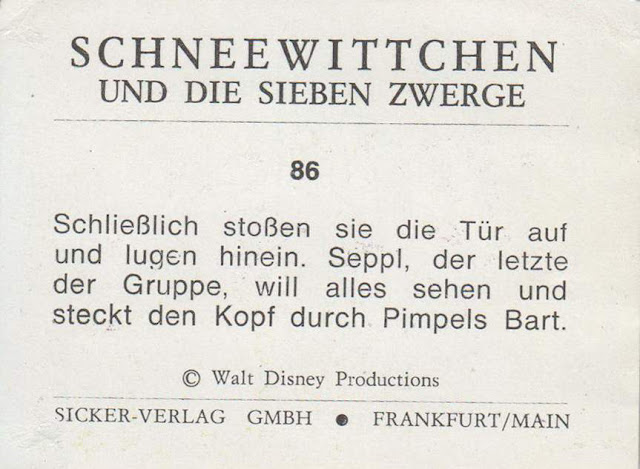 Special thanks to collector Nunziante Valoroso and Greg Philip of A Lost Film for the image scans and information.

Several different versions of this sticker album were also issued in Spain (seen in another Archive entry).
Posted by Snow White Archive at 12:01 AM