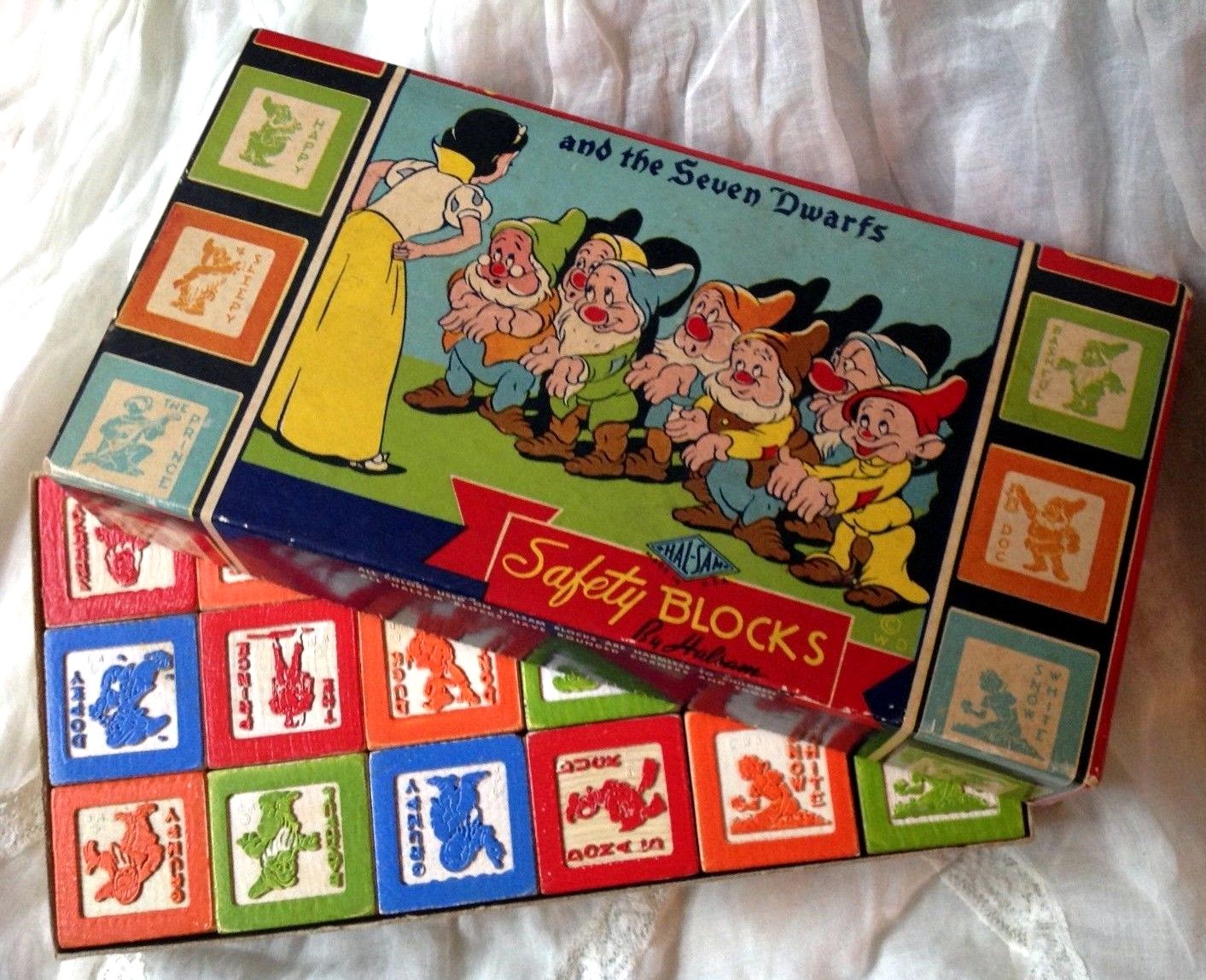 A boxed set of 18 wooden blocks produced by Halsam, referred to as "Safety Blocks" because of their non-toxic colors and rounded corners and edges. Printed on the side of the box is "By special permission of Walt Disney Enterprises" which dates the set to early 1938. 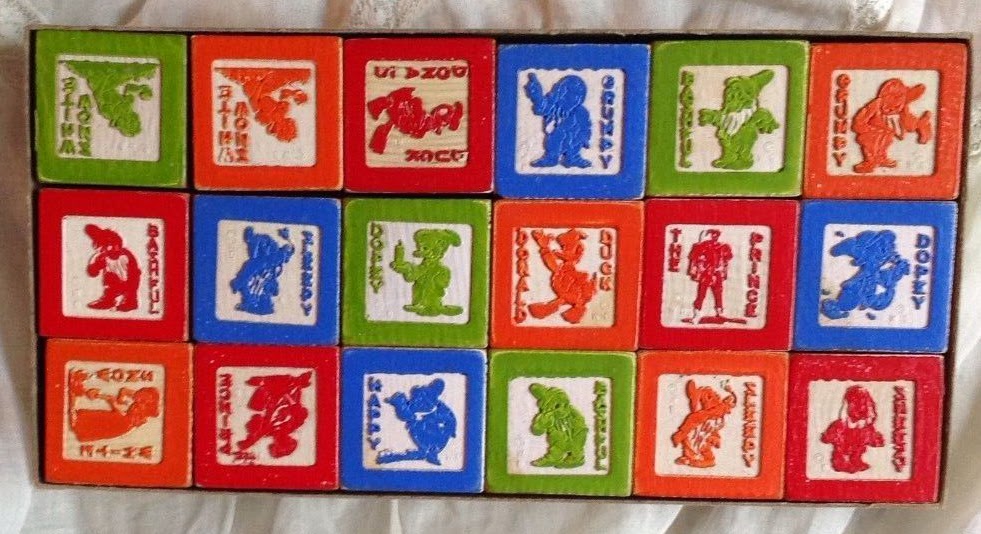 Box cover and side panels. 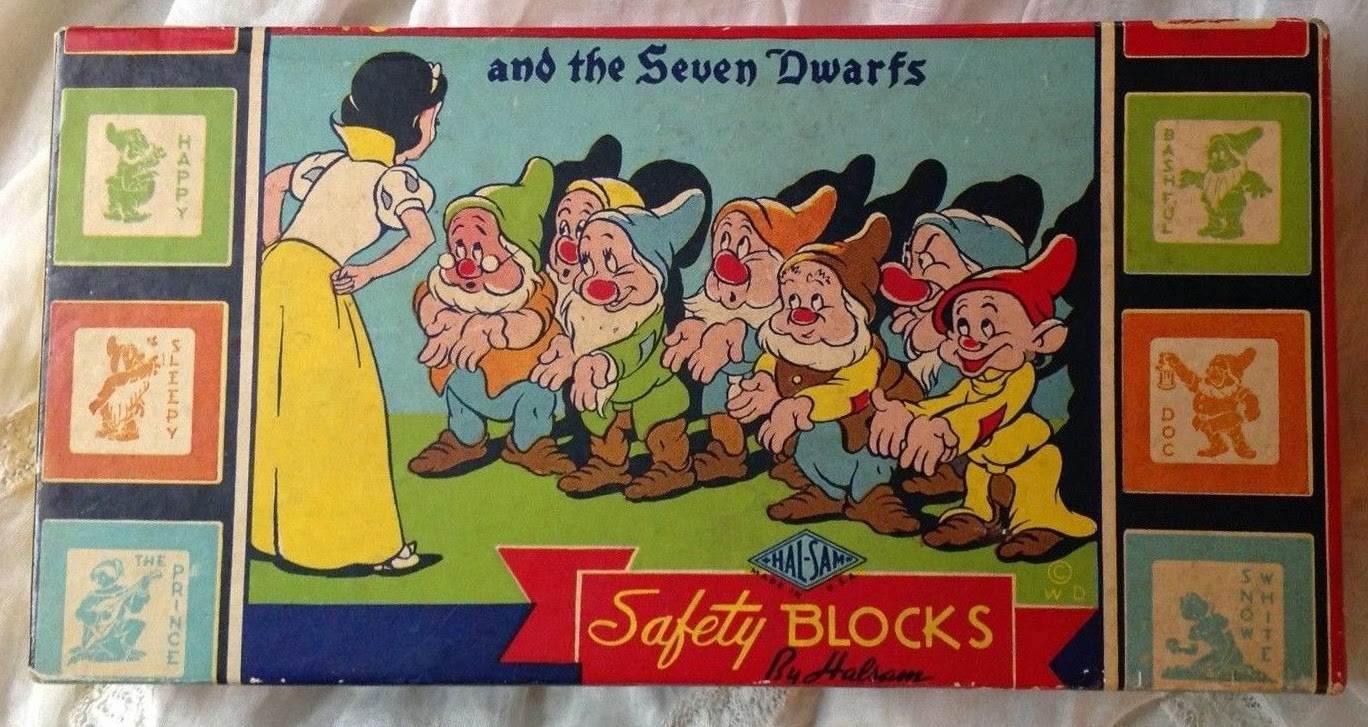 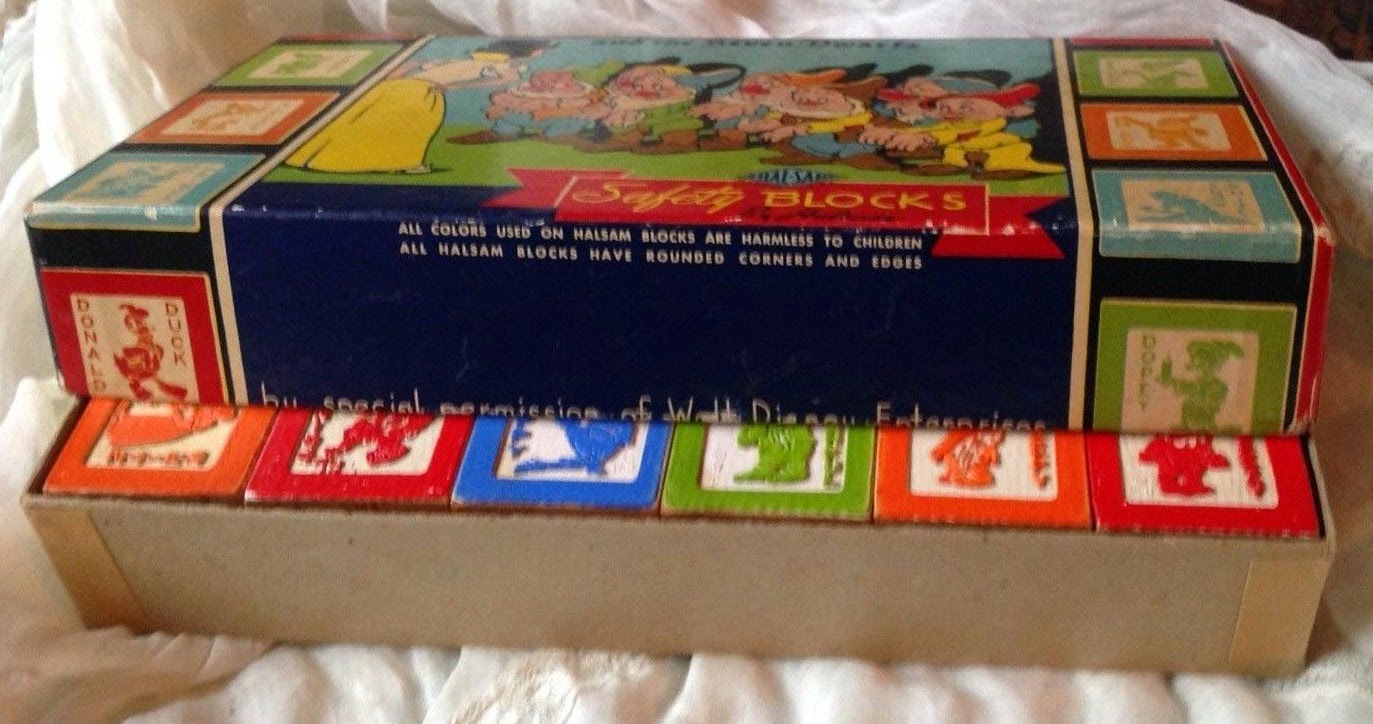 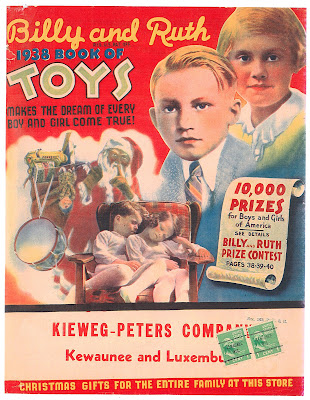 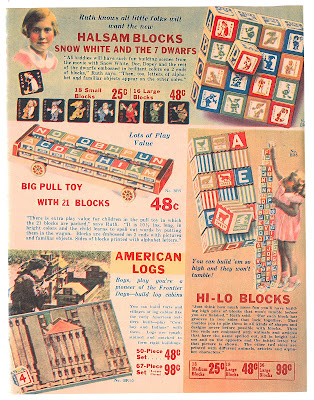 
They also appeared in the 1940 wholesale catalog of The Tracy-Wells Company. 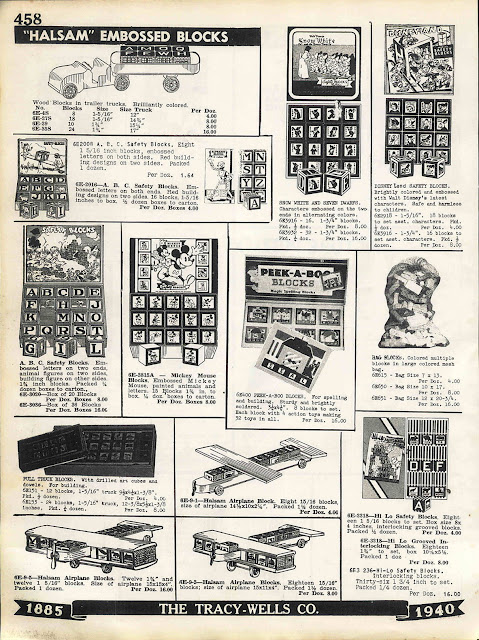 Wholesale catalog image via gdawg.
Posted by Snow White Archive at 12:01 AM