Kids could "talk to" Snow White and each of the Seven Dwarfs with this 1966 Hasbro Talking Telephone. It was issued with 8 two-sided plastic records, one for each character. Discs are inserted into the back of the phone. Battery powered (one D size). 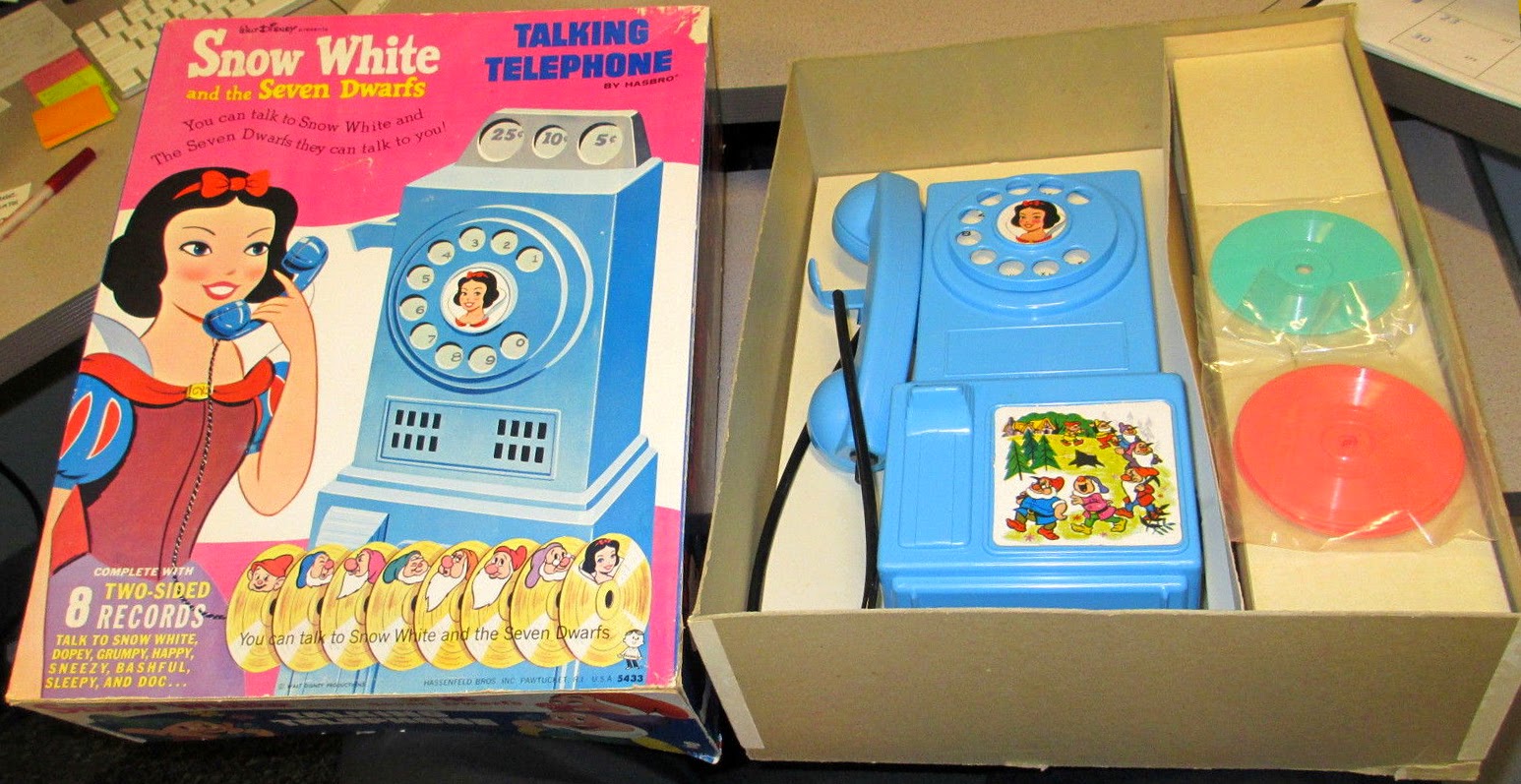 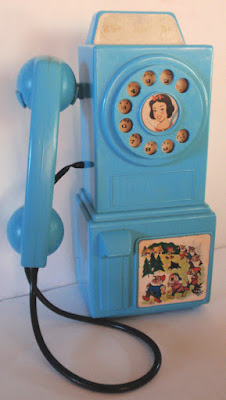 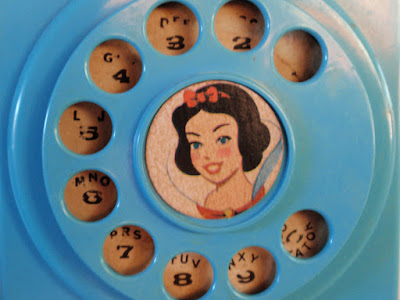 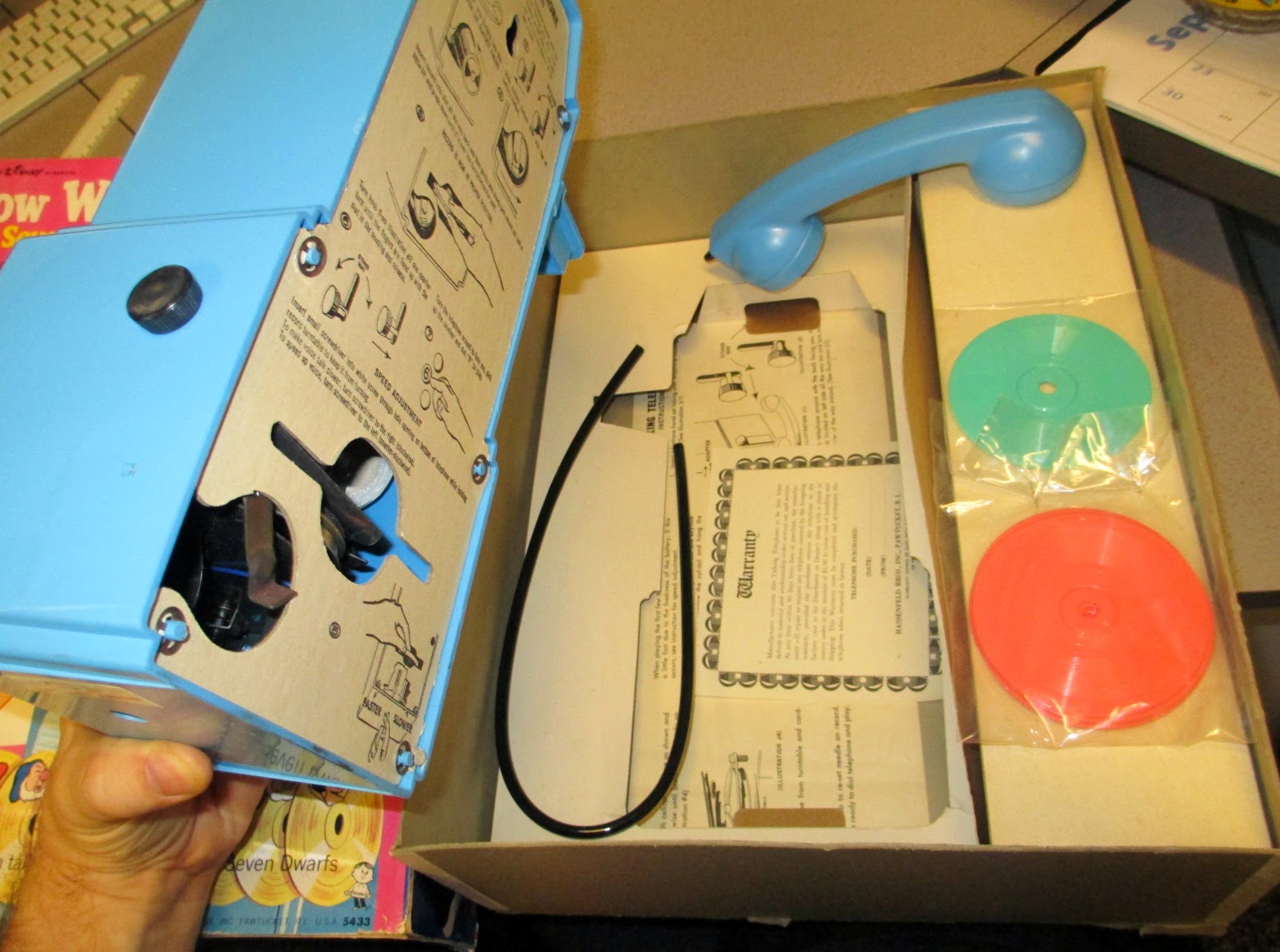 
A couple screen captures from the video. 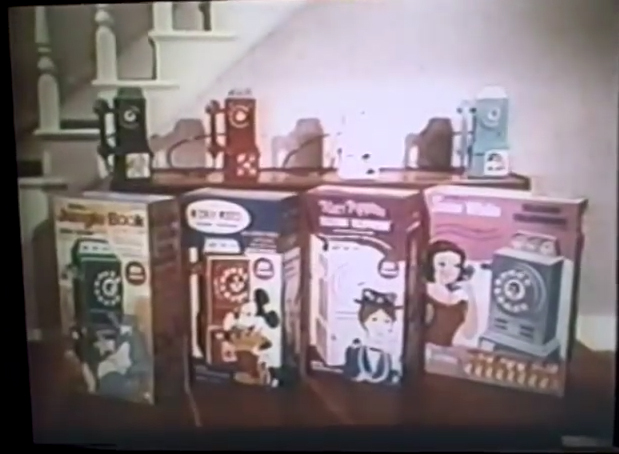 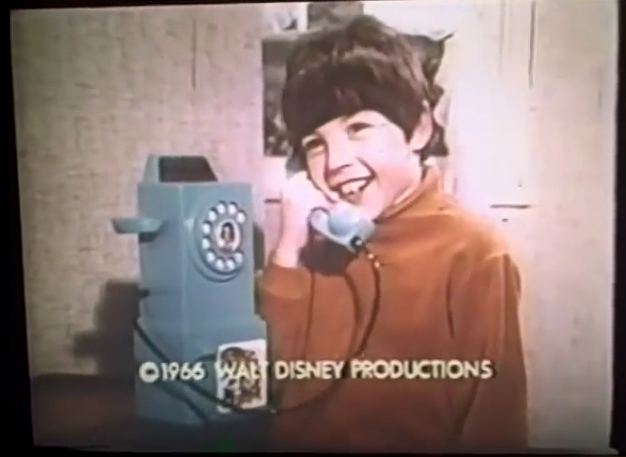 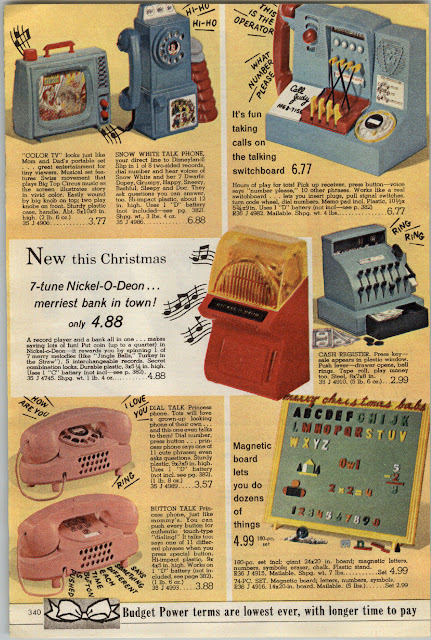