British auction house, Bonhams, will be hosting an animation art sale June 13, 2016. A variety of original pieces are up for auction including many from Snow White. One item in particular is a mounted collection of early concept drawings by artist Albert Hurter. The artwork dates from 1935 when Walt Disney was still very much in the developmental stage of the film. Note that Baldy and Deafy--two dwarfs that never made the final film--were included here instead of Sneezy and Bashful. Also Snow White has long light hair, plus blue eyes rather than brown. Colored pencil on paper. 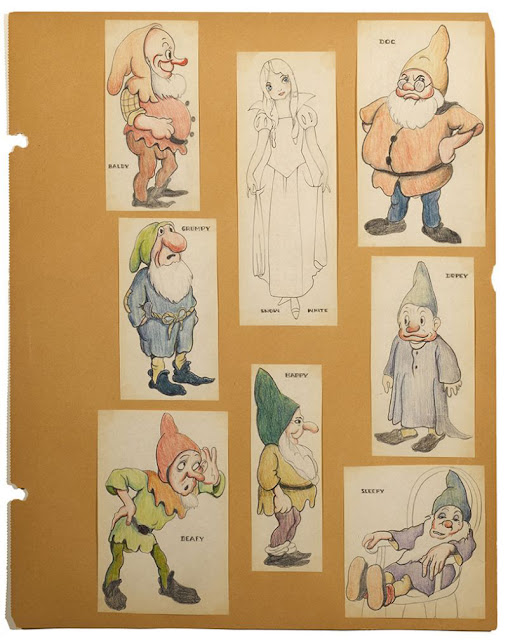 The artwork was found in the auction catalog (p. 54). 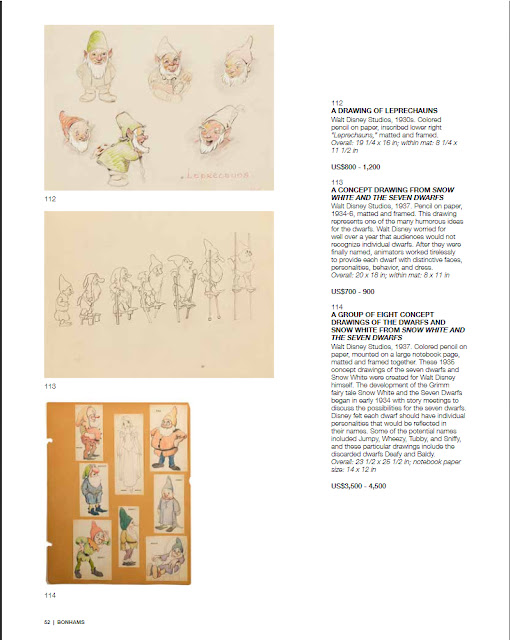 Special thanks to William Stillman for the heads-up on this auction.
Posted by Snow White Archive at 12:01 AM