The 1979 Snow White book, which was issued in the US by Viking Press (previous post), was also released as an Italian edition, though with less pages. It was published in 1980 by Mondadori, Milano. It coincided with the Italian re-release of the movie that year. 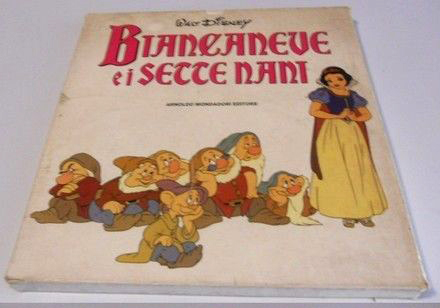 Special thanks to Nunziante Valoroso for letting us know about this one.
Posted by Snow White Archive at 12:01 AM