In 1987, Disneyland/Vista Records and Tapes released a Snow White 50th anniversary CD (see previous post). The recording included bonus interviews with Walt Disney, Ward Kimball, and Adriana Caselotti. In this letter from the producer of the disc, Ted Kryczko, we learn that her "interview was taken from the Snow White 48th Year Re-release Video Press Kit." As a token of appreciation, they sent Adriana a payment of $200 for material to be used. The letter is dated February 9, 1987. 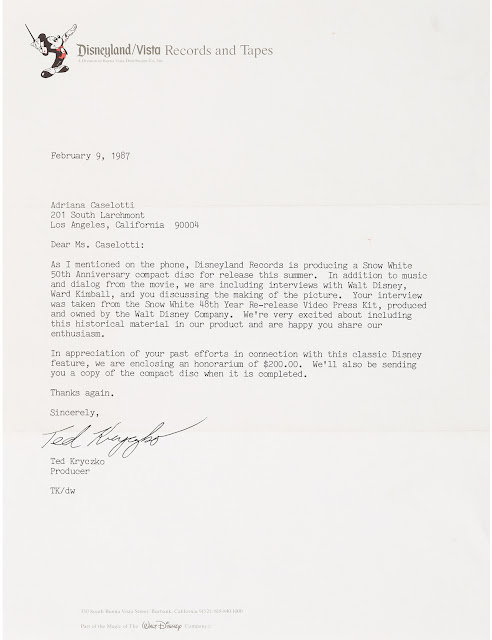