Oscar night February 23, 1939. On hand at the Biltmore Hotel in Los Angeles was Walt Disney. At age 38, he'd already been the recipient of seven Academy Awards from previous years (the first of which he garnered back in '32 for his ground-breaking color Silly Symphony, Flowers and Trees--first Oscar ever awarded to an animated film).

But his award this night was different. As anyone who is a fan of Disney already knows, Walt was presented an Honorary Academy Award for Snow White's "significant screen innovation which has charmed millions and pioneered a great new entertainment field for the motion picture cartoon".

The Oscar consisted of one full size statue and seven miniatures. Shirley Temple, after presenting the award, said, "Aren’t you proud of it Mr. Disney?"  Walt replied “I’m so proud I think I’ll bust.” 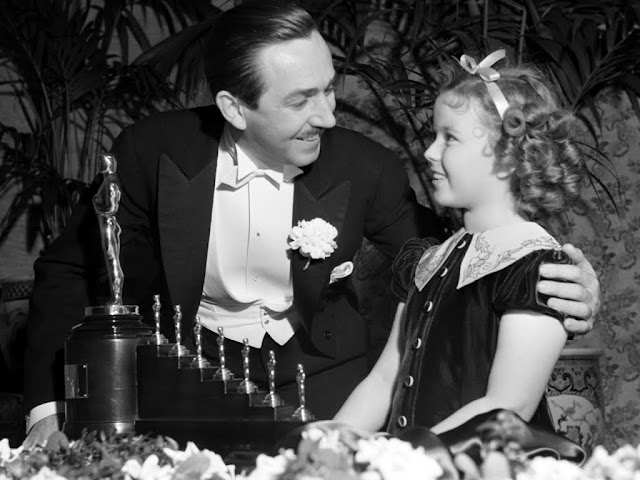 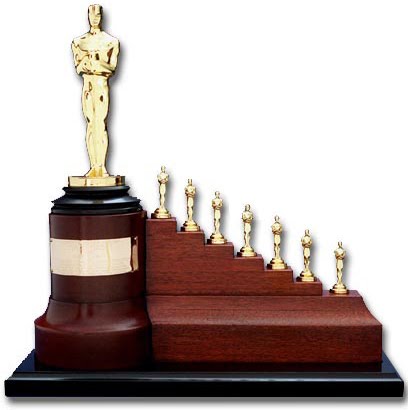 His Oscars including the Snow White set are on display at the Walt Disney Family Museum in San Francisco as seen in the video below.

Posted by Snow White Archive at 6:43 AM