In an earlier Archive entry, we saw the Snow White story and soundtrack CD from 1987. Two years later in 1989, it was reissued in the United Kingdom on the Pickwick International label. Catalog no. DSMCD 456. Features both music and story. Narrated by Hal Smith. Bonus tracks include interviews and deleted song. Compact disc only, no read-along book. 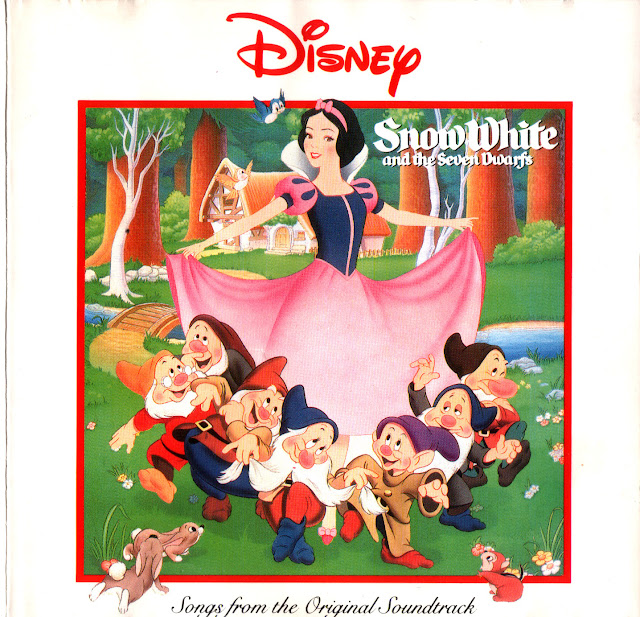 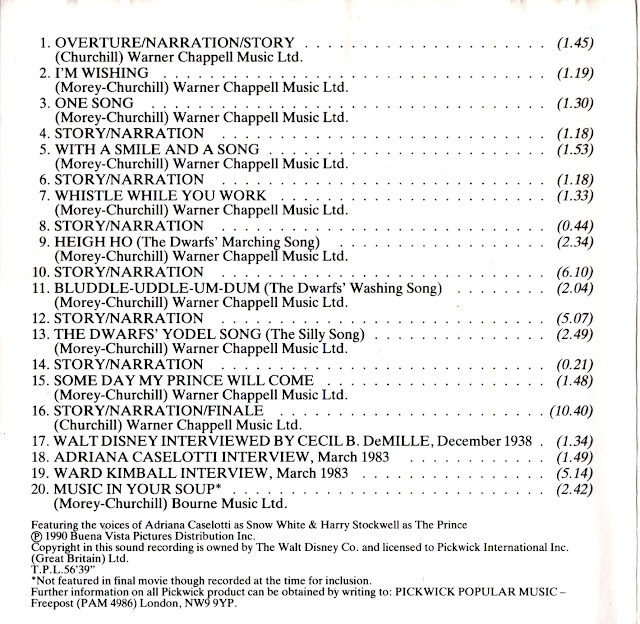 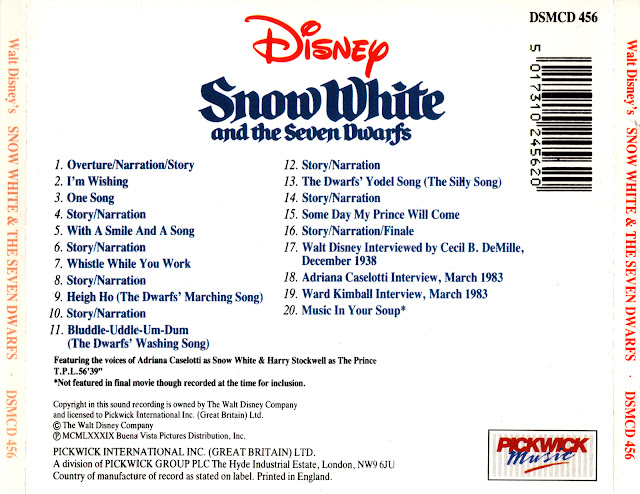 Images courtesy of the Greg Philip Collection.
Posted by Snow White Archive at 12:01 AM