Eight lobby cards from the 1992 United Kingdom theatrical release of Snow White--seven scenes plus a title card. The latter includes the "pink dress" incarnation of the princess. The cards are a super glossy finish and are printed on a heavier stock paper than in earlier years. Each measures the standard 11" x 14". 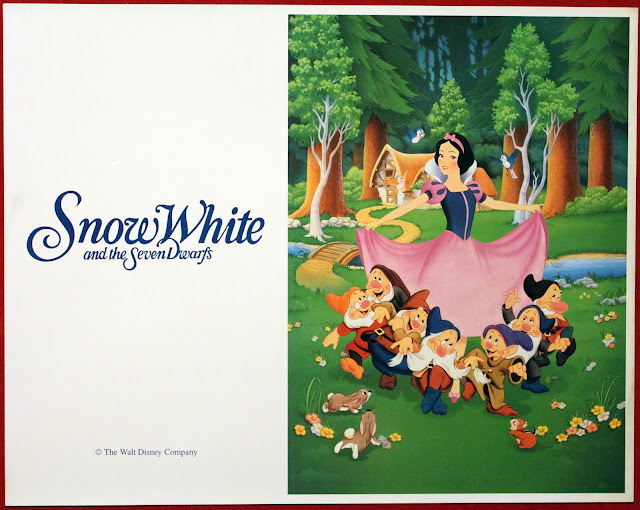 Each is marked only with the movie title and "© The Walt Disney Company." 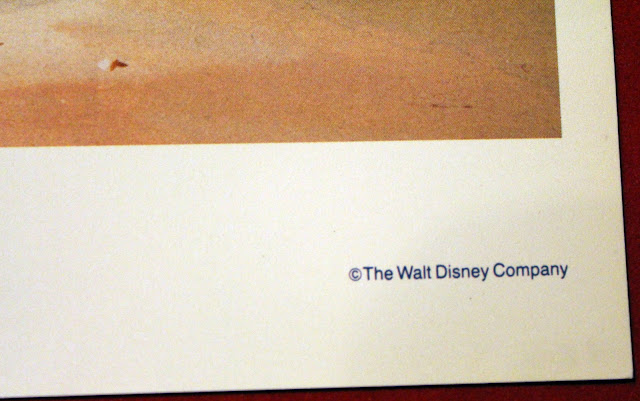 Noticeably missing from this set are images of the Witch and Queen. The Prince didn't make the cut either. 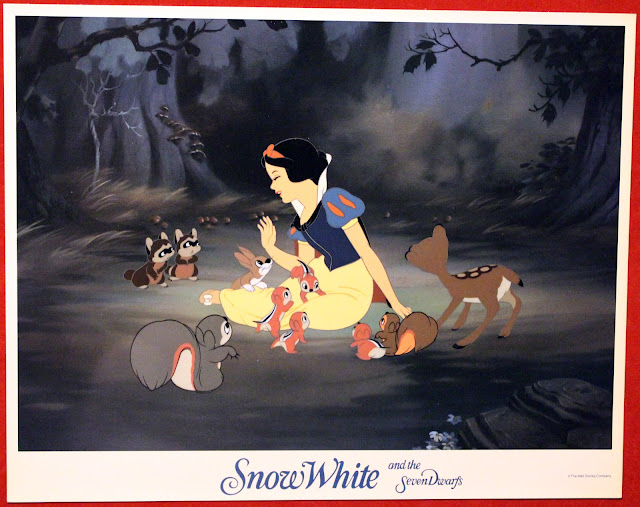 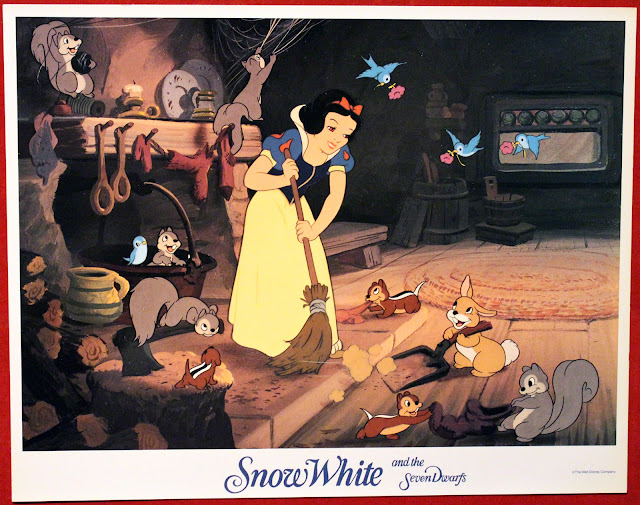 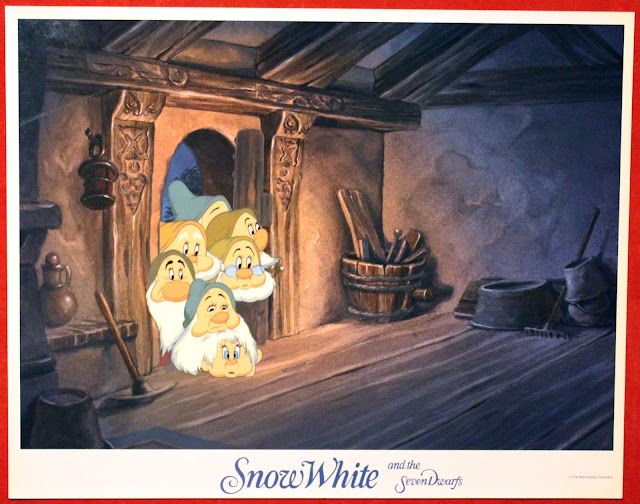 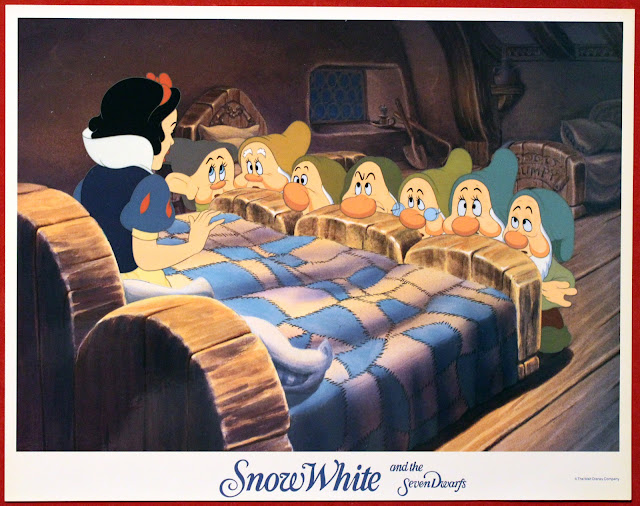 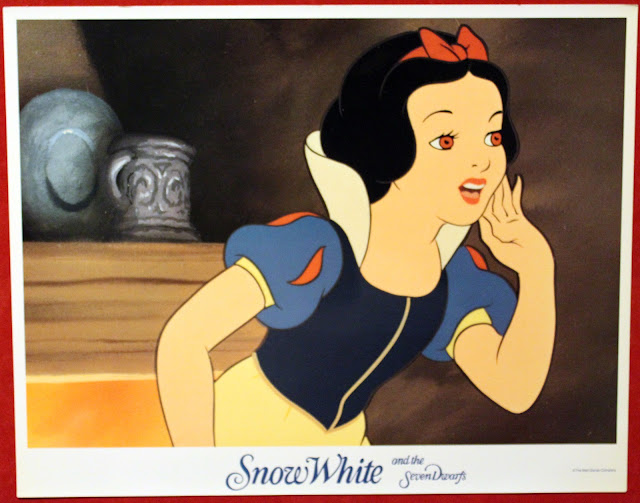 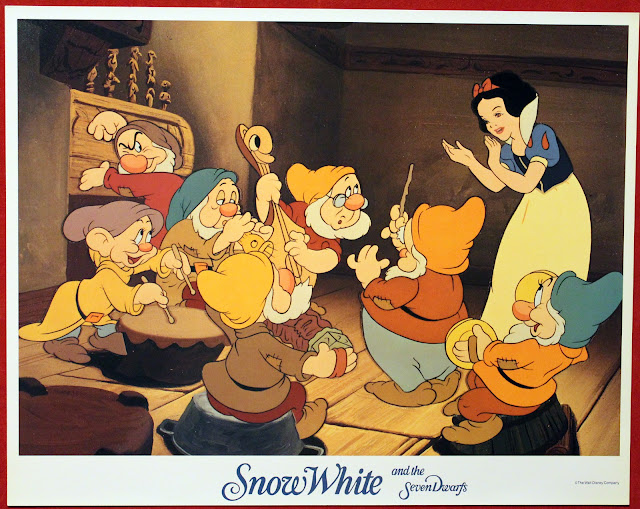 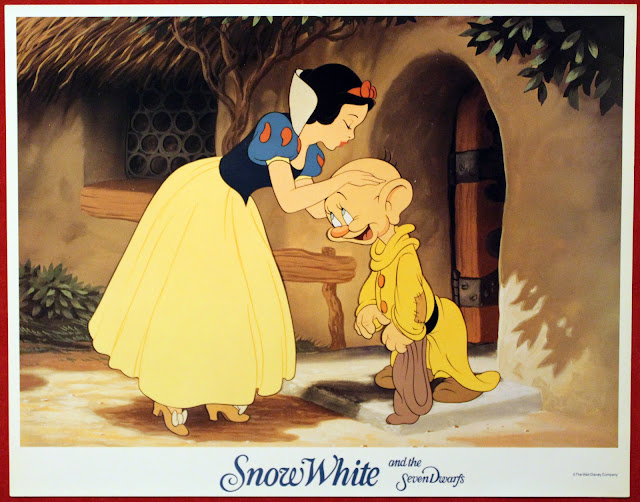