Issued during Disneyland's 45th Anniversary celebration, this Snow White lithograph was part of the year 2000 Character-of-the-Month series. For just 2 hours (1:30-3:30 pm) on May 13, 2000, Disney artist Peter Emmerich was on hand at the Disneyana Shop, Main Street USA, to sign a limited edition of 200 lithos.

Snow and Dopey are shown standing at the Wishing Well in Snow White's Grotto. Notice that her dress is that of a cast member design rather than what was seen in the original motion picture. Print measures approximately 16" X 20". 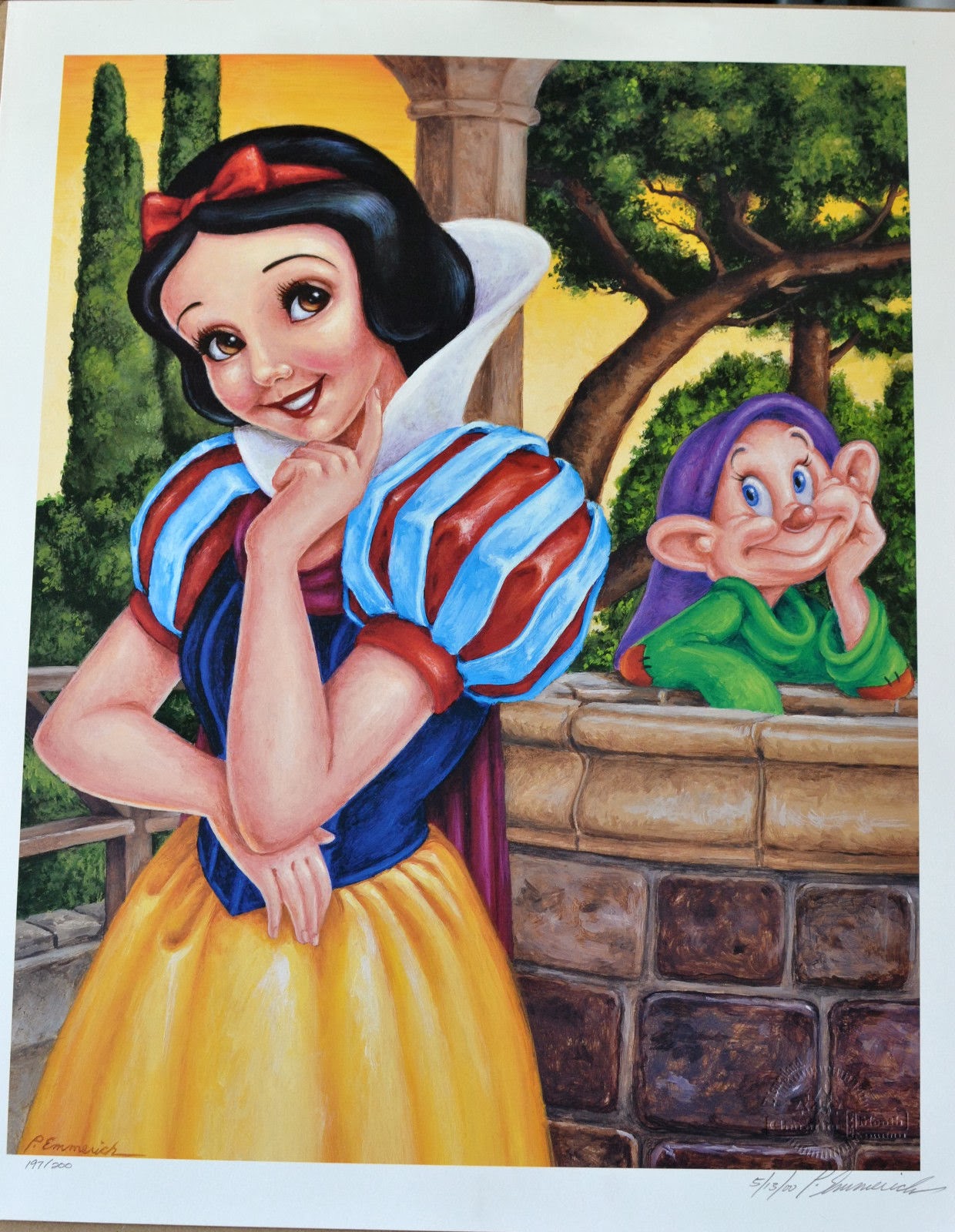 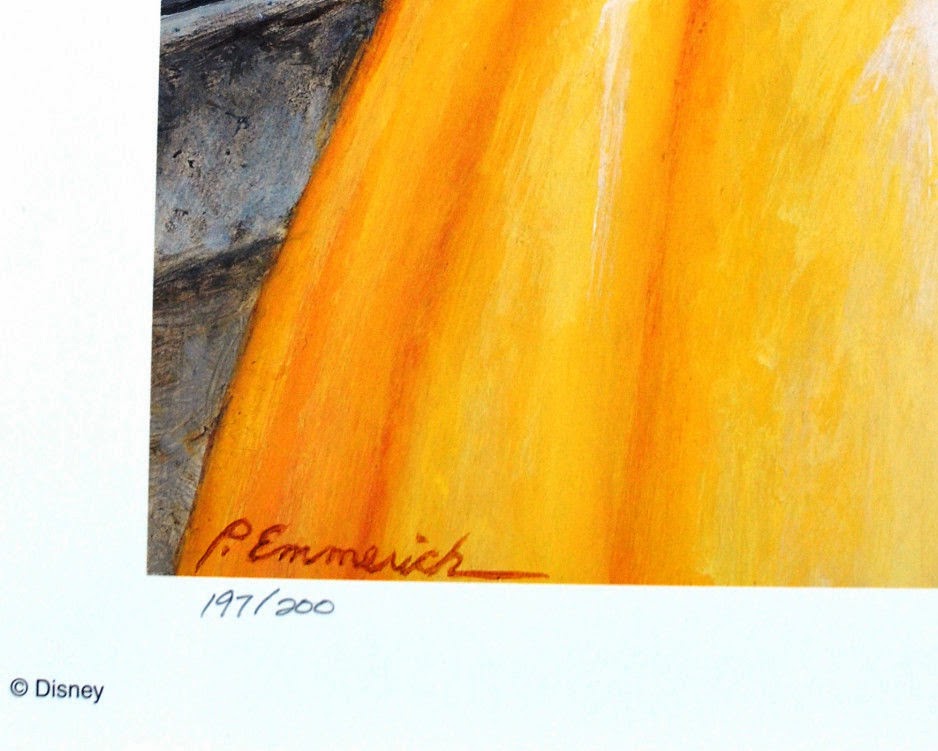 Signed by the artist and embossed with the Disneyland Character-of-the-Month seal. 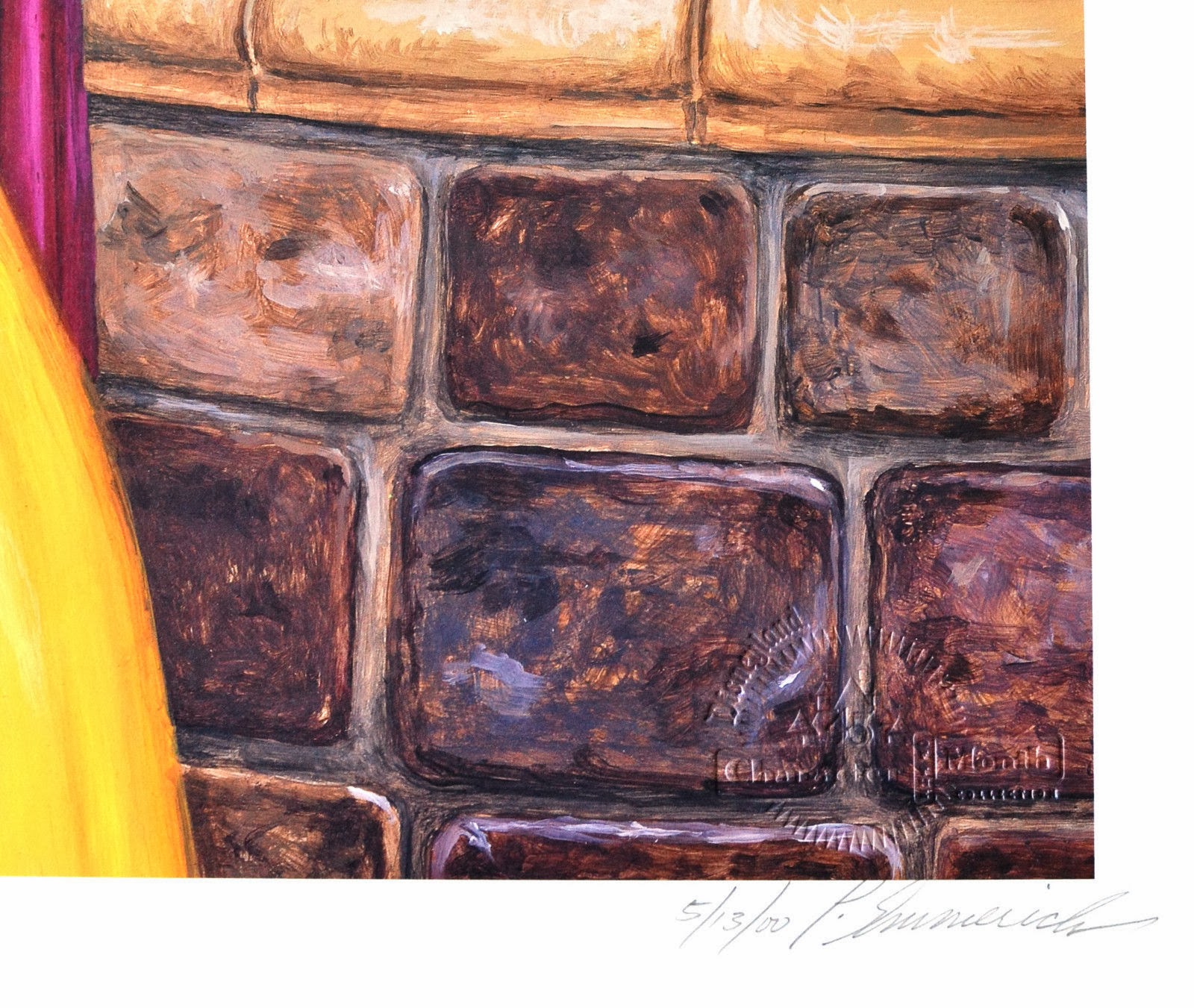 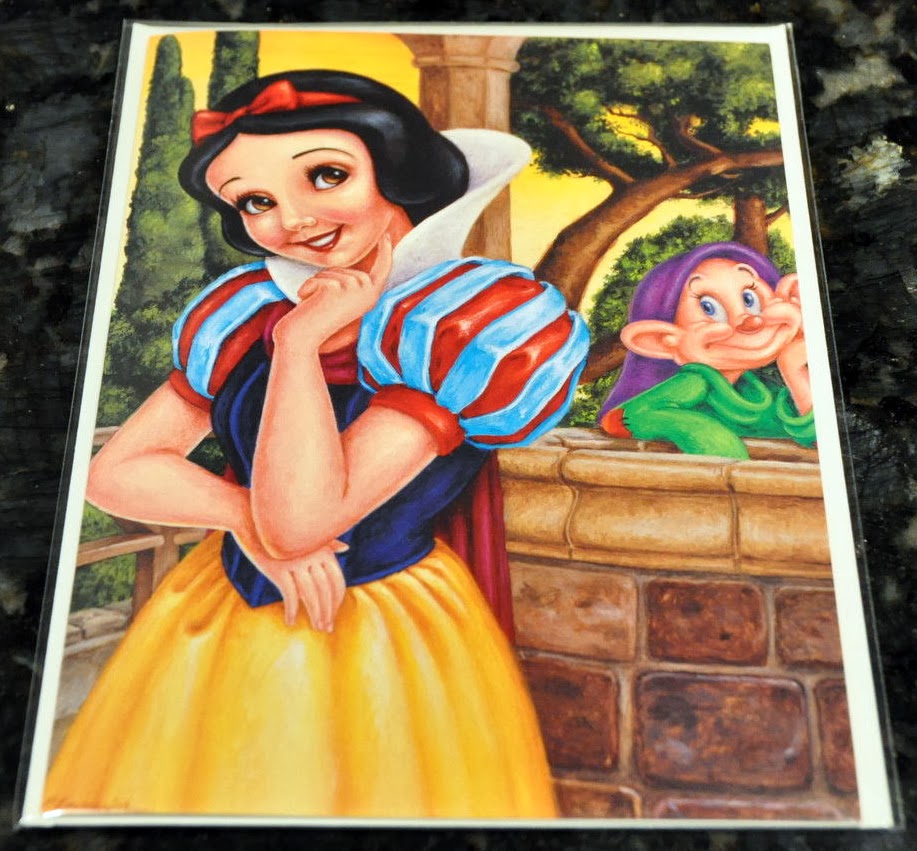