Mickey's Fun Fair from 1939 was part of the Pepys card game series produced by Castell Brothers, Ltd. in the UK. The illustrations feature Snow White characters along with ones from the Mickey, Donald, Goofy, and Silly Symphonies shorts. Dimensions 2.25" x 3.5". 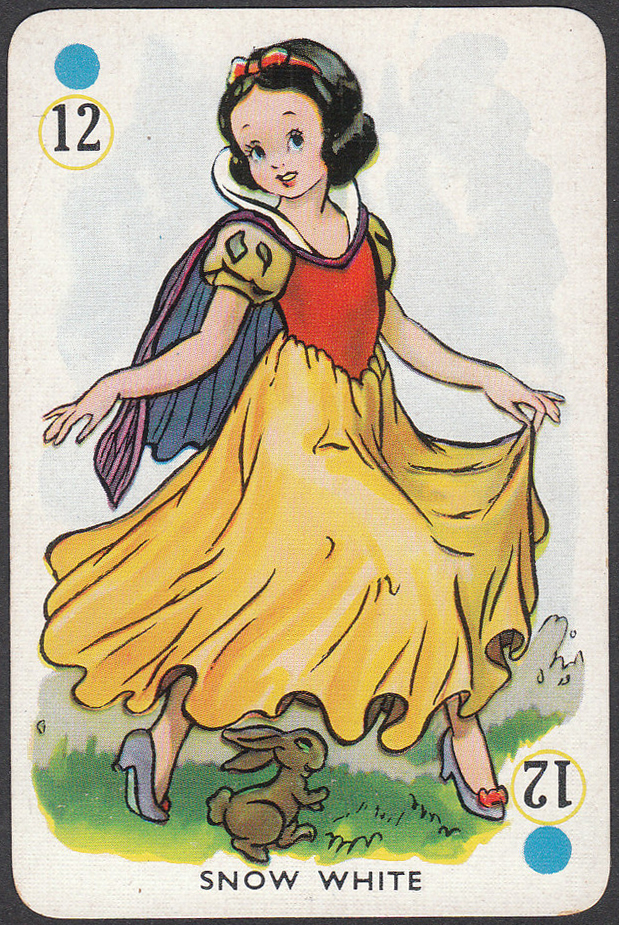 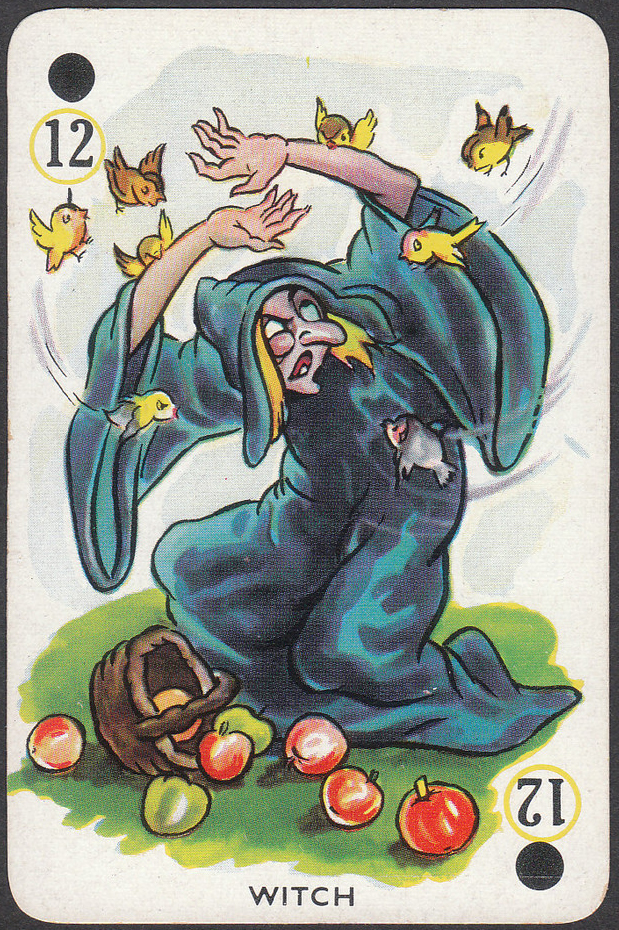 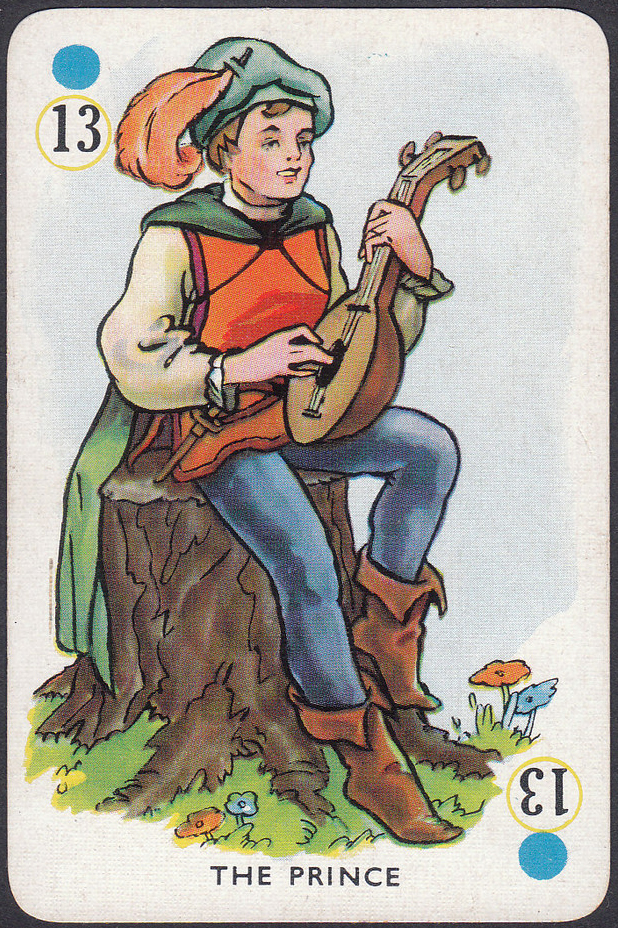 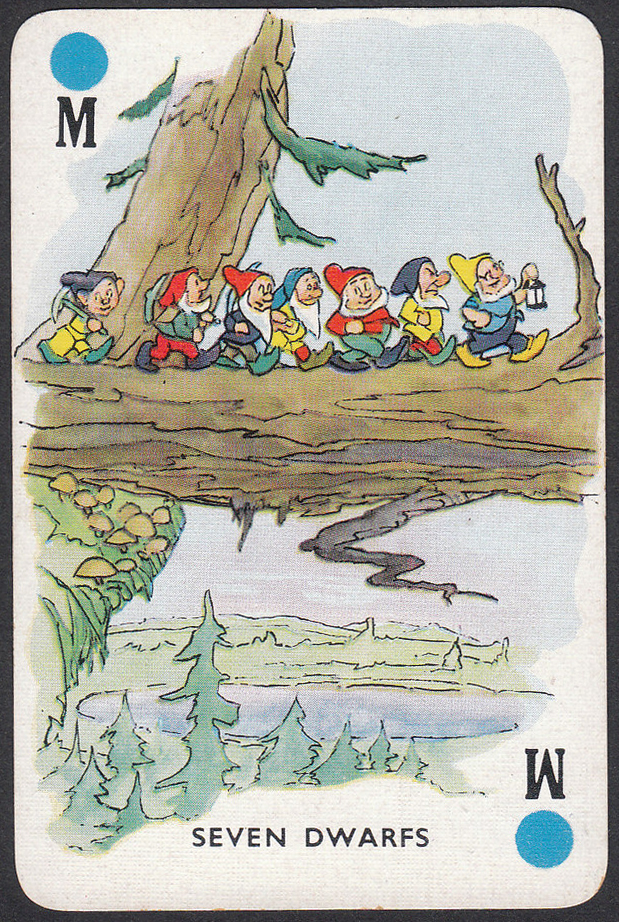 Donald Duck is having a good 'ol time on the opposite side. Both a blue and a red-tinted deck were produced. 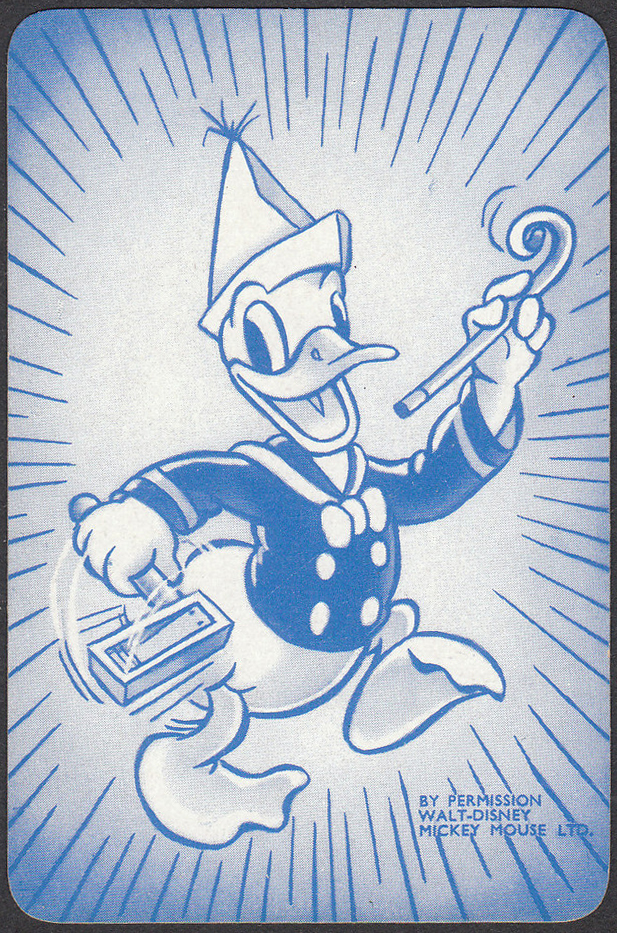 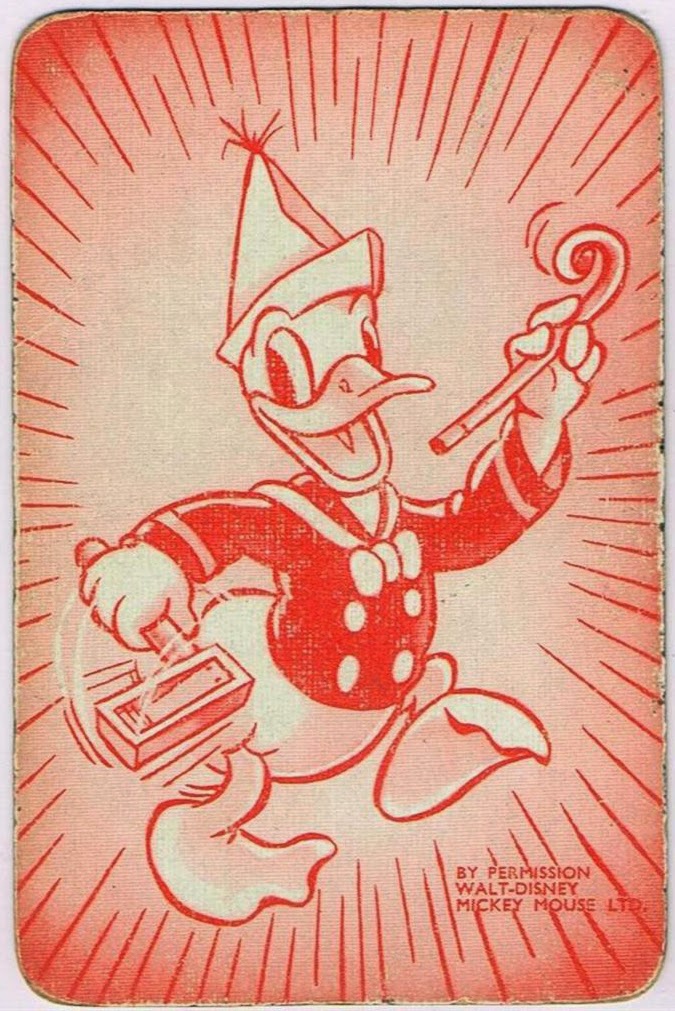 Each deck contains 44 cards, and they were sold two decks (one blue, one red) to a box for a total of 88 per package. Original price 2/6. There were also two different boxes issued, again in these two color choices. 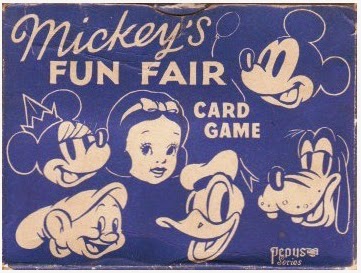 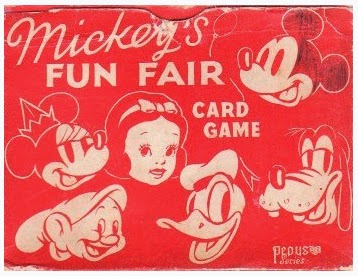 Each set has four colored suits (blue, red, yellow, black). Each suit is numbered 4-13 plus an additional "M" card. One deck is used for 2-3 players, both decks if there are more. 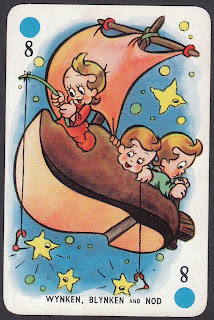 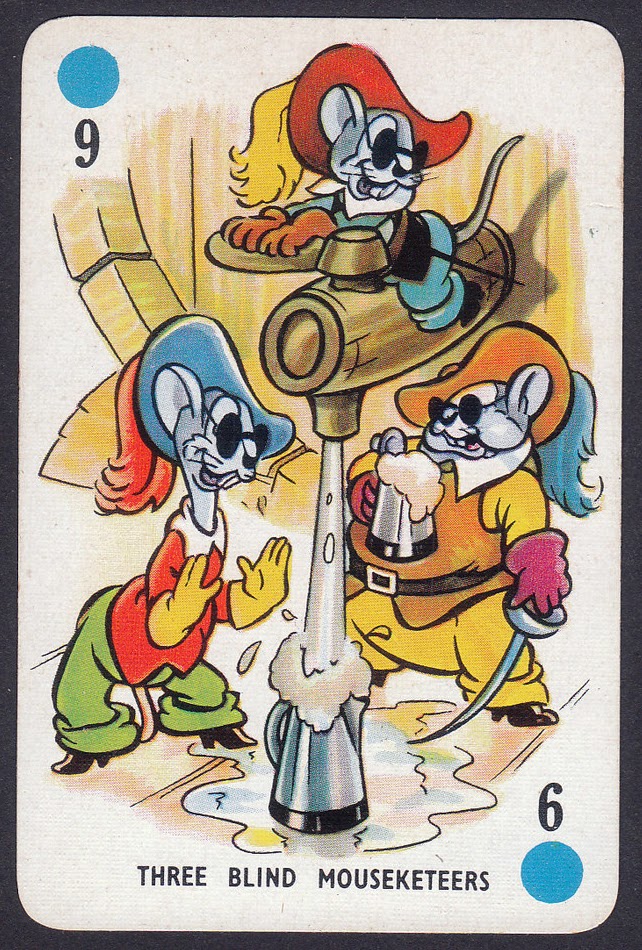 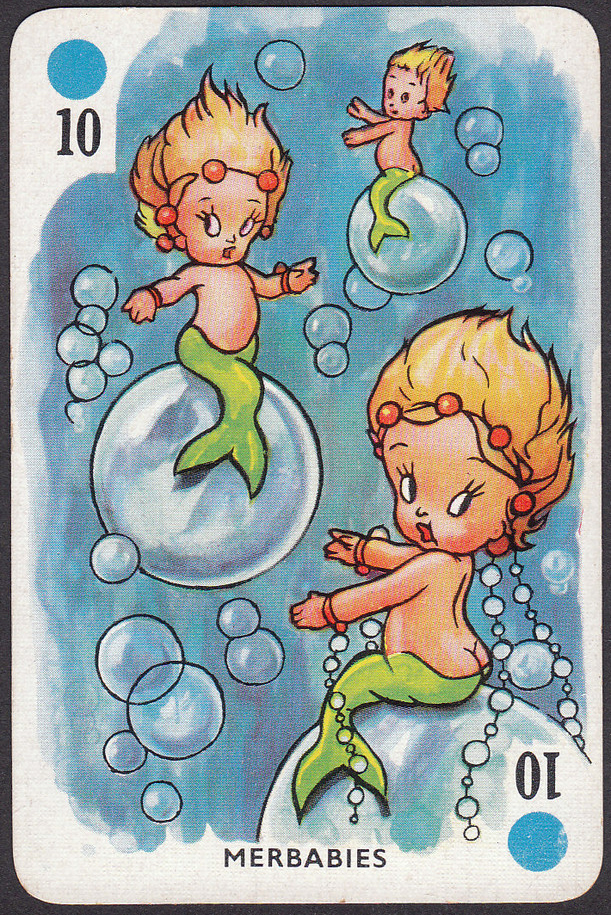 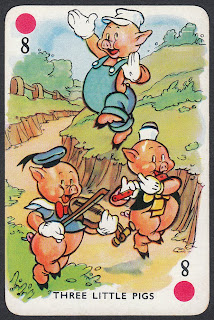 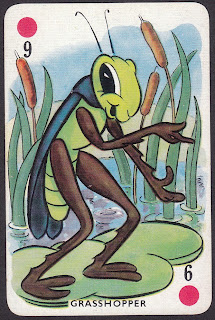 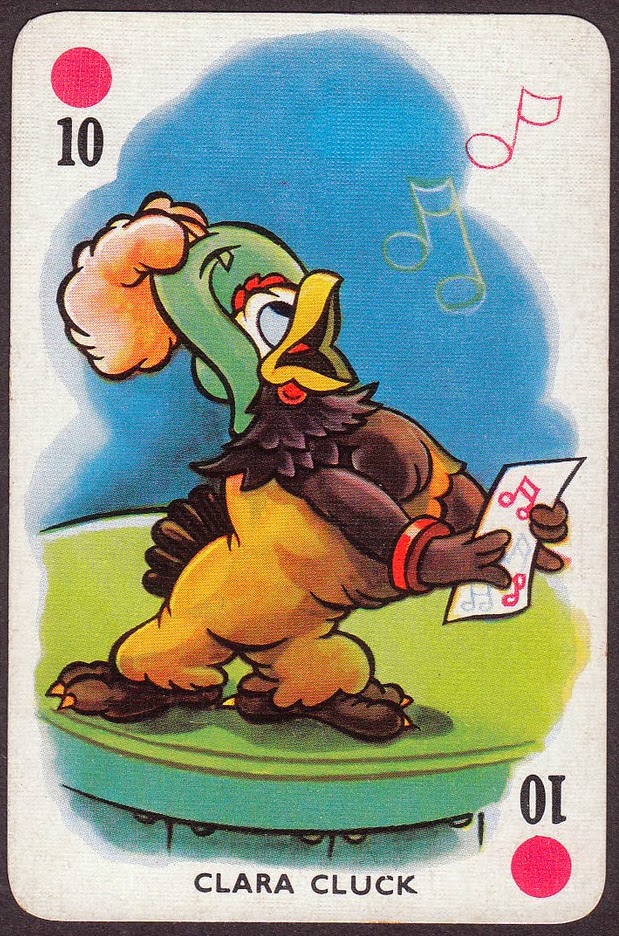 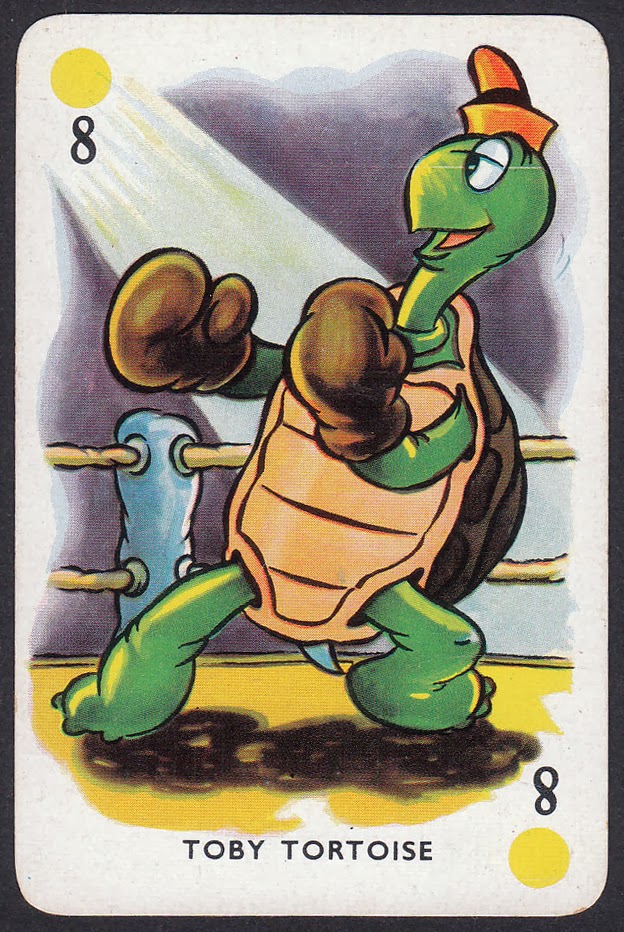 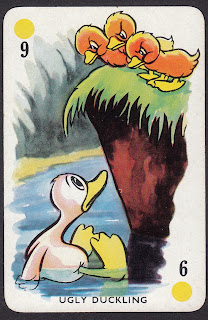 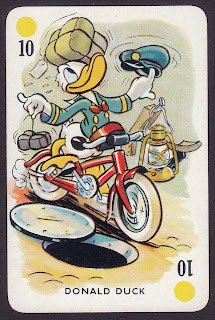 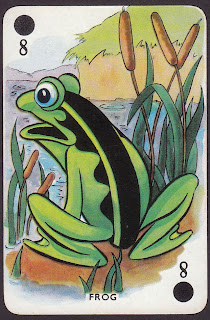 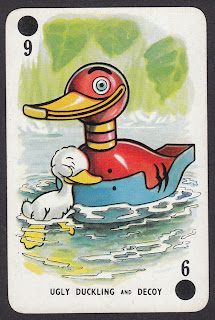 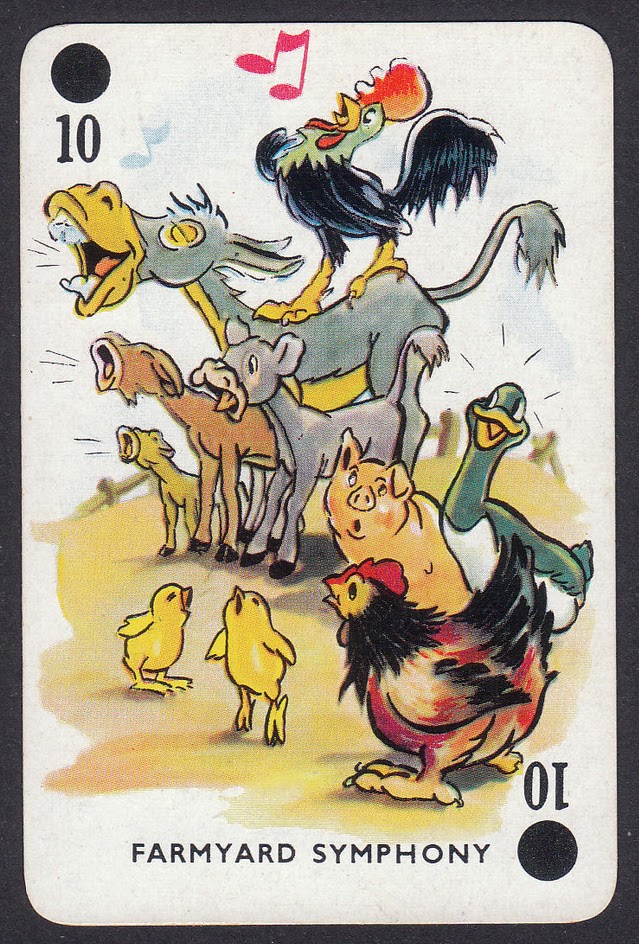 
The game is played similar to Bezique. Players attempt to win tricks. If the suit can't be followed, you may trump the trick. Players can lay down a "marriage"--two pairs that go together--which then becomes trump. These cards would be the Prince and Snow White, Donald and Donna Duck (not Daisy), Mickey and Minnie Mouse, and Big Bad Wolf and the Witch. Marriages and specific cards in your tricks get you points. The player with the most wins. 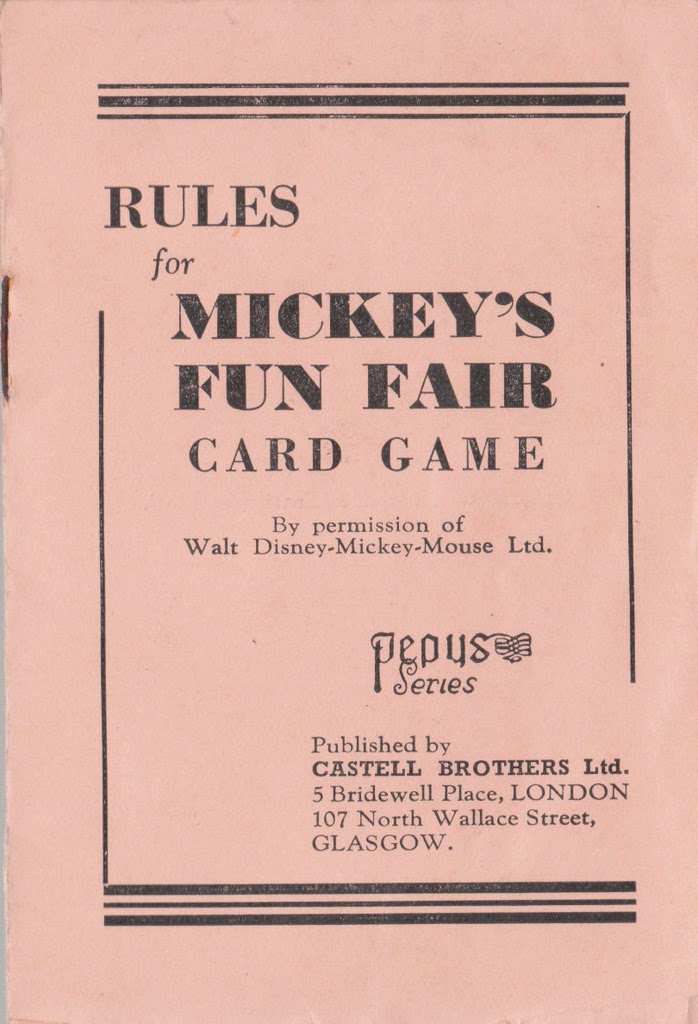