Available to 1938 moviegoers in Denmark, this theatre booklet--Walt Disney's Snehvide og de syv Dværge--tells the story of Snow White in Danish. It's a total of 12 pages including covers. A variety of illustration styles are used throughout, including those found in the published storybooks of the time. On the front cover is Gustaf Tenggren's distinctive work. 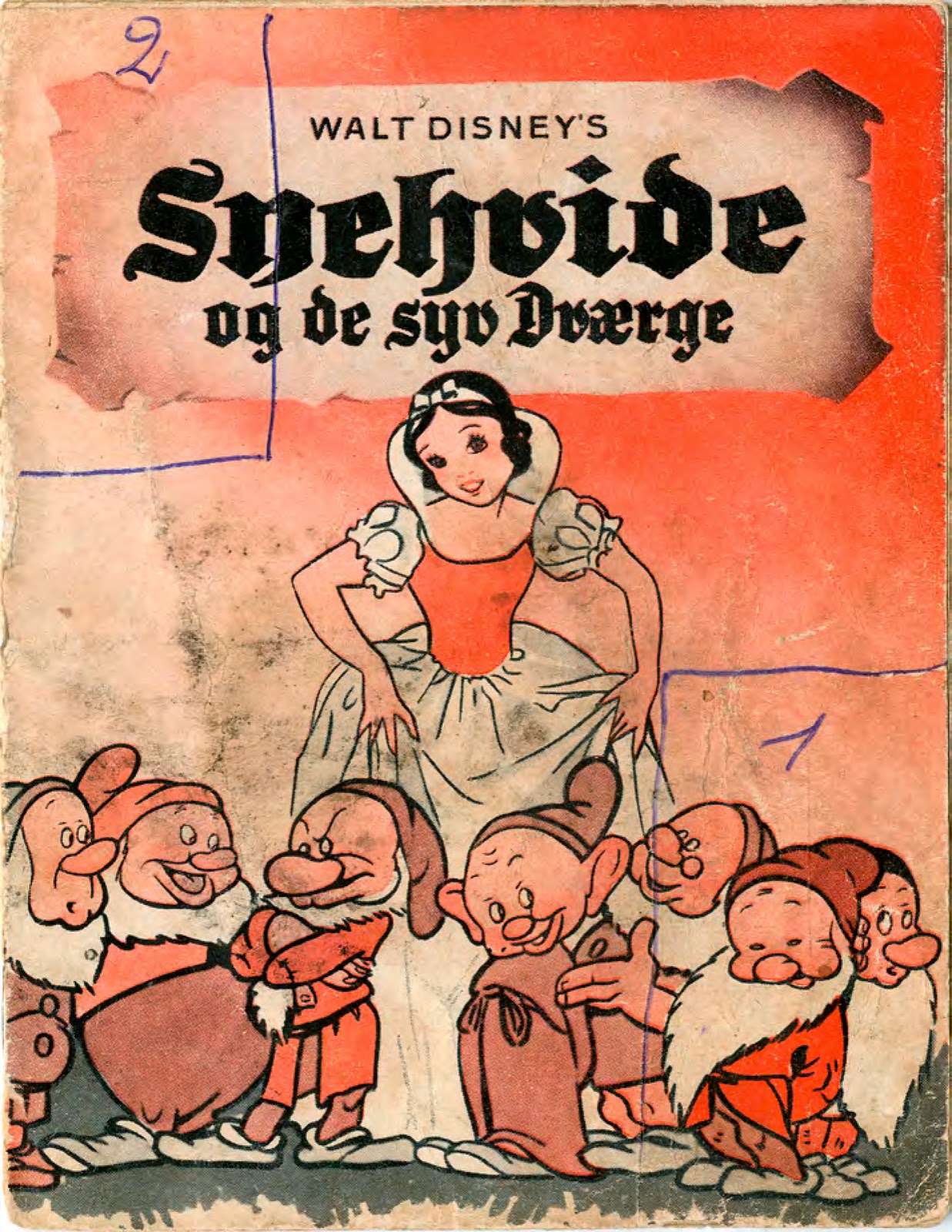 It's very interesting to note that on the title page, details are provided about the Danish dubbed soundtrack, in particular, the names of the voice actors. This is quite unusual since Walt Disney went to great strides to not reveal this information to the public. He believed that it would "heighten the audiences' acceptance of the voice as part of a character" if the actors were not associated with the roles they portrayed. But in a smaller country like Denmark, it was probably outside Walt's ability to keep this under wraps. Note that the page does contain the official RKO logo.

Annie Jessen was the voice of Snow White, and Clara Pontoppidan played the Evil Queen. 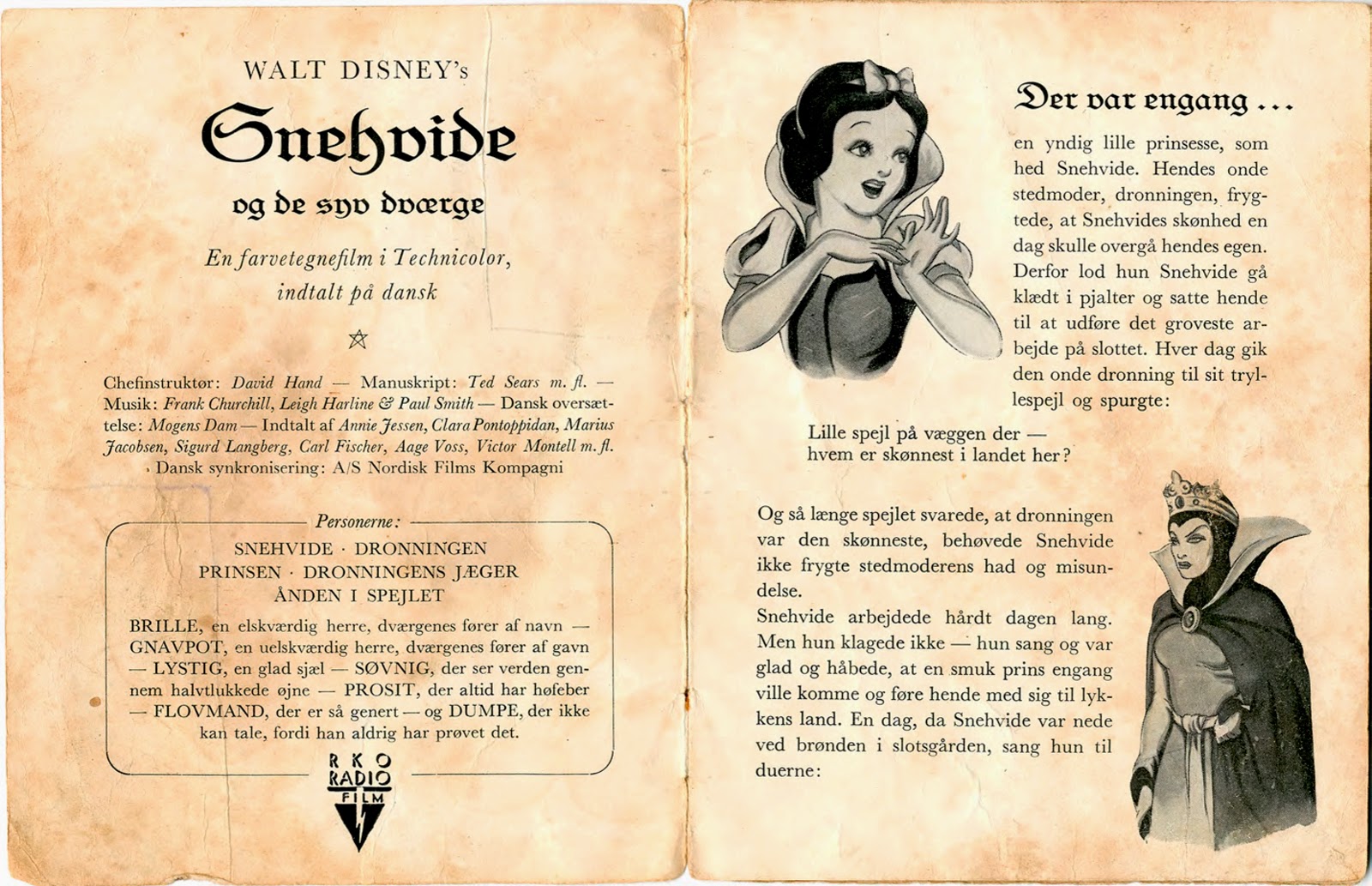 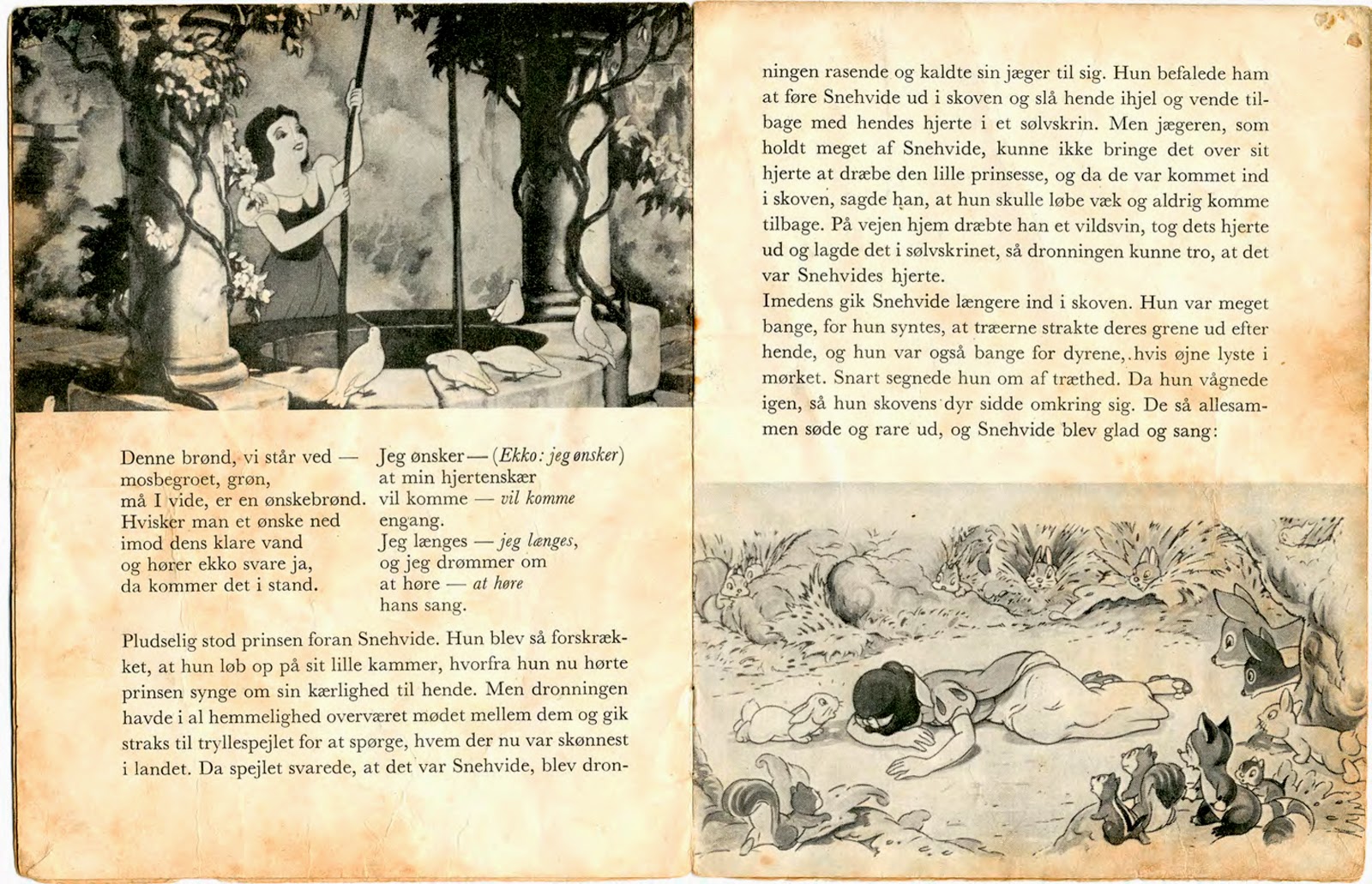 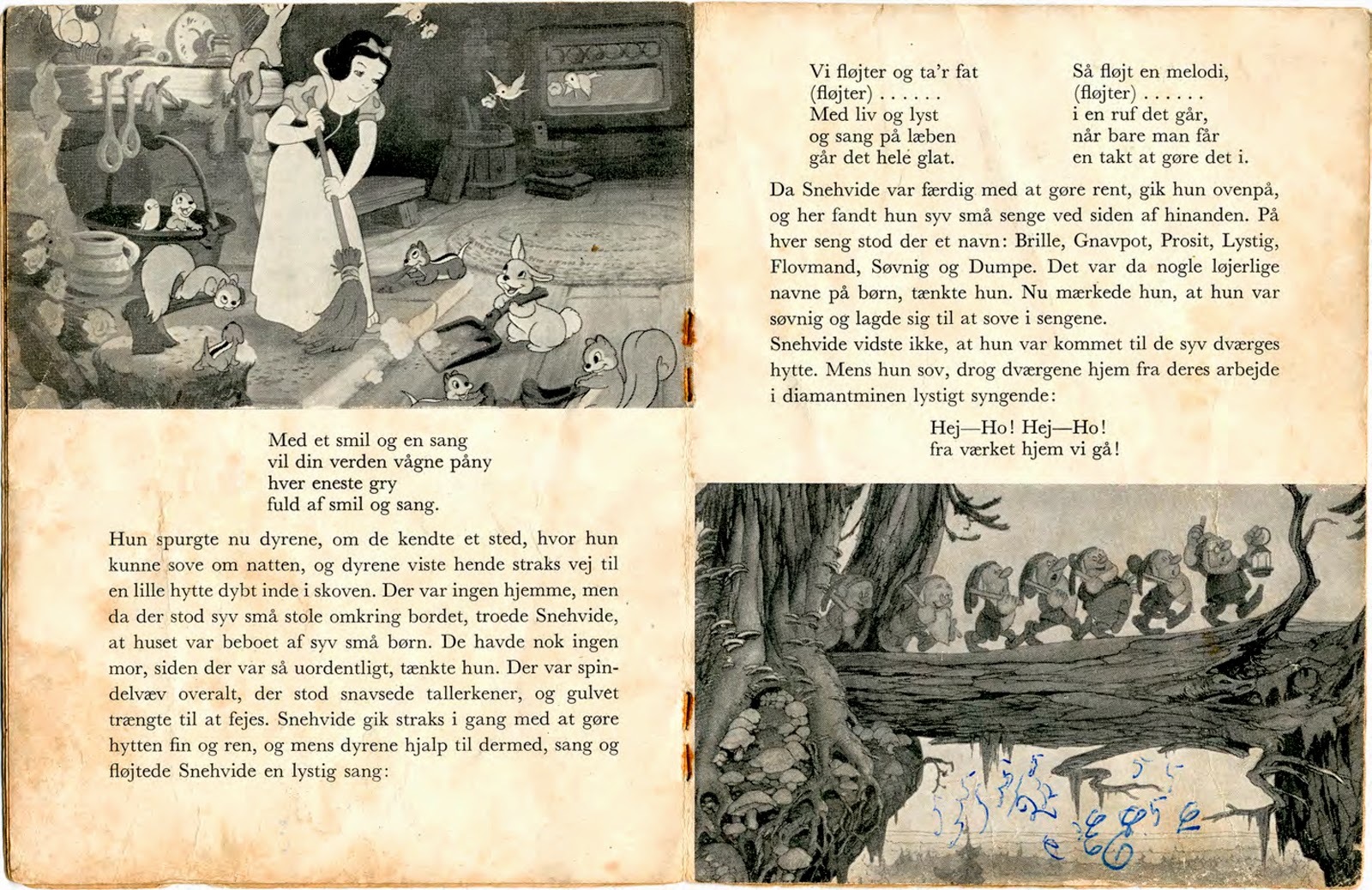 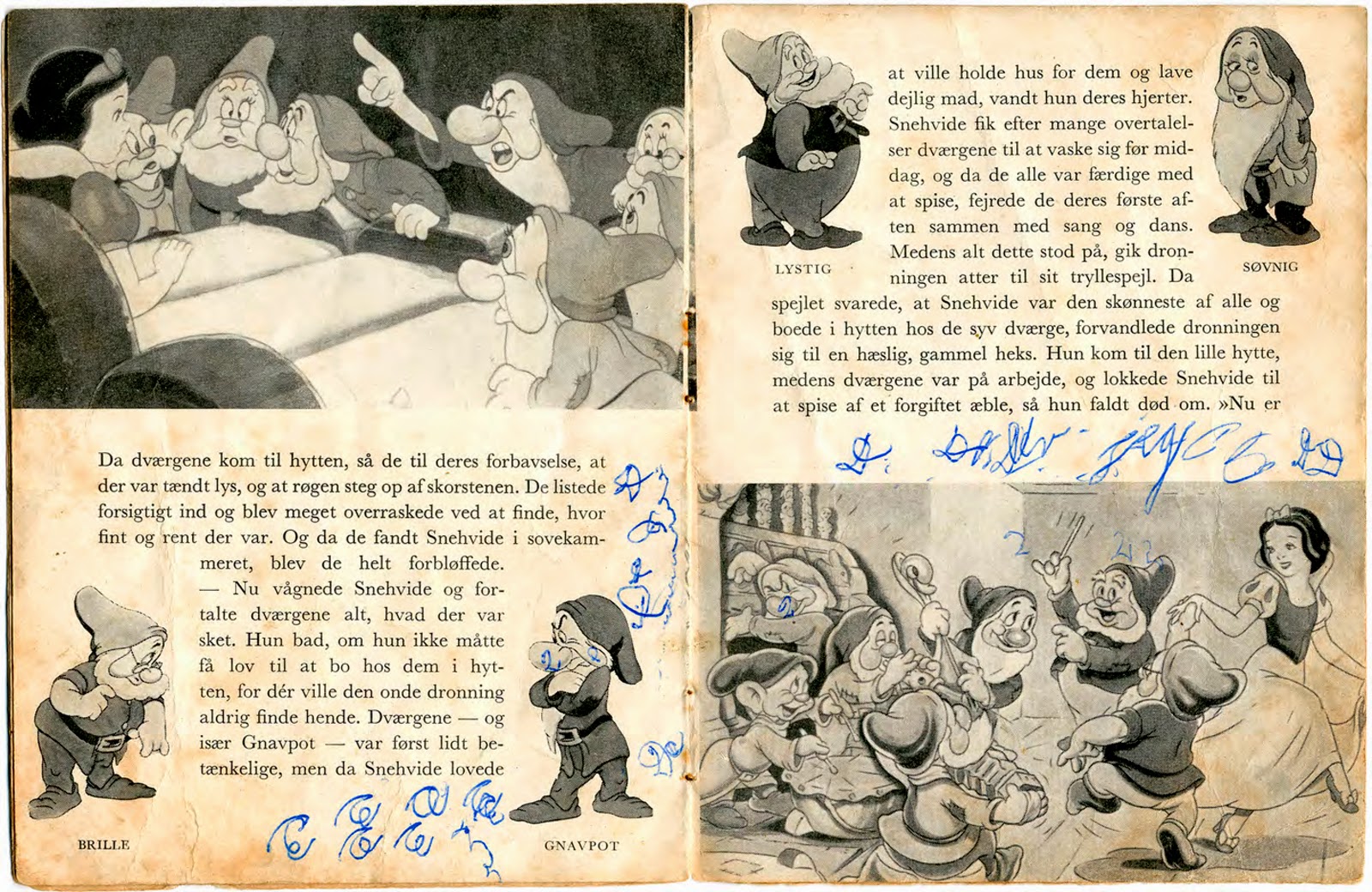 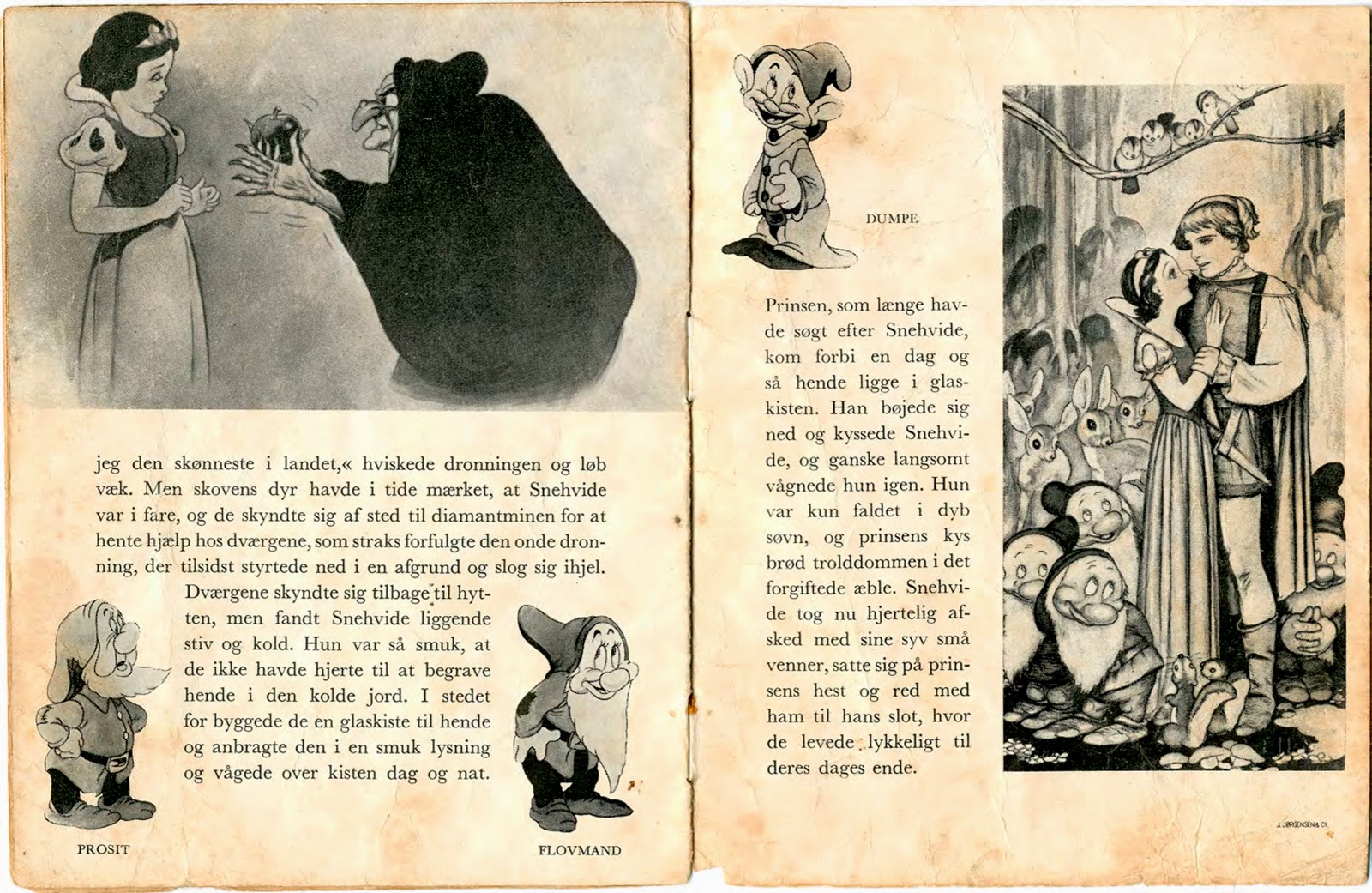 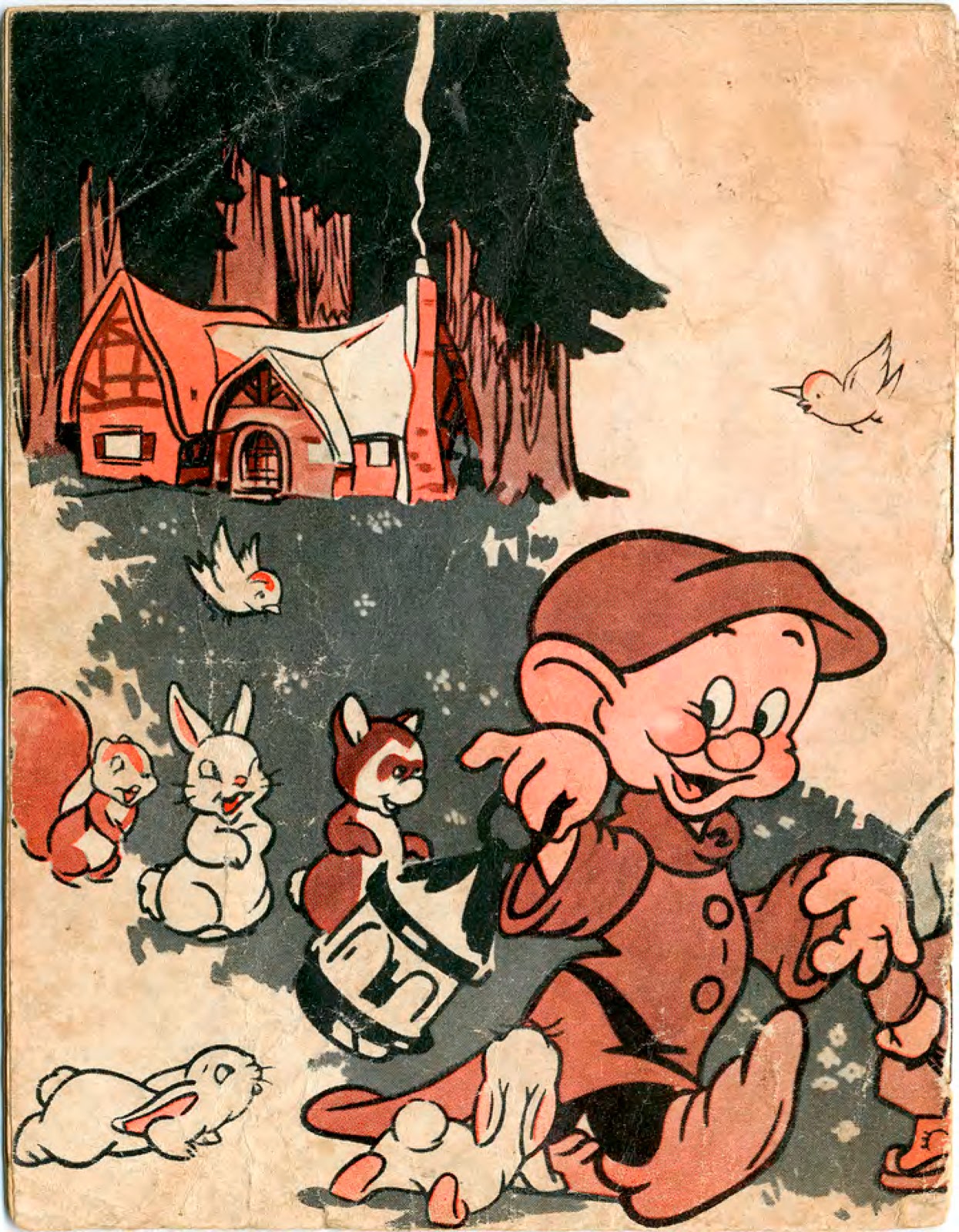 Special thanks to Holger Paulsen for sharing these images found online.
Posted by Snow White Archive at 12:01 AM