Bayard, was a 1928 Normandy-based company (named after a famous French Knight--Pierre Terrail, seigneur de Bayard). The company made a successful Mickey Mouse wind-up alarm clock in 1930. Their second Disney-themed piece was this Blanche Neige clock, first produced in 1938.

The clocks were available in a variety of colors--green, black, pink, cream, etc. Snow White sits in the center holding a bluebird which tilts left and right as seconds pass. The dwarfs and forest animals are paired with the numbers that encircle her. Dimensions: 12.5 cm high x 3.9 cm deep. The face diameter is 11.2 cm. 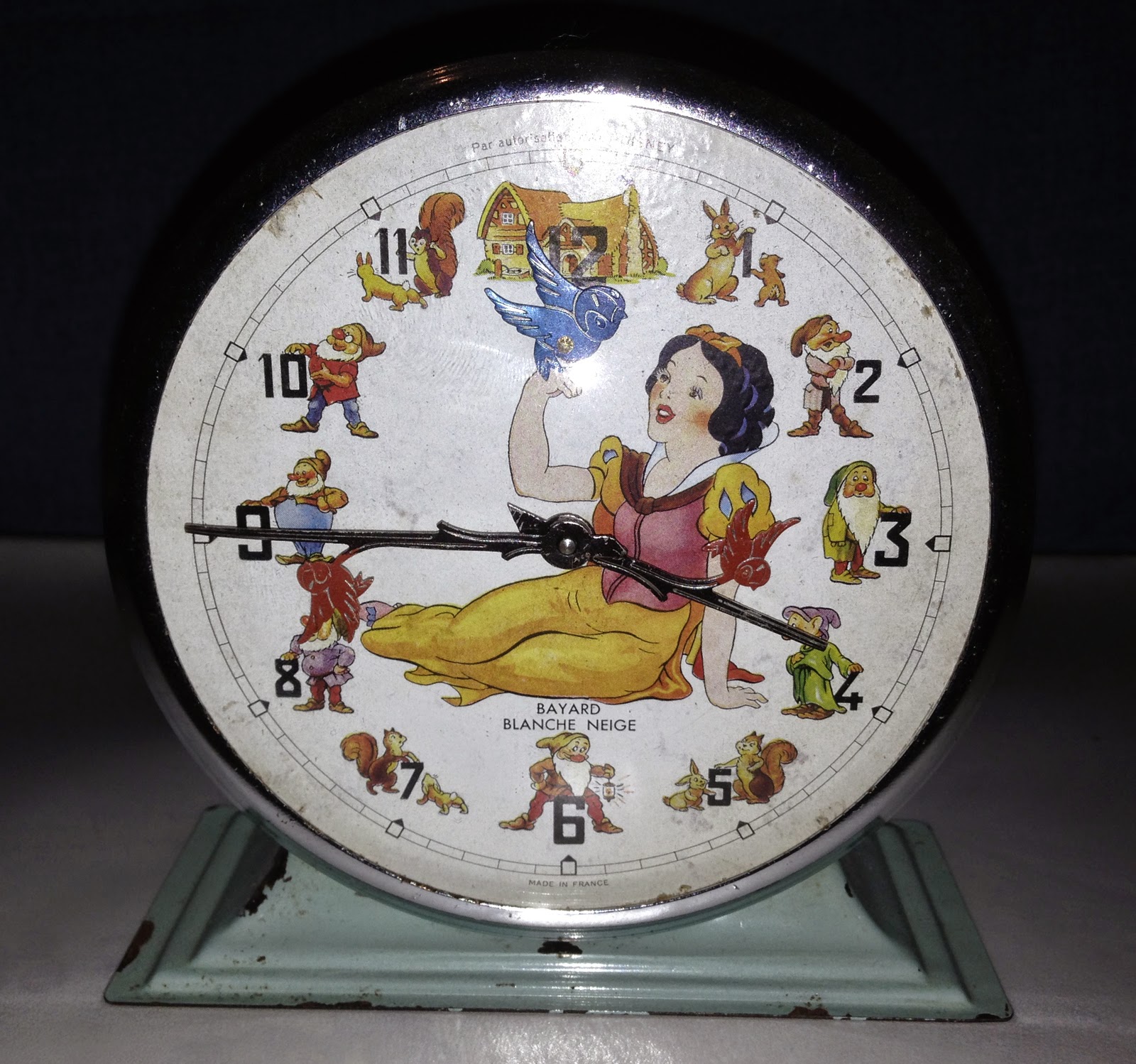 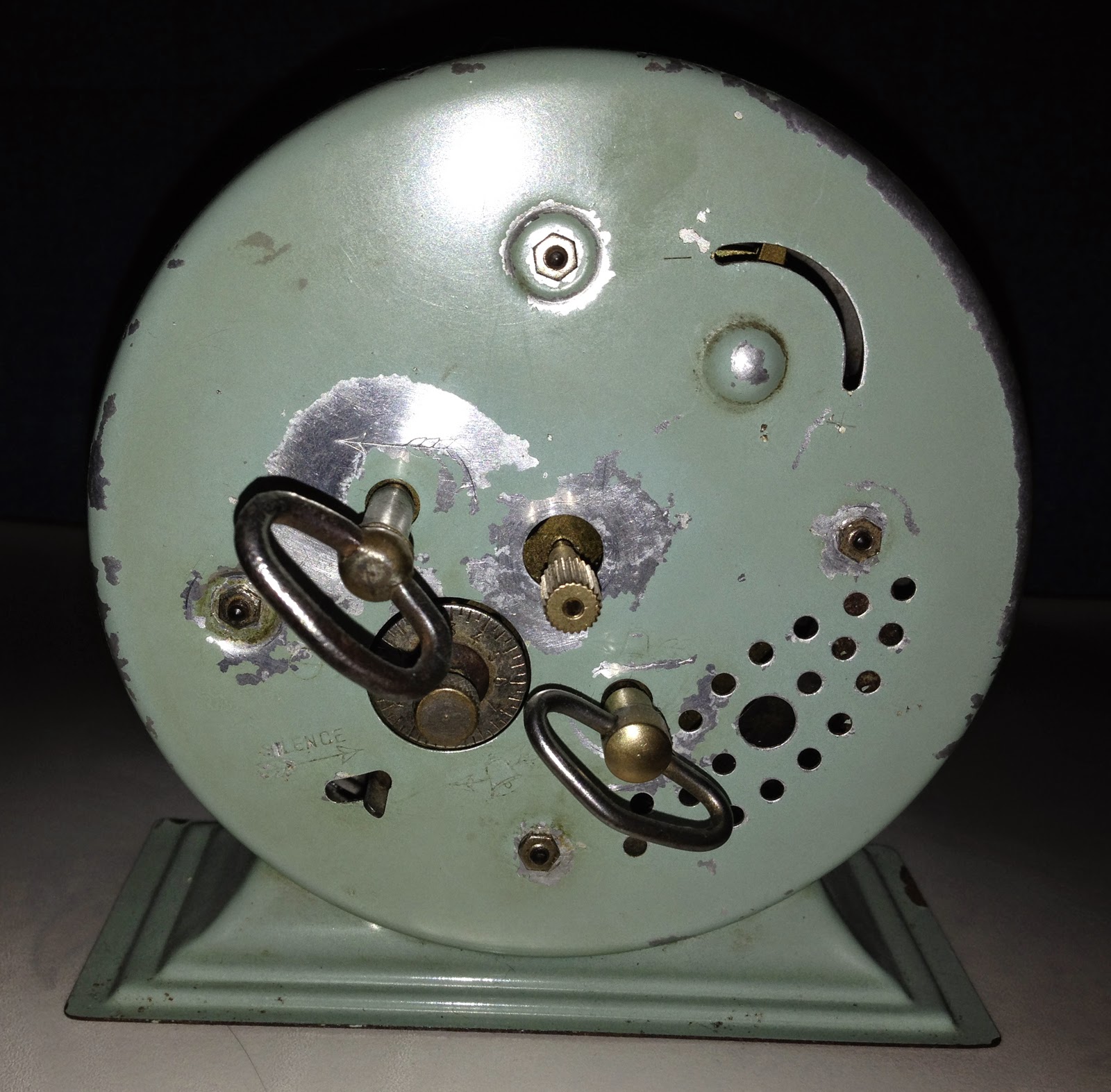 The hour and minute hands are shaped like tree branches with a red bird perched upon each. 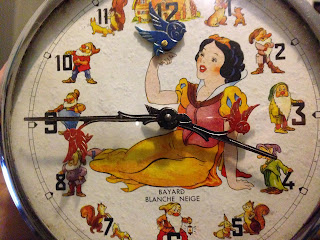 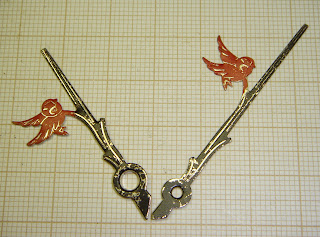 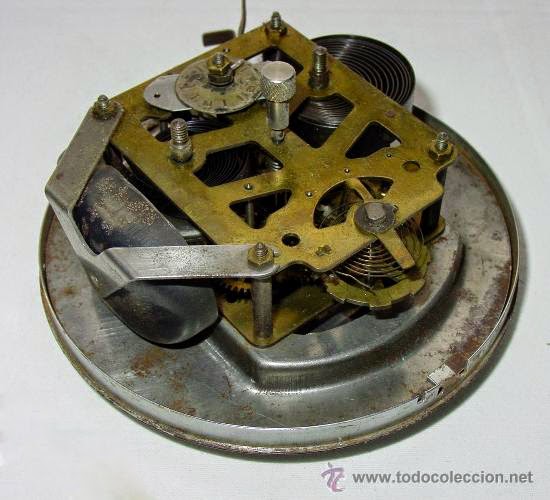 
Another example with original box. 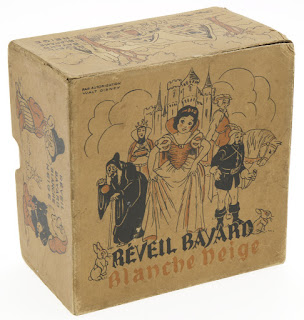 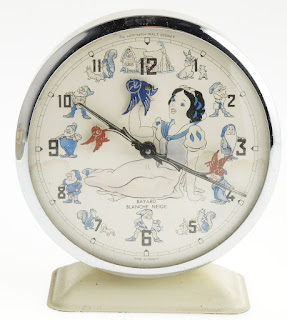 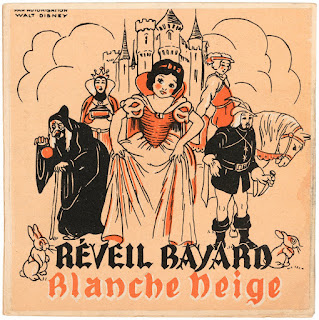 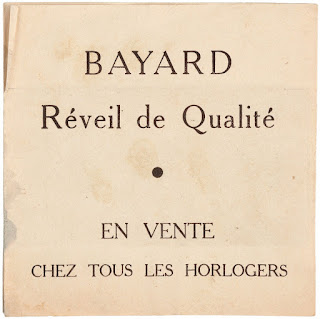 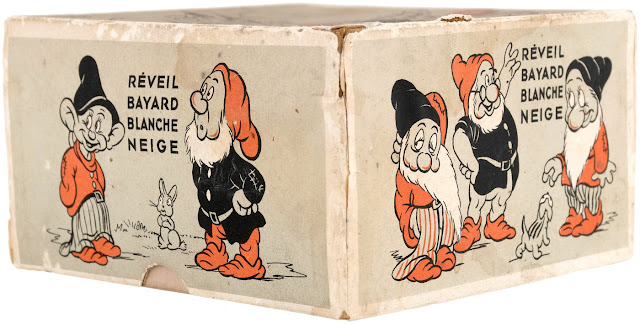 
Ten years after their first Snow White clock, Bayard manufactured a Pinocchio, then Donald Duck. From the 1950s, even more clocks were created: Pluto, Bambi, etc. This promotional flyer below includes instructions from making a paper clock for both Snow White and Pinocchio. 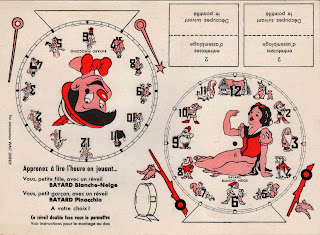 Another ad shows our Blanche Neige clock along with a Mickey and Donald. 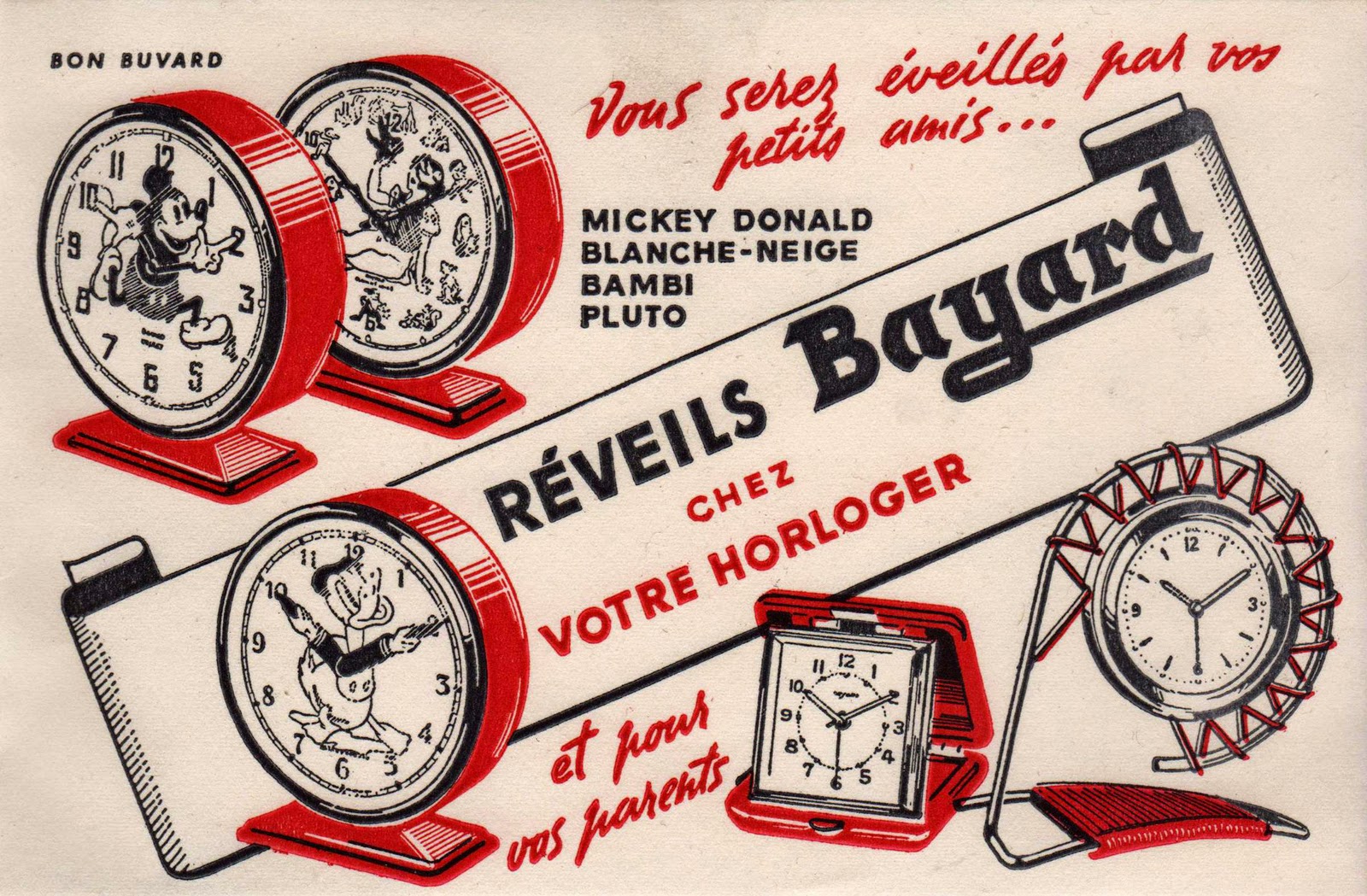 Snow White continued to be produced over the years. Here's an example with a 1977 copyright imprint, sans the red bird branch hands. 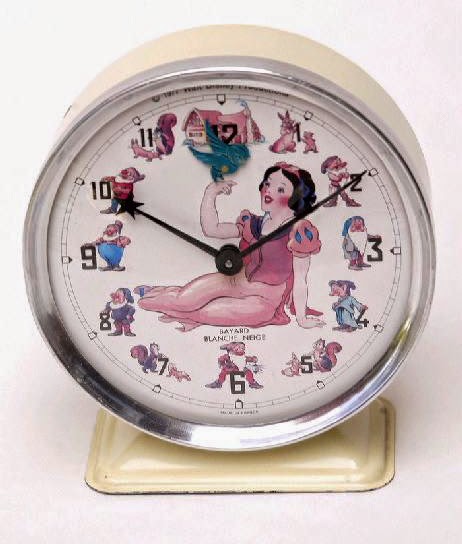 Bayard went bankrupt in 1984, and although several attempts were made in the 1980s to revive the firm, on March 13, 1989, the final liquidation of property was pronounced. The brand name, however, is still owned by Spiero Horlogerie.

Special thanks to Greg Philip of A Lost Film for sharing the images and information about this clock.
Posted by Snow White Archive at 12:01 AM