From collector Bob Cowan comes a couple of images of Marge Champion, known then as Marjorie Belcher. They date from circa 1936 when she was 16 or 17 and employed by Disney as the live-action model for Snow White. For two years, Marge would visit the studio two or three times a month and act out the storyboard scenes for the animators. 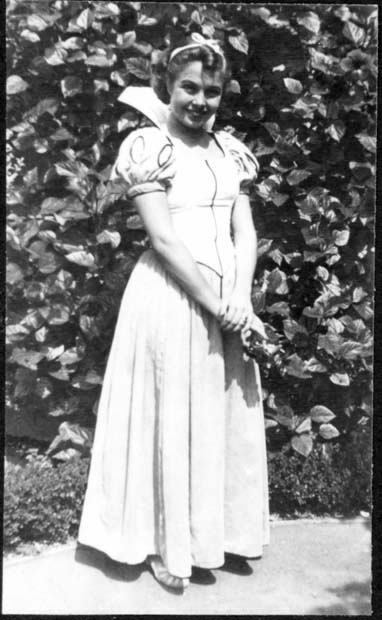 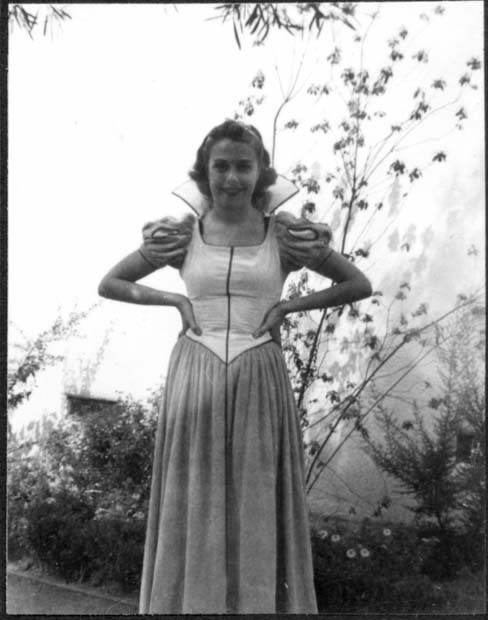 These photos appear to be snapshots taken when Marge was on break on the Disney property. They were found in a scrapbook put together by Ingeborg Willy. Ingeborg worked as an inker at the studio from November 23, 1936 to November 26, 1941. (She passed away in 1999.) The scrapbook contained photos, pencil drawings cels, studio memos and other items from the time period. See more at Cowan Collection: Animation and Comic Art.
Posted by Snow White Archive at 12:01 AM