A 12-page Snow White ABC book was published by Ayers & James Pty. Ltd. in Sydney, Australia. Officially licensed by Disney, it dates from the late 1940s to early 50s. Printed on stiff card stock. Measures 7.5" high x 6.375" across. All of the characters are included with some fresh-looking artwork; even the Huntsman makes an appearance holding the letter "H". 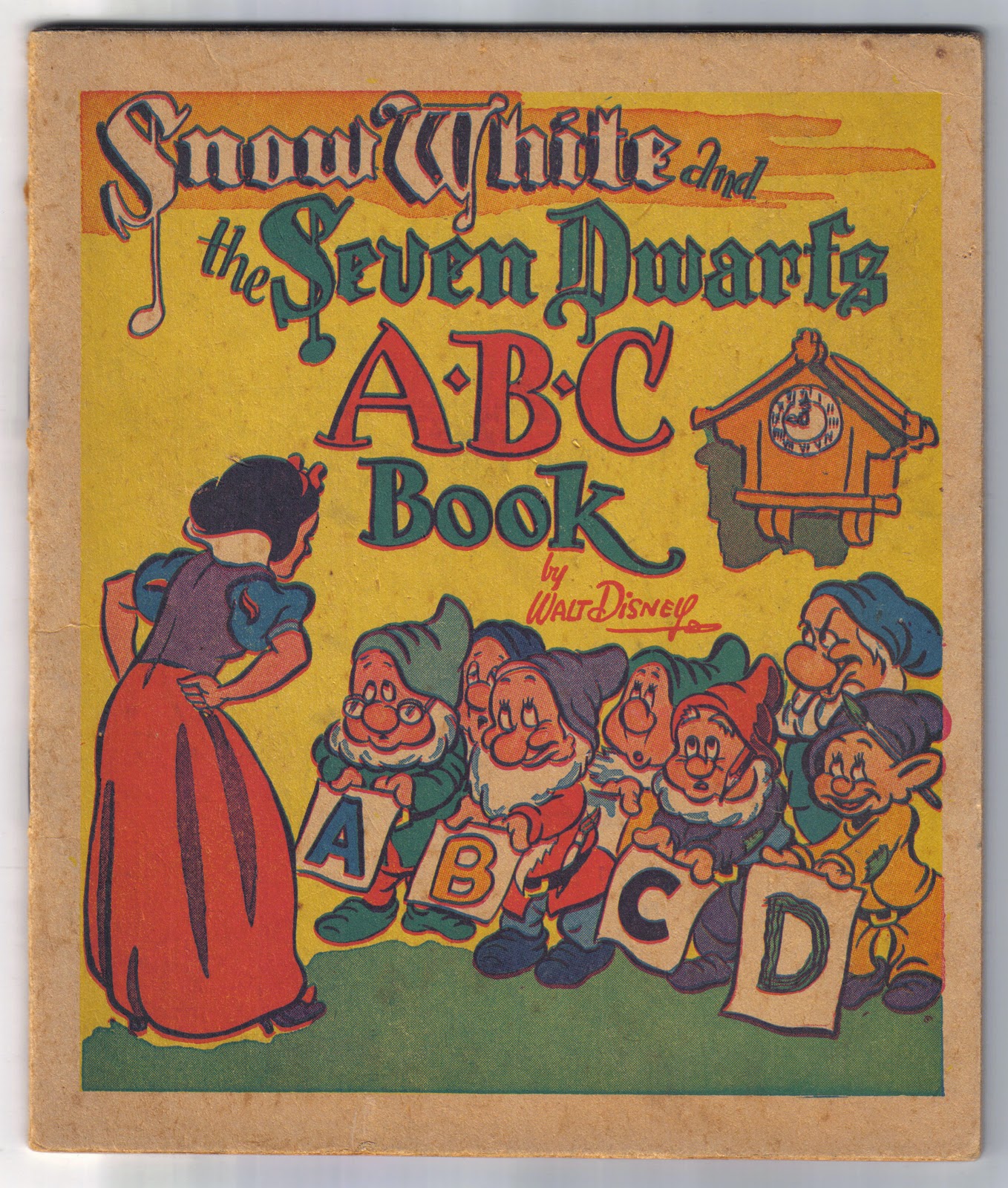 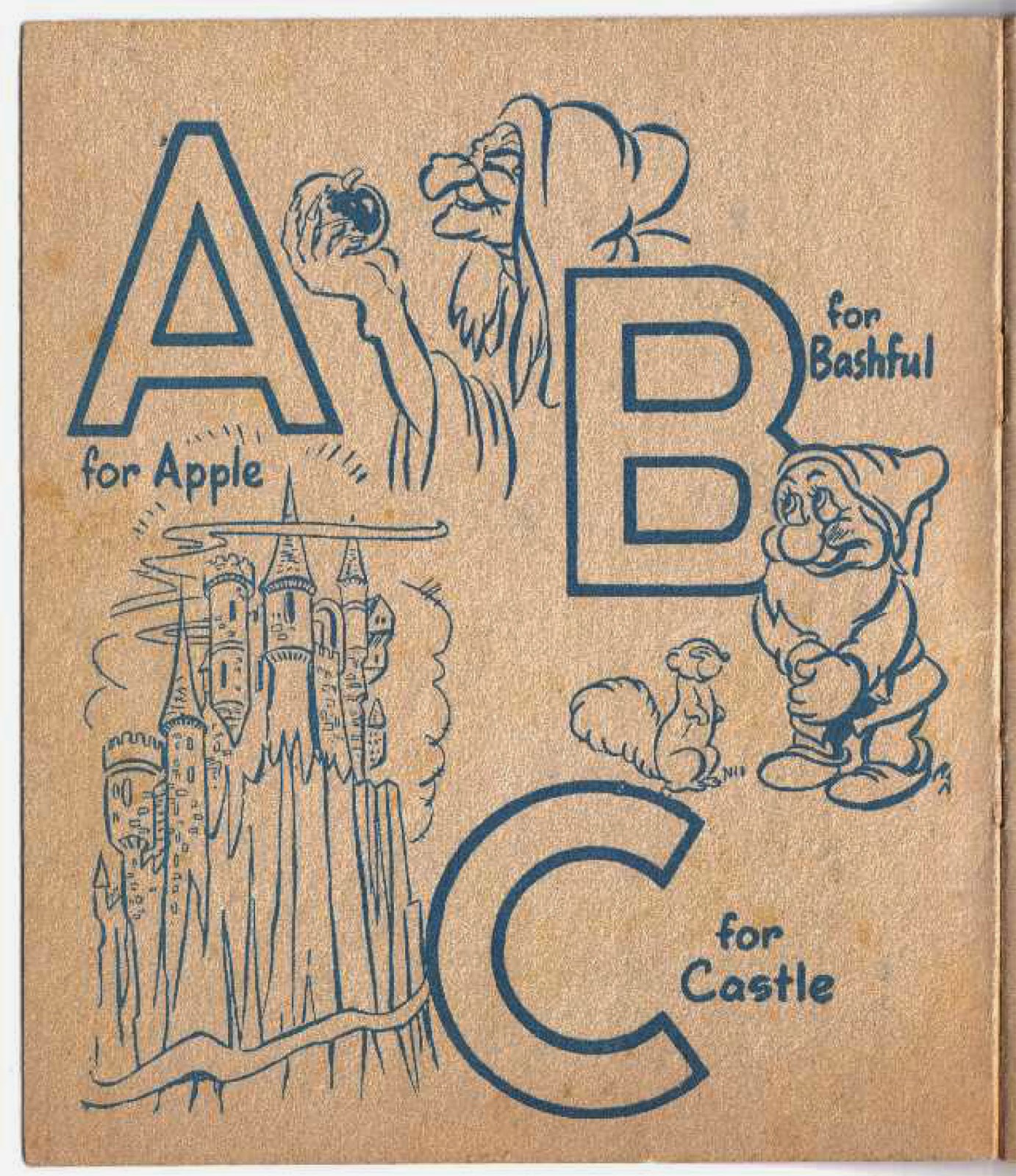 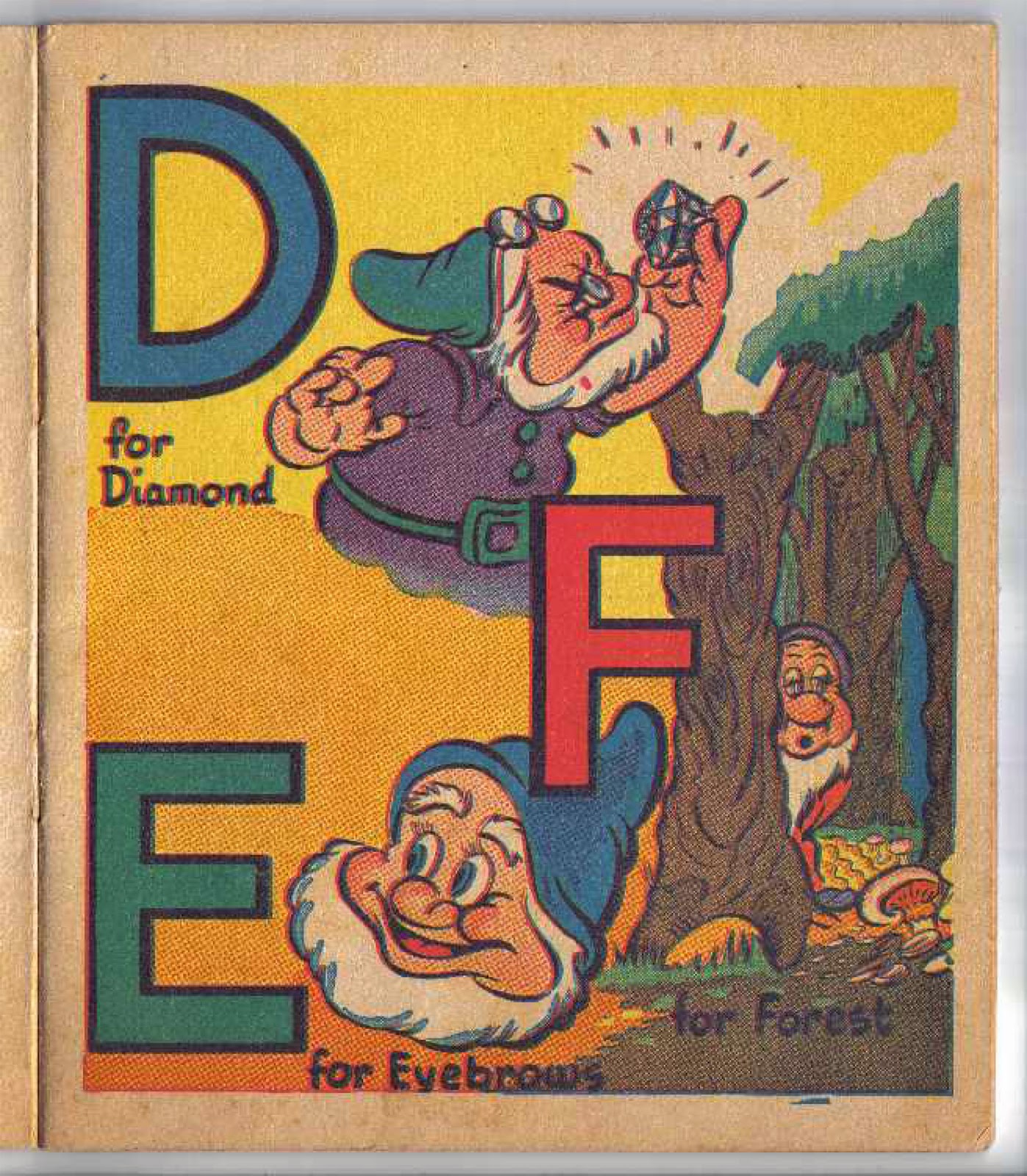 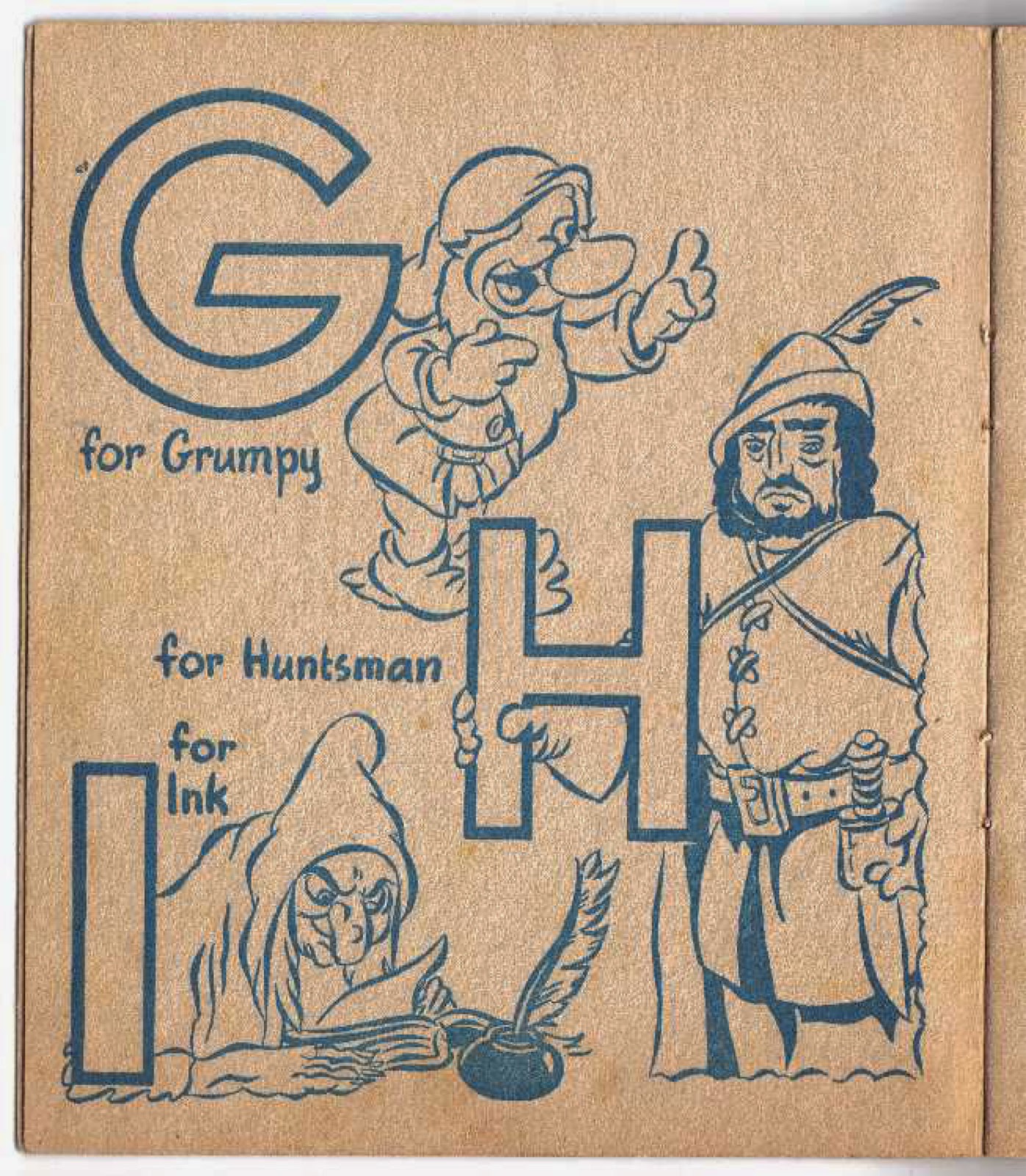 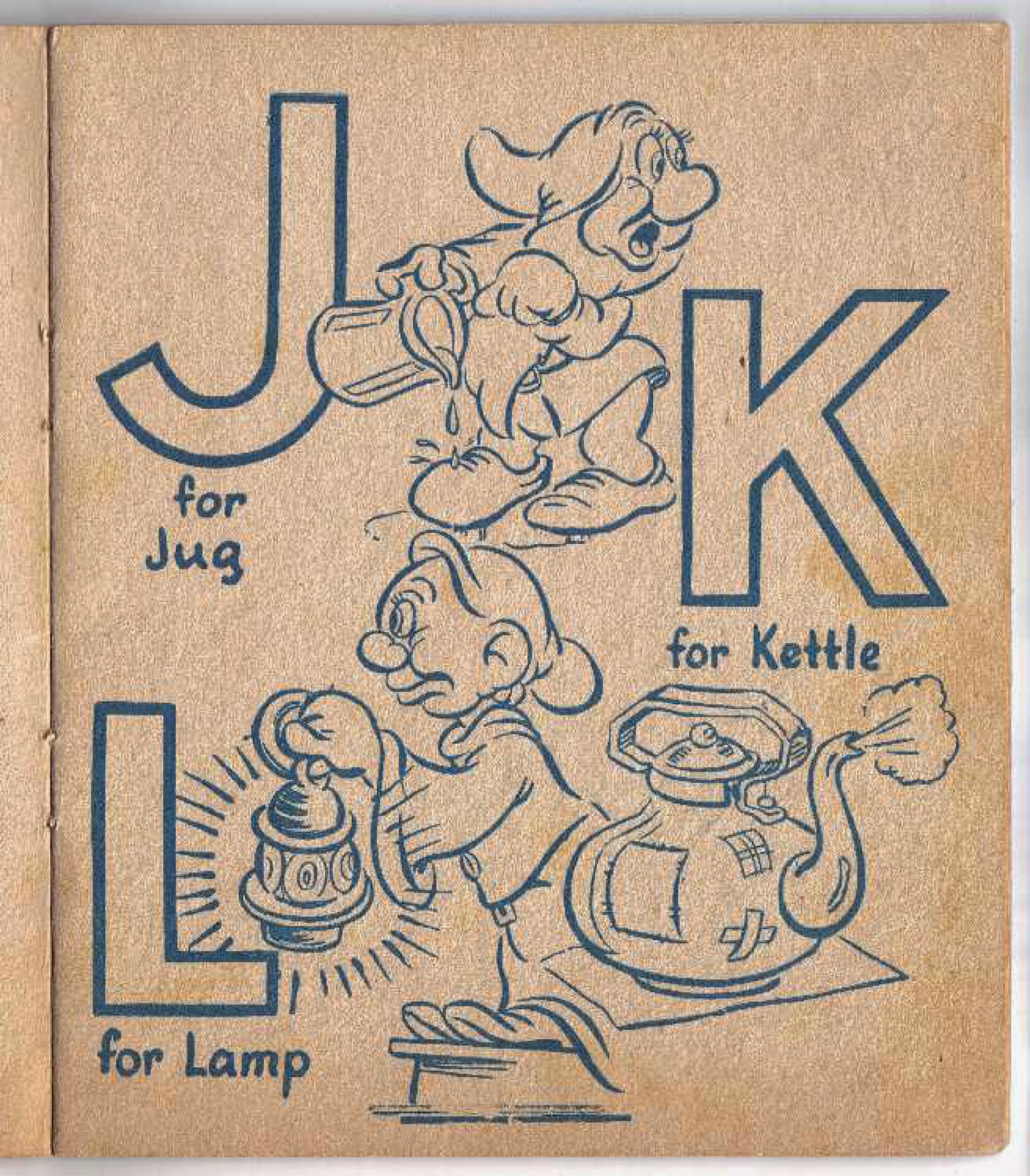 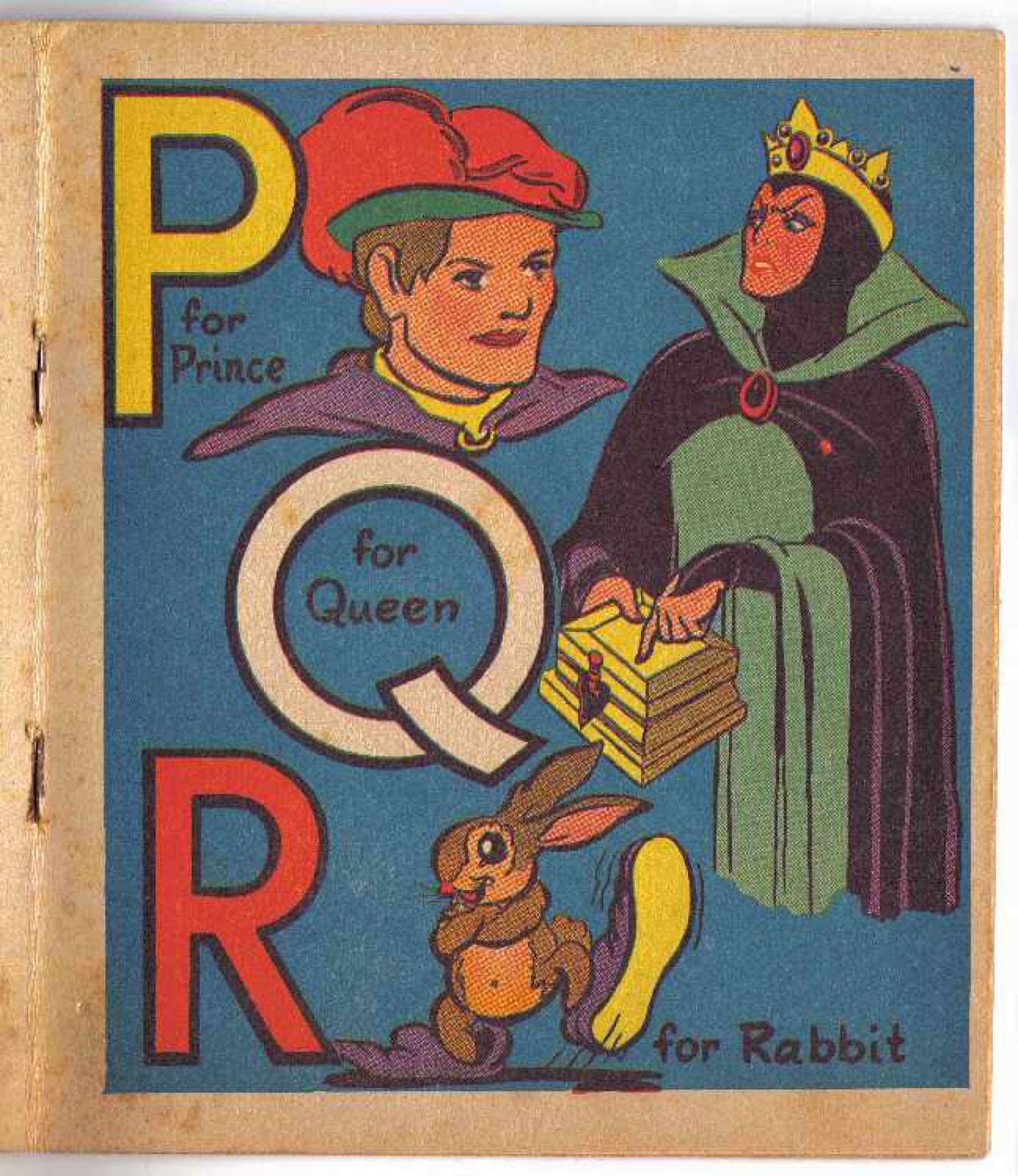 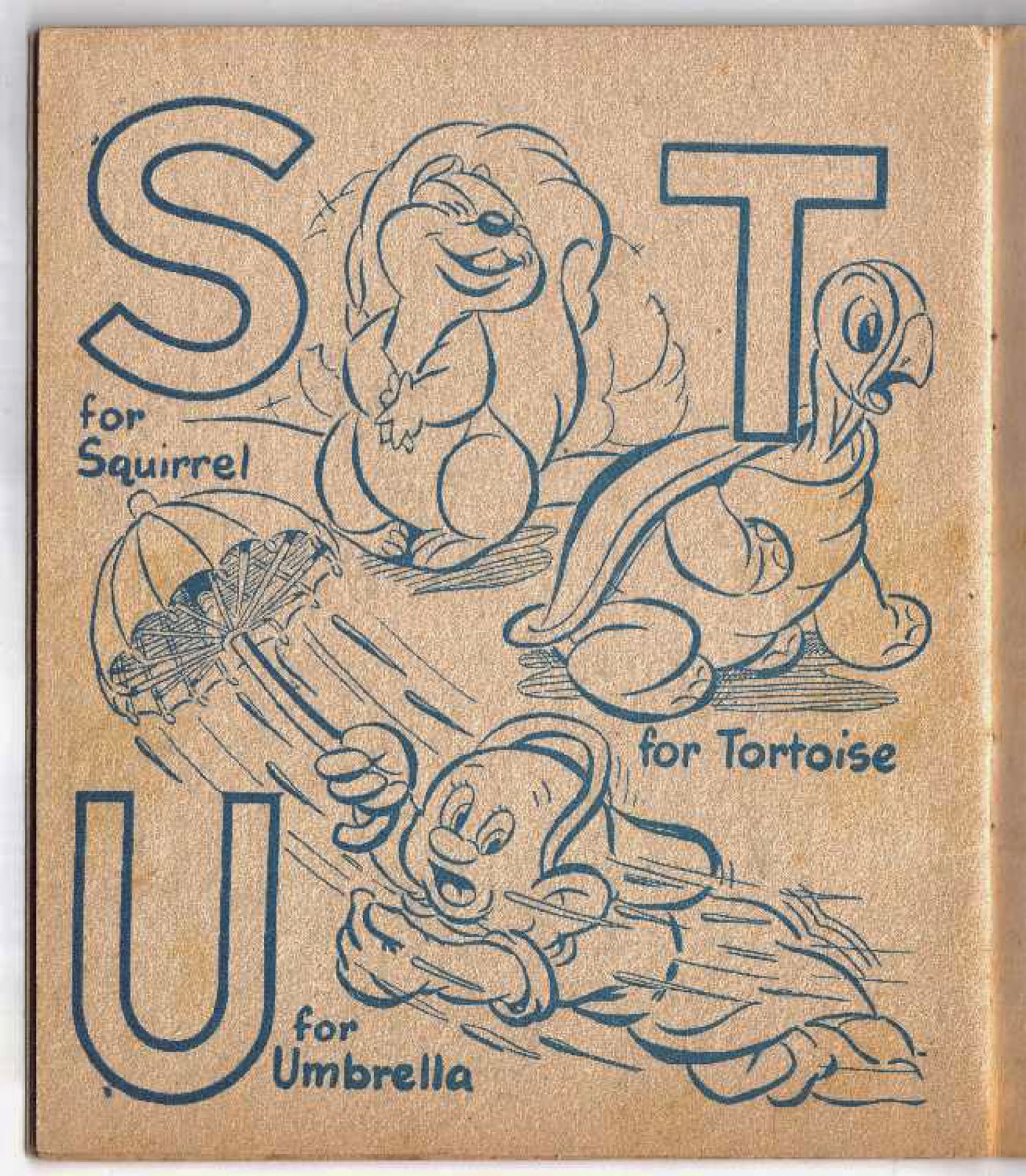 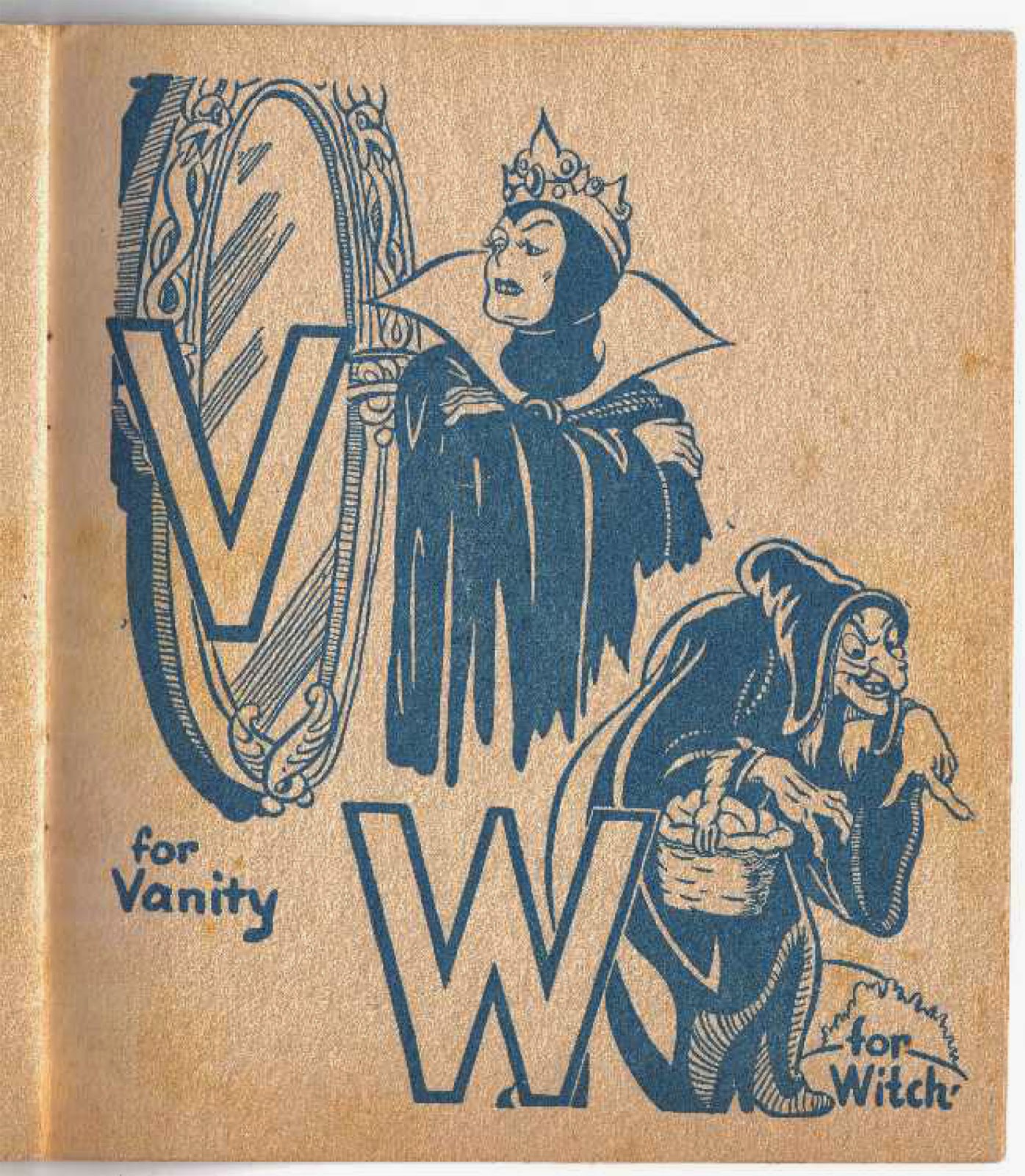 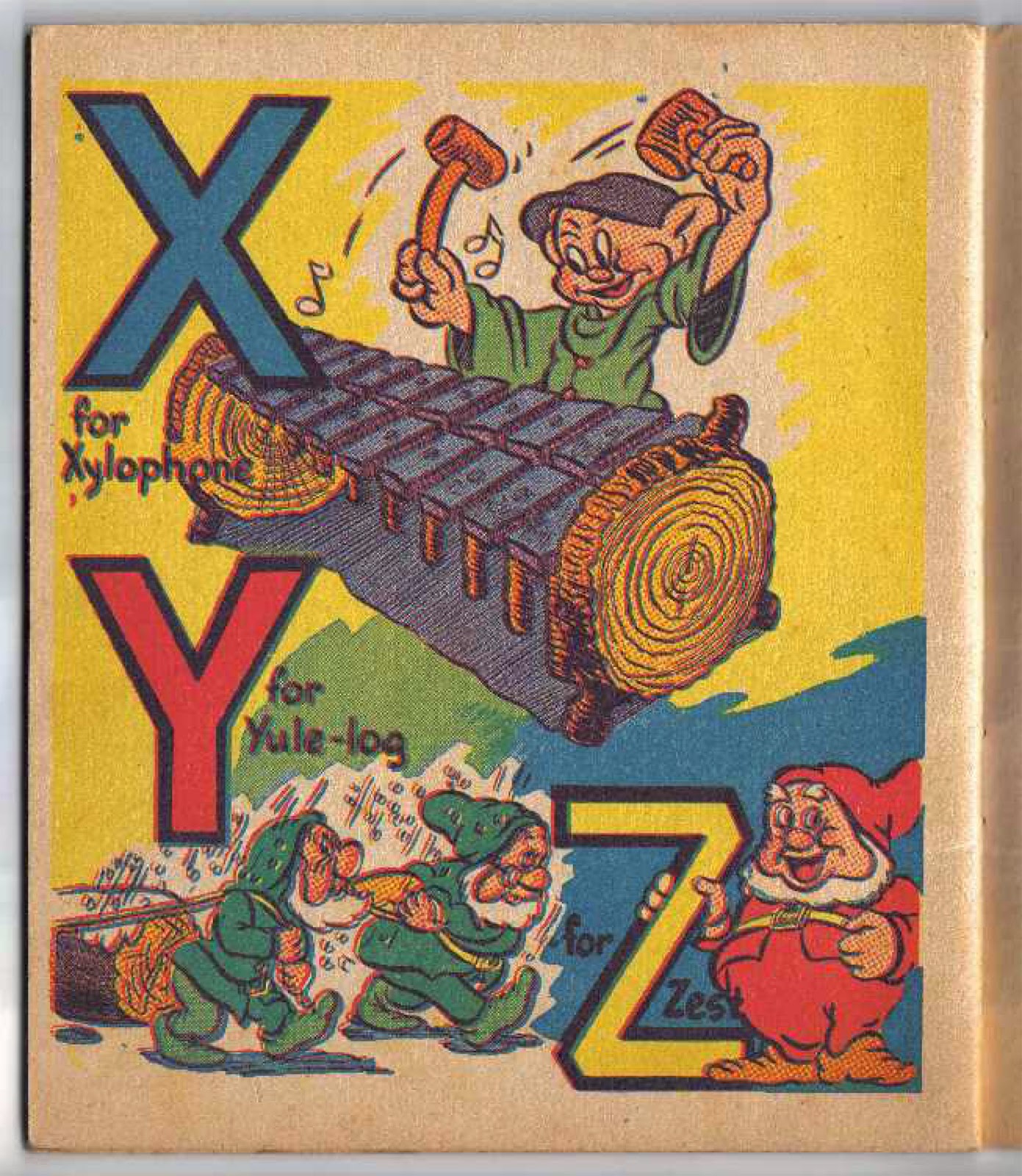 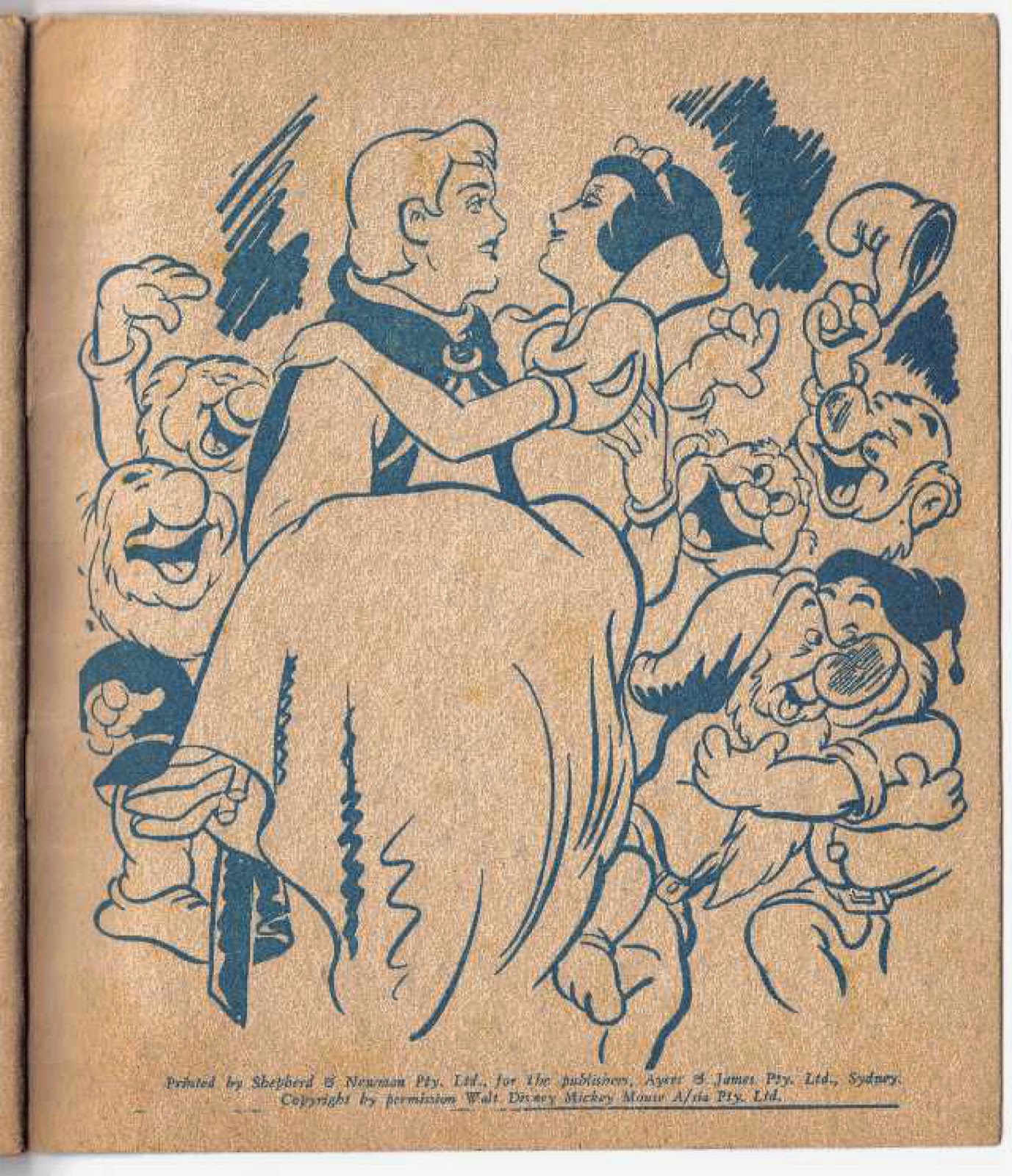 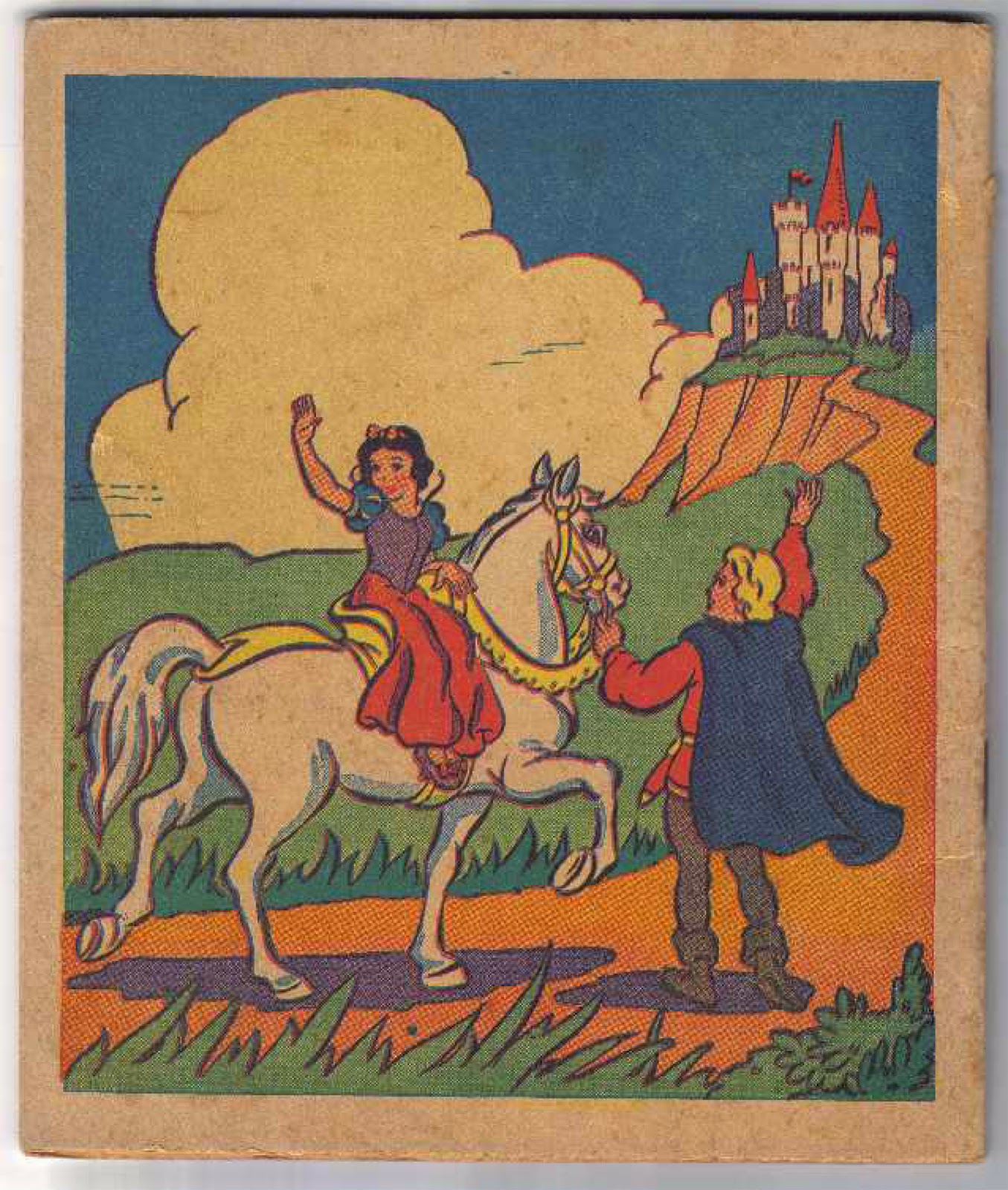 
Ayers & James appears to have been quite prolific in Disney publishing during and just after WWII. The company was an importer of US goods (including magazines) but due to import restrictions at the time, they transitioned into publishing (particularly comics). Use of the publisher name was discontinued in 1953, but further comics were produced under a variety of other trade names.

Special thanks to the John M. Collection of Australia for providing the scans and information on this little gem of a book.
Posted by Snow White Archive at 9:30 AM