In March of 2006, Hakes had up for auction this Snow White baby rattle with a wrap-around scene of the princess on piano and the dwarfs playing instruments. "©1938 Walt Disney Enterprises." Made of celluloid. Measures 6" tall with 2.25" top diameter. Sold for $168.00. 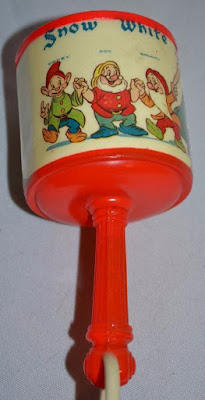 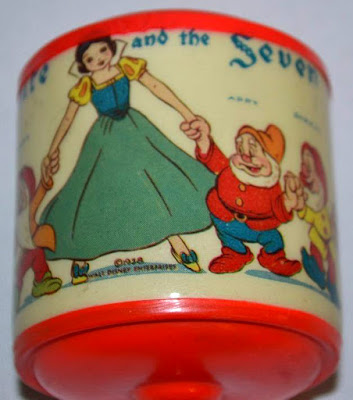 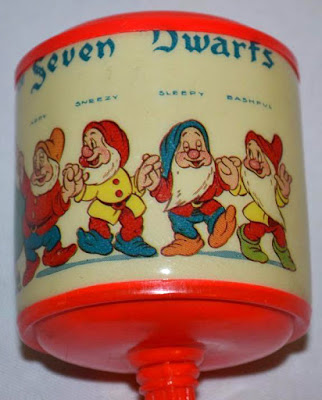 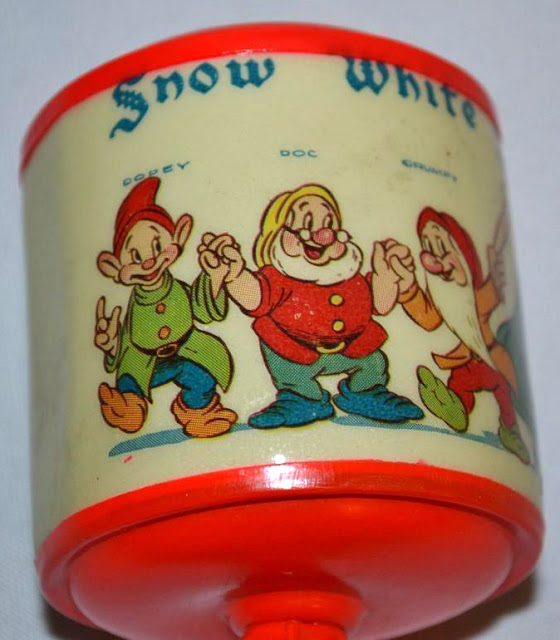 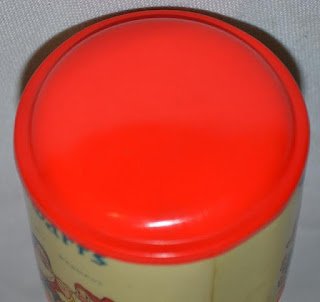 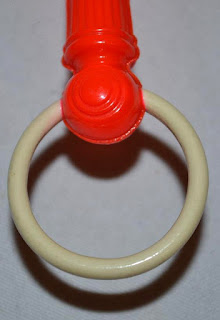 This next one was shared by collector Rick Payne of dadric's attic. Snow White and the dwarfs are again pictured holding hands. Cylinder measures about 3.5" long. Rubber-like teething ring is 3.25" in diameter. Marked "©1938 Walt Disney Enterprises." 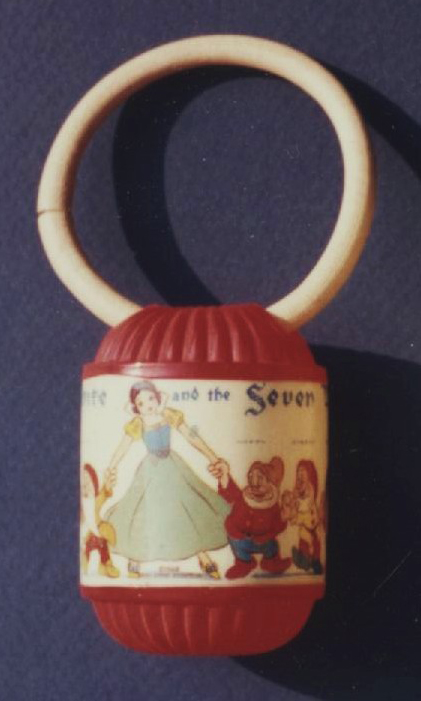 Eight individual cylindrical rattles, 2" in length, joined by interlocking loops. Total length 12". Each features individual image of Snow White or one of the dwarfs, repeated twice on rattle's outer surface along with character name. Sold by Hakes for $287.50 in June 2005. 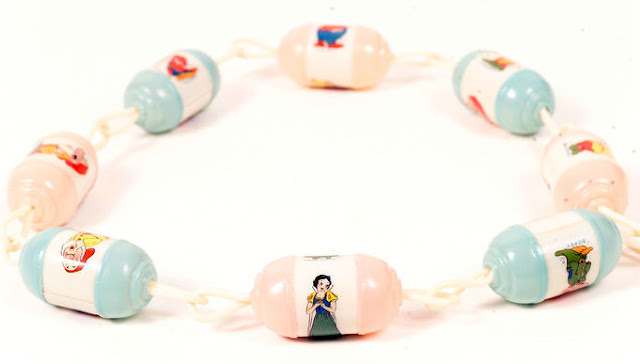 A variety of rattles are shown in the 1974 book, Disneyana, by Munsey, p.231. According to the author, they were manufactured by Amloid Company of Lodi, New Jersey. 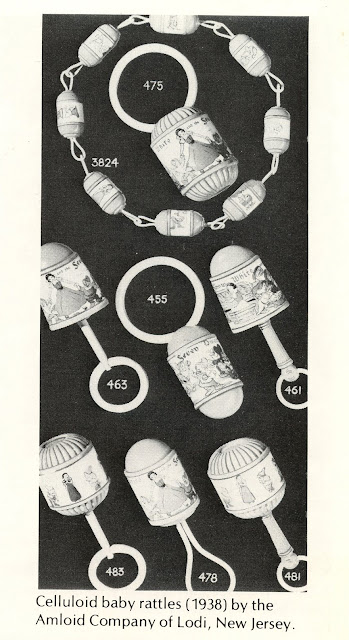