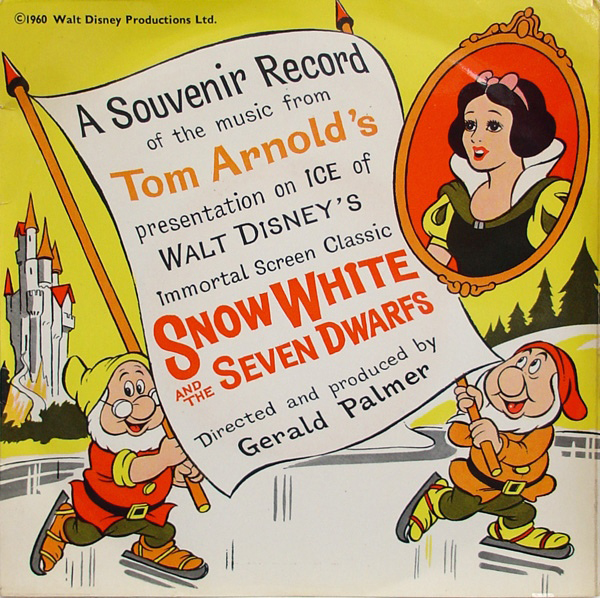 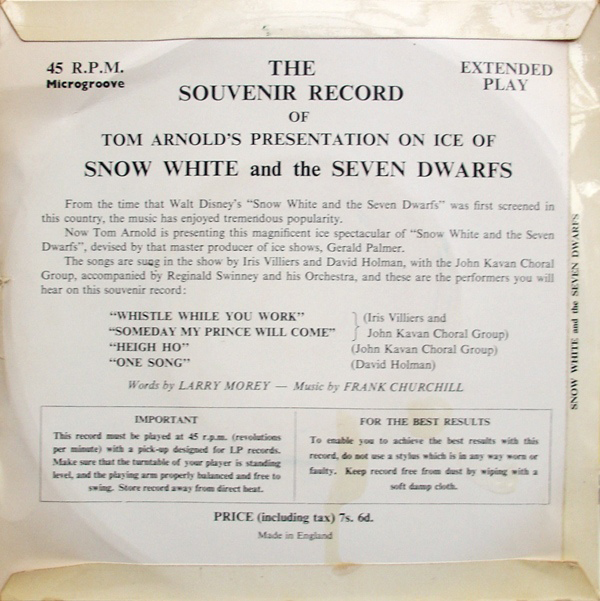 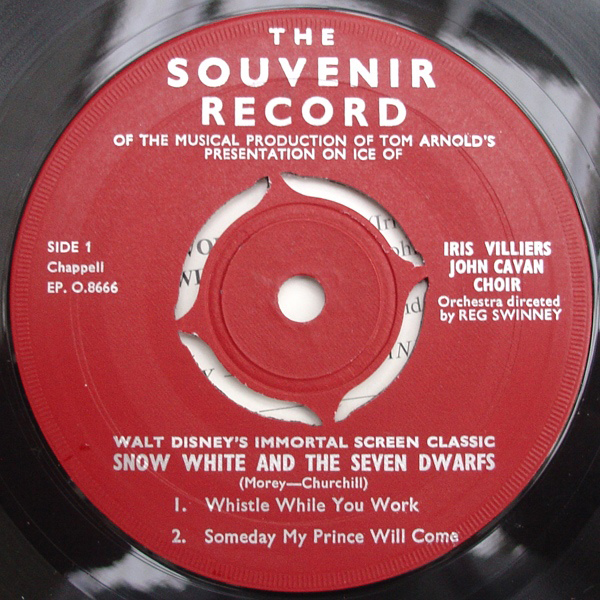 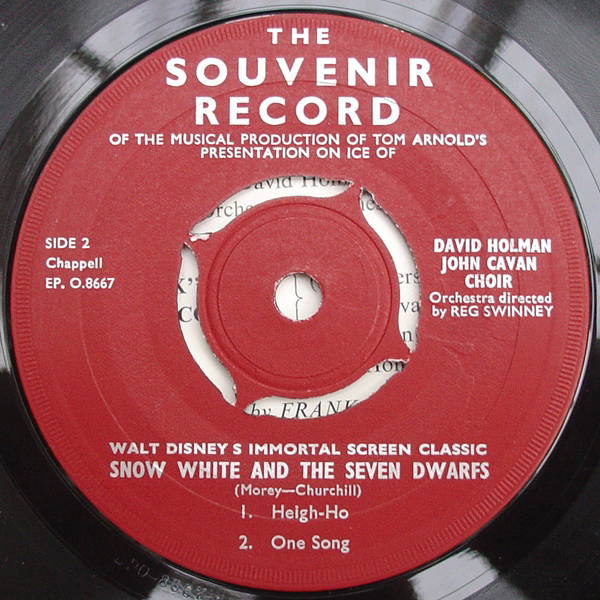 
The EP can currently be heard on youtube. (Special thanks to Gabriella Patterson for letting us know about it.)

Another 45 rpm record was released on the Oriole label. Catalog no. EP 7044. It contained five songs--the same four from above plus I'm Wishing. Cover illustrations by the Disney Studios. One printing had maroon colored labels, another brown & yellow. 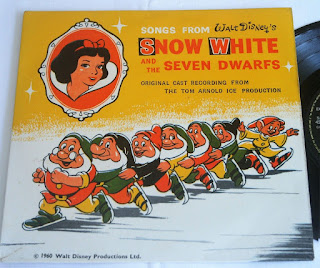 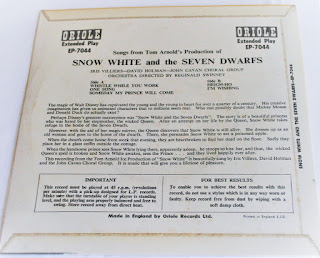 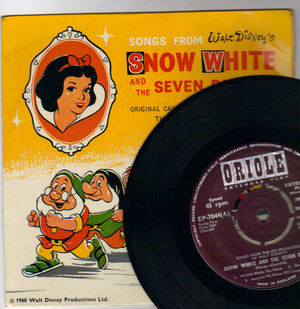 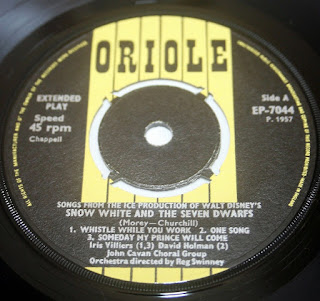 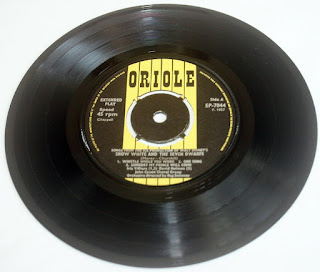 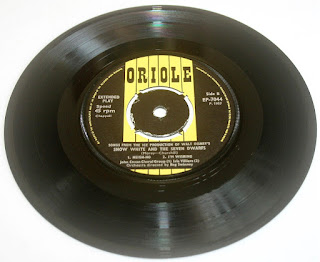