David McKay Company was a book publisher based in Philadelphia. They were known not only for storybooks, but for comic books as well, having issued some of the first American titles. 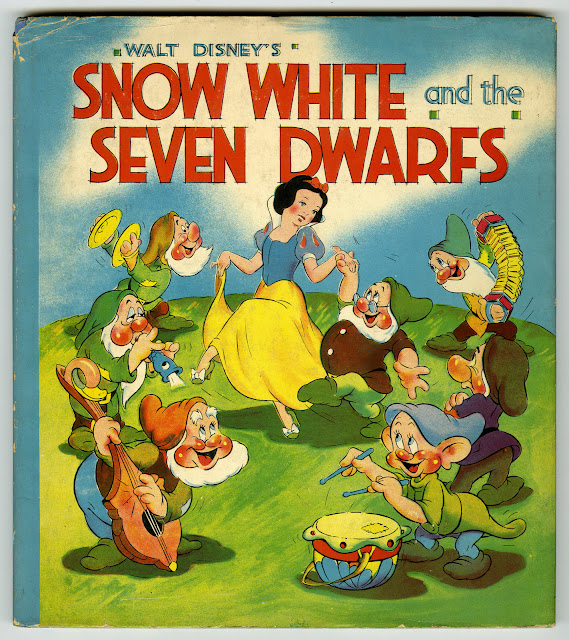 
The front and back endpapers are decorated with an illustration of the dwarfs marching through the forest. 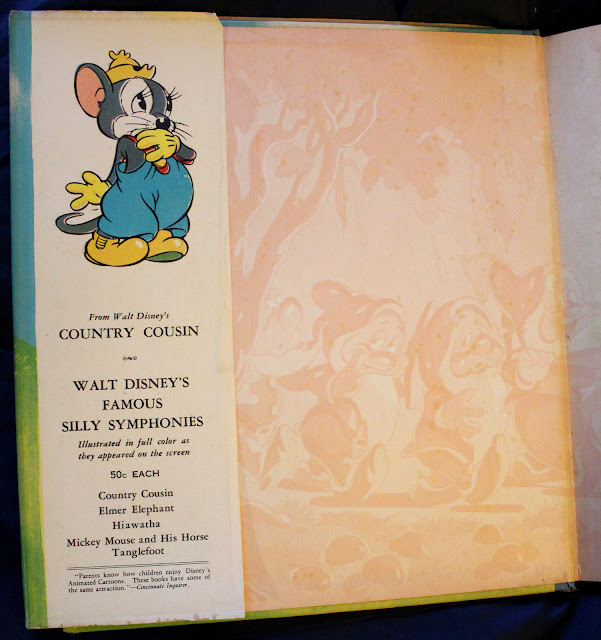 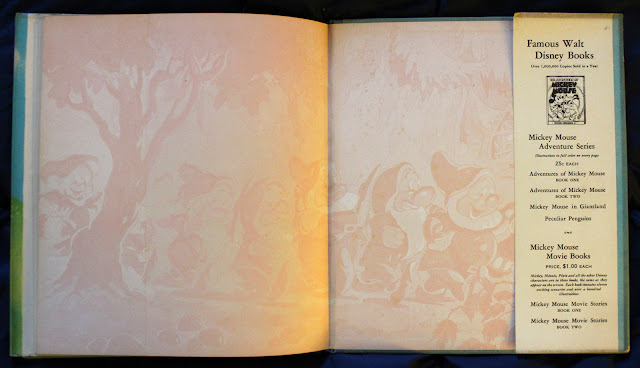 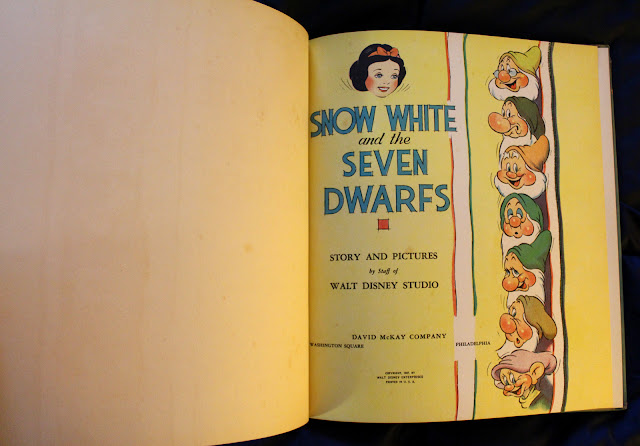 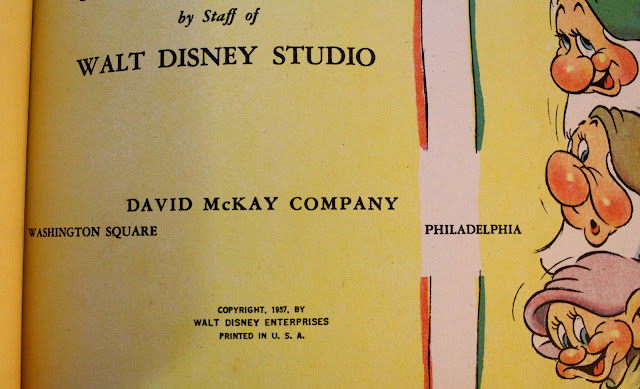 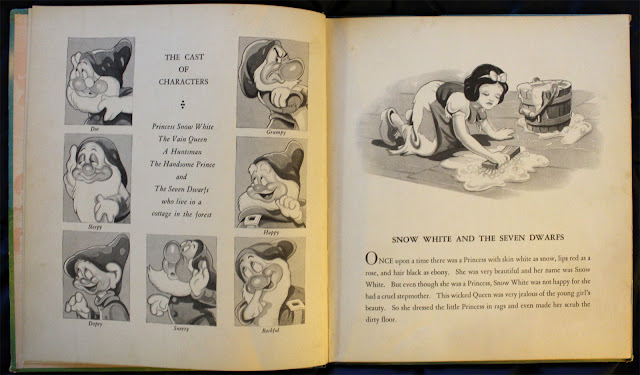 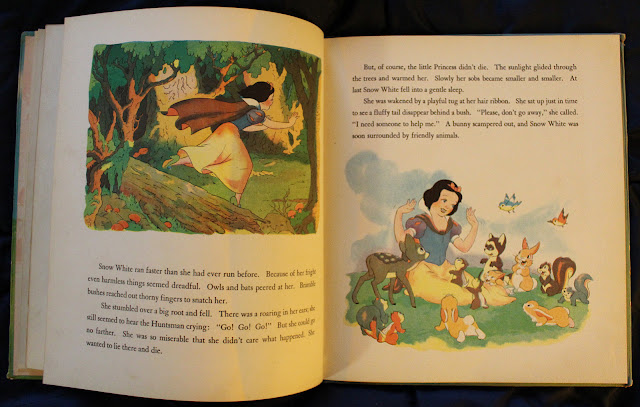 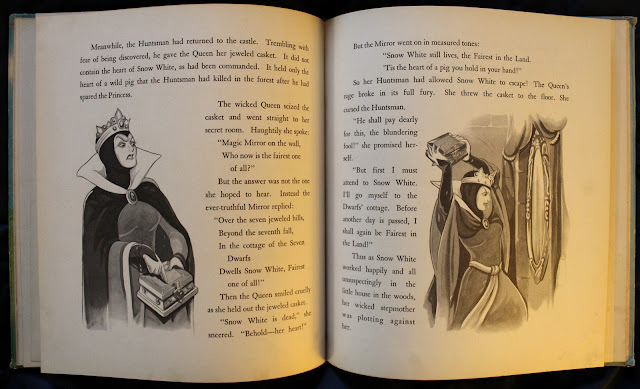 An advertisement for the book featuring Dopey could be found in various 1938 comic books. 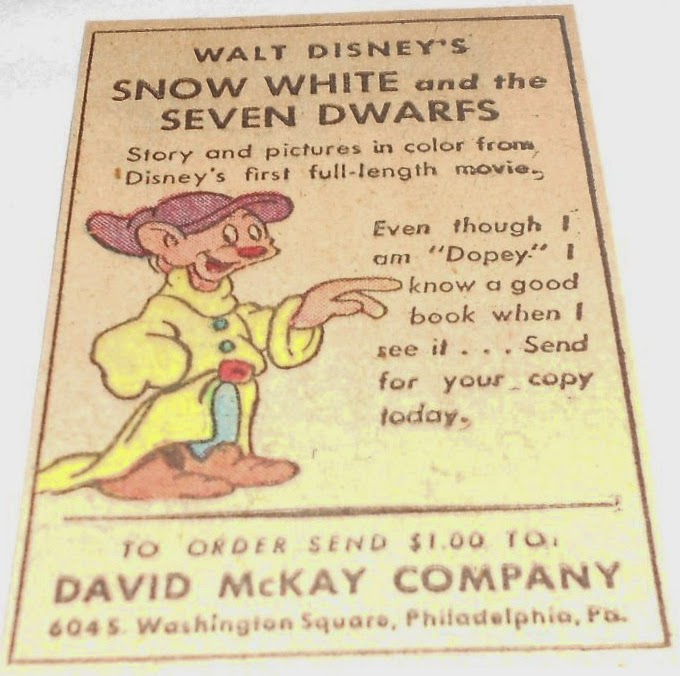 The book was also promoted in newspapers. In an earlier post, see an ad with Bashful in the January 13, 1938 New York Times.
Posted by Snow White Archive at 12:01 AM