A round metal tray was listed several months ago on ebay. It featured an illustration of Snow White and the Seven Dwarfs, although not one that we're typically used to seeing. The tray has no copyright imprint or other identifying markings. It's obvious this illustration is supposed to be of the Disney dwarfs, albeit in a very stylized form. Snow, however, looks nothing like her former self. Nonetheless, it is a fascinating piece. 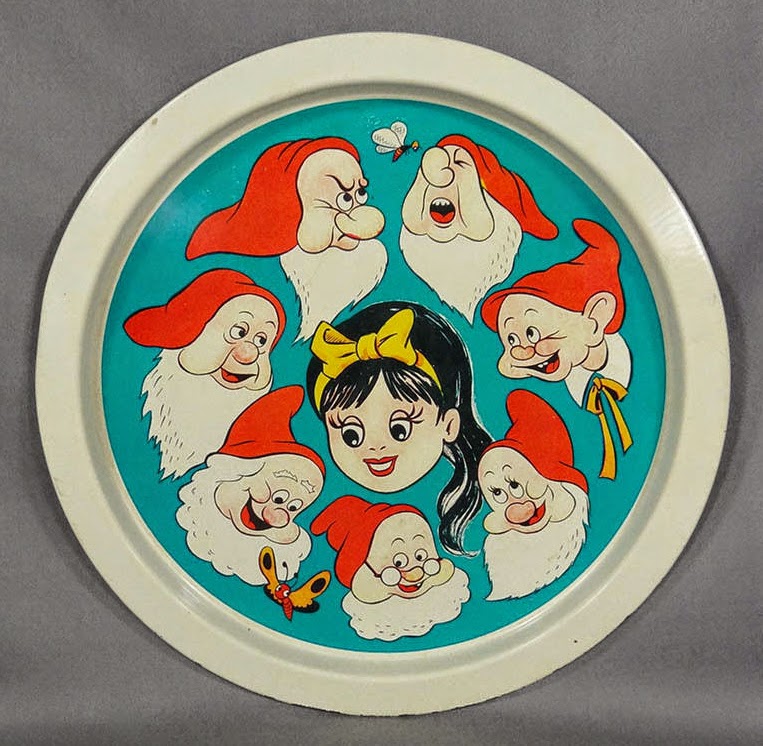 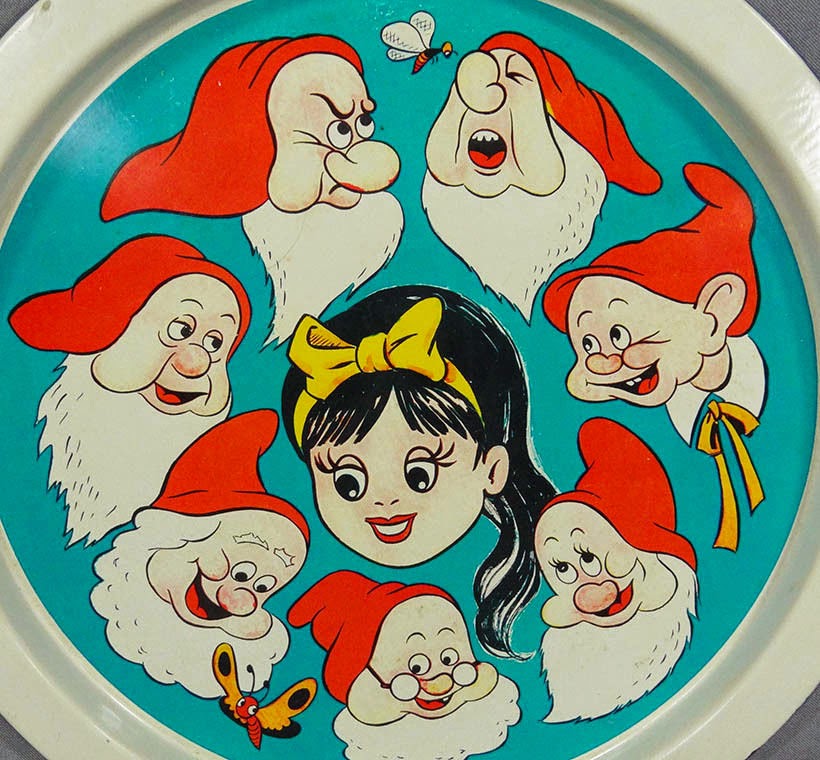 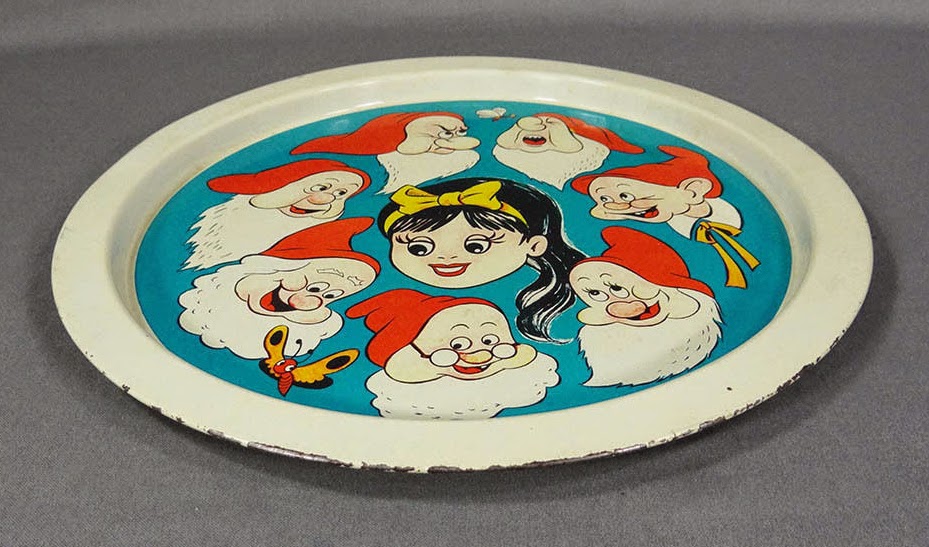 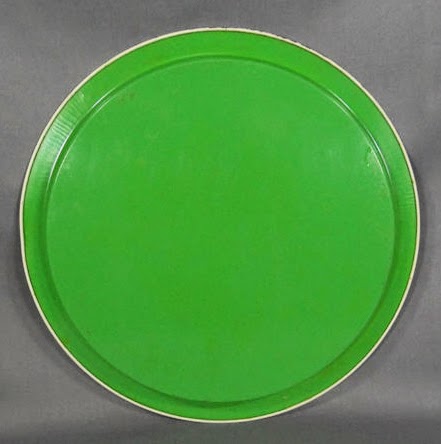 
The seller believed the tray had a European origin, making an educated guess that it was from the former Yugoslavia, though he couldn't be sure.
Posted by Snow White Archive at 12:01 AM