A Royal Gelatin advertisement from 1967. It would have run in the Sunday comics section of the newspaper, coast-to-coast in the US. For only 25¢ plus one Royal package back, you'd receive three Disneykin figures. A different group of three were offered with every flavor, 26 Disneykins in all. Snow White and the dwarfs are not pictured in this ad, but they were still part of the promotional campaign. 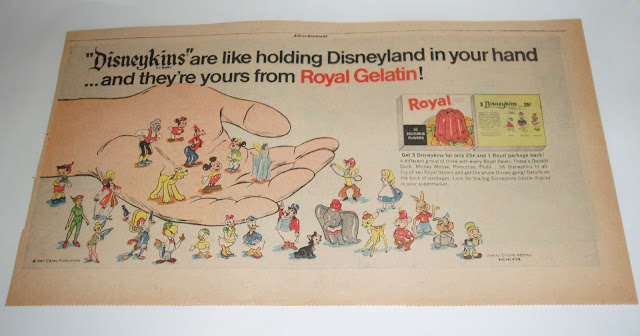 You could get a set of eight Snow White figures with this chocolate flavor pudding box. Only 50¢ plus two Royal instant pudding package backs. 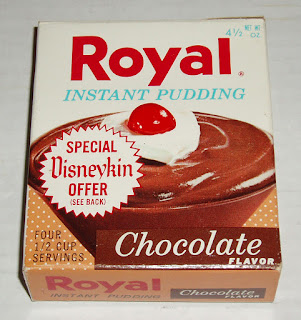 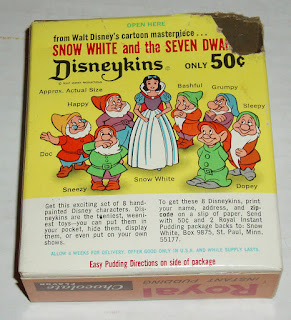 Snow and the Dwarfs are illustrated here in the poses of their Disneykin figures. 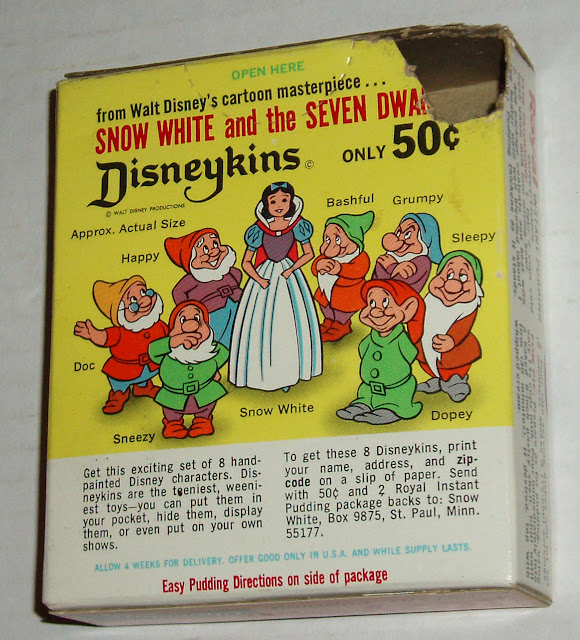 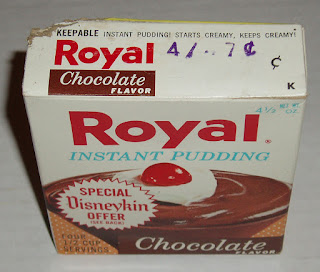 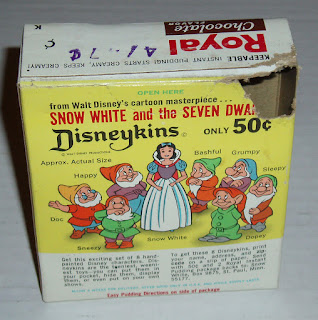 And here's a Vanilla Flavor box from Hakes. 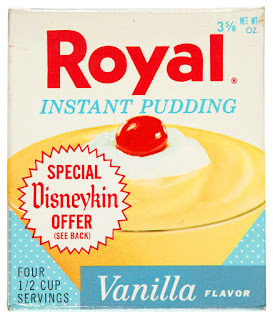 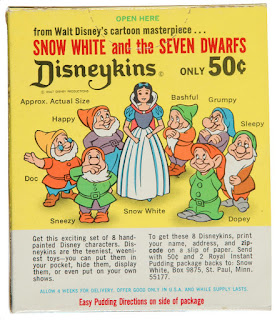 As part of this promotion, Royal Gelatin issued a give-away Snow White Disneykins game. See it in the next Archive entry.

Special thanks to Dan Goodsell for supplying the newspaper ad and chocolate box images, plus additional info for this post. Visit his Tick Tock Toys Archive and see vintage ads on his flickr photostream.
Posted by Snow White Archive at 12:01 AM