Issue No. 11, Volume 8 of The Davis Standard, a publication that highlighted movies at the Davis Theatre in Croydon, South London. It dates from September-October 1938. Of the 12 pages in the program, half of them mention Snow White. 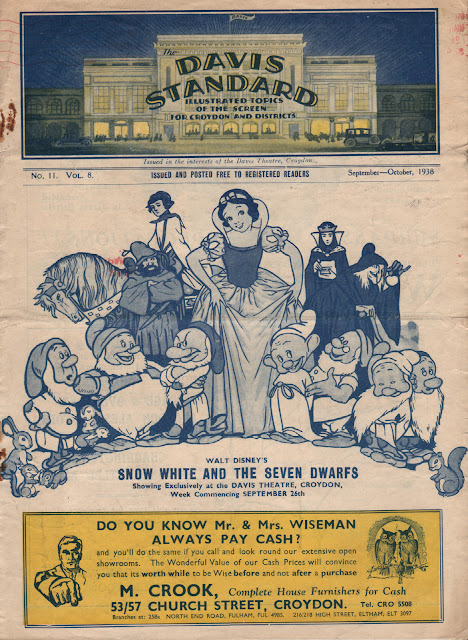 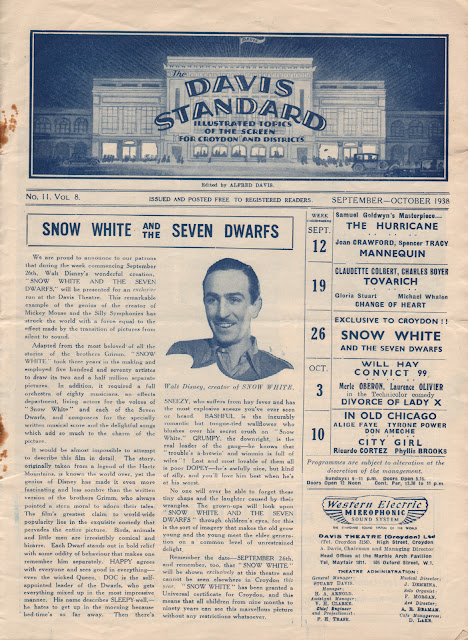 Page five announces the holiday revival of the film on 26 December 1938. The motion picture would have first screened earlier that year during the UK general release which began on the 12th of March. 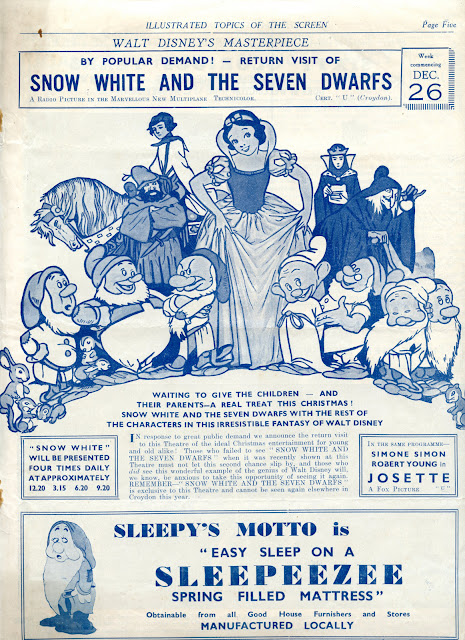 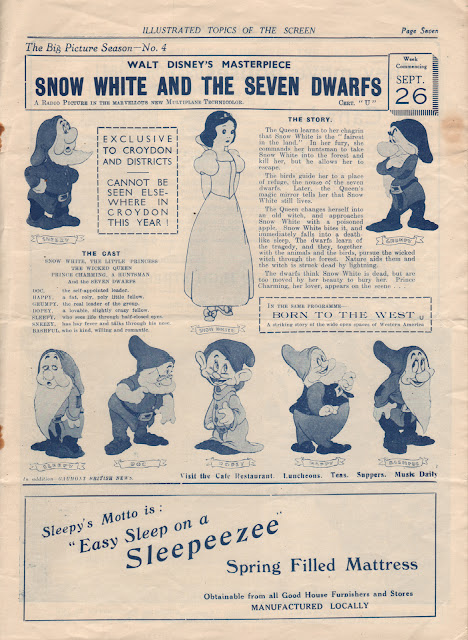 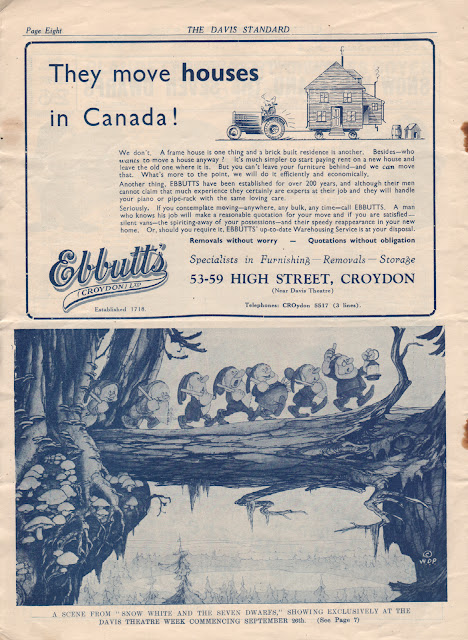 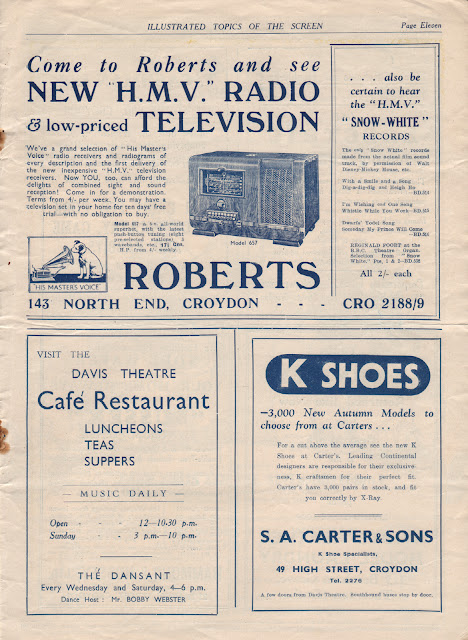 Special thanks to the Richard Holliss Collection for use of the image scan and additional information..
Posted by Snow White Archive at 12:01 AM