The 1972 Snow White pressbook distributed in the United Kingdom. A total of 16 pages including covers. 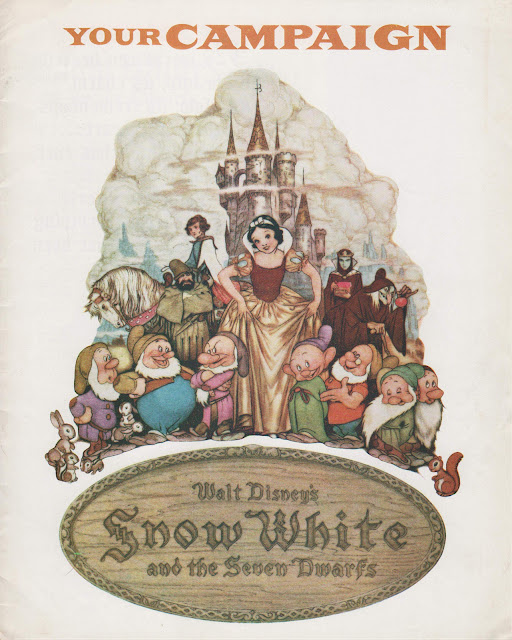 Cover image courtesy of Greg Philip of A Lost Film.


The film was re-issued in 1972 at the end of the year (on Christmas Eve). So looking forward to the new year, this particular book has a sticker on the front which reads, "1973 - The Golden Year of Walt Disney Productions." 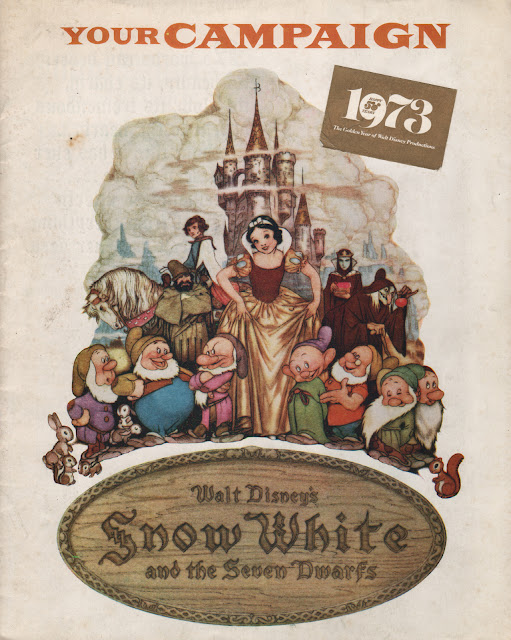 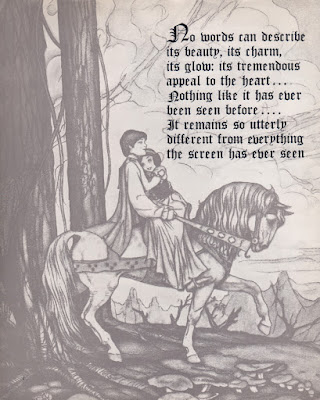 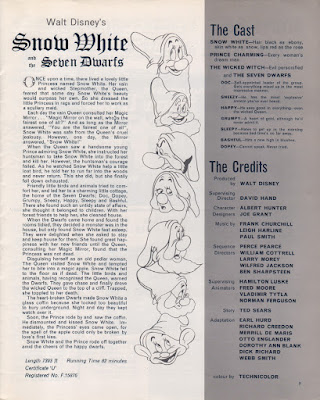 Promotional tools: souvenir brochure, 8mm movie, and a mobile by J. Arthur Dixon. Suggested activities include electing a princess for a day and setting up a magic mirror in the lobby. 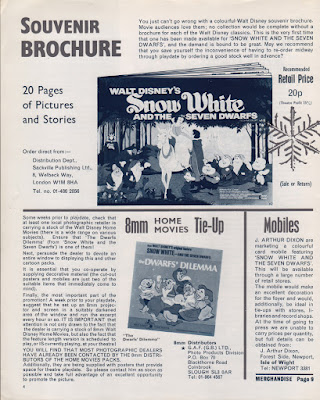 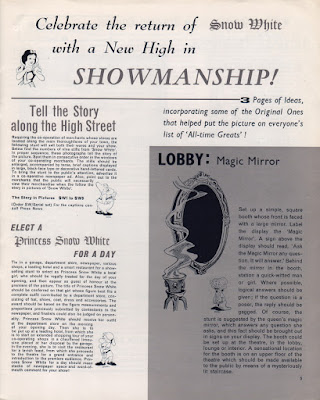 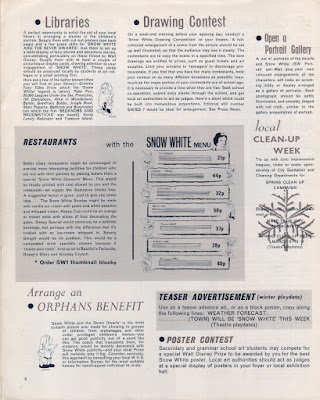 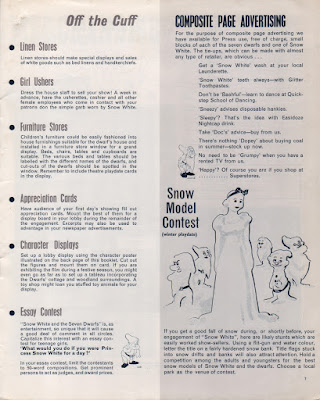 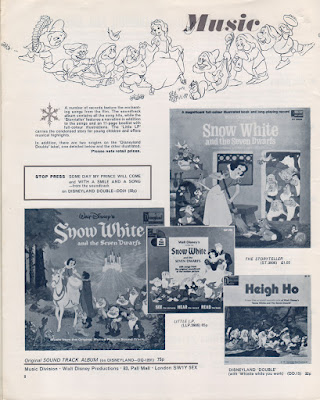 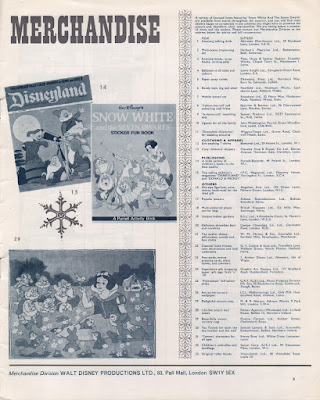 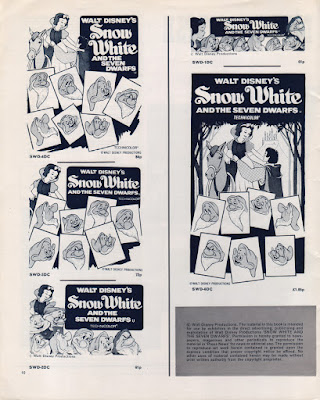 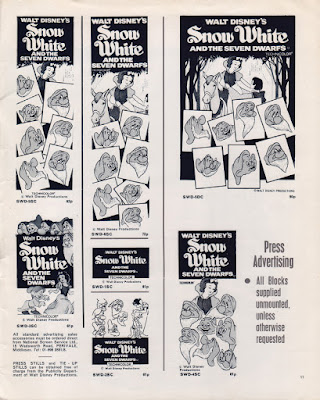 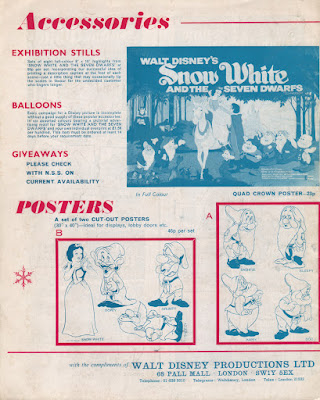 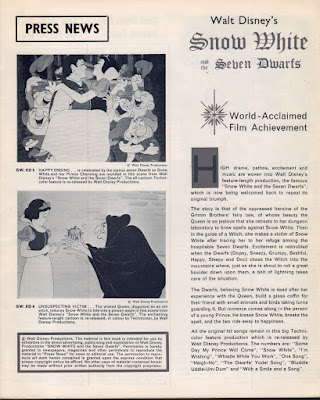 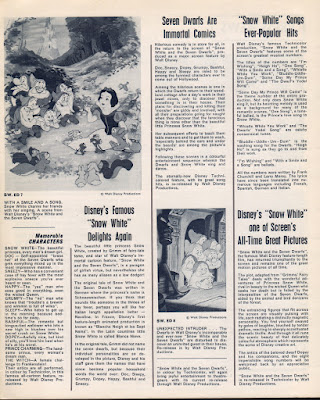 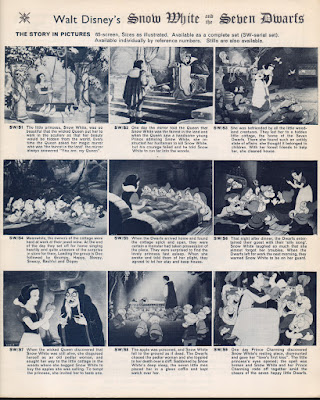 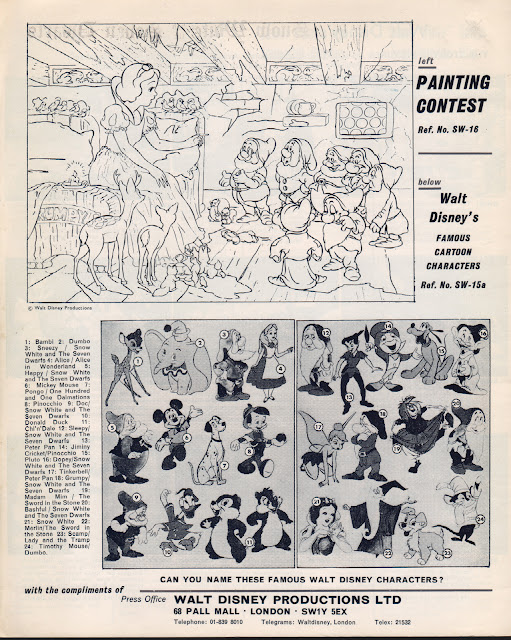 Image scans courtesy of the Richard Holliss Collection.
Posted by Snow White Archive at 12:01 AM