The Signature Collection is the new home video series from Disney, and it starts with Snow White. A digital version of Snow White and the Seven Dwarfs was released on January 19th, with the Blu-ray/DVD/Digital HD combo pack hitting stores on February 2nd. Retail $24.95.

Comes in a Blu-ray style case in shrinkwrap. The cover artwork re-uses the Snow White 'apple trance' from the 2001 Platinum Edition but with the addition of the Evil Queen. 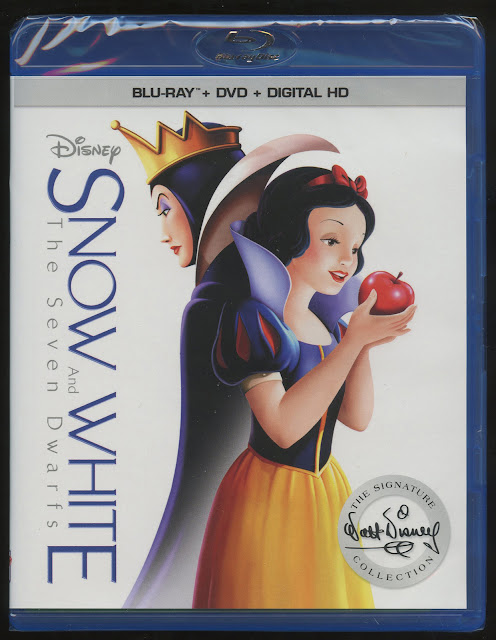 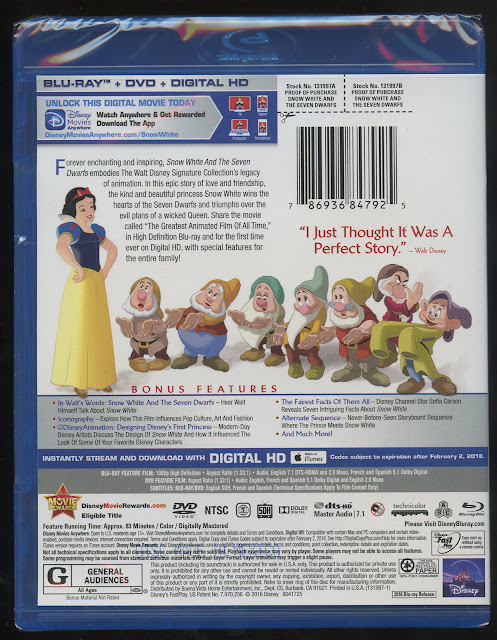 The case is housed in a paperboard slipcase 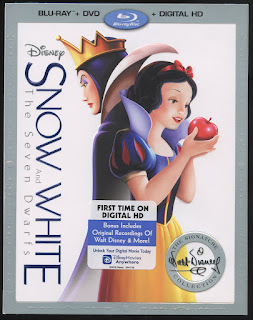 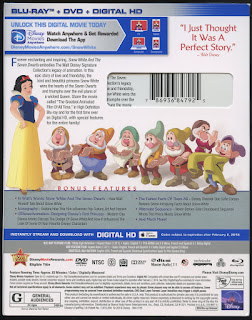 The DVD and Blu-ray discs. 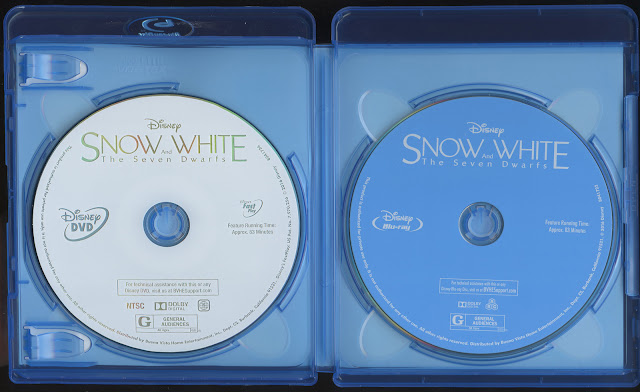 Also inside the case is a slip of paper with the DisneyMoviesAnywhere code number that enables the download of the Digital HD file. (You have until February 2, 2018 to complete the download, after which, the code is subject to change.) 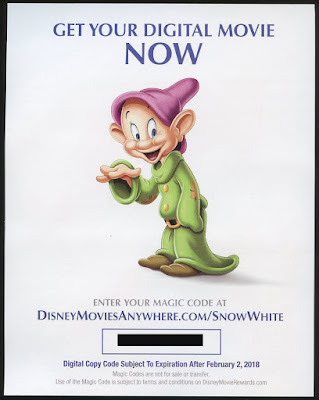 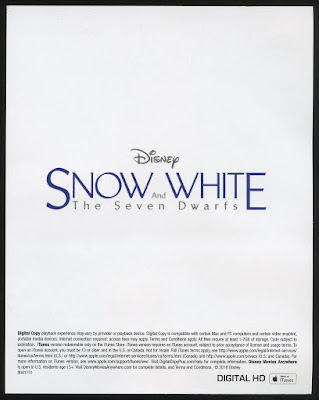 
The Bonus Features on the Blu-ray are as follows (in the order that they appear on the disc).

The only Bonus Features on the DVD disc are the Soup-Eating and Bed-Building sequences.


If the combo pack was pre-ordered through the Disney Store, you also received a Gift-With-Purchase lithograph set. Everything was mailed inside a cardboard box, which also included a Disney Movie Club flyer. 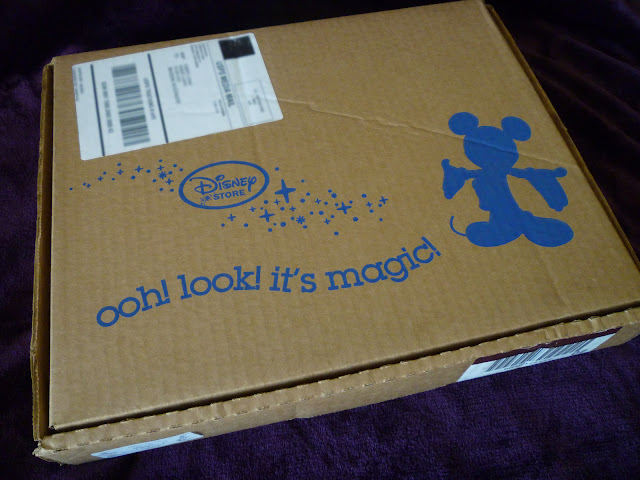 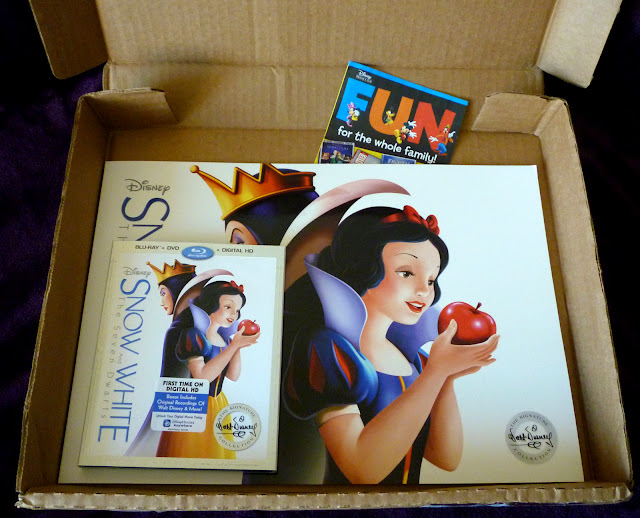 See the lithograph set in the next Archive entry.
Posted by Snow White Archive at 12:01 AM