With the Disney Studio thoroughly sequestered by the US military, the deep loss of revenue from the eclipsed European market, and a shortage of top animators, 1944 saw Walt Disney once again facing a serious cash flow problem. His answer was simple yet brilliant--use what you've got. He re-released the film to the theatres, and Snow White made a basket full of money. It also reignited public interest in all things Snow...one of those things being the comic book printed by Dell Publishing in that same year. 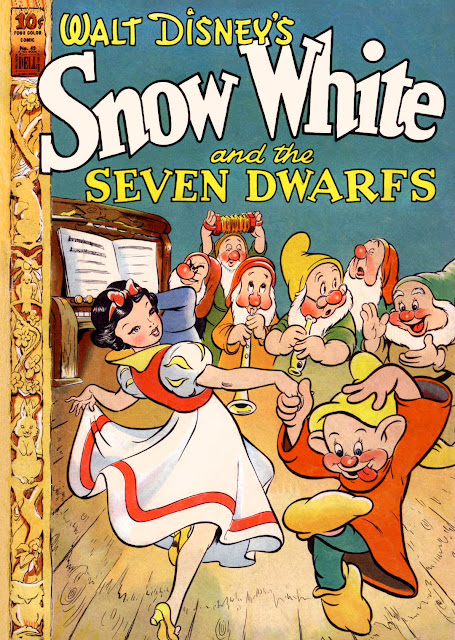 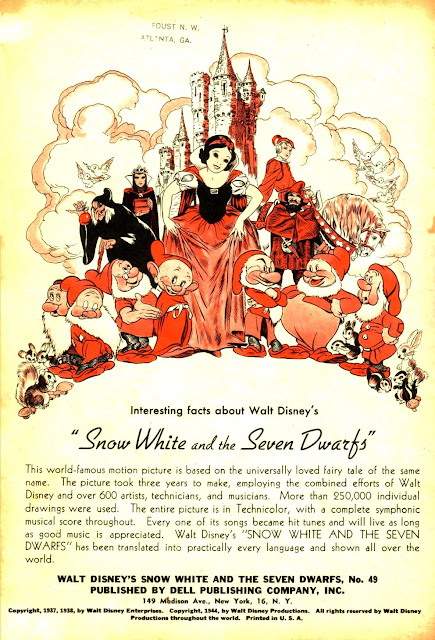 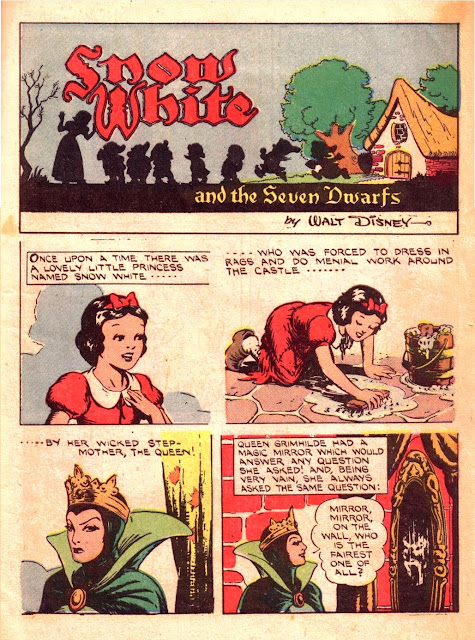 
As mentioned in the previous post, staff artist Hank Porter illustrated the original Snow White newspaper comic back in 1937-38. Hank was still employed by Walt in 1944 but was assigned to oversee the department which pumped out a thousand plus insignias (many drawn by Porter himself) and other illustrations for the war effort.

So why mess with a good thing? This Snow White comic issued by Dell Publishing utilized the same Porter illustrations and Merrill de Maris story from the earlier newspaper strip. The only real changes were in the colors, e.g. Snow White's dress in the original dark forest scene was red with a white cape; in 1944 they both were painted yellow. 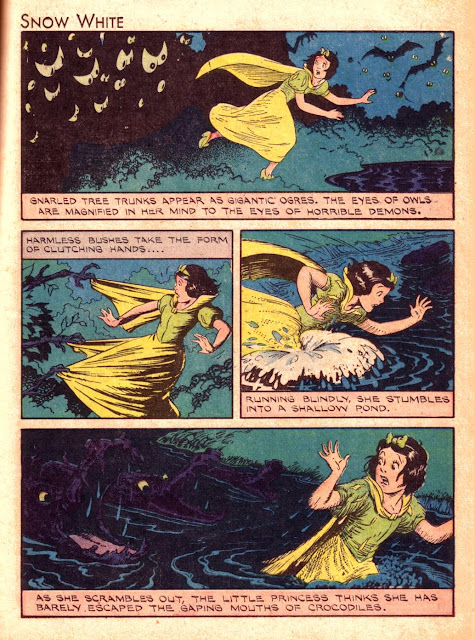 
According to Don Markstein's Toonopedia, the strip was "repeatedly reprinted" in comic book form by Dell, Gold Key, Gladstone and even a Marvel edition in 1995.  It was also published as a Big Little Book by Whitman Publishing. Most assuredly, Hank Porter's original 1937-38 Snow White strip will continue to live on in future forms.