Henri Salvador was a French comedian and singer. In 1971, he released a Disney-themed album entitled Henri Salvador chante Aristochats, building off the buzz for The Aristocats animated feature which wasn't released to theatres in France until December of that year. Rigolo record label. Catalog no. RI 30 008. Vinyl 331⁄3 rpm disc. Includes 12 songs, all very unique comedic takes on the originals, with two from Snow White--Whistle While You Work and Heigh-Ho. Plus there is a new number about Sneezy, Atchoum. 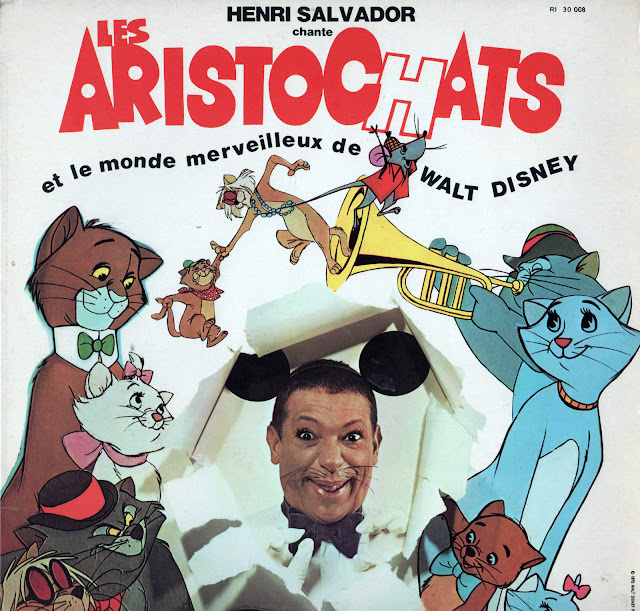 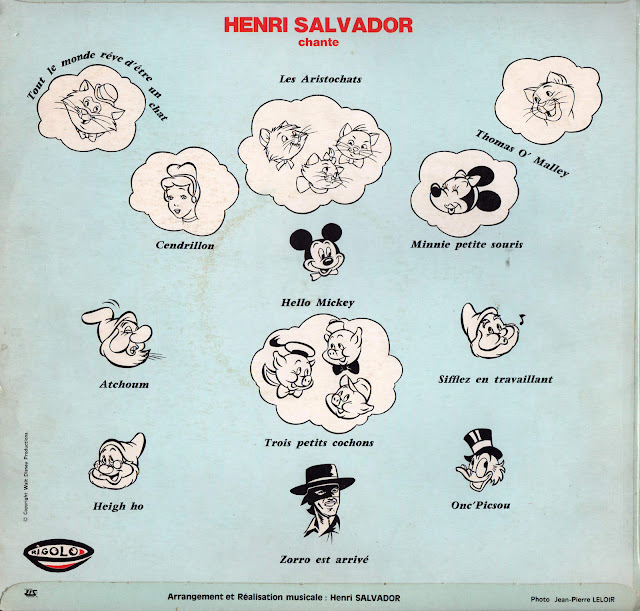 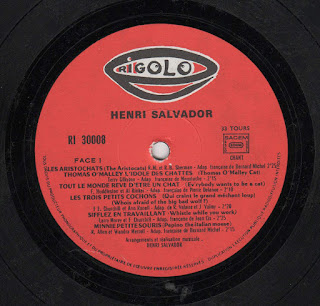 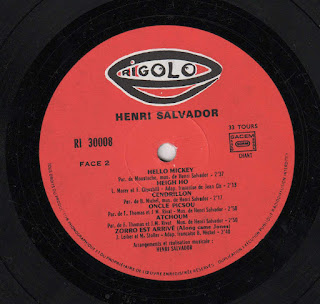 
Salvador also released a Blanche Neige record in 1973 (next Archive entry).
Posted by Snow White Archive at 12:01 AM