French singer, Henri Salvador (see previous post), released an album in 1973. Vinyl 331⁄3 rpm disc. Rigolo label. No. RI.30718. Includes 12 tracks. Blanche Neige appears on the cover artwork and in the title track on side A. The lyrics was written by Salvador. Heigh-Ho is on side B. Other than that, the rest of musical numbers don't really have much to do with Snow White. Made in France. 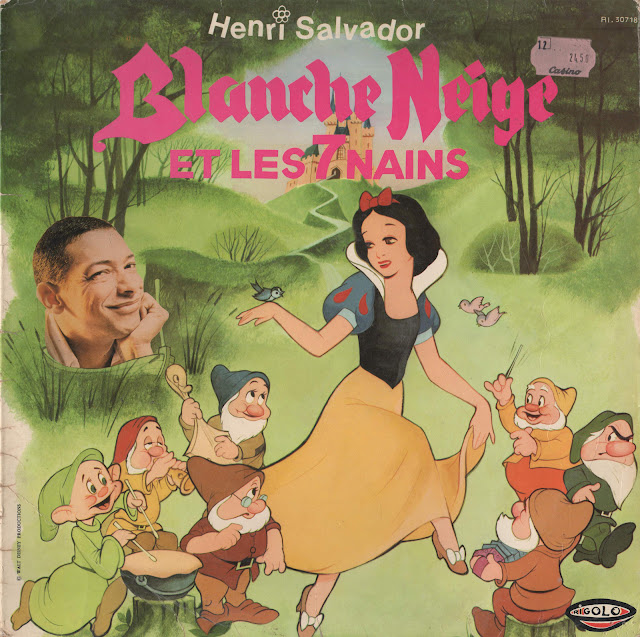 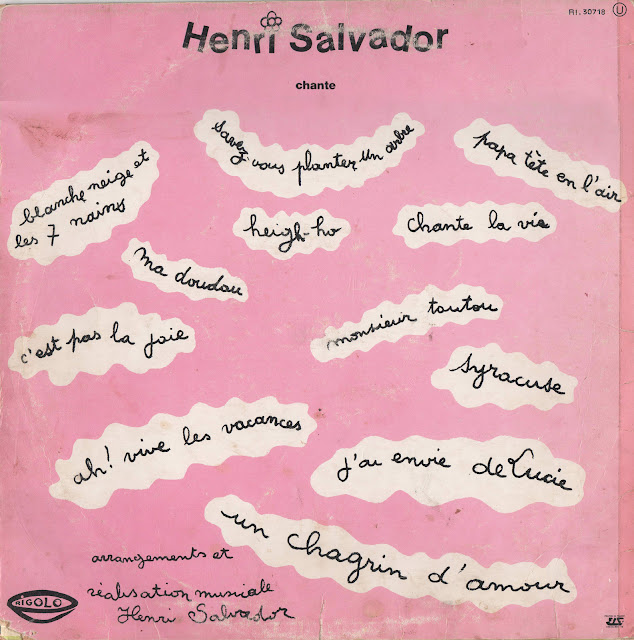 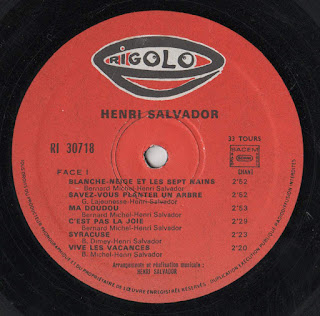 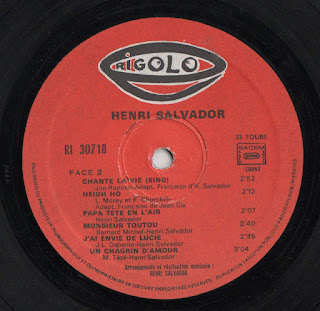 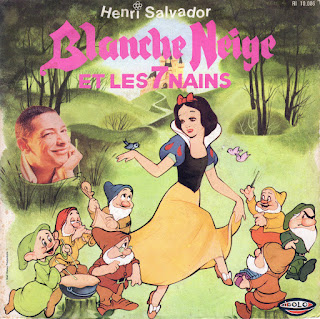 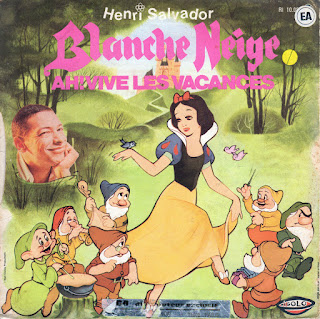 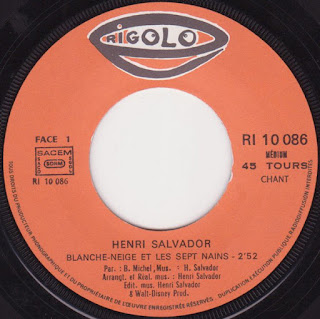 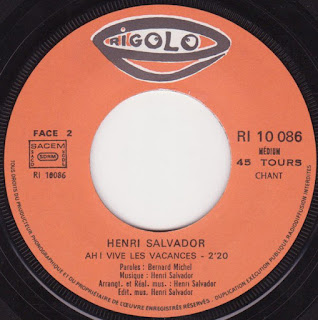 Labels via discogs.com
Posted by Snow White Archive at 12:30 PM