Definition: Antithetical - Being in diametrical opposition.

The Snow White character as portrayed in Walt Disney's 1937 classic film epitomizes the virtues of grace, kindness, gentleness, and above all innocence. It was because of these very qualities that I was drawn to the idea of creating this blog. In fact, these traits are so much a part of this iconic character that it's not surprising to find dramatic statements being made using her image but in ways diametrically opposed to how it's typically represented. The results might be at times a bit disturbing, and one could chalk it up to the state of today's political-socio-economic topography. And yet, this paradoxical imagery does offer an intriguing juxtaposition of ideals that can be surprisingly fresh and alive.

There's probably no better example of this mashup of motifs than in the stenciled "graffiti" found on back alley walls from Zurich to New York...the Machine Gun Princess. The stencil artwork is a takeoff of the famous Patty Hearst photo. 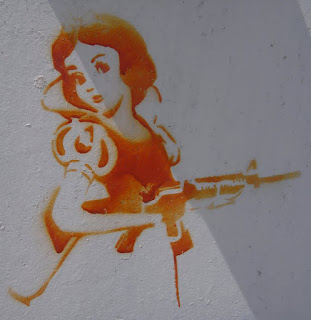 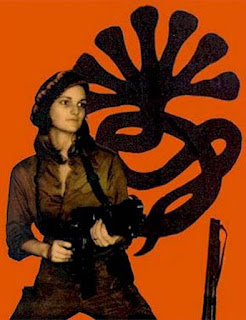 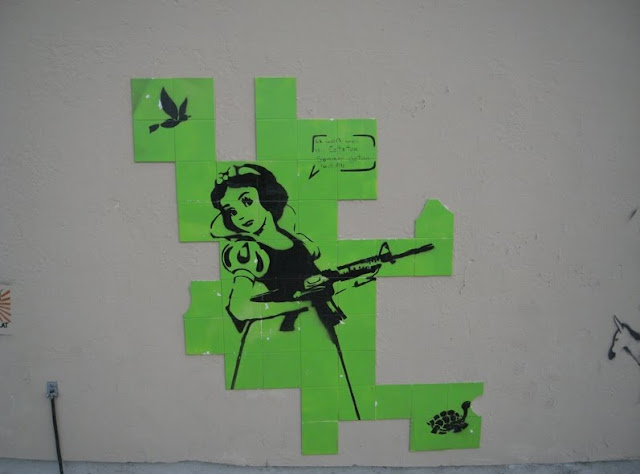 Graz, Austria: There Will Be Blood, a tile mural found just in front of the Murinsel. Image copyright Kleb. Used with Permission. 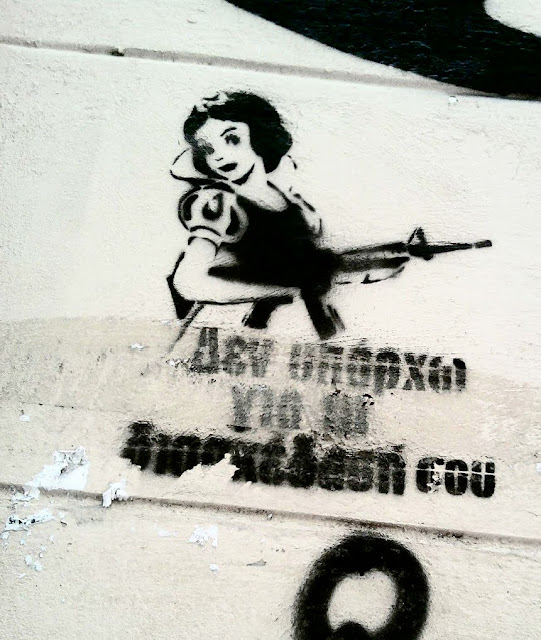 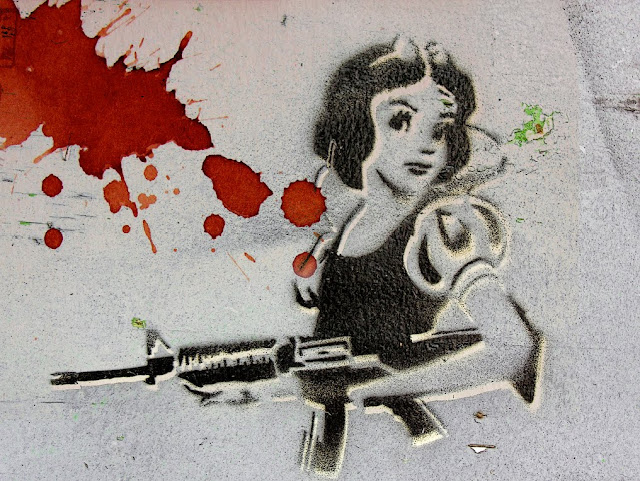 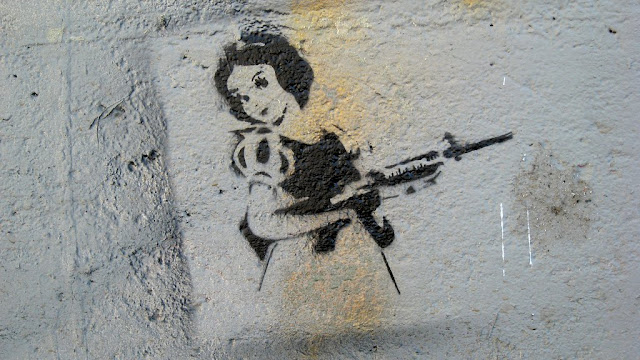 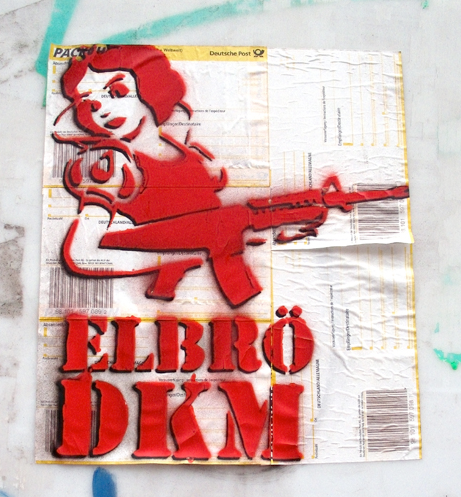 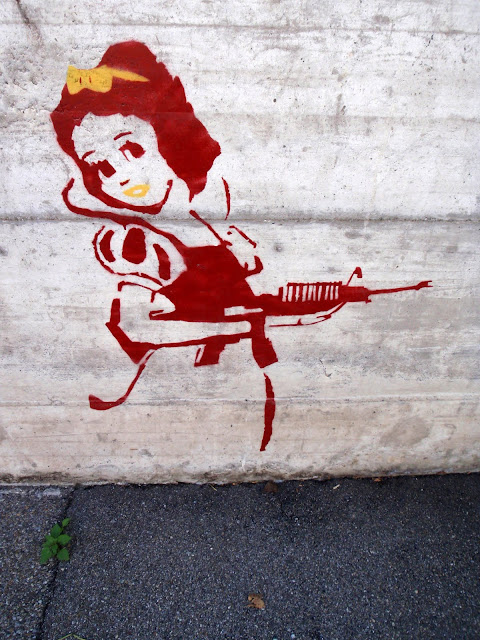 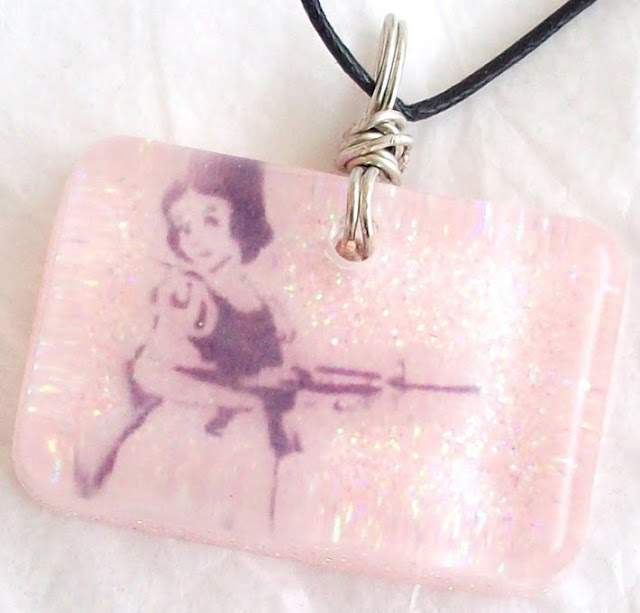 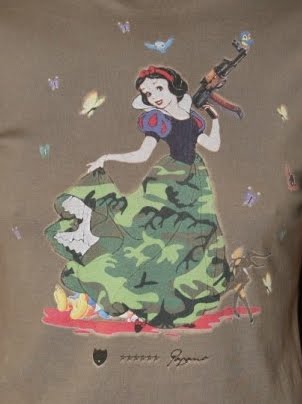 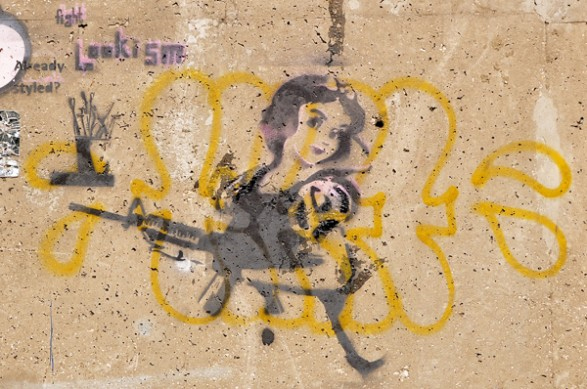 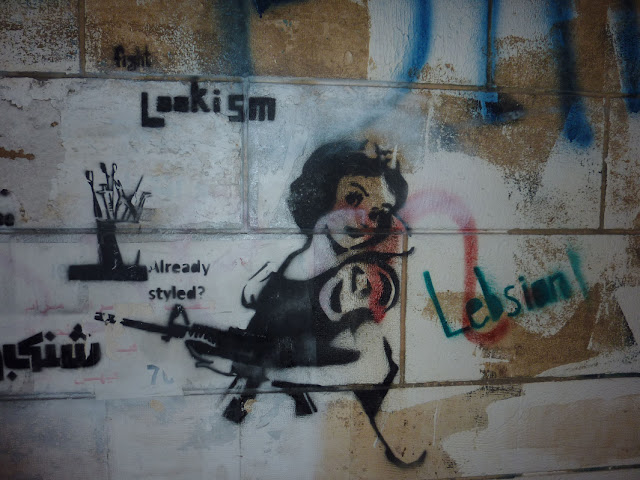