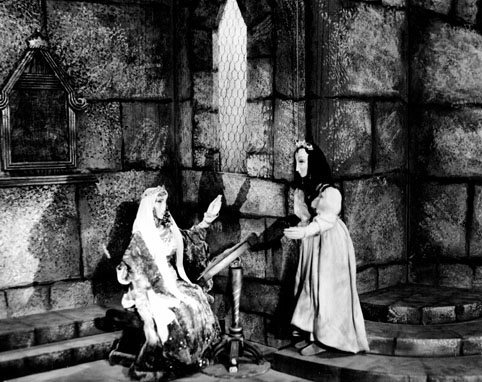 Ralph Chessé (1900-1991) was a Renaissance man with diverse interests in the theater, sculpture, painting, and puppetry.

When Ralph Chessé arrived in San Francisco he shared a studio with Blanding Sloan, an artist and puppeteer, who encouraged him realize his acting ambition though puppetry. In 1928 he created his first puppet production of Shakespeare's Hamlet followed by Eugene O'Neil's Emperor Jones. Here he was able to combine all his skills as an artist and and actor.

Puppetry allowed him an even greater freedom because he could control all aspects of the art form. He found he could craft and design the puppets, the sets, the costumes as he envisioned them in his mind and he could play not one but many parts taking on any image he conceived for himself. He went on to create his own marionette theater in several different venues during the 30’s until getting appointed head of the Federal Theater's Marionette Project for the WPA.  Source:  Chessé Arts, LTD [chesseartsltd.com]


In 1938, the same year that Walt Disney's film was taking theaters by storm, Ralph Chessé and his puppet theater created and performed their own version of Snow White to very receptive audiences.
Posted by Snow White Archive at 6:02 AM

Email ThisBlogThis!Share to TwitterShare to FacebookShare to Pinterest
Labels: ~marionettes/hand puppets, ~on stage