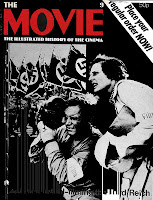 In a 1980 article from the British film magazine, The Movie: The Illustrated History of Cinema (#9), author Flavia Paulon recounts the somewhat rocky start of the Venice Film Festival.

Established in 1932, it wasn't long before the festival caught the interest of both filmmakers and movie lovers alike. It grew quickly over the next few years playing to crowds of some 2000 spectators and attracting films from numerous studios in nearly 20 countries.


The sixth annual fest was held August 8-14, 1938. With the world on the brink of war, political controversy arose at the event due to the Mussolini Cup going to the German documentary-like Olympia. Many felt it was a Nazi propaganda film rather than a true feature. 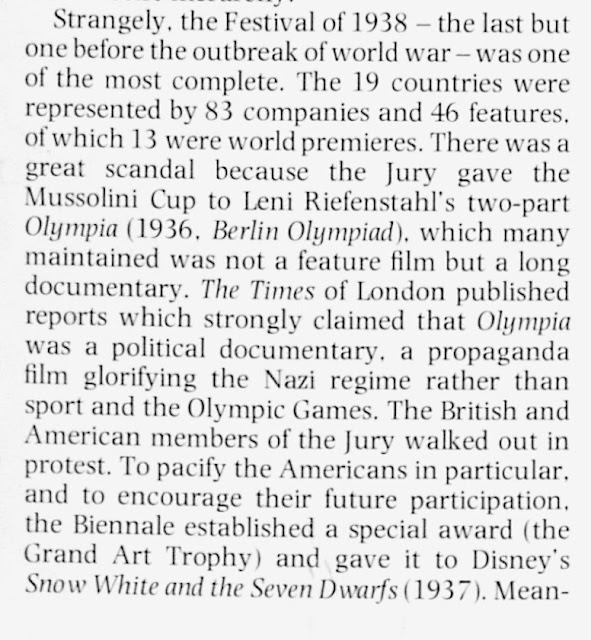 "To pacify the Americans...the Biennale established a special award (the Grand Art Trophy) and gave it to Disney's Snow White and the Seven Dwarfs."


A 1938 lobby card is pictured in the piece. Read the entire article below. 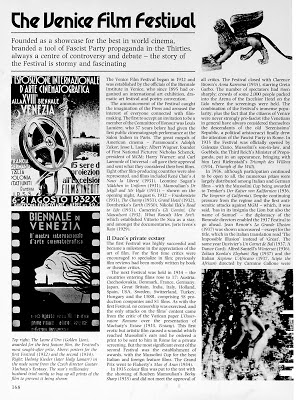 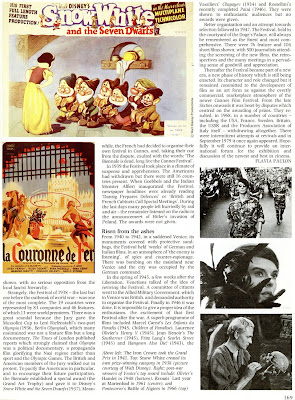 The Grand Art Trophy as pictured on page 257 of J.B. Kaufman's book, The Fairest One of All: The Making of Walt Disney's Snow White and the Seven Dwarfs. 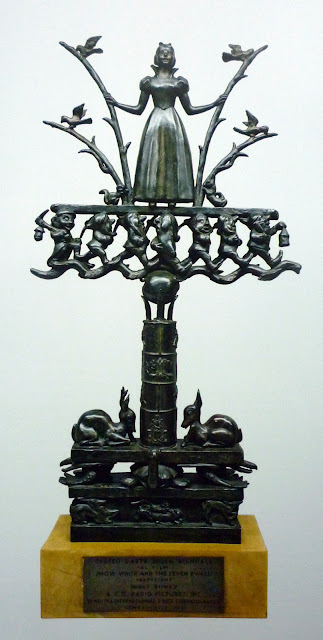 A bronze version (?) of the Grand Art Trophy on display at the Walt Disney Family Museum in San Francisco. 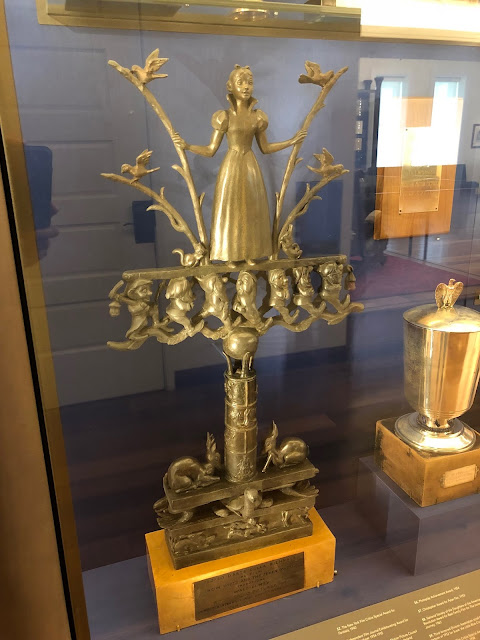 Posted by Snow White Archive at 2:02 AM