His photos have created quite a stir on Flickr. Some folks love his Photoshop-manipulated images. Others literally send him hate mail convinced that what he's doing is wrong. Yet, no matter where you stand, photographer Sam a.k.a ."Disney Resort" is building quite a reputation for his Disney princess pictures.

Sam started taking shots of Disneyland cast members a little over 3 years ago, and it wasn't long before he began bringing them into Photoshop to add his own artistic treatments. The results are stunning and a great way to end out the Snow White Sanctum posts for 2010. 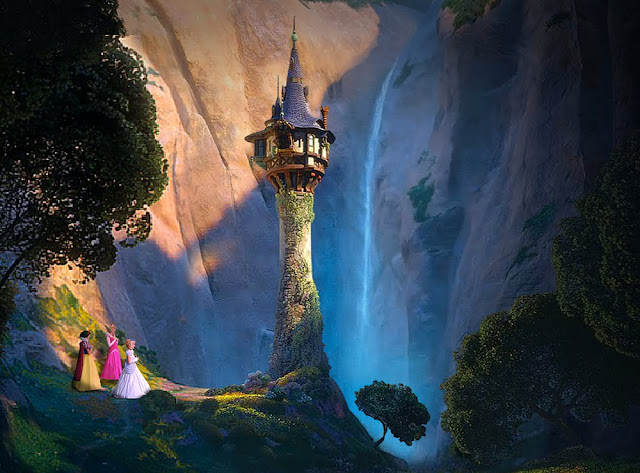 
From his "Disney Resort" Flickr profile page, Sam explains how and why he began taking princess pictures:


I bought an annual pass back in 2007 because I needed to add more exercise into my routine. So three to four times a week I'll walk throughout the entire Disney Resort.

At first I just walked, but I found that this would also be a good opportunity to rekindle an old hobby of mine...photography. I'm also a Graphic Designer, so you'll notice almost all of my images are definitely not just SOOC.

The majority of the images in my photostream are Disney characters that I've photographed, then manipulated in Photoshop to follow my imagination. So if something looks too good to be true...it probably is. 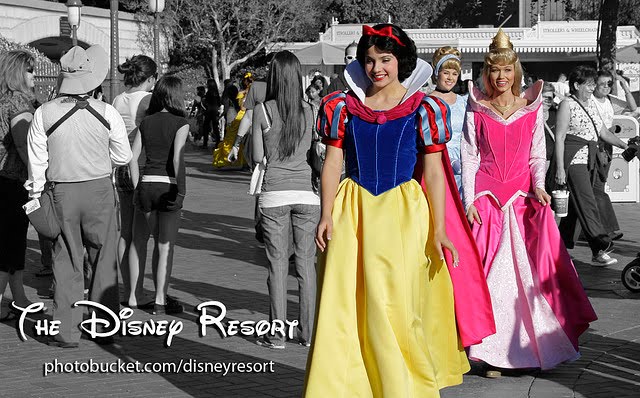 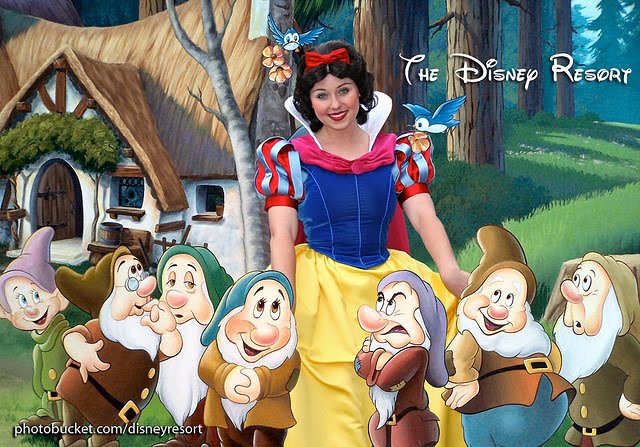 
While it may seem as if Sam asks the cast members to pose for his photos, this is not the case. Just the opposite. He keeps a low profile while at the park. From a correspondence with him, here's Sam in his own words...


There are other Flickr photographers who go there on a regular basis like myself. But the difference is, I prefer to remain anonymous, as opposed to their efforts to be recognized by the Cast Members. I just wouldn't want the CMs to feel uncomfortable if they kept seeing that "Disney Resort" guy all the time. Sam aka "Disney Resort" 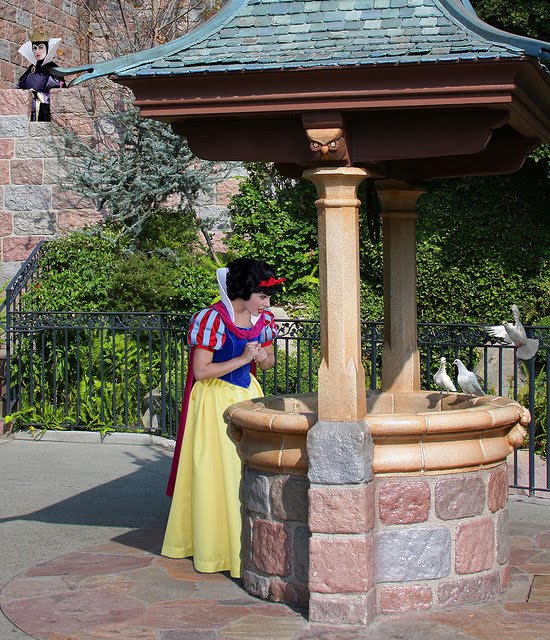 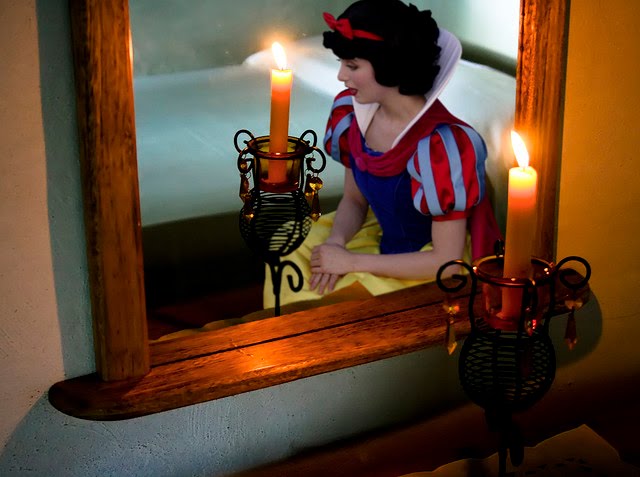 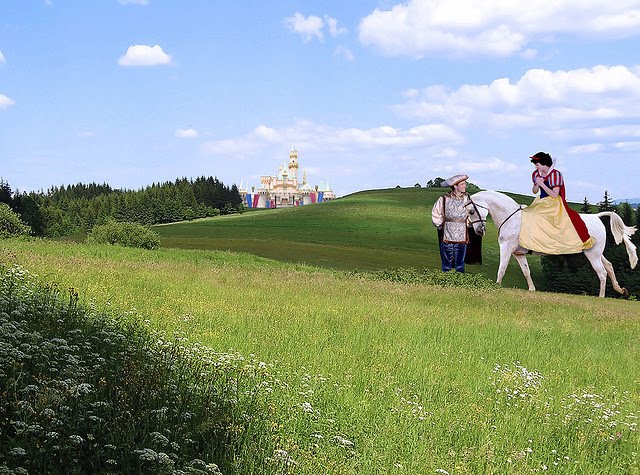 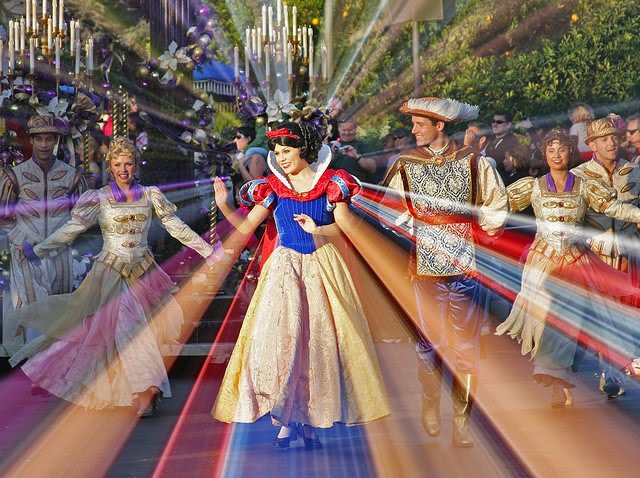 I have been contacted by a number of Cast Members over the years who have requested digital files of the images I've created. Some have even made requests for me to come out and photograph them as they performed as a particular character. But I've never met any of them personally. Again, that's just my preference to remain anonymous. Sam aka "Disney Resort" 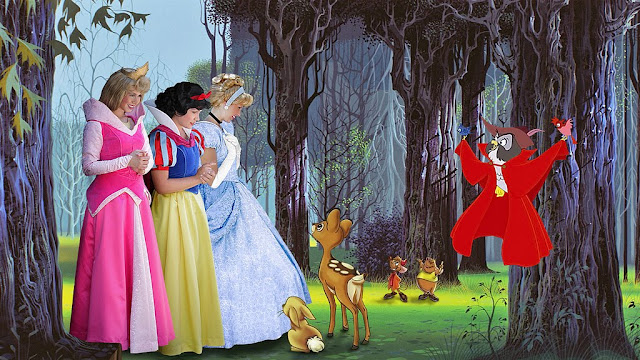 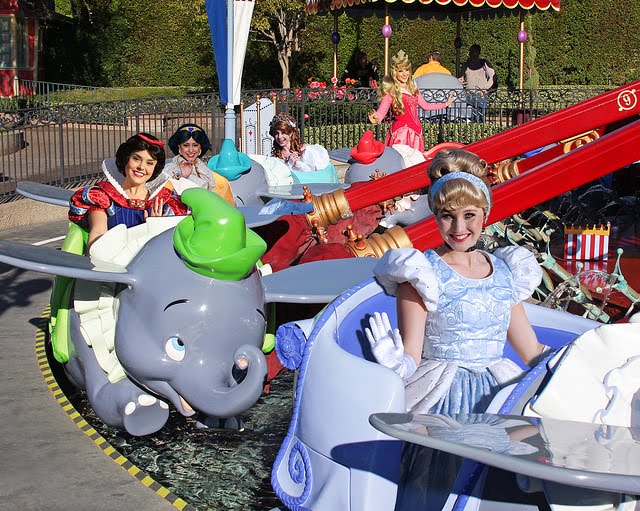 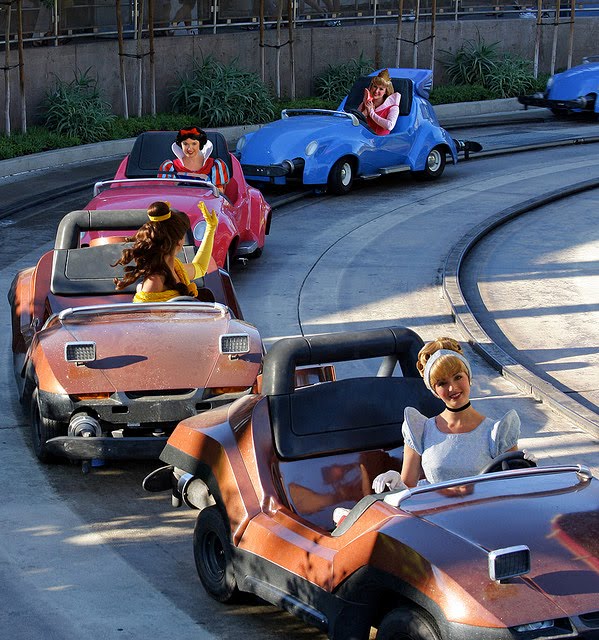 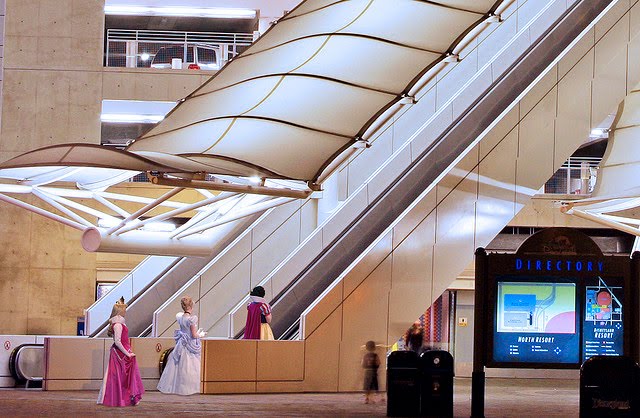 "Snow, what level are we on? Goofy or Mickey?

For every image I upload, I trash about five. They don't always work, but that's okay. It helps pass the evening away trying. Sam aka "Disney Resort" 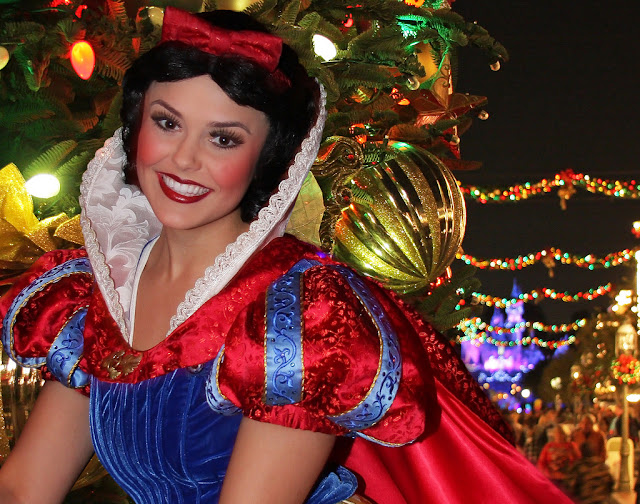 
To see loads more of Sam's work, visit his flickr photostream. All images copyright Sam a.k.a. Disney Resort. Photos used with permission.
Posted by Snow White Archive at 2:01 AM