The Armour's Star Ham Snow White campaign from 1938 was just one of a myriad of promotions thought up by Disney marketing genius Kay Kamen. It included in-store displays, magazine advertisements, and free collectible stamps. 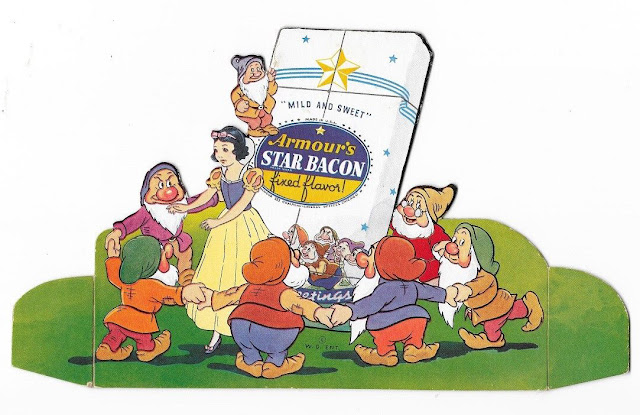 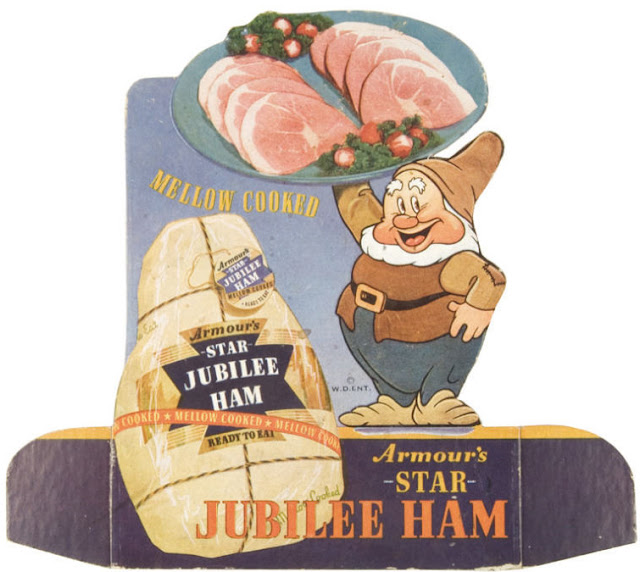 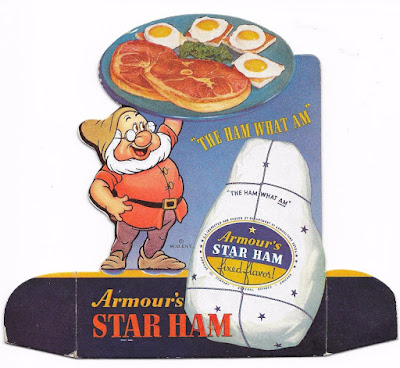 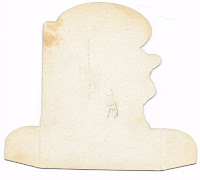 Cardboard store display (34" x 30.5). The standee originally had a man in a chef's hat next to Snow White. See a similar Easter display in another post. 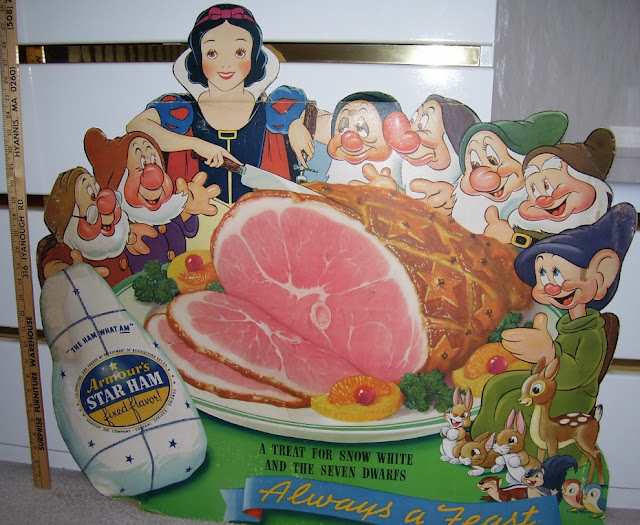 Armour and Company giveaway "Poster Stamps" were distributed by grocers. A coupon good for free stamps could be found in the magazine ads (below). 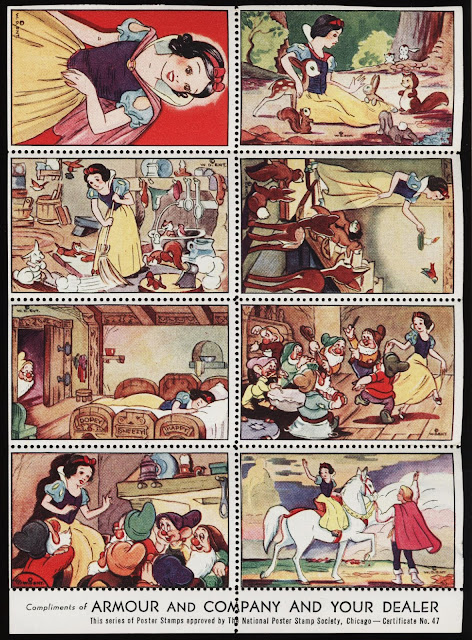 
Ladies Home Journal "Meal of the Month", 1938. The same ad was seen in other periodicals including American Weekly magazine, 1938. 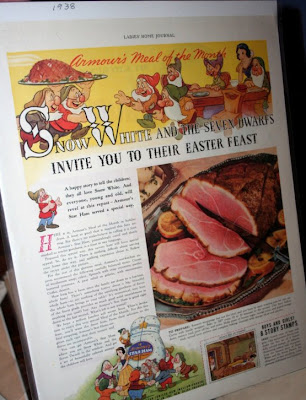 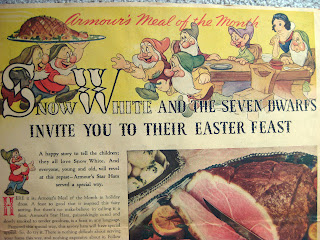 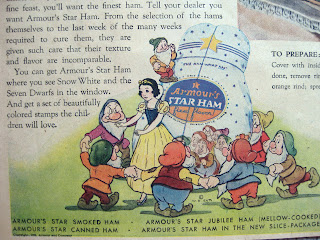 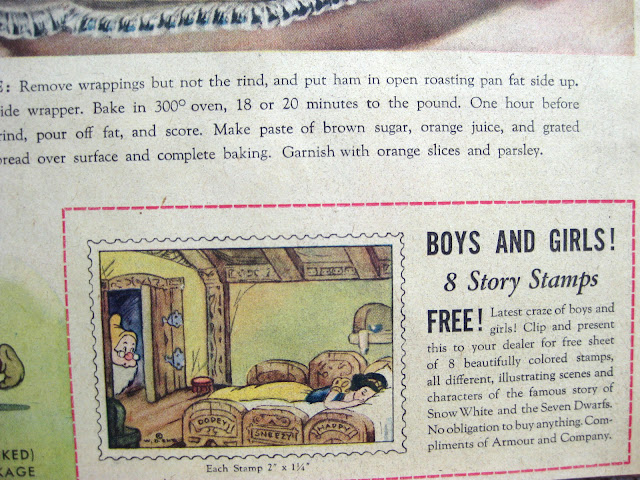 The story on reverse side of ad is a sci-fi with the title "Ark of Fire--A story of the year 1980" by John Hawkins. 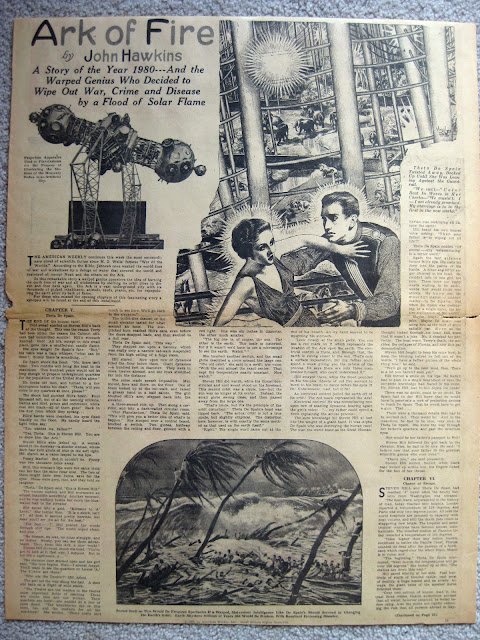 In other posts, also see the Armour's Star Ham Easter Meat Stamp and recipe book.
Posted by Snow White Archive at 12:01 AM