The year is 1934, and we're in the thick of the Great Depression. This, however, does not stop marketing wizard Kay Kamen from closing a sweet deal with General Foods. The cereal maker has agreed to pay the whopping sum of one million dollars to the Disney boys--revenue they will need as they start the ball rolling on their first feature-length film! That's a million 1934 dollars--a whole lotta money--and this just for one year of rights to place Mickey Mouse cut-outs on the backs of Post Toasties corn flake boxes. Children's cereal marketing would never be the same again.

The cut-outs were an immediate success. The cereal boxes would cost the parents about 12 cents each and after they were emptied, the kids had something to play with. 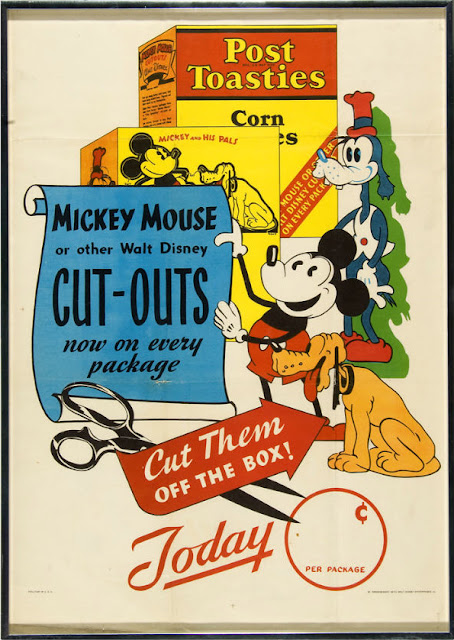 General Foods Post Toasties would continue to employ Mickey Mouse and other Disney character cut-outs through 1941. Each box usually featured two to four cut-outs on the back and one along the side panel. It was around the 1937 release of the film that Snow White first appeared on Post Toasties. 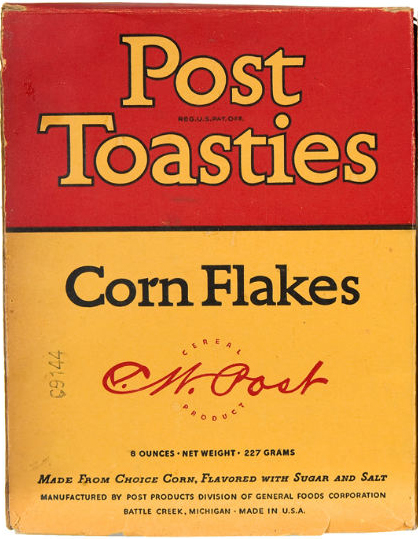 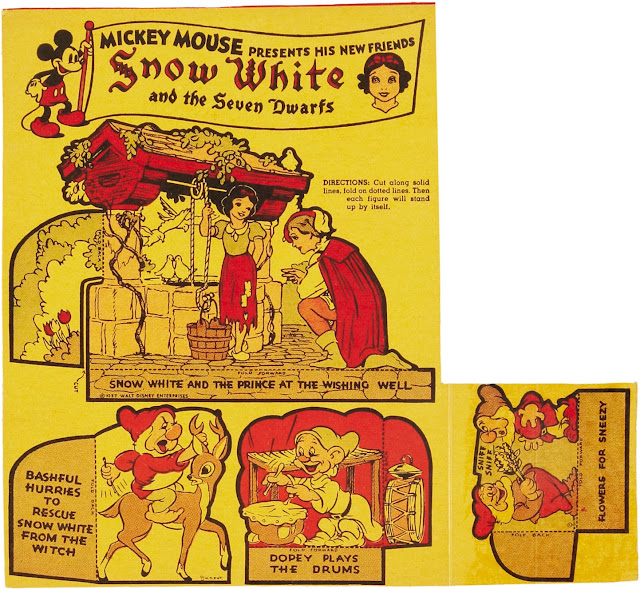 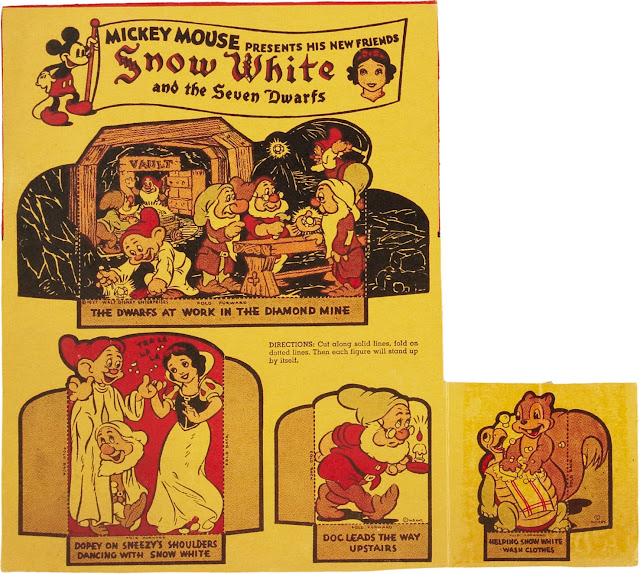 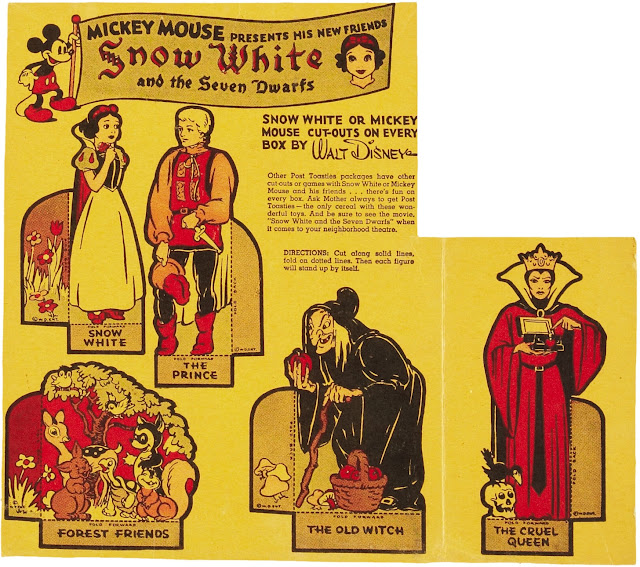 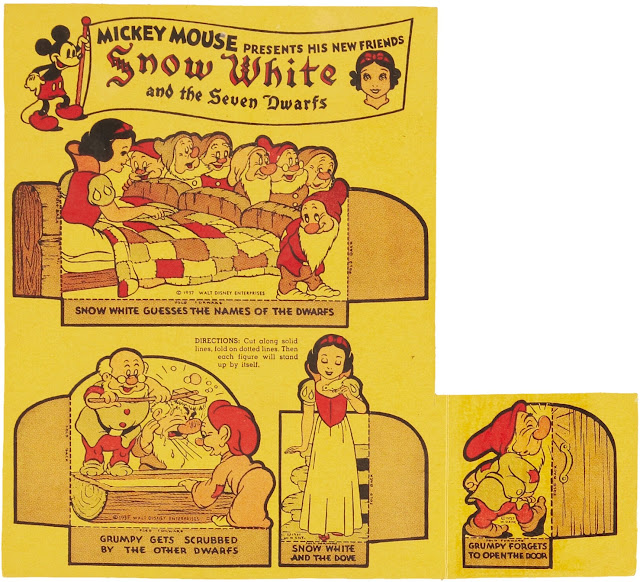 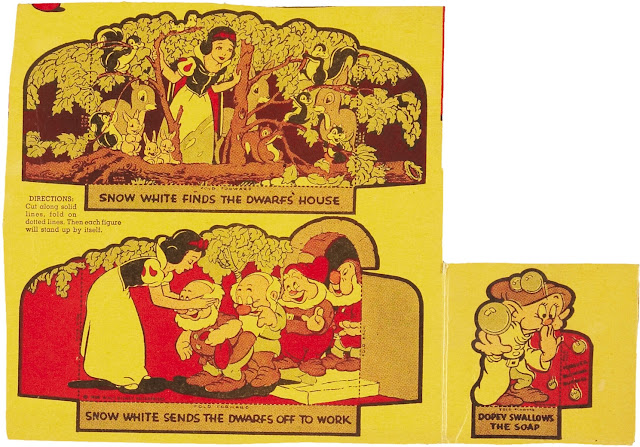 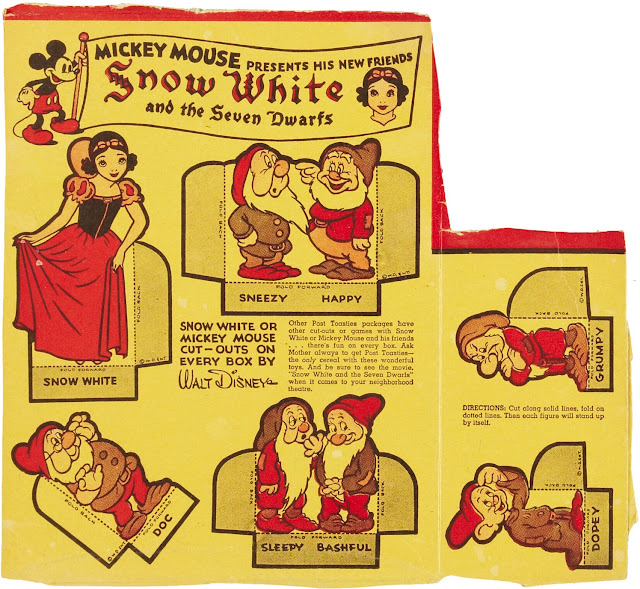 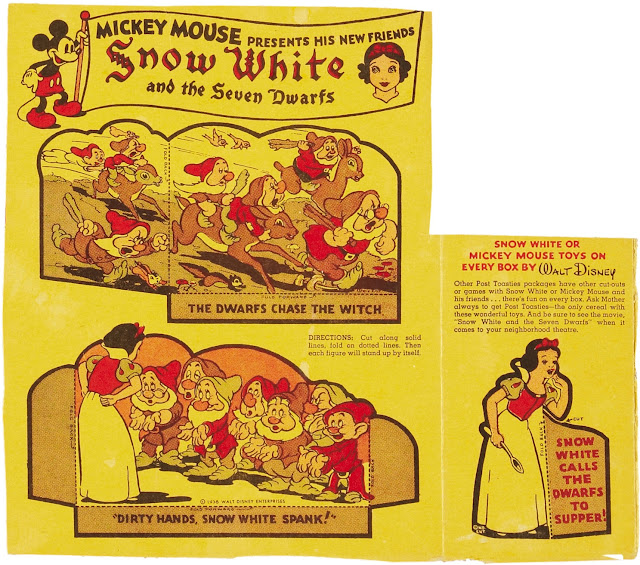 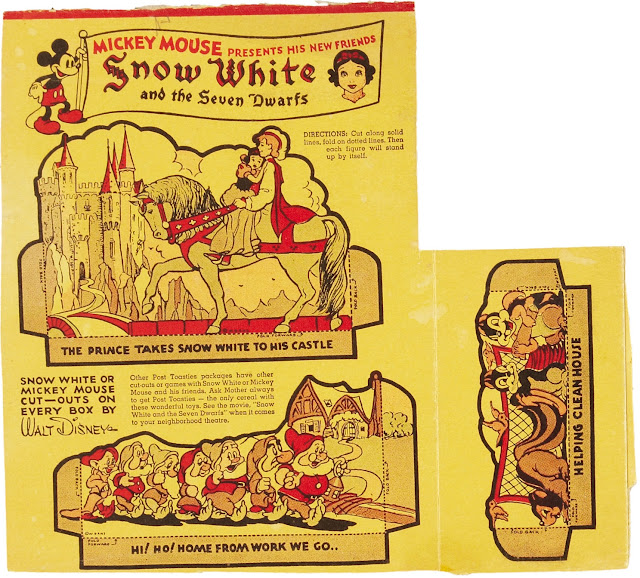 Images via Hake's Americana and Collectibles.