Considered the world's largest arts festival, The Fringe (short for the Edinburgh Festival Fringe) is held every August in Scotland's capital. Established in 1947, it attracts performing artists from around the world--in theater, comedy, dance and music.

Back in 2008, Snow White was spotted on The Fringe scene with another of her "fairytale friends". 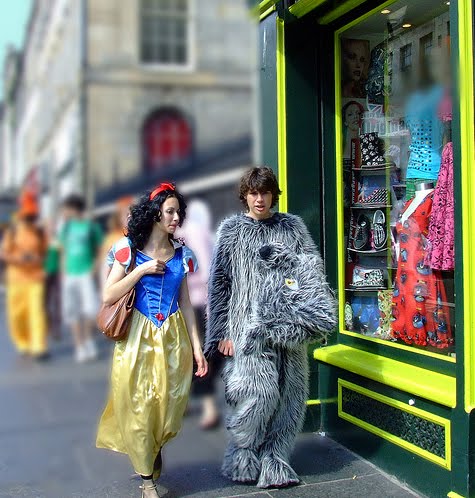