Rumors have been circulating on the Disney forums about the Seven Dwarfs Mine Train. Some have been speculating that Disney Imagineers are having difficulty with the new mine car technology and that the ride might be scrapped. Yet others in the know say the project is still a go and on schedule.

Here's an exciting first look at a WDI ride vehicle concept image--taken this June and which recently appeared on the forums. 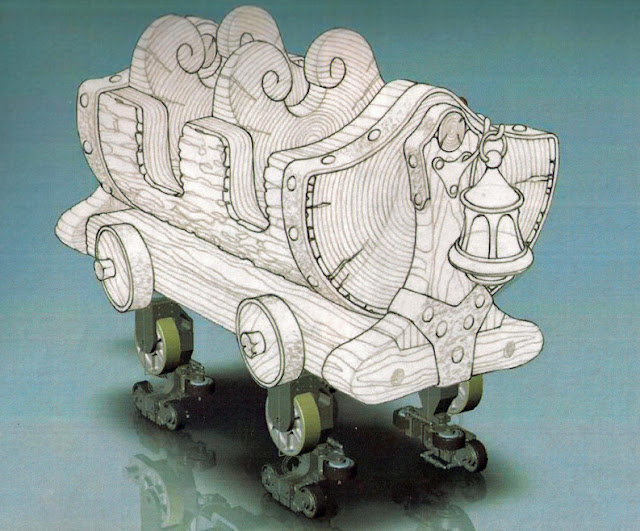 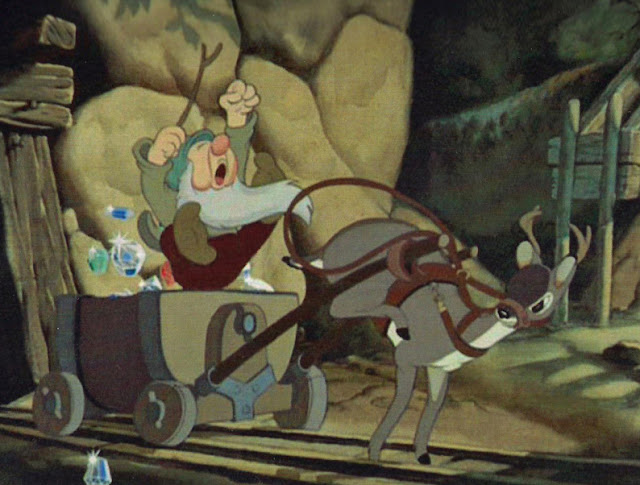 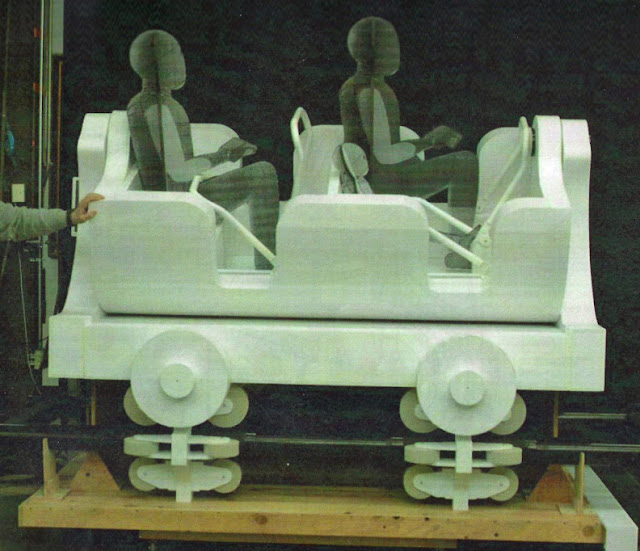 Note the individual lapbars in the photo above. Keeps little ones locked in tight. Looks like development on the attraction is definitely moving forward. For more details and discussion on the Mine Train, check out this forum thread. Special thanks to Kurt Raymond for the heads-up on this topic.
Posted by Snow White Archive at 10:45 AM