What were referred to as Lobby Cards in the United States were called Front of House Cards in the United Kingdom. These stunning 8" x 10" posters date from the 1938 Snow White release. They are slightly smaller than the American versions and feature completely different illustrations. The artwork comes from the original sketches of Gustaf Tenggren. 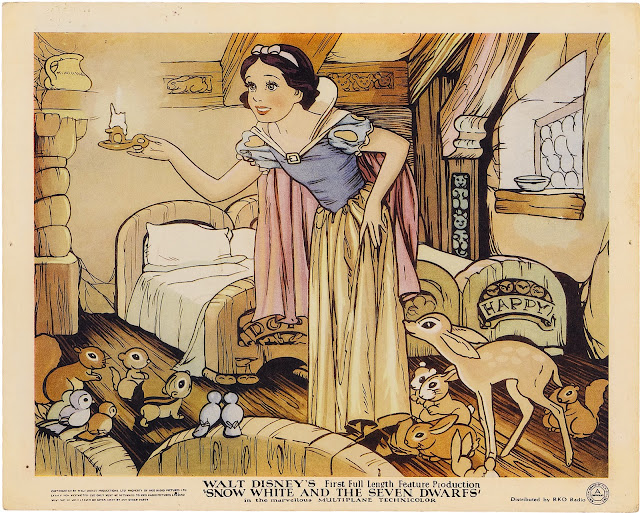 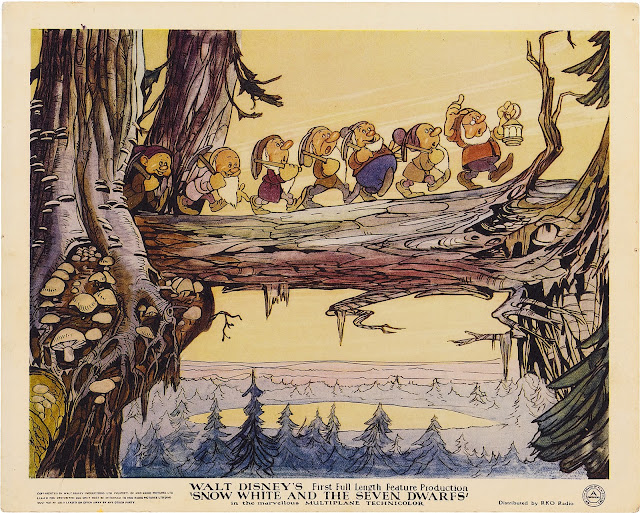 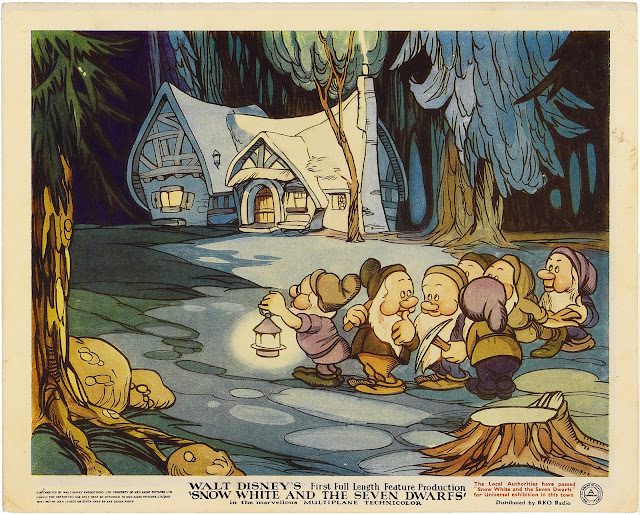 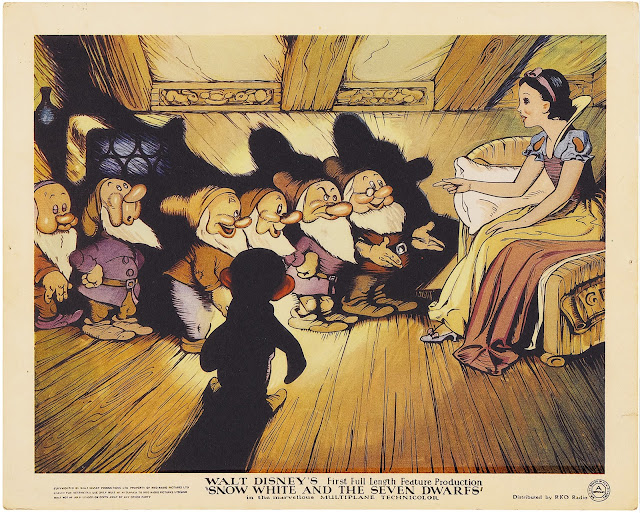 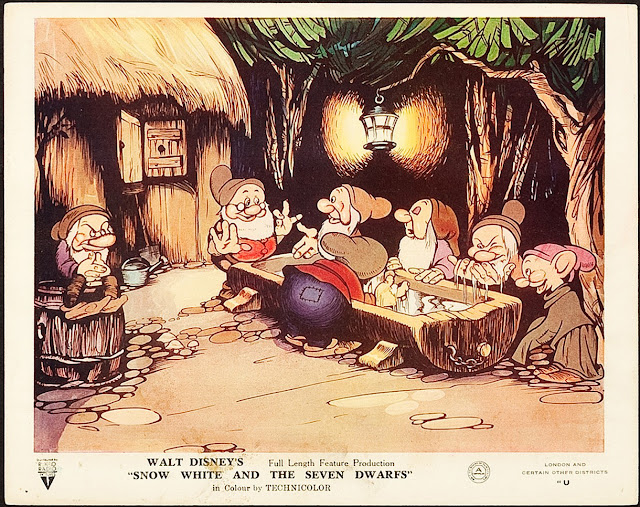 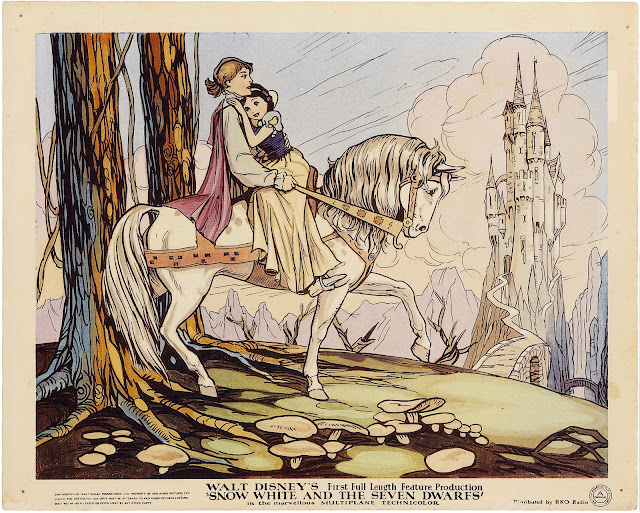 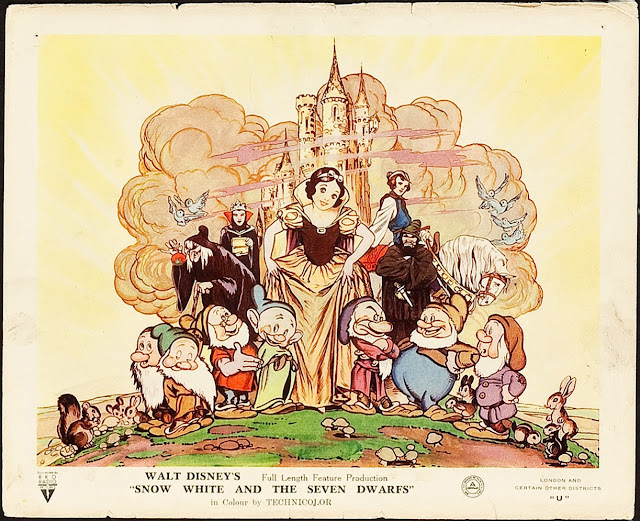 
Although all of these cards date from the same time period, note they do differ individually in the film ratings printed along the lower right corner. When Snow White was first released in the UK, the British Board of Film Censors gave it an "A" rating, meaning it was suitable more for adult audience (due to the dark, potentially frightening scenes for kids). However, officials from several of the largest counties rated the film themselves as "U" for general audiences. Thus we see this reflected in the additional notations on a few of these cards.
Posted by Snow White Archive at 12:01 AM