This 1993 Snow White "Mirror, Mirror on the Wall" card game was manufactured by Parker Brothers and licensed by the Walt Disney Company. For 2 to 4 players ages 5 and up, the object is to be the first player to collect one of each dwarf card and the prince in order to break the Queen's spell and wake Snow White. 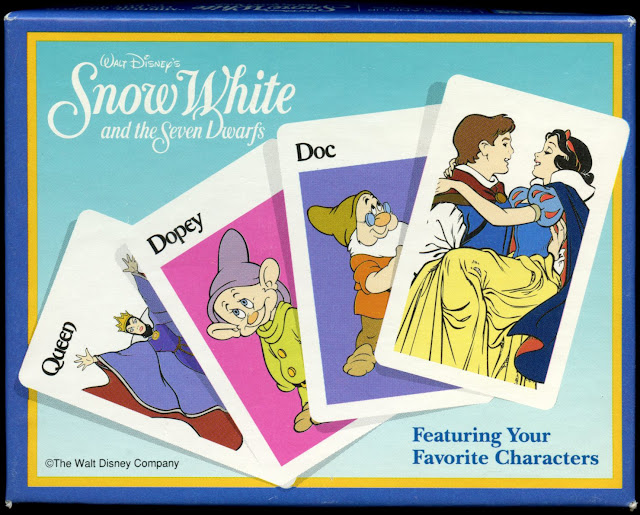 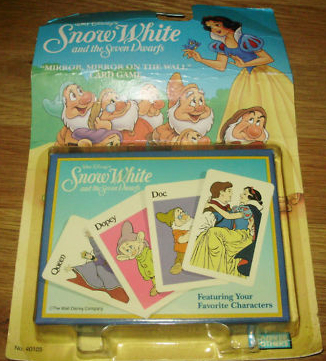 The Dwarf motif used on the card back was commonly employed in a wide array of other Snow White toys and products that year in conjunction with the film's North American theatrical re-release. 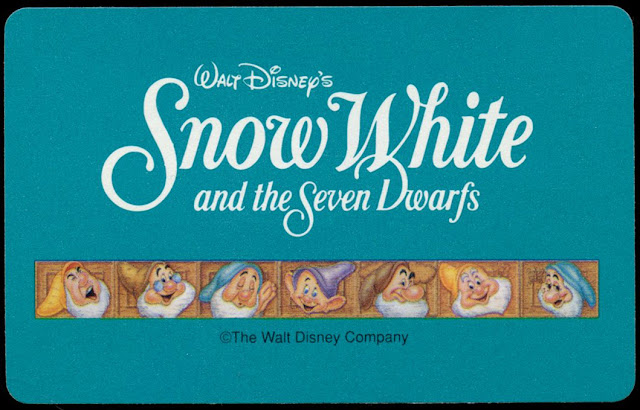 
The deck consists of 55 playing cards: 5 of each Dwarf, 5 Princes, 6 Queens, 8 Mirrors, and just 1 Snow White. An additional 5 promo cards for other games were also included in the box. 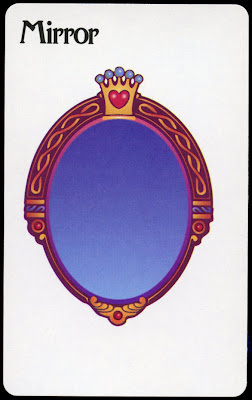 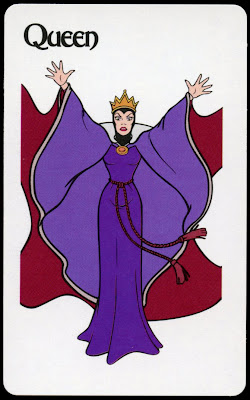 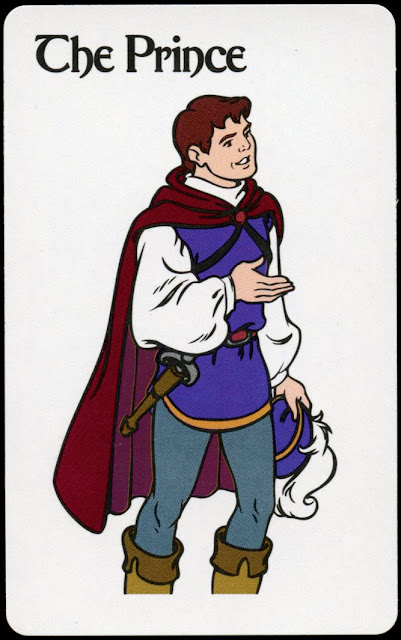 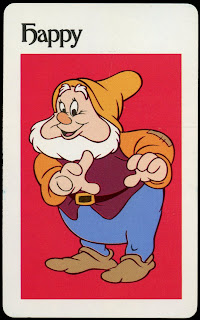 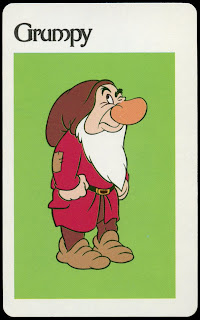 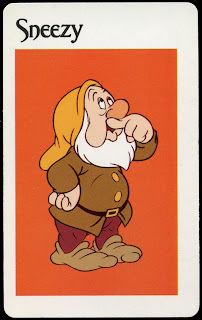 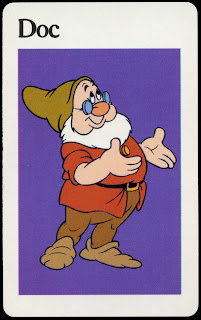 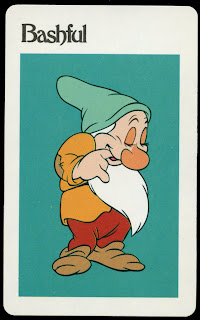 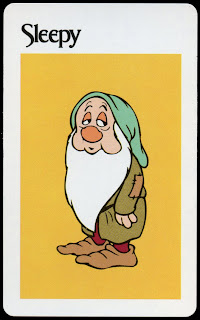 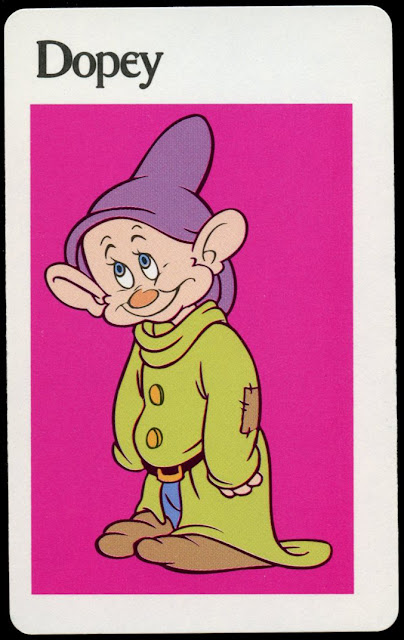 The winner gets to turn over the Snow White card at game's end and wake the Princess. 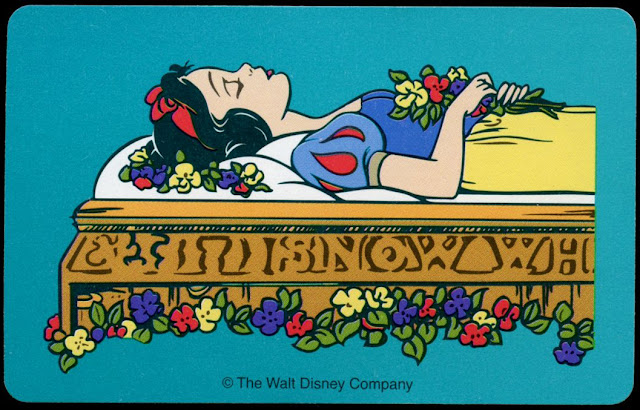 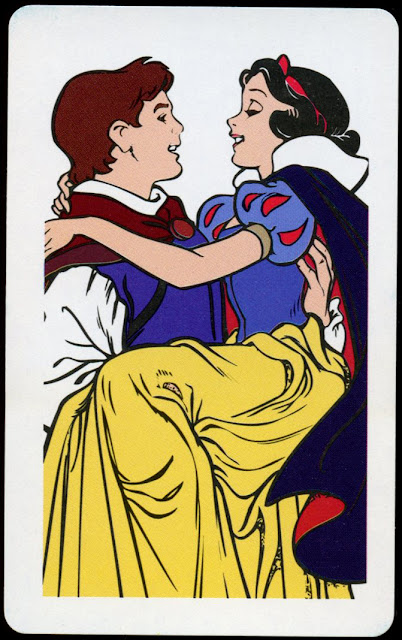 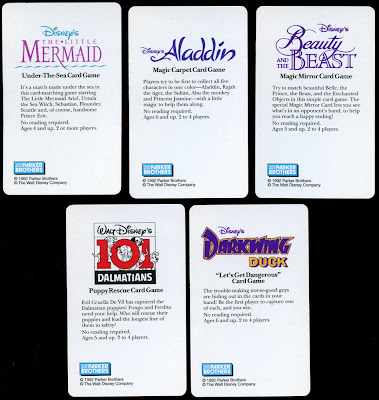 Promo Cards for other games
Posted by Snow White Archive at 12:01 AM