In 2009, Disney Editions published an adaptation of the Snow White story by well-known children's author Cynthia Rylant. At first read, I did not care for her interpretation; it felt off for some reason. Time passed, however, so upon revisiting the book, it surprised me to see how the story had seemingly grown. In fact, I quite like it now. So why did it strike me so oddly on the first time through?

Rylant is the author of over 100 books for children. She knows what she's doing. Instead of simply retelling the same old narrative, she instead wrote as if this was your first time hearing the fairytale. It's still Disney's Snow White but in a language after the very best of children's picture books, a style that compliments the vintage illustrations quite successfully. 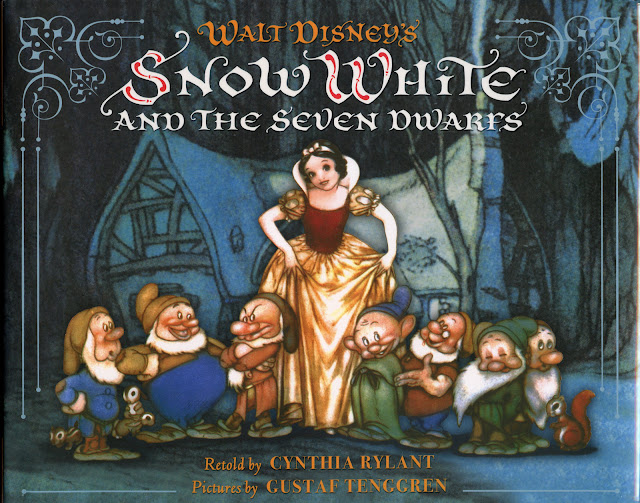 Accompanying the text is original concept art by Gustaf Tenggren. Eighteen different images! Unfortunately, the budget for producing this book was probably not what it should have been. As a result, the picture reproduction frankly leaves something to be desired. A soft unfocused feel detracts from several of the images. Nonetheless, it's still worth the relatively low price to see so many of Tenggren's Snow White drawings housed under one cover. 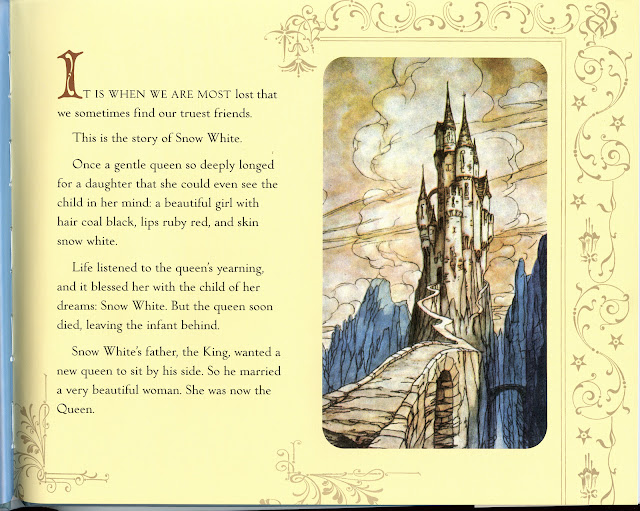 Gustaf's distinctive work is set apart from that of his contemporaries. Snow White exudes an Old World charm and fairytale innocence not quite seen in the drawings of the other Disney artists. 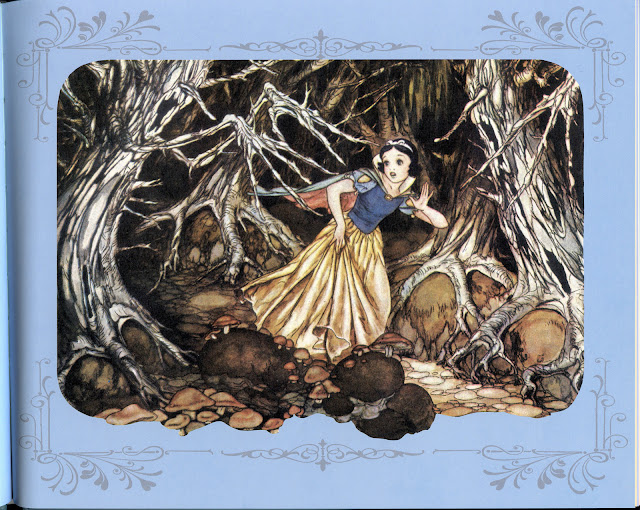 His dwarfs are by far the most distinctive of any of his characterizations. 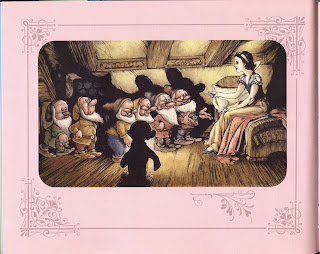 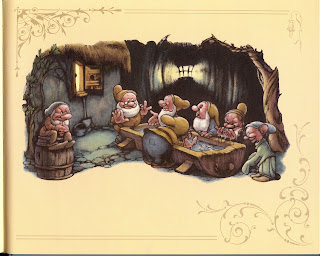 Tenggren's Queen is not someone to be trifled with and that goes double for the Old Witch. 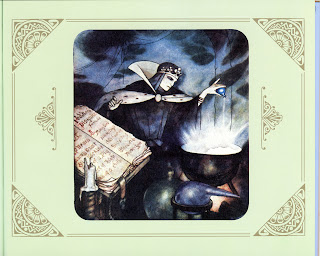 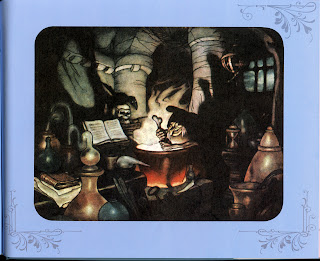 The book is still available for purchase new or from any number of online resellers. Original retail price was $16.00 (USD), but it can be nabbed for substantially less nowadays. ISBN: 9781423118619. 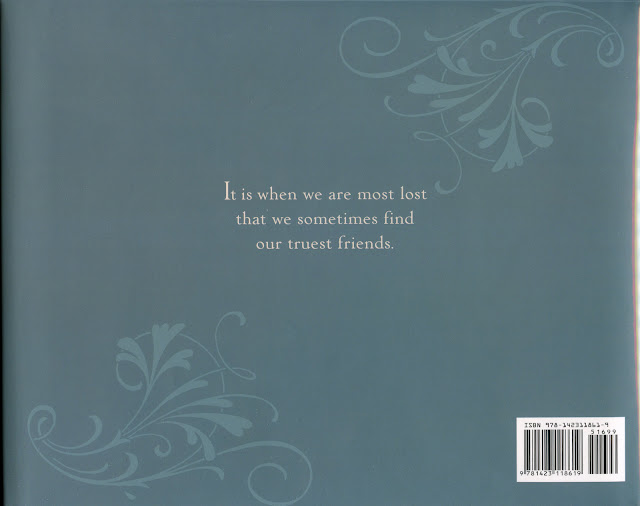 
See a few more Tenggren images from this book as they were shown in an earlier post in comparison to a set of vintage postcards.
Posted by Snow White Archive at 12:01 AM