In 2001, the buildup and release of the Snow White Platinum Edition DVD was a big deal. The movie had an all-new digital restoration. Also the two-disc set was hosted by Roy E. Disney and loaded with extras. Over a million copies sold in the very first day!

In Australia, the DVD was part of the Walt Disney's Masterpiece Series. To help publicize its release (and that of the CD soundtrack which was also being reissued in 2001), a promotional four-song compact disc was created. It was a giveaway item, not meant for resale. Walt Disney Records. Pressed by Digital Audio Technologies Australia. 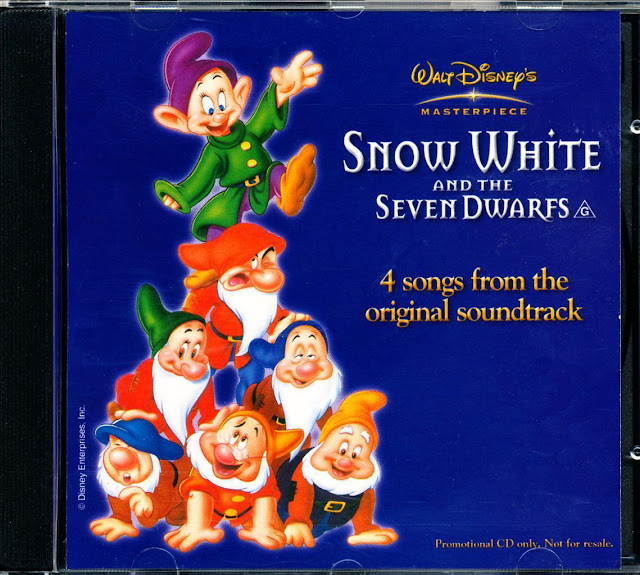 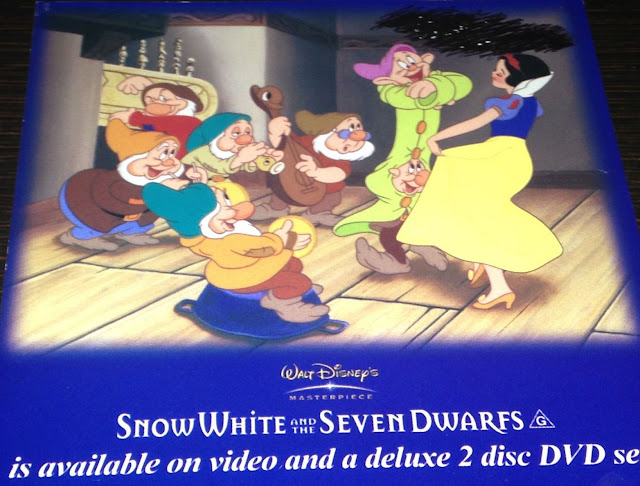 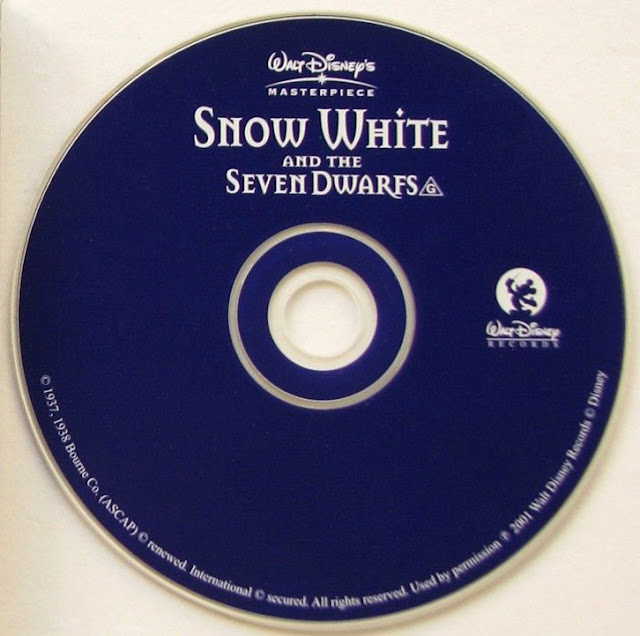 Performed by Adriana Caselotte and the original 1938 cast. 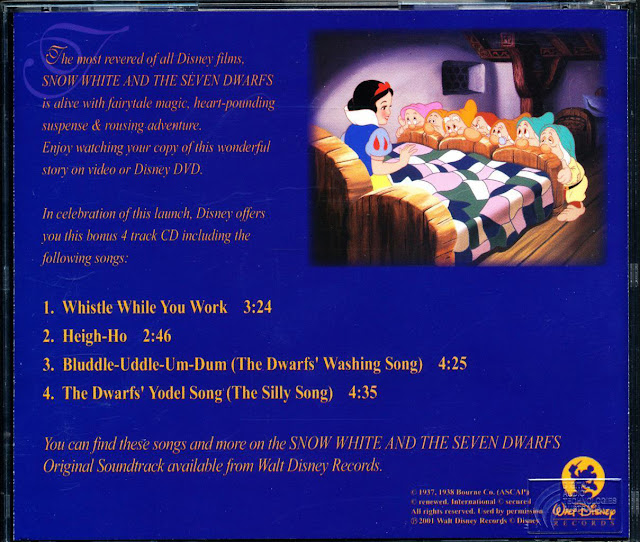