Way back in September of 2010, I was contacted by Shane from Parkeology. He'd been trying to solve a mystery in regards to one of the painted walls in Snow White's Scary Adventures. From his email...


Right before you enter the building itself, your mine car passes under an arch with a painted coat of arms. It features 2 crowns and 2 snakes. But in one corner, there appears to be the initials "WCS." My guess is that it's the mural painter's initials or something, but I can't confirm. 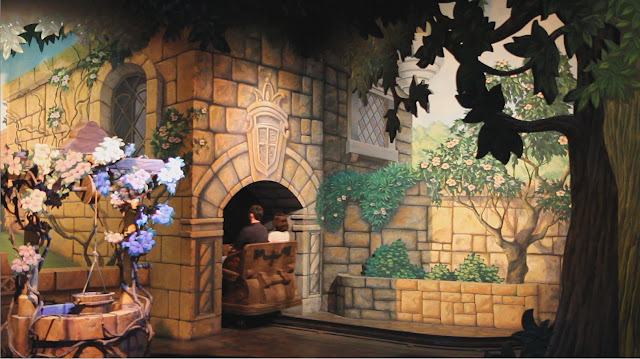 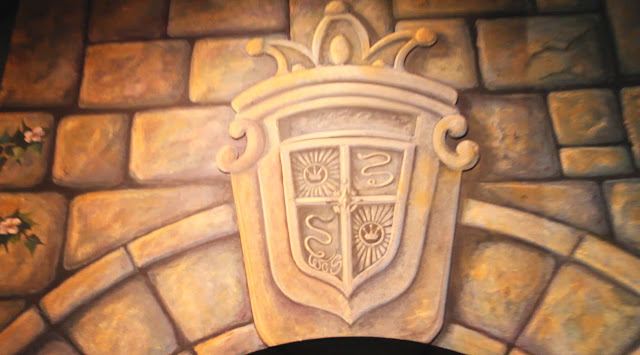 I did my own research but to no avail. Others online were asking the same question, 'What does WCS stand for?' Still no one seemed to have the answer. Then just last week, Shane posted his farewell tribute to SWSA and in it he mentioned the mysterious letters.


WCS = West Coast Scenic, a contractual company that does work for WDI, including murals!

There it is folks, the "WCS" mystery is solved. On one of my last times thru the ride, I reached up and touched the coat of arms just to say goodbye.

THE BEGINNING OF THE END FOR SWSA IN NEXT POST.
Posted by Snow White Archive at 12:01 AM