1962 - Actress/singer Lucie Dolène was the voice of Snow White in the 1962 French re-dub of the Disney film. It's her version that was used in the 1994 VHS and LaserDisc home video release in France. The 45rpm below, however, does not contain any tracks from the official soundtrack. Instead, we have new recordings made by Lucie at that time, accompanied by "Caravelli and His Magic Violins". The cover art is a reproduction of the poster from the 1962 theatrical release. President record label. No. PRC. 316. 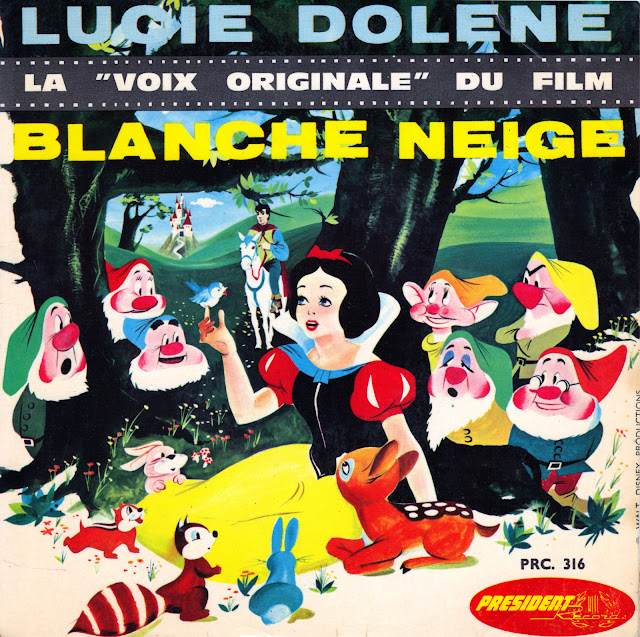 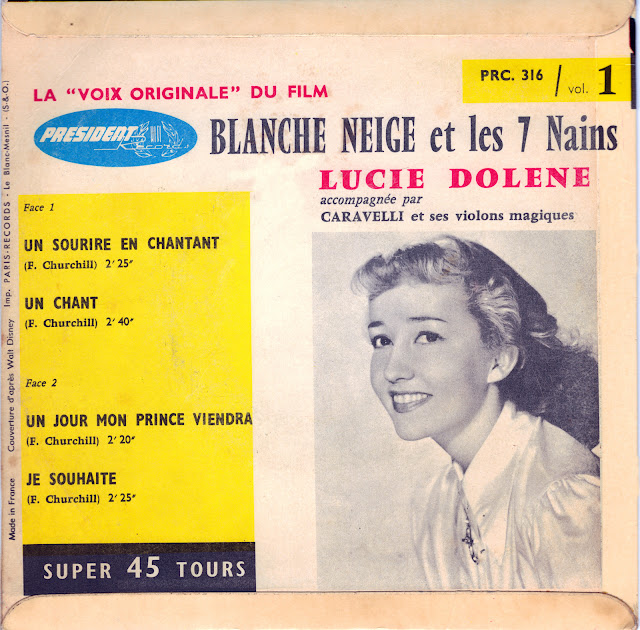 Record scans and info courtesy of Greg Philip at A Lost Film.


It's interesting to note that the Lucie Dolène 1962 version of the Snow White soundtrack is no longer available due to legal issues between her and Disney. As a result, Disney re-dubbed the film in 2001 using the talents of Valérie Siclay (speaking voice) and Rachel Pignot (singing voice). It is the official soundtrack found on French DVDs and Blu-rays today.
Posted by Snow White Archive at 9:30 AM