Here we have a rare gem, an RKO promotional postcard from the initial Italian release of Snow White. Made of cardstock, it's double the size of postcards common in Italy at that time. The crease across the center is original since it would have come folded in two. Unfolded, it measures 14 x 18cm. 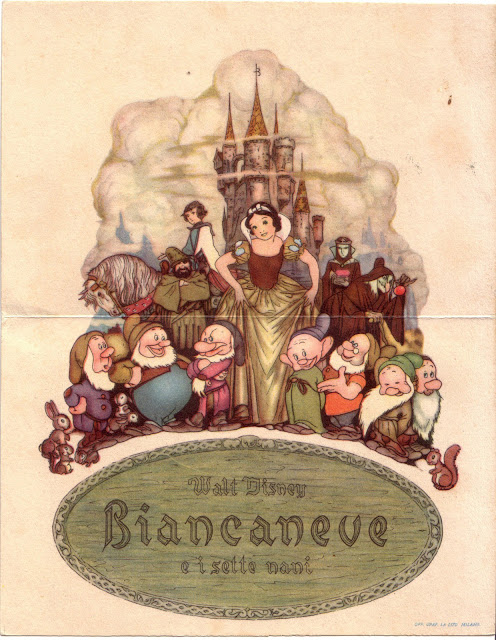 On the back, one side was free for stamps and address. The other was filled with an announcement of the film. It translates to:

Generalcine was the Italian "host" distributor for all the RKO movies seen in Italian theatres. Their logo is in the upper left, RKO's in the lower right.

This particular card also has a rubber stamp imprint with the word, "Venerdì" (Friday). The general release of the film occurred in Italy on Thursday December 8, 1938. Yet, some cinemas didn't begin showing it until Friday. Unfortunately, no name is given for the theatre. 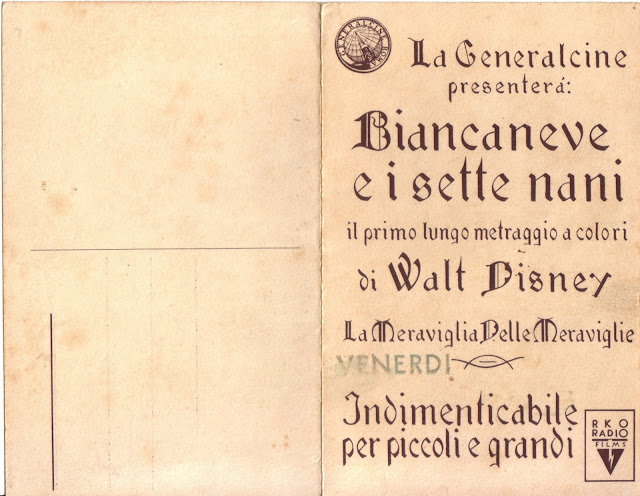 Images and info courtesy of the Nunziante Valoroso Collection.
Posted by Snow White Archive at 12:01 AM