In the 1960s, a family-run Dutch puzzle company by the name of Kolibri acquired one of the first Disney licenses in the Netherlands. It was for the production of a series of wooden puzzles, most of which would be exported to Belgium.

When obtaining the license, the Klaus family was told that the images for their round puzzle discs would have to be delivered by the Disney company. Yet, one of the owner's sons, Vincent, was a fine artist and set about drawing his own. The father sent the examples to Disney. They liked the samples so much that they approved them. So in the end, all of the Disney puzzle discs would be designed by Vincent Klaus.

This children's puzzle disc features Snow White opposite the Witch, with the Seven Dwarfs and their cottage in between. 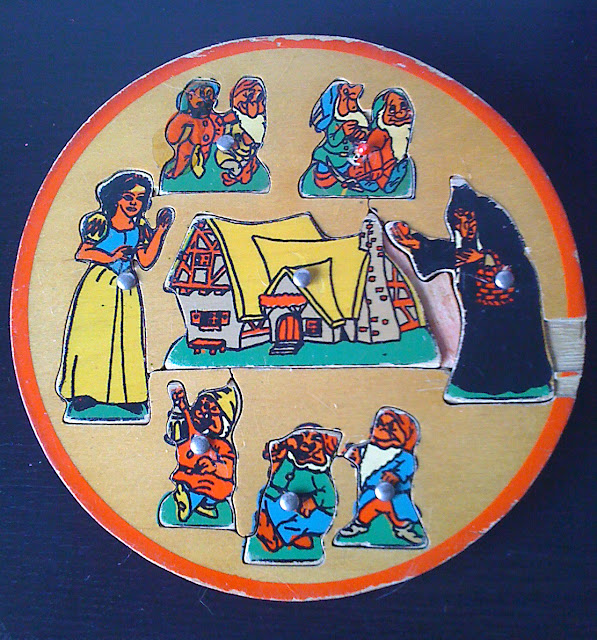 
A few other Kolibri non-disc puzzles... 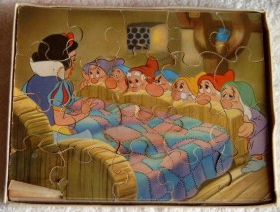 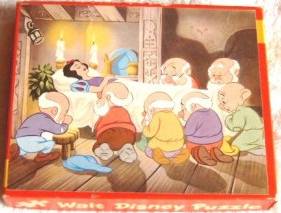 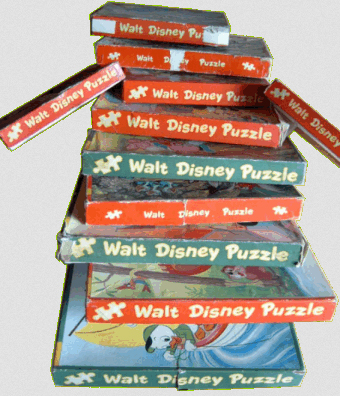 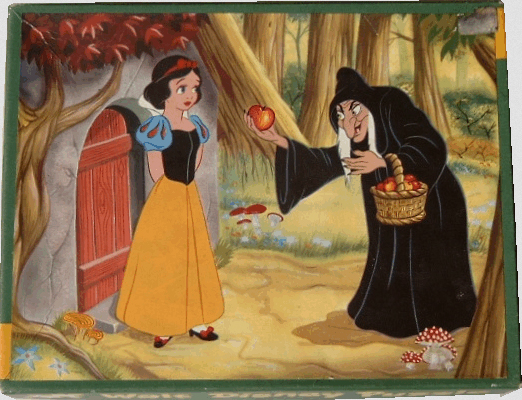 Additional images via the Kolibri Puzzle website.
Posted by Snow White Archive at 12:01 AM