Walt Disney's Snow White and the Seven Dwarfs Game from 1993, by Milton Bradley. "Be the first to climb the mountain and awaken Snow White." For 2-4 players, ages 5 and up. 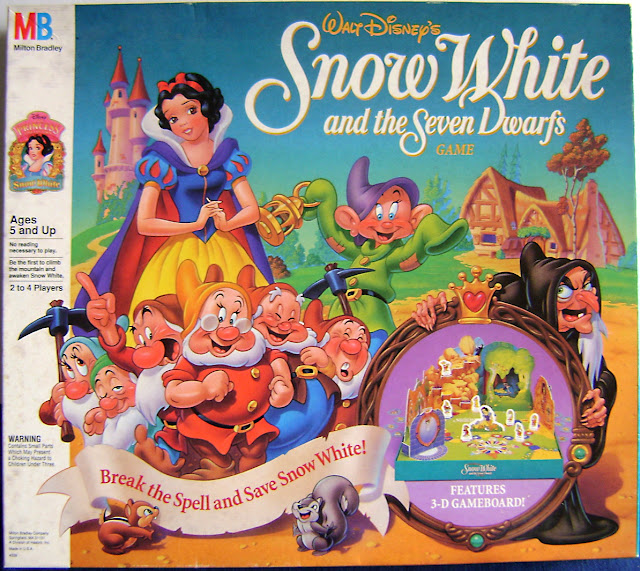 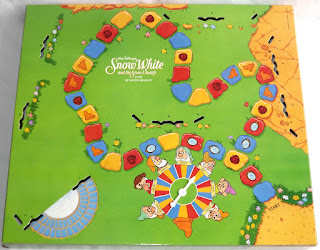 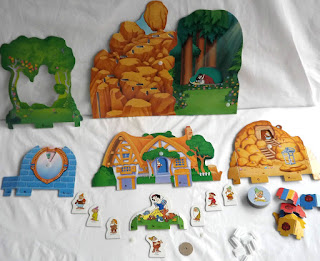 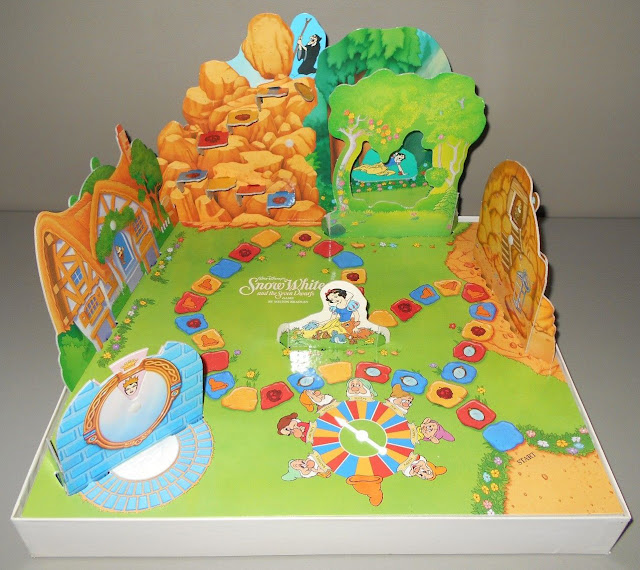 The spinner arrow indicates which dwarf to move and what color to land on. Each player has several dwarf tokens which can be traded with others or lost to the poison apple. The object is to be holding the disc that matches the first dwarf to reach the top. 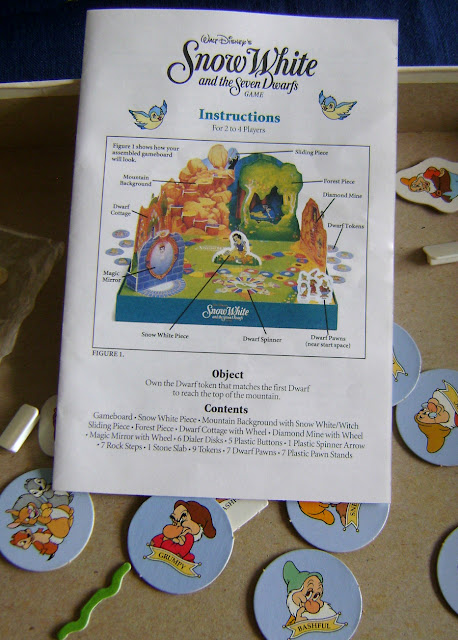 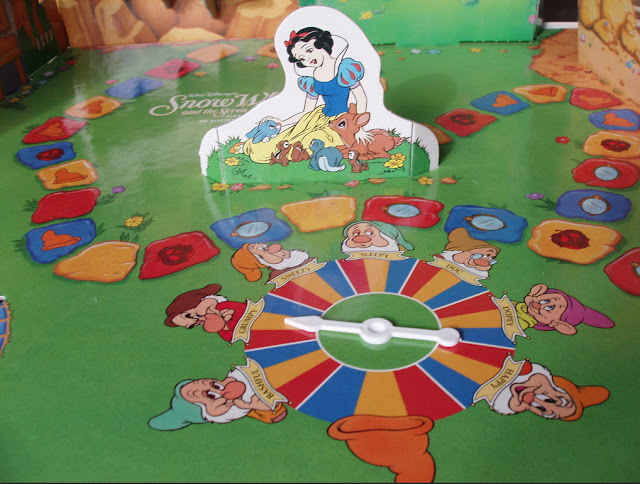 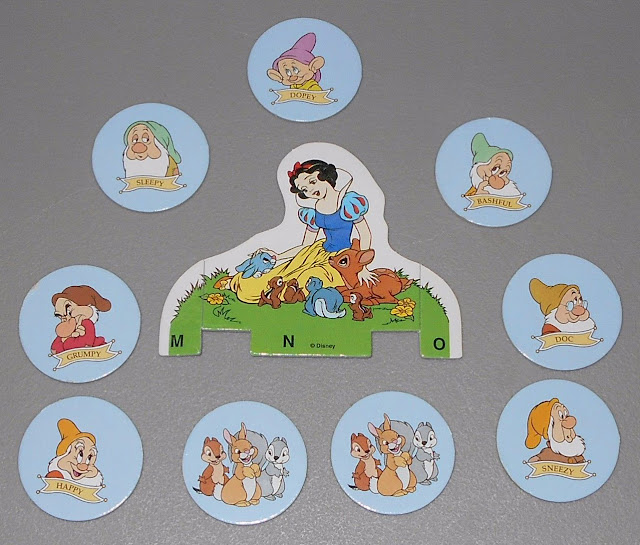 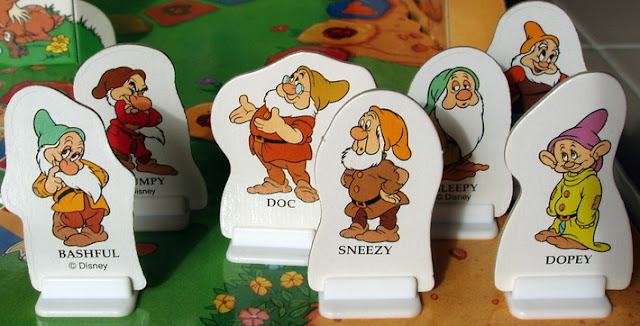 The stand-up components with sliding picture wheel attached to the back of each. 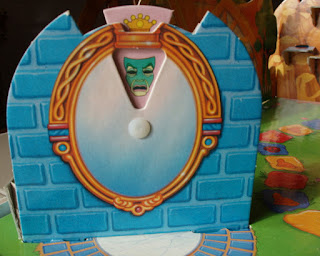 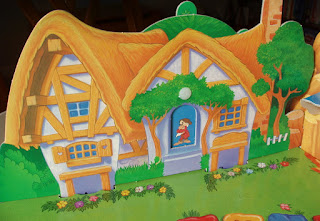 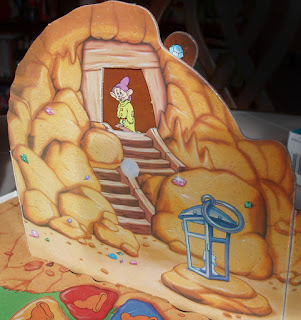 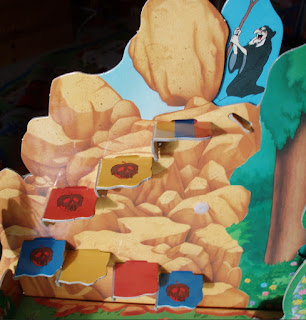 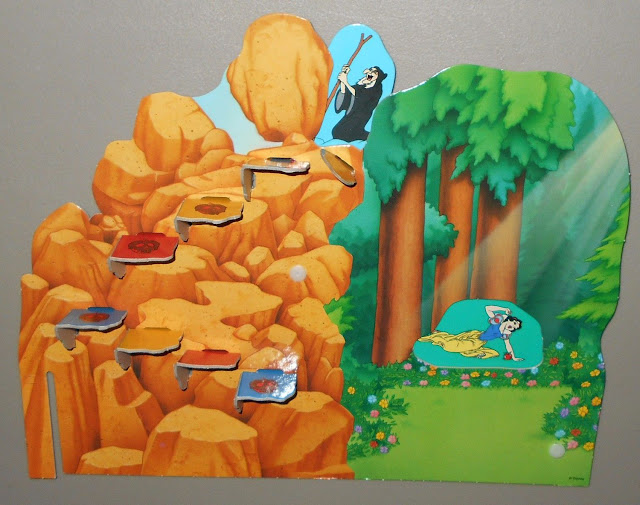 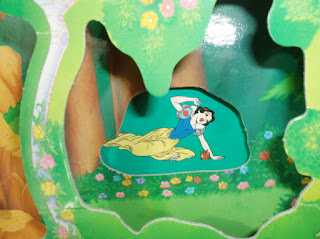 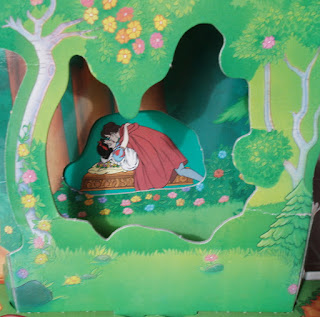 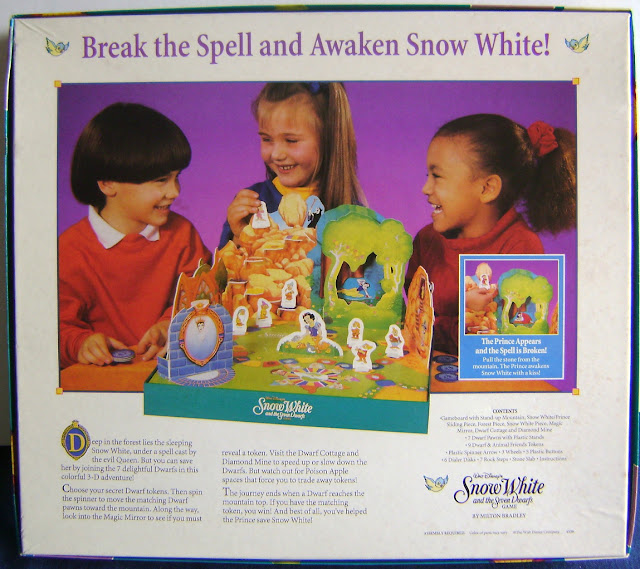 Additional images via Board Game Geek.
Posted by Snow White Archive at 12:01 AM