Walt Disney's Snow White and the Seven Dwarfs is a small 28-page book that was originally issued in 1957 by Whitman Publishing Company (a subsidiary of Western Publishing) in Racine, Wisconsin. It was part of their "Tell-A-Tale" series. Hardcover; approximate dimensions: 6.25" x 5.5".

Some interesting stylized artwork is seen on the cover and throughout the book. 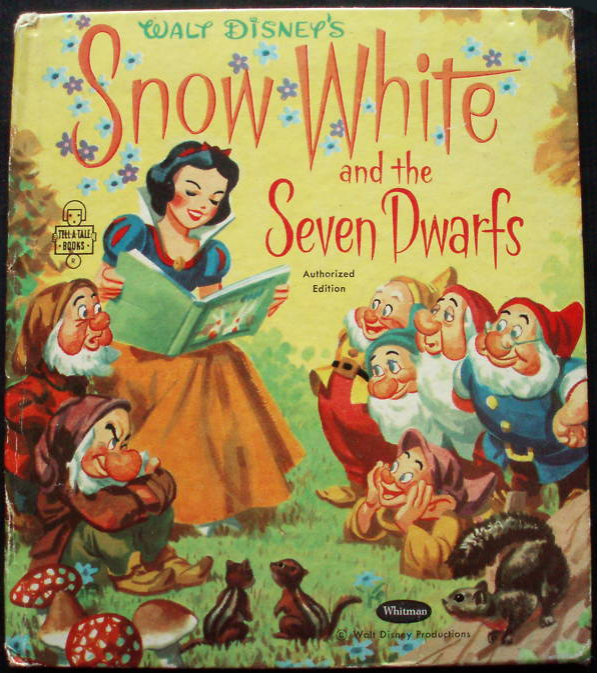 The story was adapted by Helmuth G. Wegner. "Pictures by the Walt Disney Studio." 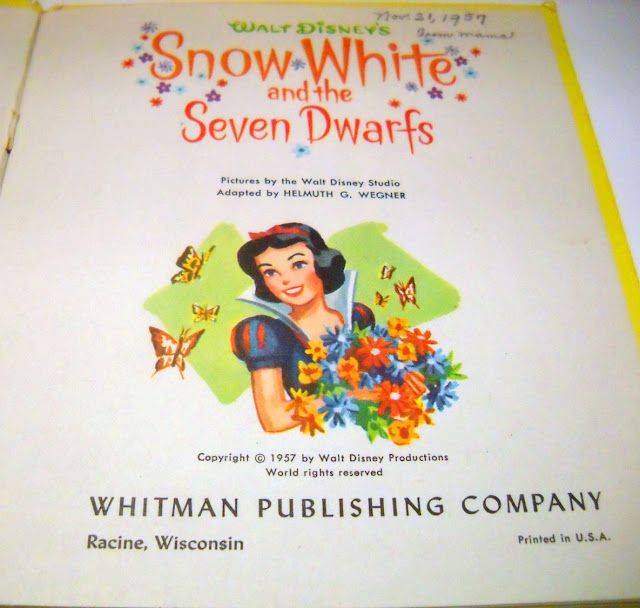 Western reprinted the title many times over throughout the years. It remained the same inside, but new cover art was added in subsequent releases. A price of 25¢ is marked on the front corner of the edition below. The item no. 2533 is listed on the back cover. 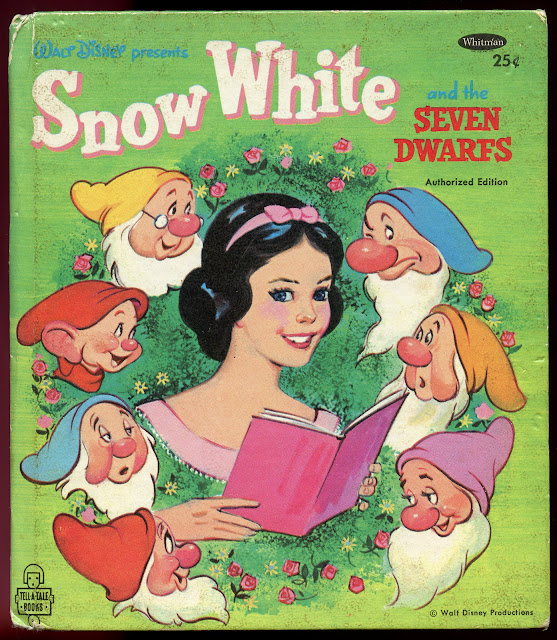 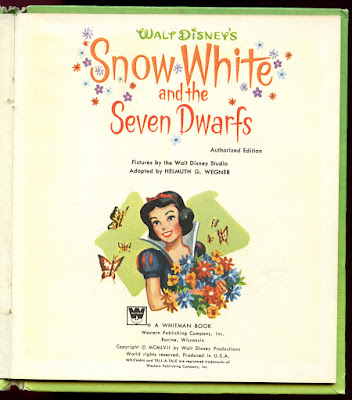 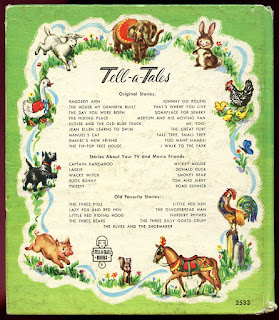 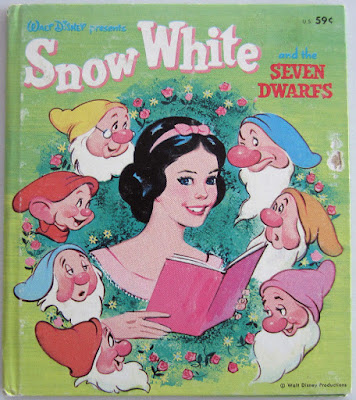 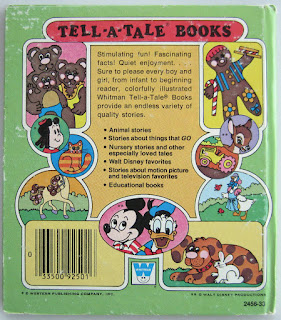 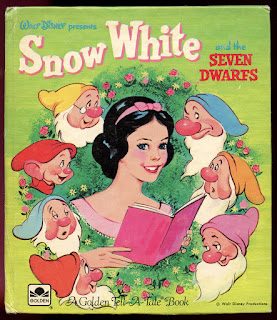 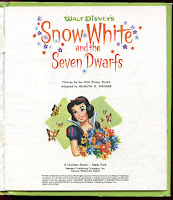 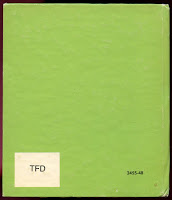 Still another printing, this one with the classic Snow White title font, plus a yellow background rather than green. It also has a UPC barcode on the back. Retail price of 69¢. Item no. 2455-53. 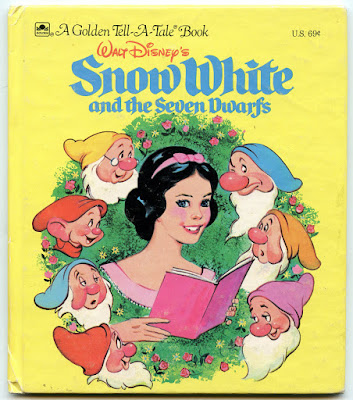 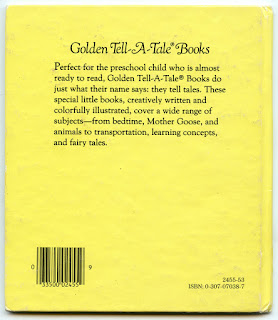 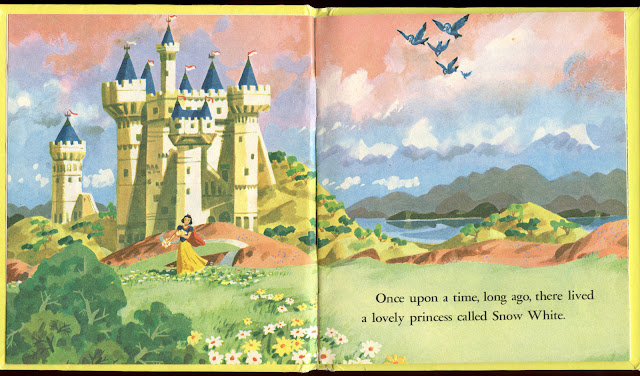 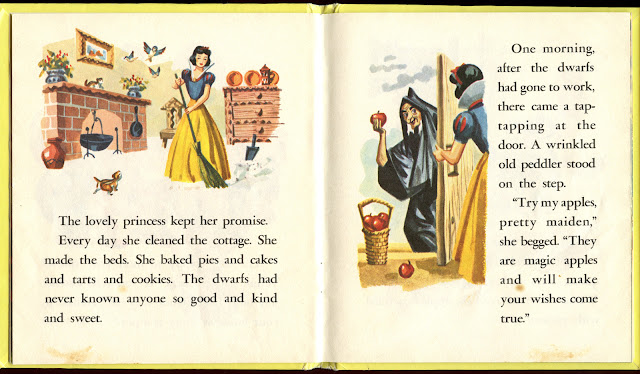 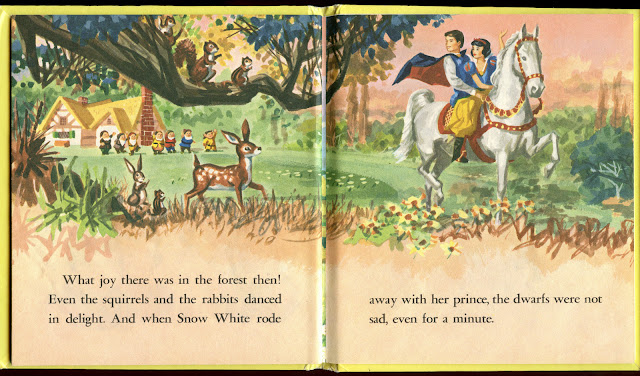 
This little book was probably reprinted more times than we'll ever be able to count. Special thanks to Dan Alexander Dizmentia for graciously donating his copy to the Filmic Light.
Posted by Snow White Archive at 12:01 AM